@AngelaRayner
Inflation hits a 40-year high of 9% after a 54% increase in the energy price cap. Rishi Sunak dismisses giving families help as “silly”. Last night Tory MPs had the chance to back our plan to support millions with their energy bills. They refused. https://t.co/Tar8vAzmjF
18 May, 06:22 AM UTC

@Nigel_Farage
The Retail Price Index has hit 11%. The Bank of England and No 10 want to blame Ukraine but inflation was already here. We are being led by incompetents.
18 May, 08:35 AM UTC

Claudia Jones School for Political Education
@ClaudiaJonesEdu
The only way to permanently end inflation is to end capitalism.
17 May, 01:25 PM UTC

@PJTheEconomist
Inflation overall is 9%. But our analysis suggests that the poorest are facing an inflation rate or around 11%. That’s because they spend a large fraction of their budget on energy and food. Their benefits of course rose by just 3.1%. https://t.co/b4at9U7C69
18 May, 06:55 AM UTC

Richard Murphy
@RichardJMurphy
Ways to tackle inflation (a thread): 1) Cut the government tax and duty take on energy to the April 2021 level 2) Change the way electricity is priced so it’s based on the average cost of production from all sources, and is not based on gas generation alone 3) Cut interest rates
18 May, 07:07 AM UTC

Shackleton #TeamBoris #BackBoris #HoldTheLine
@Shackleton_1922
Reminder; 1977 under @UKLabour the inflation rate was 15.89%!! No European war. No World pandemic. Just Labour, all by themselves!
18 May, 07:17 AM UTC

@GeorgeMonbiot
The government has spent years telling us that austerity and low pay are essential to prevent inflation. Now we have the austerity, the low pay and the inflation.
18 May, 12:04 PM UTC

Bitcoin Archive 🗄🚀🌔
@BTC_Archive
55% inflation in Argentina, but the IMF pressured the country to discourage #Bitcoin adoption before agreeing to a $44b loan.🤨
18 May, 12:14 PM UTC

@georgeeaton
We’re about to discover what happens when you have the inflation of the 1970s with the gutted trade unions of the 2020s.
18 May, 11:37 AM UTC 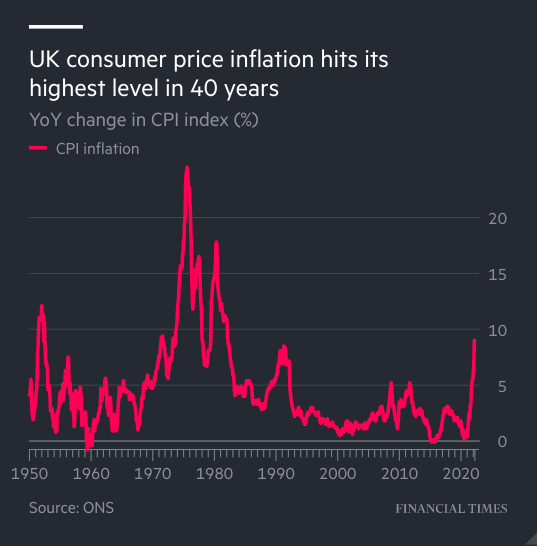 NahBabeeNah
@NahBabeeNah
And inflation is a sign of a strong economy. https://t.co/Aq5u0ivFe0
18 May, 03:04 AM UTC

Andrew Pierce
@toryboypierce
Inflation hits 40 year high and @bankofengland staff are required to work only 1 day a week. if a private company delivered such appalling results they would have to do a 7 day week to make up for it
18 May, 11:22 AM UTC

@newsmax
The risk of the U.S. entering a recession is "very, very high," and U.S. consumers and businesses should plan accordingly, Goldman Sachs Group Senior Chairman Lloyd Blankfein says. https://t.co/bcjUs7MdbN
18 May, 11:22 AM UTC

Prem Sikka
@premnsikka
UK inflation rate 9%, one of the highest in Europe. Glut of natural gas. UK can have more, lacks storage capacity. Wholesale price lowest for 18mth. Domestic energy costs up more than 54%. Corporate profiteering is rife. 75% of inflation due to energy prices. Govt incompetent.
18 May, 12:00 PM UTC 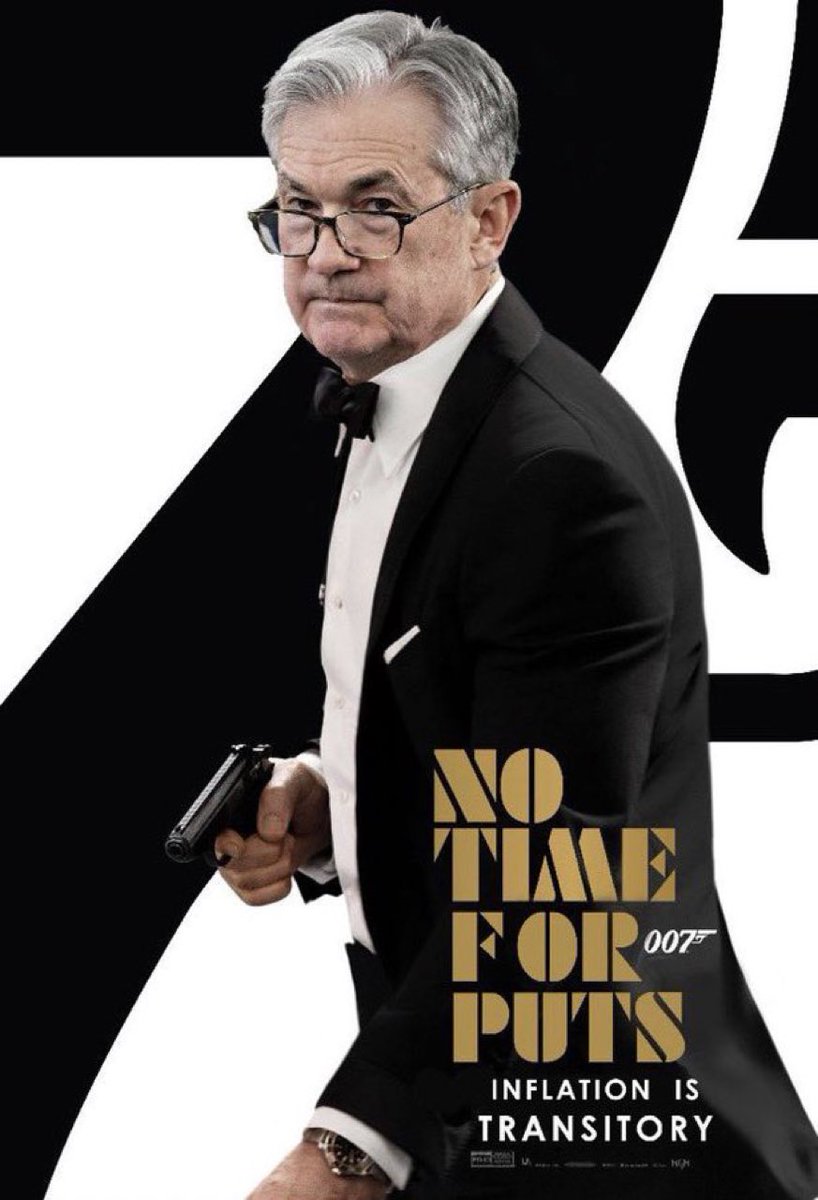 @theSNP
.@Ianblackford_MP: "People didn’t need to see this morning’s official statistics to know we are experiencing the worst inflation in 40 years. They know it because they are living with it." #PMQs
18 May, 11:20 AM UTC

M Naqvi
@NaqviMA
Morning #JohnsonOut114 & everyone. Another Brexit benefit and Tory Govt failure. Inflation hit 40 Year high at 9%. The Last time inflation was recorded this high it was also during a Tory Govt. - in the reign of Tatcher the Milk Snatcher. #JohnsonOut114 #ConservativeCrooks 💙 https://t.co/hrjK06fI6X
18 May, 06:18 AM UTC

Tony Yates🇺🇦🌻
@t0nyyates
Inflation is not a ‘massive govt and BoE policy failure’. It’s how we’ve chosen to let the unavoidable food and energy price rises manifest themselves. https://t.co/nrVL1vxaSi
18 May, 07:30 AM UTC

@DarrigoMelanie
Gas is up to $6 per gallon in some areas. Oil industry profits are up 300% since this time last year, with the top 5 companies reporting $35 Billion in Q1 profits this year. This isn’t inflation. This is price gouging. Pass the Big Oil Windfall Profits Tax.
18 May, 12:17 PM UTC

Āsurā
@iAsura_
Imagine the level of outrage if we had Congress Govt at center with Petrol at ₹105 and WPI inflation at 15.08% with dead bodies of desi retail giants & telecom trio/duopoly… IMAGINE THE OUTRAGE !! But, Congress do not have that #dopamine magic wand 🪄 that BJP has!!
18 May, 11:52 AM UTC