ISIS is trending on Twitter. Popular tweets on ISIS.

Abhinav Prakash
@Abhina_Prakash
They want India to bring back ISIS brides on ‘humanitarian’ grounds but oppose India giving citizenship under CAA to those persecuted by the ISIS.
15 Jun, 08:01 AM UTC

Abhishek
@AbhishBanerj
I have to ask. Why is media describing 4 female ISIS members from India as "widows of terrorists" instead of "terrorists"? These 4 individuals are sitting in Kabul jail. Just because they happen to be female, we cannot call them terrorists?
15 Jun, 03:11 AM UTC

@OpIndia_com
Pinarayi Vijayan waters down ISIS "fighters" as their Kerala-born widows seek to return to India https://t.co/D3gODyVQNp
15 Jun, 06:30 AM UTC

@swati_gs
From the NIA chargesheet on several men and women leaving Kerala to join ISIS: The group believed that India is a land of kafirs, Dar-up-Kufra and not Dar-up-Islam where Sharia is established. Why do ISIS widows want to return to this land of kafirs now? 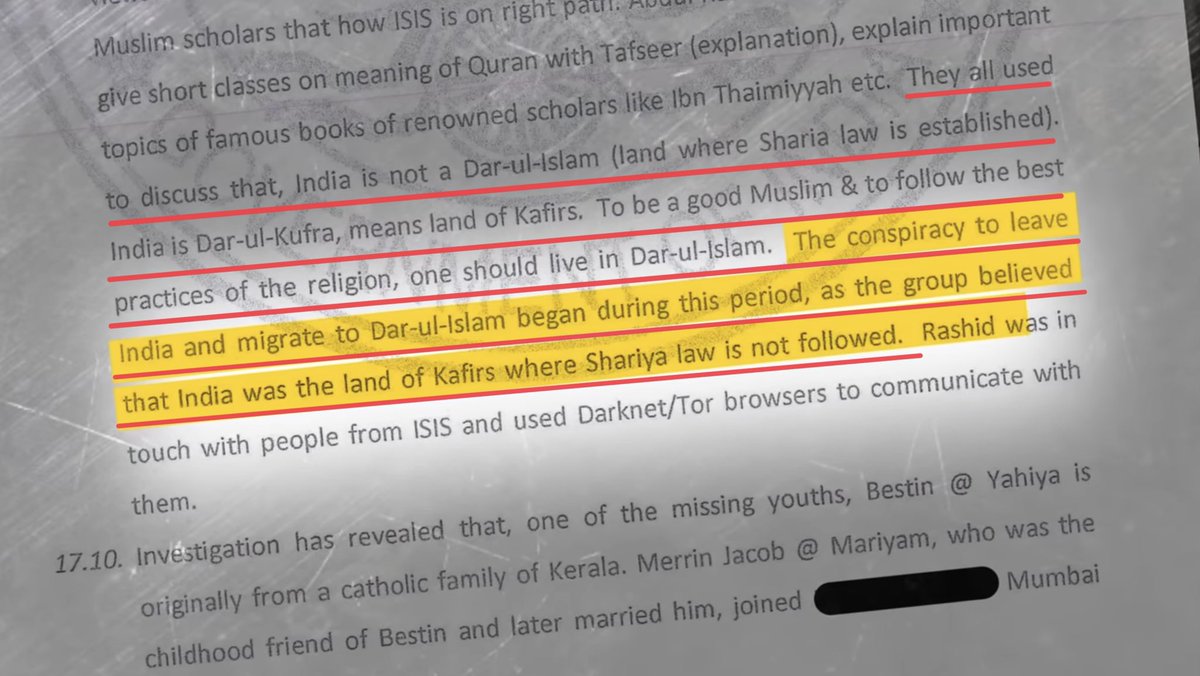 Ju (Littlemissgiggles)
@imasurvivor66
Don't fall for this bullshit. She knew exactly what she was doing and what ISIS is about... https://t.co/0XIEvr0eG5
15 Jun, 10:22 AM UTC 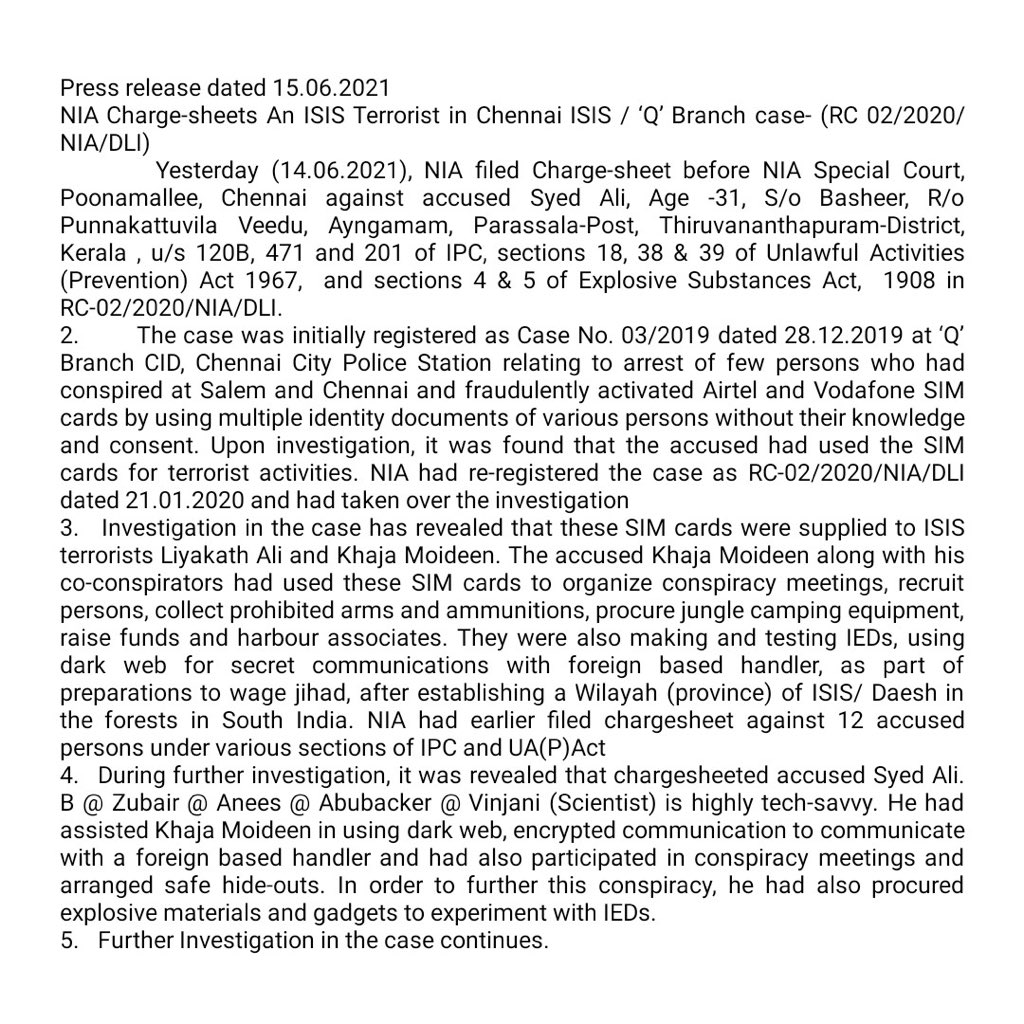 Nathan Tankus
@NathanTankus
This is really dark & I also can't help but think about ISIS & Al Qaeda's long-standing recommendation to use cars in attacks.This kind of violence was always coded as the height of "terrorism" & it's really weird to see it lose that connotation (because of whiteness)in real time https://t.co/T7ntQ7neFG
15 Jun, 11:08 AM UTC

ANDIBABY
@ANDIBABY8
Shamina Begum says she was a dumb kid when she fled to ISIS. She must think we are dumb f**ks if she thinks we want her back here - and as for the wokettes asking for her return saying she didn't know what she was doing.....these are the same people who want 16years old to vote!!
15 Jun, 01:18 PM UTC

@AdvaitaKala
Should the ISIS widows in jail in Afghanistan be allowed to return to India? @KahaliNow
15 Jun, 09:47 AM UTC

@arunpudur
Jihadists have begun pushing the 4 ISIS female terrorists as 'Widows' & wives of 'fighters' An adult who consciously joined ISIS & participated in unspeakable terrorism against non-muslims is forever a threat. The world's most dangerous terrorist is a Women aka 'Black Widow'.
15 Jun, 02:15 PM UTC 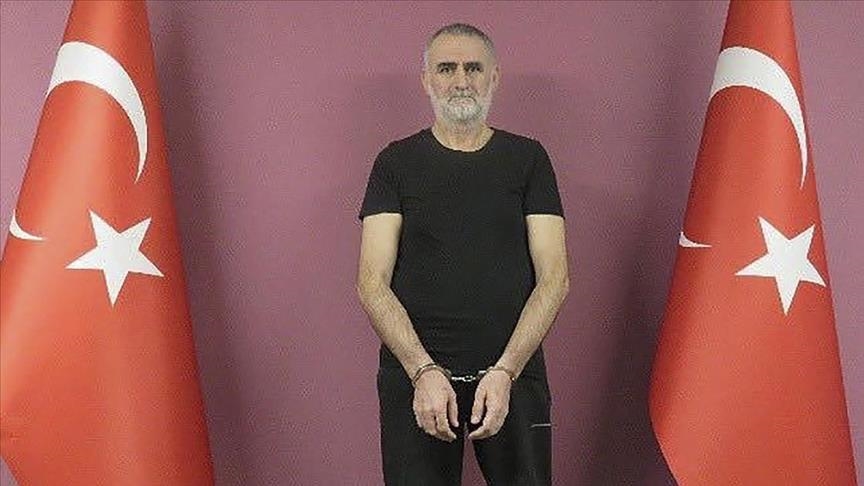 ANN COOPER
@MSANNCOOPER
Not, it's not a difficult case. She picked her side. Barbarous ISIS, keep her out @GBNEWS
15 Jun, 12:19 PM UTC

-- GEROMAN -- I fell in love with #NATO -
@GeromanAT
Another evidence that women who followed ISIS are not ISIS' wives but ISIS. They should be punished like their men - but not "at home" - no - there where they committed their crimes - in Syria and Iraq. Period. https://t.co/2sfn3Tmeoo
15 Jun, 01:57 PM UTC

Anil
@ChandyAnil
A society believed in unity in diversity.The world has seen how radical groups has devastated nations,whether it is Taliban or ISIS,it has destroyed civilisations.Hindutva- a volcano of hatred,if not nipped in d bud,will eventually erupt and destroy one of d oldest civilisations.
15 Jun, 12:51 PM UTC

Constantin Barcov ☭ Free Palestine 🇵🇸
@ConstantinBarc5
@SkyStapley @MikeKofiA If your country is attacked and an ally comes to help you, is the said ally an invader? They came at the request of the Afghan government to fight the Mujahideen, which were helped by the US, which would later become the Taliban which later became Isis and al-Qaeda. History!
15 Jun, 08:58 AM UTC

dishevelled pimp
@gokuw33dlord
Remember when everyone was like “you have to call Isis ‘Daesh’ they hate that”
15 Jun, 03:33 PM UTC

His Excellency Sophitsho
@TheZingOne
Oh gosh! Now ISIS is going to see this and the US army is going to have to intervene 😢 https://t.co/qtyLRe03Rd
15 Jun, 01:12 PM UTC

Isis Journal
@IsisJournal
In our June 2021 Issue we dive into the world of Research Film. Click the link below for our open access articles to read and watch what it's all about! https://t.co/un7krBCX1P https://t.co/hAQDWTxOXa
15 Jun, 01:33 PM UTC