@IlhanMN
It’s shameful for colleagues who call me when they need my support to now put out a statement asking for “clarification” and not just call. The islamophobic tropes in this statement are offensive. The constant harassment & silencing from the signers of this letter is unbearable. https://t.co/37dy2UduW0
10 Jun, 04:43 AM UTC

rebel ☪︎
@yqimiy4
how many times do muslims have to tell people that lil nas is islamophobic for y’all to listen i’m tired
09 Jun, 05:53 PM UTC

@davidmweissman
Hey, #IstandwithIlhan because I see her compassion for human life. She came from a rough upbringing and lived the American dream by becoming a congresswoman. This American Jew will fight the Islamophobic hate she gets every day, I've had enough! @IlhanMN
10 Jun, 01:25 PM UTC

@mehdirhasan
House Democrats lining up to suggest their colleague @ilhanmn of supporting or giving cover for terrorist groups are not just willfully misrepresenting her remarks, but engaging in clear Islamophobic tropes and sadly helping to once again increase murderous threats against her. https://t.co/FBmonXRBg7
10 Jun, 01:33 PM UTC

@TarekFatah
What is ‘Islamophobia’? Can a Muslim be Islamophobic? Sounds ridiculous, but most Muslims who critique their own religion are labelled ‘Islamophobic’ by Western Liberals who feel while they have the right to critique their faith, we Muslims dare not. https://t.co/vPjSUEznr8
10 Jun, 04:25 AM UTC

IfNotNow🔥
@IfNotNowOrg
The Jewish members of Congress using Islamophobic tropes to smear @IlhanMN do not represent the American Jewish community. They are more interested in protecting Israeli occupation and apartheid than working towards Jewish safety and equal rights for Palestinians & Israelis.
10 Jun, 12:55 PM UTC

Ariel Gold אריאל 🕎 ☮️🔥✡️
@ArielElyseGold
Anyone concerned about antisemitism should be outraged about the Islamophobic tropes being hurled at @IlhanMN #IStandWithIlhan
10 Jun, 12:52 PM UTC

@AJEnglish
"On Sunday, Islamophobic violence surfaced once again in Canada. It was former PM Stephen Harper who stoked it." — #AJOpinion by Andrew Mitrovica ➡ https://t.co/9e6hiqh9o5 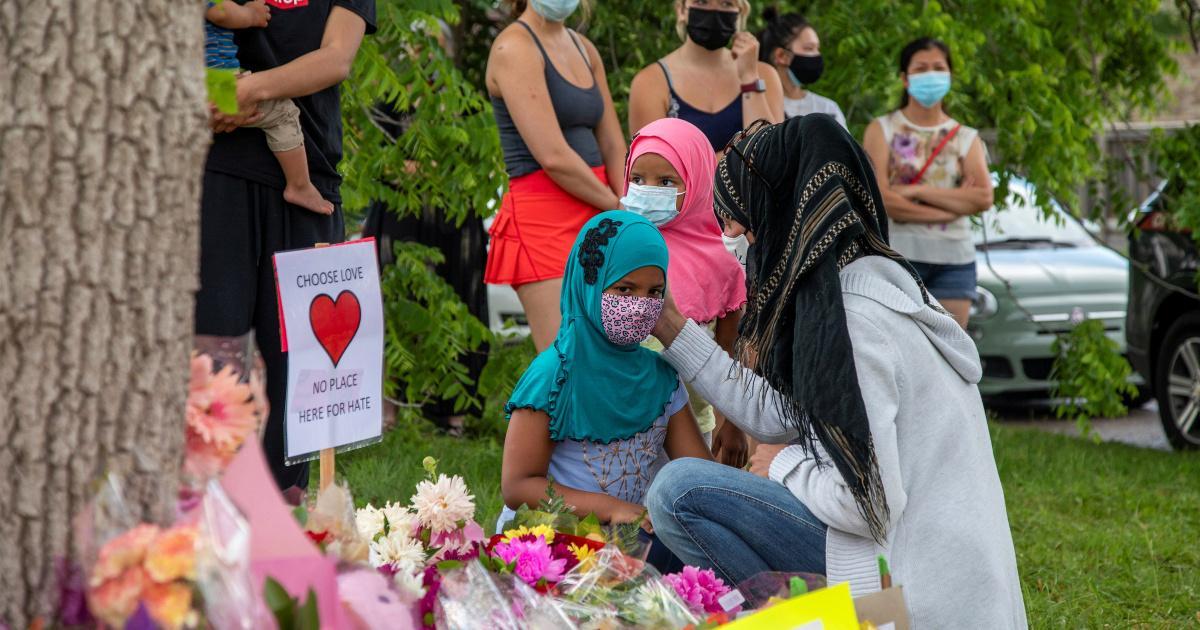 @AsYouNotWish
Twelve democrats led by Brad Schneider urge Ilhan Omar to revisit her words and not create false equivalences by equating democracies such as the US and Israel with Taliban and Hamas. Ilhan calls it, harassment and Islamophobia. Which part of this statement is Islamophobic? 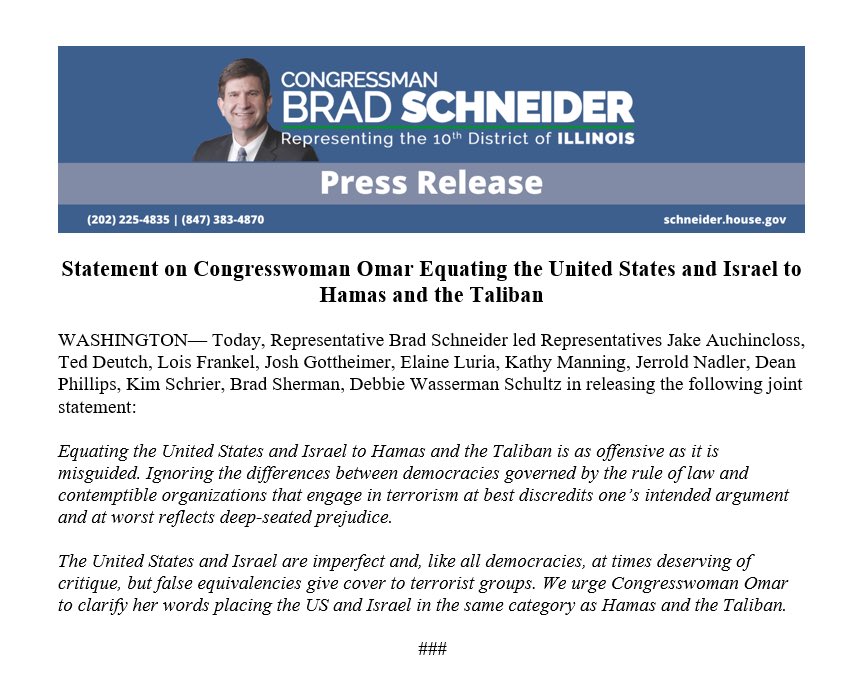 JJ ★
@richiephobic
@ayakahatesu @yqimiy4 TW islamophobia ⚠️ . . . i dont have all the islamophobic tweets but this is one and proof he was nasmaraj . i believe he also confirmed to be nasmaraj in a music vid or something https://t.co/LHGNrQ62SM
09 Jun, 06:29 PM UTC

@bungarsargon
Omar's response is classic gaslighting: She spent weeks defending Hamas but now calls it "Islamophobic" for colleagues to ask about giving cover to terrorist organizations. She says they are silencing her when they are literally asking her to clarify - i.e. to speak!

nabs
@nabrathhhh
after every islamophobic hate crime, i hold onto a small, tiny ounce of hope that at least a handful of my non-muslim friends will say or post something... but they never do. it feels like a constant cycle of disappointment.
10 Jun, 01:19 AM UTC

Faizan 🇵🇰
@chaiwalabro
Please donate GENEROUSLY for the young boy who lost his family in an Islamophobic attack in London, Ontario. The 9 year old has no family left. Your donation will atleast provide him with a better upbringing without a family https://t.co/14qKKJdBmR
10 Jun, 01:59 AM UTC

Socialist Boomer
@SocialistBoomer
Protect her at all costs. There is only one Ilhan Omar. We ALL know what could happen. We ALL know that this islamophobic hatred was being fostered by members of BOTH parties. All to protect their WARS and their APARTHEID. smdh. https://t.co/FGiRjIoOaH
10 Jun, 02:48 PM UTC

@AndrewSolender
Rep. Ilhan Omar's spox out with a statement this AM accusing her Democratic colleagues of "ginning up... Islamophobic hate against her." 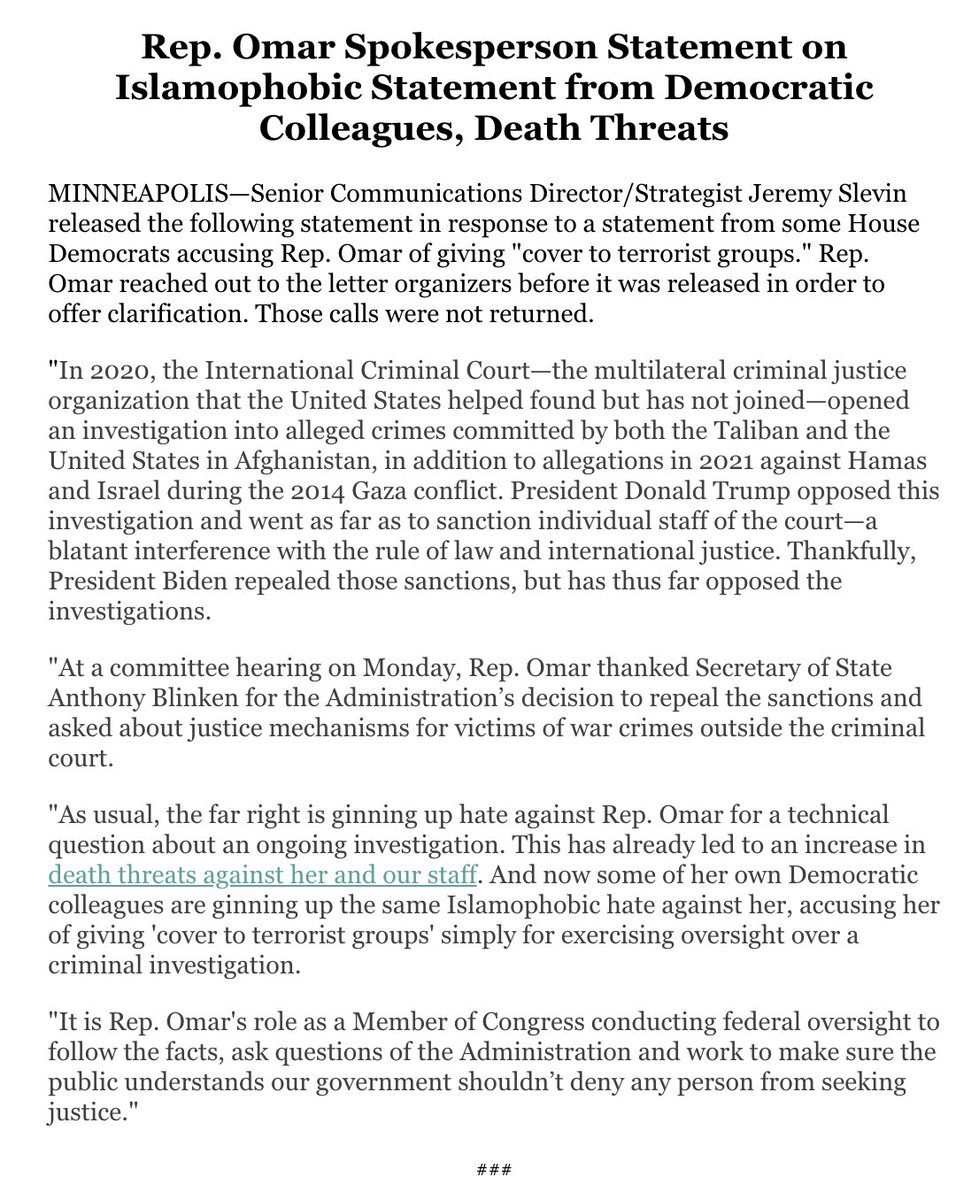 🥈imperialism over-understander🌻🕊🥭🇵🇸
@fOrGiVeNcHy
Many people preferred Bernie over Tulsi, as Tulsi is openly Islamophobic & supports Modi, the BJP, & RSS! 😡 False accusations of Hinduphobia that I have been hit with always come with the bad faith assumption that I am a Muslim, but I have never once claim that identity so…???
10 Jun, 02:03 PM UTC

عاصم صدیق
@Asim_ISF
A family killed in 'Islamophobic attack This news is no where on any European news channel. Imagin if driver was Muslim and victim family was a non Muslim family it would have been on all TV channels over and over again. #IslamophobiaPromotesTerrorism
10 Jun, 11:51 AM UTC

عاصم صدیق
@Asim_ISF
Muslims around the World will Have to Understand that This World is Propagated By Islamophobic Media So If You're Living with Non-Muslims, Remember That They're Effected By This Virus. Stop Living in Islamophobist Countries for Some Pennies. #IslamophobiaPromotesTerrorism
10 Jun, 11:43 AM UTC

NadiyaTahir🇵🇰🇸🇩
@Kemiyagr
@Asim_ISF Lack of Muslim ummah is major cause of this issue, they don't answer these Islamophobic terrorists . #IslamophobiaPromotesTerrorism
10 Jun, 11:50 AM UTC

@SuzeMorrison
Thank you @motherofpeacerp for organizing Candlelight Vigil last night in #RegentPark to grieve the family killed by a hateful act of Islamophobic terror in London and the 215 Indigenous children at the site of a former residential school in BC. https://t.co/nSzsmCPub4
10 Jun, 02:44 PM UTC

Doc.
@Hmxi03
#IslamophobiaPromotesTerrorism We strongly condemn the Islamophobic incident that resulted in the tragic death of four family members of Pakistani origin, in London, Ontario
10 Jun, 11:05 AM UTC

(((Zac Russell))) ✡️
@zacrussell93
I have defended Ilhan Omar when she was right, but this is ridiculous. Calling for a clarification of an apparent comparison of the US and Israel to terrorist groups is not Islamophobic. https://t.co/fvZzlQHpQf
10 Jun, 02:56 PM UTC

Courtney Hagle
@CourtneyHagle
Headlines like this are garbage and only further the torrent of Islamophobic abuse directed towards @IlhanMN Citing an open ICC case and noting that they have all committed atrocities is both accurate and in no way "equating" the U.S. and Israel with Hamas or the Taliban https://t.co/j1XPnW2aX1
10 Jun, 01:46 PM UTC

Hassan El-Tayyab
@HassanElTayyab
I stand with @IlhanMN. She has been bullied by her colleagues in the House of Representatives for too long and it must stop. @SpeakerPelosi, please issue a statement urging these lawmakers to stop harassing and trying to silence Rep Omar with shameful islamophobic tropes. https://t.co/UyrxpbQ130
10 Jun, 02:52 PM UTC