Izzo is trending on Twitter. Popular tweets on Izzo.

ᗩᑎT ᗯᖇIGᕼT
@ItsAntWright
I love how Izzo knows he can’t play Foster but does it anyway
26 Feb, 12:27 AM UTC

@BSB_Wolverine
First thing out of Izzo’s mouth during halftime interview, whining about the refs. Shocked.
26 Feb, 12:49 AM UTC 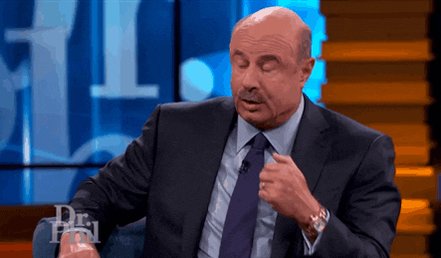 Matt Charboneau
@mattcharboneau
Izzo: "I thought Cassius, after a miserable first half, did what true champions are supposed to do. He did an unbelievable job in the second half."
26 Feb, 02:46 AM UTC

Fuck Msu
@msutrash1
Tom Izzo is such a lunatic. Really reaching March crying/complaining to the refs form
26 Feb, 01:08 AM UTC

@BSB_Wolverine
There’s only one fan base that can stand watching Tom Izzo on the sidelines and I’m honestly surprised even they can.
26 Feb, 01:16 AM UTC

Hugo Stiglitz
@jfahr
I've said this for years, but I think part of the reason Izzo is allowed to yell and scream at the refs all game and rarely get T'd up while Fran doesn't is that they're less intimidated by Izzo's tiny, elflike stature.
26 Feb, 02:10 AM UTC

Chad Blythe
@bly32
People give Fran hell, but if he acted like Izzo, he'd be kicked out of every game. It's ridiculous that refs allow that to continue.
26 Feb, 01:16 AM UTC

@Phil_Friend
I'm sure Tom Izzo wants to pull Rocket Watts off the court every 30 seconds. But he's put away the itchy trigger finger and letting the freshman cook. That's a good thing for MSU. https://t.co/voeUQyCWeg
26 Feb, 02:20 AM UTC

iowa hawtguy
@IowaHawtguy
Just finished the game. Great effort tonight. Get Wiessy back hitting big buckets and CJ healthy, we can beat anyone. Tom Izzo is the most annoying whiny little bitch in all of basketball
26 Feb, 03:43 AM UTC