@cmclymer
If Democrats don't cut ads from Richard Donoghue's remarks to Trump in the Oval Office and run them straight through the midterms, it'll be an enormous missed opportunity. #Jan6Hearings
23 Jun, 09:05 PM UTC

@AynRandPaulRyan
Listening to this #Jan6Hearings, I'm reminded that more Americans voted for the smart lady than that treasonous idiot syphilitic chode. 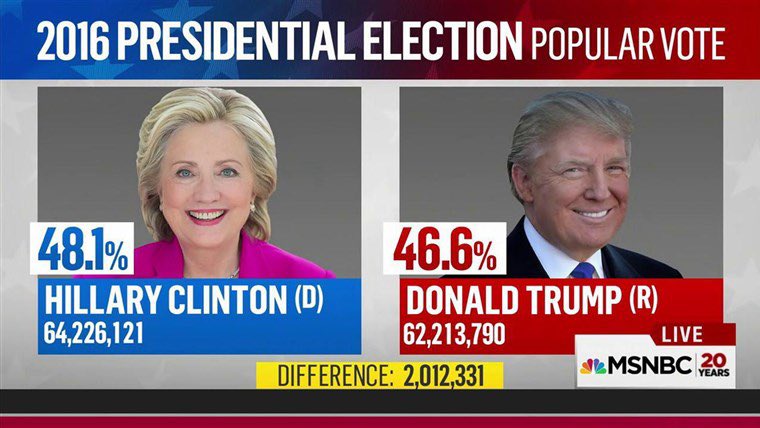 Kenny BooYah! 🖖🏾
@KwikWarren
Bombshell revelation at #Jan6Hearings today: These are the six losers who asked trump for preemptive presidential pardons for their roles in the January 6 Insurrection. Very telling. https://t.co/kDMspZYAme
23 Jun, 09:39 PM UTC

@benwikler
Today’s #Jan6Hearings are the last until July—so it’s worth highlighting today that Wisconsin’s role in the attempt to overturn our democracy wasn’t limited to Ron Johnson. It was a project that consumed most of the state’s GOP… and still does. THREAD https://t.co/xGOszncNia
23 Jun, 11:15 PM UTC

Republicans against Trumpism
@RpsAgainstTrump
🚨🚨NEW: The NYT is reporting that the Jan. 6 committee plans to unveil new evidence in today's hearing about how Donald Trump tried to manipulate the DOJ to help him cling to power after he lost the 2020 election. The #Jan6Hearings will start at 3 pm. Tune in!
23 Jun, 12:48 PM UTC

@Quicktake
Former acting deputy AG Richard Donoghue recalled a direct quote from Trump in December 2020 saying: “What I’m just asking you to do is say it was corrupt and leave the rest to me and the Republican congressmen” #Jan6Hearings https://t.co/JWfKMWVM5R 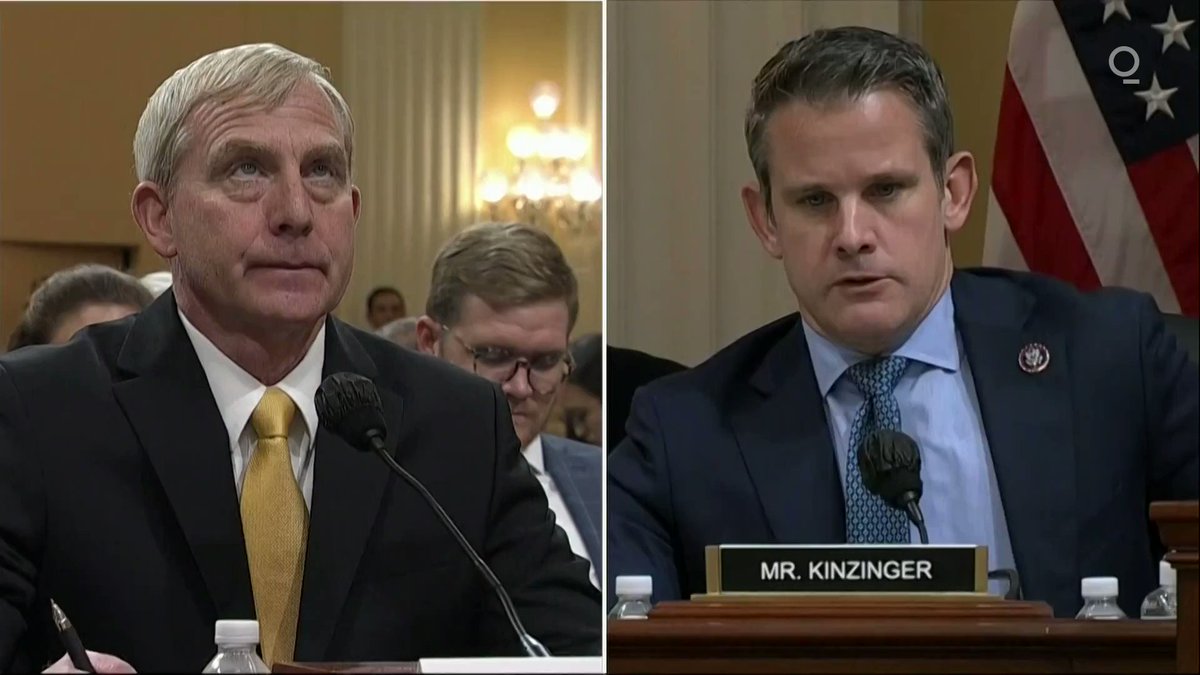 @JudiciaryDems
NOTABLE: Despite repeatedly being told that there was no widespread fraud, Trump asked Rosen and Donoghue on December 27, 2021 to “just say the election was corrupt + leave the rest to me and the R Congressmen” — a direct quote, as Donoghue told @JudiciaryDems. #Jan6Hearings 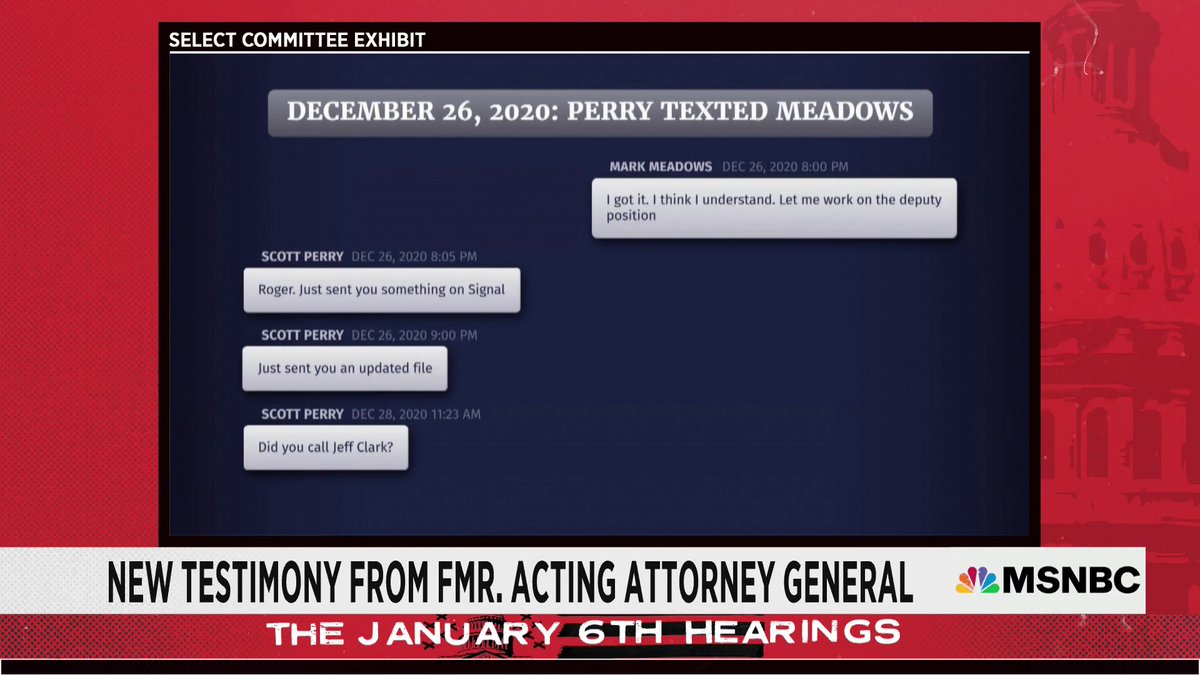 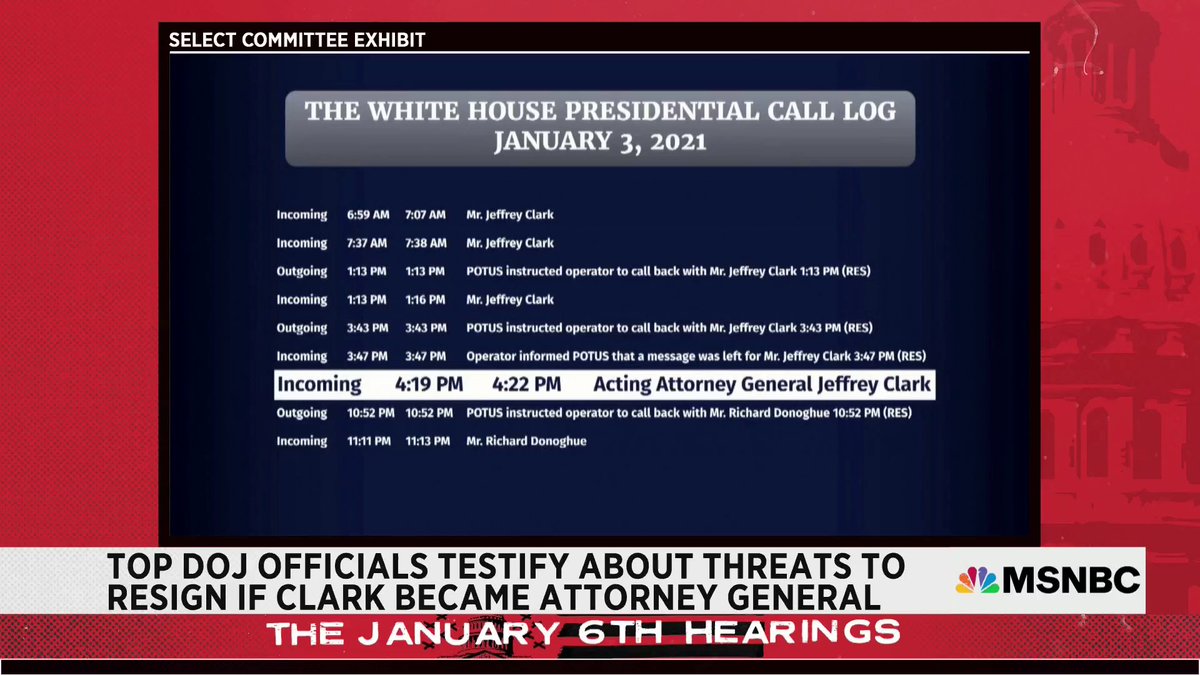 @AmandiOnAir
Today’s stunning #Jan6Hearings revelations again underscore that if AG Merrick Garland and @TheJusticeDept do not indict Donald Trump before the November midterms - so voters understand actual crimes were committed - it will be an act of dereliction, malpractice and capitulation.
23 Jun, 11:00 PM UTC

𝐾𝑒𝑟𝑟𝑦 𝐾𝑎𝑦𝑒
@ArtistKerryKaye
Being a cult survivor myself, watching this whole thing play out has been especially painful. This will be for the historians to study, how quickly a charismatic cult leader can convince their followers to commit gruesome crimes. #Jan6Hearings #January6thCommitteeHearings #exjw
23 Jun, 04:09 PM UTC

@latimes
Sean Penn sat with officers who defended the U.S. Capitol during the Jan. 6, 2021, attack by supporters of former President Trump in an attempt to overturn the results of the 2020 election. #Jan6Hearings https://t.co/gkWXTJMR1M
23 Jun, 09:45 PM UTC

@JudiciaryDems
“People tell me Jeff Clark is great. I should put him in [DOJ leadership].” — President Trump, 12/27 “[Jeffrey Clark's] the kind of guy who could really get in there and do something about this.” — Rep. Perry, 12/27 This was a Trump Republican takeover of DOJ. #Jan6Hearings https://t.co/VxZkbKB8RJ
23 Jun, 11:39 PM UTC

No Dem Left Behind
@NoDemLeftBehind
No surprise that members of the #treasoncaucus sought pardons #Jan6Hearings https://t.co/pNNS1tFTxc
23 Jun, 09:52 PM UTC

Malena-PRO-CHOICE #maskup 🌊 & Fight Tyranny!
@tweetMalena
The plan for this coup by Donald Trump must be talked about in every corner. Make a vow to talk about it with even those who you know may not want to hear about it! Do it for heroes like Officer Edwards! Do it for the future of our democracy! #jan6commision #Jan6Hearings https://t.co/FgW7RchaQ7
23 Jun, 11:39 PM UTC

Dad Of 4A's
@4a_of
Trump needs to be charged with treason, along with everyone, who was in on the biggest scam in American History! #Jan6Hearings
23 Jun, 09:04 PM UTC

@AhmedBaba_
“Just say that the election was corrupt and leave the rest to me and the Republican congressmen." Trump thought if the DOJ sowed enough doubt, maybe he and his pardon-seeking GOP allies could pull this coup off. My latest @Independent on #Jan6Hearings https://t.co/tH7Yd9xPrO
24 Jun, 12:17 AM UTC