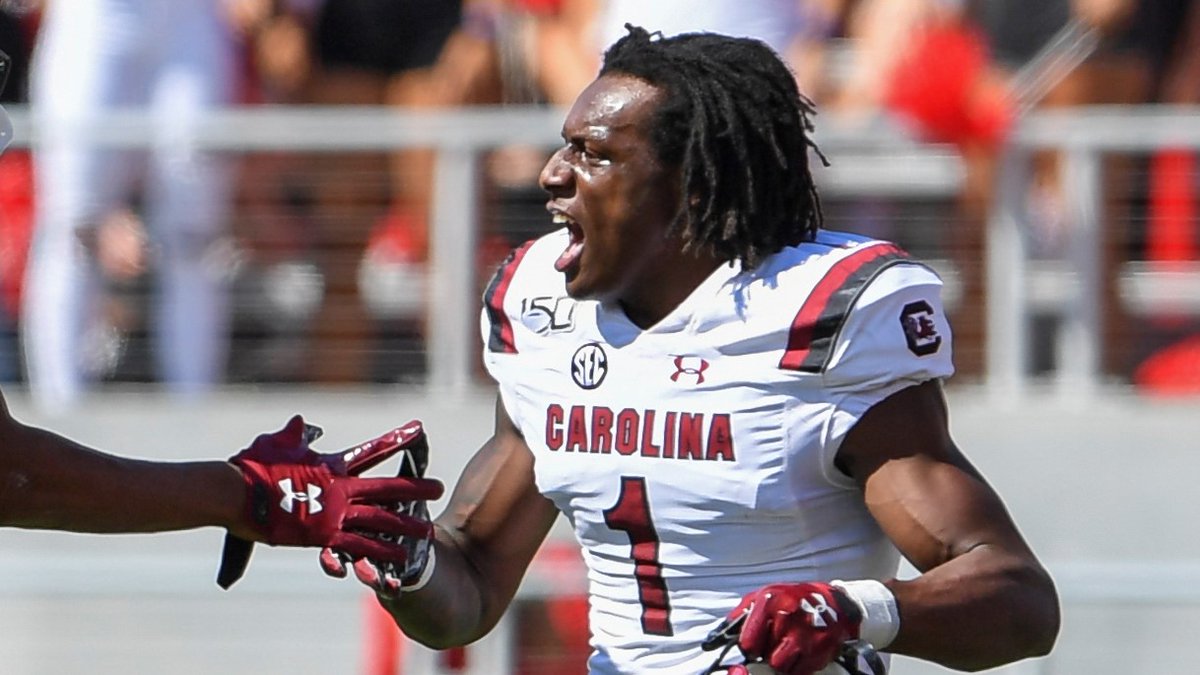 @JReidNFL
The impressive part about Jaycee Horn today is that he’s shadowed Seth Williams for most of the game. Physical man-to-man corner.

@GCChrisClark
The PI called against Jaycee Horn was - no hyperbole - one of the worst I’ve ever seen in a lifetime of watching football.
17 Oct, 06:13 PM UTC

@JReidNFL
Another INT for Jaycee Horn. His second of the day to go along with a pass breakup. He’s been impressive this season. Stock: 📈📈
17 Oct, 06:42 PM UTC

@Mike_Uva
My favorite Jaycee Horn story His dad, former NFL WR Joe Horn, found the trophy Jaycee received for being named to the SEC All-Freshman Team two years ago under the backseat of his car. Jaycee told me all he’s thought about was getting better and not looking back. @wachfox
17 Oct, 06:46 PM UTC

David Cloninger
@DCPandC
Muschamp on Jaycee Horn: "If there’s a better corner out there, I want to see him."
17 Oct, 08:01 PM UTC

@mzenitz
Jaycee Horn is showing why he’s a potential early-round 2021 draft pick and why coaches consider him one of the top cornerbacks in the SEC. Has four pass breakups and an interception while matched up against Auburn standout wide receiver Seth Williams.

SportsTalk
@sportstalksc
#Gamecocks Will Muschamp on Jaycee Horn (2 int., 4 pass breakups): If there's a better corner out there, I want to see him
17 Oct, 08:06 PM UTC

David Cloninger
@DCPandC
Jaycee Horn carries a ball with him to post-game, either the game ball or the first one he intercepted. "I'm going to walk around with that football all day. Might give it to my family."
17 Oct, 08:25 PM UTC

@BarrettSallee
South Carolina tops Auburn for the first time since 1933. Takeaways: A huge win for Will Muschamp, the Jaycee Horn is a stud and Auburn's offense is a complete and abject disaster https://t.co/aKbxkg9IM3
17 Oct, 08:26 PM UTC