@realDonaldTrump
When I terminated John Kelly, which I couldn’t do fast enough, he knew full well that he was way over his head. Being Chief of Staff just wasn’t for him. He came in with a bang, went out with a whimper, but like so many X’s, he misses the action & just can’t keep his mouth shut,.
13 Feb, 04:04 PM UTC

@JohnBrennan
While you fabricated bone spurs to avoid military service, John Kelly served as a brave & valiant military officer. One can disagree with John’s views, statements, or actions, but there is no denying he is an American patriot. You, however, will always be a national disgrace. https://t.co/pyhHXiT2pR
13 Feb, 06:31 PM UTC

@AmbJohnBolton
John Kelly is an honorable man. John and I have disagreed at times, as is commonplace at senior government levels, but he has always served his country faithfully. Conservatives especially have a responsibility to reject baseless attacks upon him.
13 Feb, 10:00 PM UTC

@TheRickWilson
I’m gonna have some words on John Kelly, because fuck him. Stand by.
14 Feb, 01:05 AM UTC

@BillKristol
It's good that John Kelly is speaking up. But it would have been even better to hear his defense of Lt. Col. Vindman and his judgment on the president's "illegal order" earlier, when these issues were key to a national debate and to an important decision by our elected officials.
13 Feb, 01:34 PM UTC

@waltshaub
I don't care what John Kelly thinks. He disqualified any opinion he'll ever have when, before the separation policy, he said stealing children from their parents would be a good way to "deter" other families. He also likely knows things about Trump's corruption he isn't sharing.
13 Feb, 11:54 AM UTC

Andrea Junker
@Strandjunker
Friendly reminder that John Kelly proudly worked for a traitor, defended wife beater Rob Porter, lied about Congresswoman Frederica Wilson, and agreed with caging children. I wish he had at least half the balls of Marie Yovanovitch, Fiona Hill, Sally Yates, or Stormy Daniels.
13 Feb, 11:48 AM UTC

Greg Rubini
@GregRubini
so we have ANOTHER TRAITOR coming out of the woodwork: John Kelly - fmr Chief of Staff for President Trump. How many TRAITORS in the White House? it's a long, long list... . https://t.co/ogyWeIu1oS
13 Feb, 12:51 PM UTC

@jimsciutto
—>> Trump’s former Chief of Staff Kelly compares his pressure on Ukraine to “an illegal order”. These are remarkable public comments. How will the president and his allies attack? https://t.co/N5sT9Pt5SF
13 Feb, 11:15 AM UTC

@CarolLeonnig
This is big. People always ask me and co-author @PhilipRucker: why don't senior aides stand up in public and say what they really think of Trump's governing. John Kelly just did. https://t.co/5lIbAP9k5m
13 Feb, 02:03 PM UTC

@eugenegu
@realDonaldTrump Trump talks about John Kelly like he’s is a jilted ex despite the fact that Trump always says he hires the best people.
13 Feb, 04:10 PM UTC

@T_S_P_O_O_K_Y
Let's be clear here - Gen Kelly is part of the propaganda machine of the left. LtCol Vindman is NOT a whistleblower - he did not "receive an illegal order". He acted politically in regard to a policy he disagreed with - both Vindman & Kelly are compromised https://t.co/C00zUBvsPw
13 Feb, 03:22 PM UTC

PoliticsVideoChannel
@politvidchannel
BREAKING: John Kelly RIPS FOX NEWS:"if you only watch Fox News, because it’s reinforcing what you believe, you are not an informed citizen.”
13 Feb, 02:53 PM UTC

John Weaver
@jwgop
John Kelly is on his rehab tour. Count me out. Where was he when Trump was locking kids up on the border? (Hint: right beside him).
13 Feb, 01:39 PM UTC

@MichaelCoudrey
@realDonaldTrump John Kelly undermined the President since the first day he was hired as chief of staff. He restricted access and pushed his own self serving agenda. I’m glad he’s gone!
13 Feb, 04:06 PM UTC

@TimRunsHisMouth
@JohnBrennan This act is getting so old... You hated John Kelly when he worked in the Trump White House.
13 Feb, 06:33 PM UTC

@rgoodlaw
Trump got played by Kim Jong Un. John Kelly: “President Trump tried—that’s one way to put it. But it didn’t work. ... I never did think Kim would do anything other than play us for a while, and he did that fairly effectively.” https://t.co/VrtLcNuORj
13 Feb, 02:00 PM UTC

Richard W. Painter
@RWPUSA
Trump is retaliating against a witness who simply told the truth. His conduct is criminal. He should be impeached for this -- again. https://t.co/iUA0OkdnBN
13 Feb, 05:54 PM UTC

@KashJackson2018
Remember when @NikkiHaley said that John Kelly tried to recruit her to undermine @realDonaldTrump? 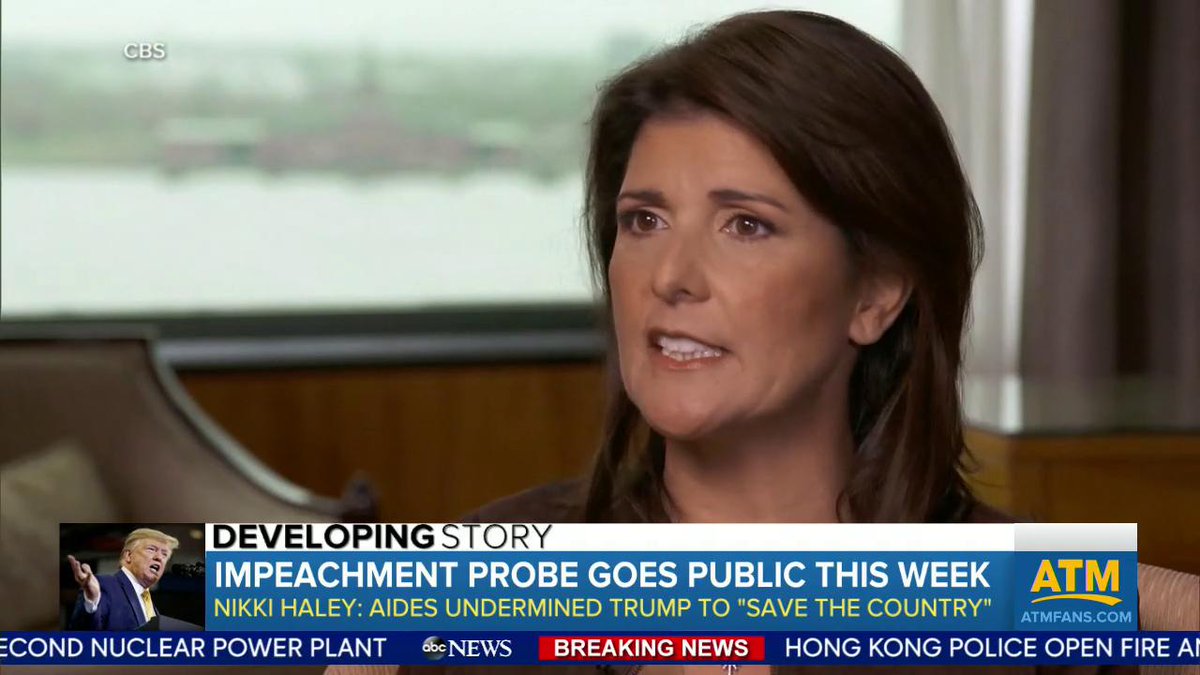 Samir
@PackersFavreFan
@AmbJohnBolton "John Kelly is an honorable man" ...and you Sir are not. You should have spoken up when the American People needed you to. You put money over Country.
13 Feb, 10:02 PM UTC

@LevinTV
Why Wait? Why would John Kelly sit around and wait to get fired? To see more, get LevinTV: https://t.co/ICZsTSuMg1 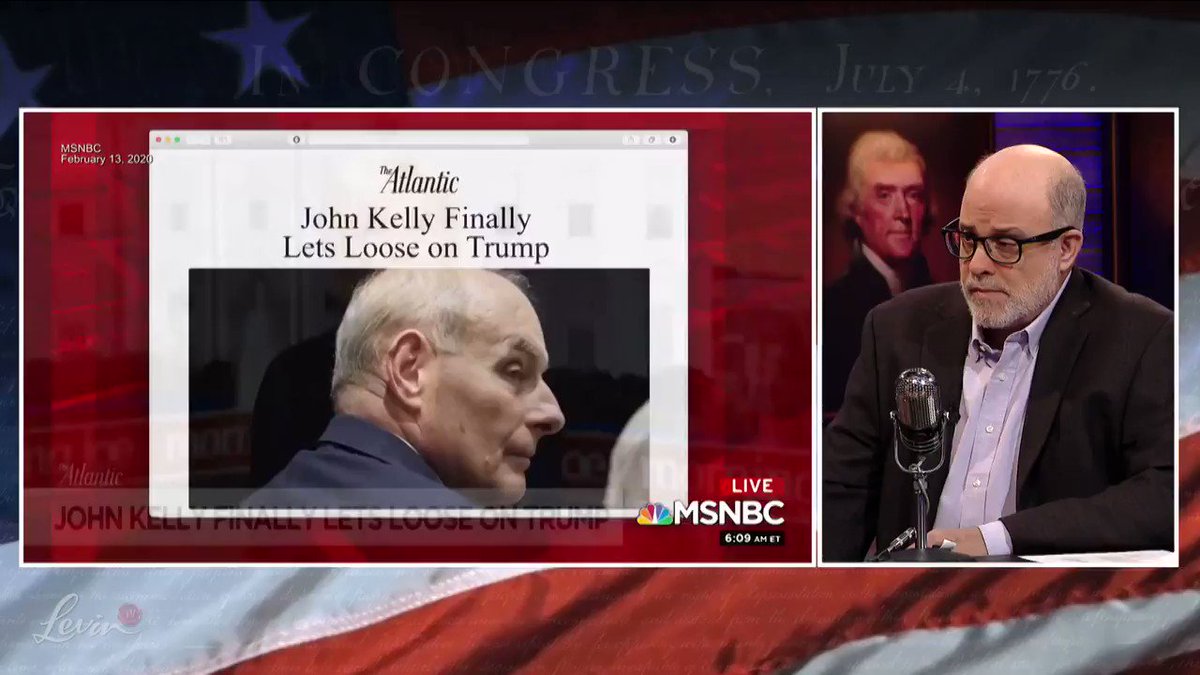 @JoeTalkShow
the left HATED General Kelly. Like a white hot hate. They HATED John Bolton.. a white hot hate. Now, they love them both? You want to be a social media and legacy media star? Simply try to throw @realDonaldTrump under the bus. The left is SO predictable. John Kelly
13 Feb, 06:51 PM UTC

@thehill
"You have to be careful about what you are watching and reading, because the media has taken sides. So if you only watch Fox News, because it's reinforcing what you believe, you are not an informed citizen," John Kelly said. https://t.co/mQYX2iTAgN
13 Feb, 05:37 PM UTC

@LouiseMensch
@realDonaldTrump Future Federal Convict says what? John Kelly is a Marine. You're a traitor. You are going to jail. You will die in jail. I reported the first FISA granted in the investigation into your campaign and I will report your arrest and jailing.
13 Feb, 04:18 PM UTC

@PostOpinions
Having Trump’s own chief of staff validate the entire narrative that got Trump impeached is not nothing, writes @ThePlumLineGS https://t.co/PZMzowkA8k
14 Feb, 04:48 AM UTC

@KatiePhang
Dear John: (For the third time), I offer to give you a ride to testify before Congress. We can carpool with John Kelly. I’ve got good coffee and snacks. And an excellent nav system. Yours, Katie https://t.co/b9Y9icVim1
14 Feb, 06:50 AM UTC

John Betts
@JohnFromCranber
@JohnBrennan I find it Impossible to Consider NeverTrumpers Like John Kelly to be Patriots - Why? They’d Condemn us to a Dem POTUS, Socialism, Globalism, Islamization, Soaring Debt, USA in Decline, + an Eventual Loss Of USA Sovereignty to a UN Comprised Mostly Of Anti-USA Dictatorships.
13 Feb, 07:52 PM UTC