@BarackObama
John believed that in all of us, there exists the capacity for great courage and a longing to do what’s right. We are so lucky to have had him show us the way. I offered some thoughts today on his life and how, like him, we can give it all we have. https://t.co/7UHT86OzEj
30 Jul, 08:47 PM UTC

@DanRather
President Obama’s eulogy of John Lewis is one for the ages, a perfect tribute of a man for the ages.
30 Jul, 06:01 PM UTC

@JoyAnnReid
President Obama eulogizing John Lewis is the salve my spirit needed today. I so miss having a president.
30 Jul, 05:52 PM UTC

@BuckSexton
John Lewis’s funeral was in Georgia. Dozens of Members of Congress were there. Georgia is on Washington DC Mayor Bowser’s list of states that require 2 week mandatory quarantine for 14 days Are these politicians going into quarantine, or are rules just for the little people?
30 Jul, 09:36 PM UTC

@robreiner
Donald Trump is a trapped rat. Truth, Decency, Equality and Justice are closing in. Racism and Idiocy don’t stand a chance. For John Lewis and for everyone who believes in freedom and human dignity, vote for a more Perfect Union.
31 Jul, 12:48 AM UTC

@charliekirk11
How is that attending John Lewis’ crowded funeral is somehow less dangerous than voting in person? 🤔
31 Jul, 06:24 AM UTC

@Lawrence
Here’s the video of Morgan Freeman reading the last words of his friend, John Lewis. https://t.co/BMwjxmPNJE
31 Jul, 03:35 AM UTC

Ashley StClair 🇺🇸
@stclairashley
If John Lewis can have a funeral with a room full of people, every other American should have the right to do the same for their loved ones. A nation that gives more rights & freedoms to government officials is not a nation of the people, by the people, and for the people!
30 Jul, 10:08 PM UTC

@JoyAnnReid
Mitch McConnell caught a left hook this afternoon from President Obama at the John Lewis memorial, as did Chief Justice Roberts. The right hook was for Trump.
30 Jul, 06:13 PM UTC

The Volatile Mermaid
@OhNoSheTwitnt
Nothing Obama said in his eulogy for John Lewis was explicitly anti-Trump, it was just pro-humanity so it felt like it was.
31 Jul, 03:49 AM UTC

@JesseKellyDC
Coronavirus is a virus. It’s not political. We’re all gonna have to make sacrifices. Maybe your kid won’t be able to go to school. Maybe you won’t be able to be with your dad while he dies in the hospital. Live with it. Now back to the fifteenth funeral for John Lewis.
30 Jul, 06:55 PM UTC

@MarkDice
How come famous people like Congressman John Lewis and "Saint" George Floyd are allowed to have funerals that violate social distancing policies, but regular folks can't? Not to mention, open their businesses, or even go to work? 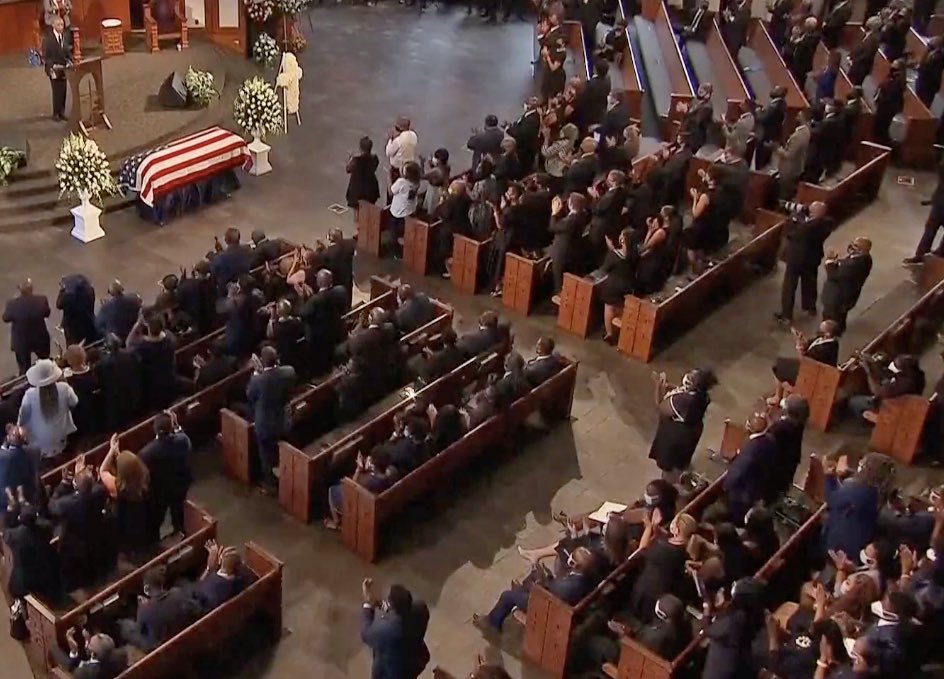 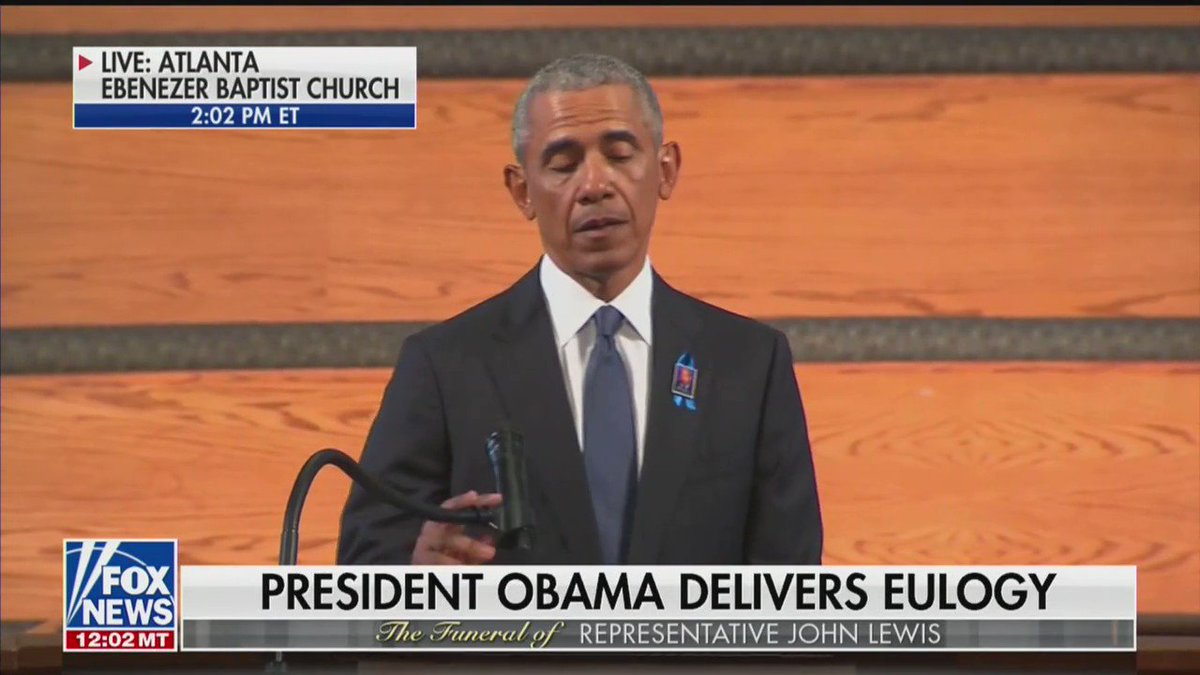 @NewsHour
"John and I had our disagreements, of course. But in the America John Lewis fought for, and the America I believe in, differences of opinion are inevitable elements and evidence of democracy in action." — Former President George W. Bush https://t.co/xqyk3949PZ 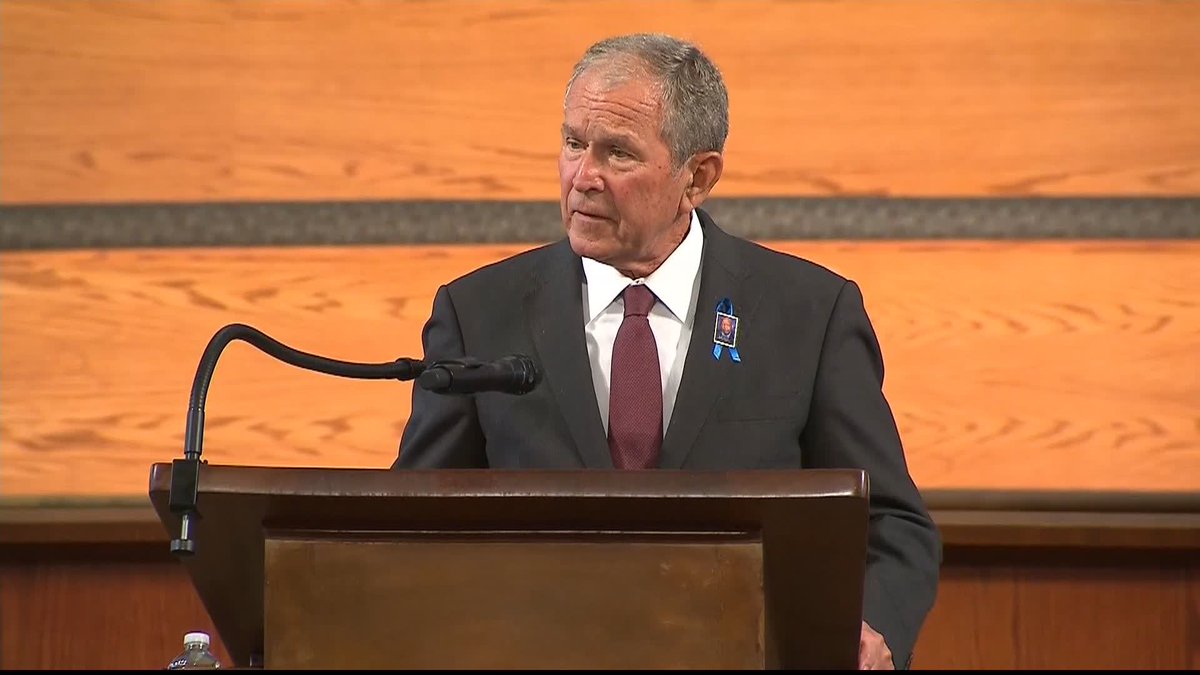 @CNN
Former President George W. Bush pays tribute to the late Rep. John Lewis: "He always thought of others. He always believed in preaching the gospel, in word and in deed, insisting that hate and fear had to be answered with love and hope." https://t.co/oIqA7Yn99e 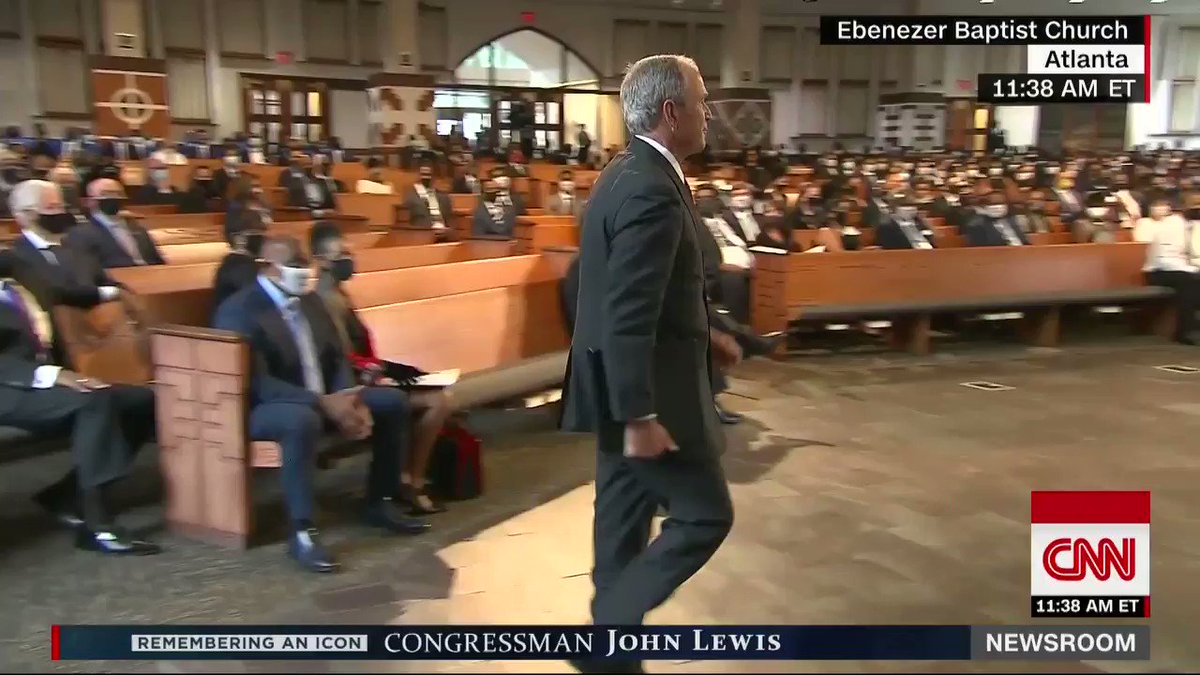 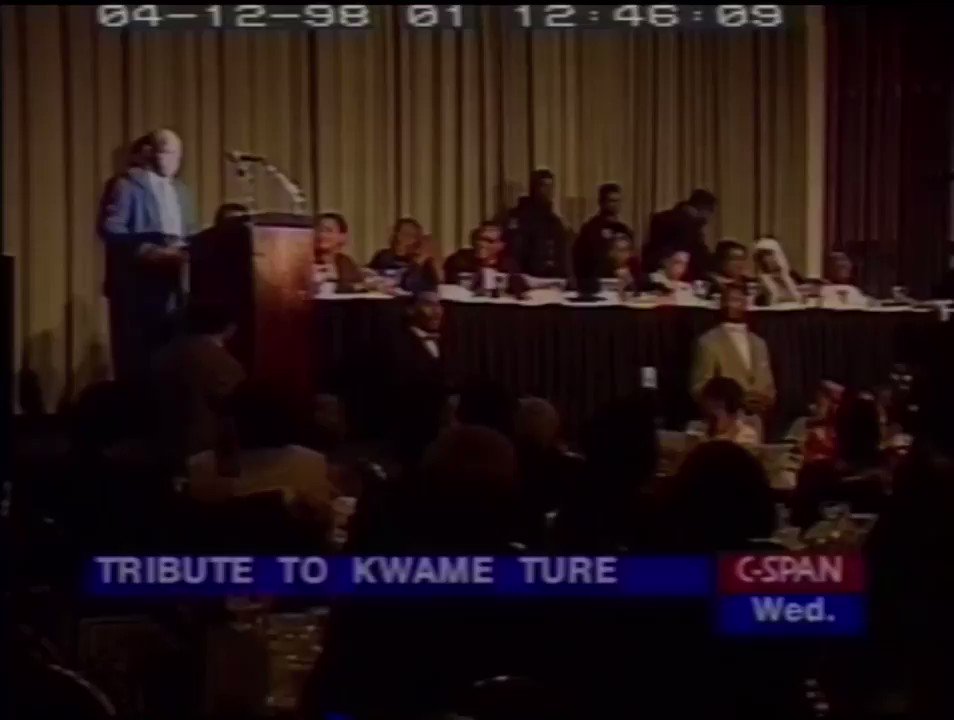 @politico
George W. Bush, Bill Clinton and Barack Obama all spoke at John Lewis' funeral today, and Jimmy Carter sent a letter that was read aloud during the service. Donald Trump is the only living president who had no role https://t.co/Fz8Zc1NZv7
30 Jul, 07:06 PM UTC

@GovMikeHuckabee
Is this what Obama had in mind when he talked abt "peaceful demonstrators?" If the US flag is racist, why did it drape the casket of Cong John Lewis? Cong Lewis deserves better. America deserves better. We all deserve civil order. https://t.co/exVVVfHgRw
31 Jul, 01:24 PM UTC

@Channel4News
"We may no longer have to guess the number of jellybeans in a jar to cast a ballot, but even as we sit here, there are those in power who are doing their darndest to discourage people from voting." Barack Obama delivers the eulogy at civil rights icon John Lewis’ funeral. 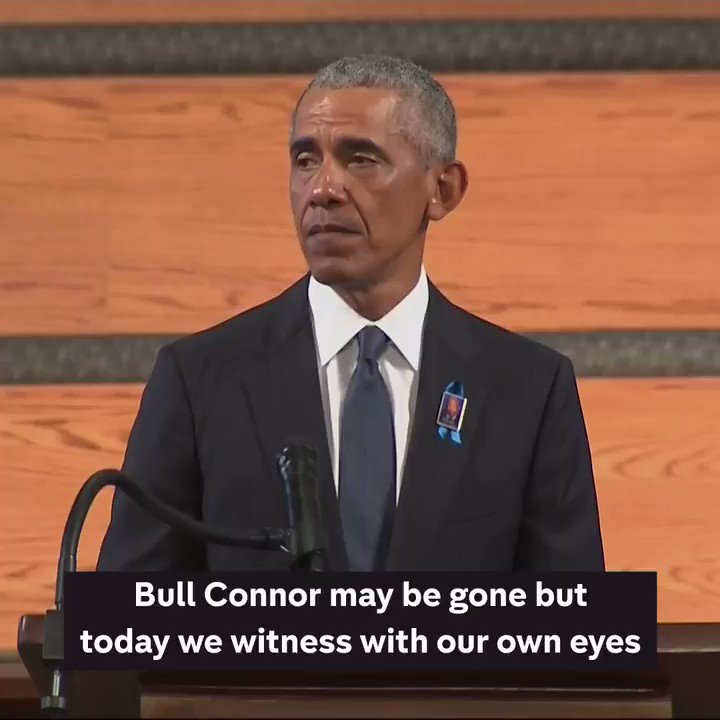 ConservativeNationalist_1
@Nationalist_KAG
Every democrat doesn’t want school to open, they want no indoor dining at restaurants, no funeral services or memorials, some even want churches closed. And here are those very same people today, sitting right next to each other at the the funeral of the divisive John Lewis: 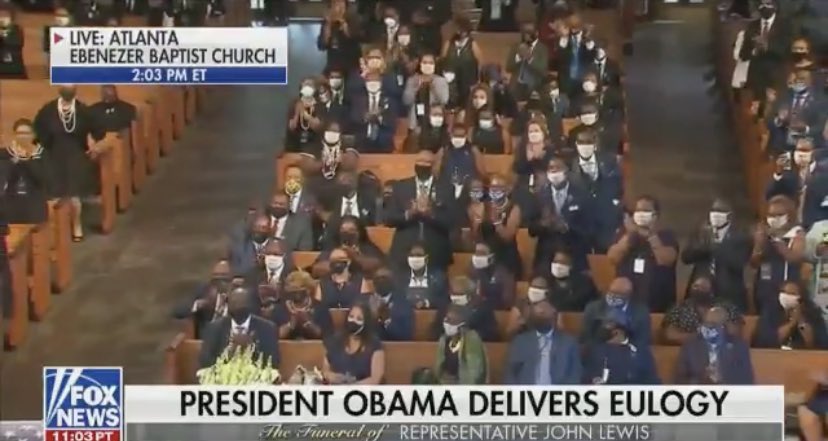 @ElijahSchaffer
John lewis gets 10 funerals Herman Cain gets 10 tweets from liberal elites celebrating his death, because although he is a black man, fought to preserve the liberties of our country, all in a time where we are fighting to make black lives matter, he supported Trump so F*CK HIM?
30 Jul, 07:26 PM UTC