@DrJenGunter
Judy Blume is trending because she is amazing. She helped so many girls, including future gynecologists -> Thank God for Judy Blume https://t.co/TntresqSEt
01 Aug, 04:45 PM UTC

Kara Frost
@peardigger
"I'm a rewriter. If I died during a first draft, nobody would know what I was trying to do, including me. I'm learning with my first draft." - Judy Blume Anyone else appreciate the reminder that first versions don't have to (and shouldn't) resemble a final? #SCBWISummerSpec
01 Aug, 03:58 PM UTC 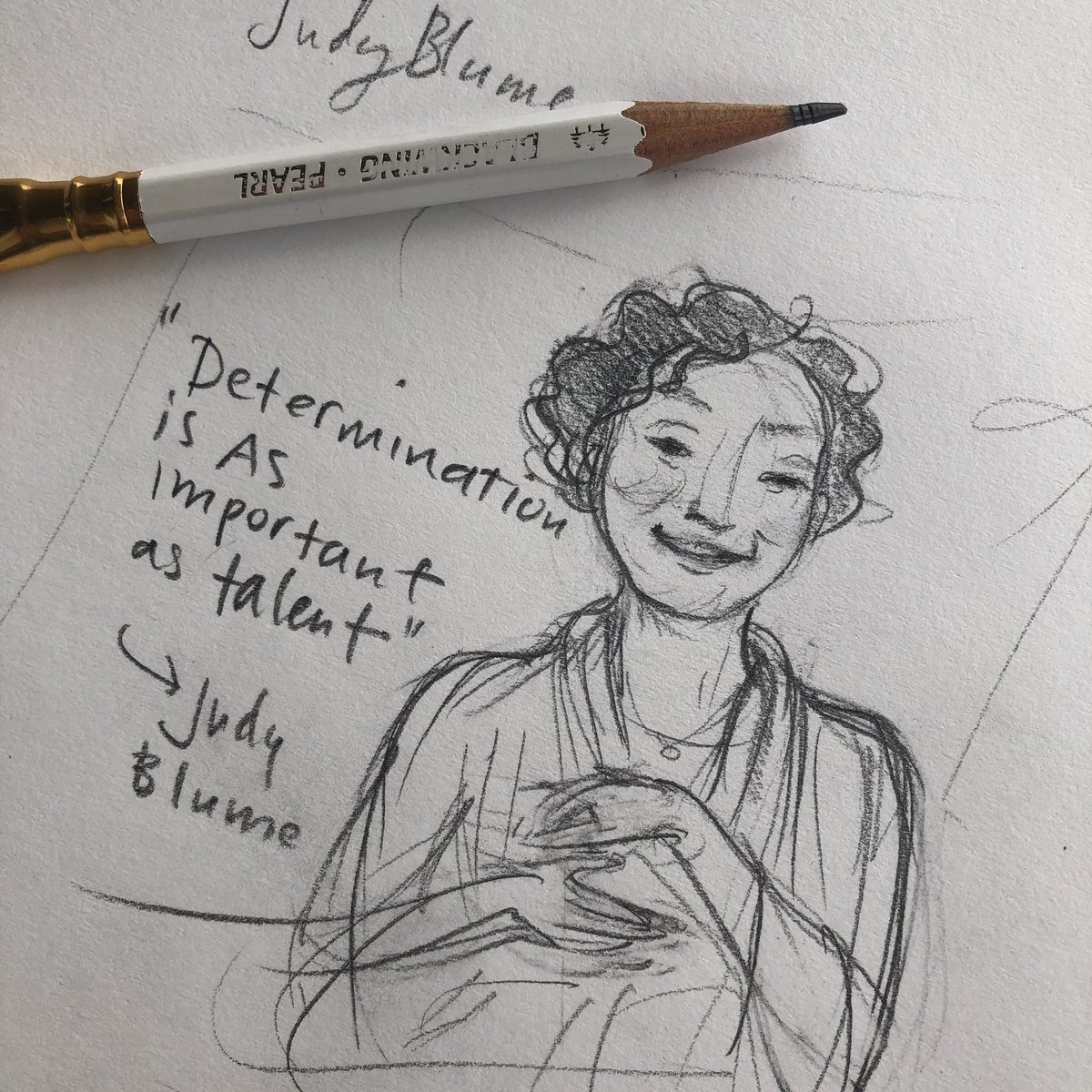 TanisiaTeeMoore
@TanisiaTeeMoore
When Judy Blume said she prefer kids over adults, because of how disappointing adults are.... I felt that in my soul. Me too, Judy... me too... #SCBWISummerSpec #SCBWIBird https://t.co/DvkGW29Ukg
01 Aug, 04:18 PM UTC

Patricia Toht
@PatriciaToht
Judy Blume: “You need to get rid of the critic on one shoulder, and the censor on the other. You need to be free and safe.” #SCBWISummerSpec https://t.co/8JgNzEmZ2c
01 Aug, 04:05 PM UTC

#PB -SOUL FOOD SUNDAY/LIFE IS BEAUTIFUL/THE WALK
@ArmyVet5
#SCBWISummerSpec "If you're ever in a writing class and find that the professor is not supportive, get out of that class" - Judy Blume; or check out of the program. And that is what I did. You can tell when you don't belong. It is the behavior of the folks in that program. https://t.co/SoB2JmEN8W
01 Aug, 03:57 PM UTC

@Devas_T
The older I get, the younger Judy Blume seems to get... #SCBWISummerSpec 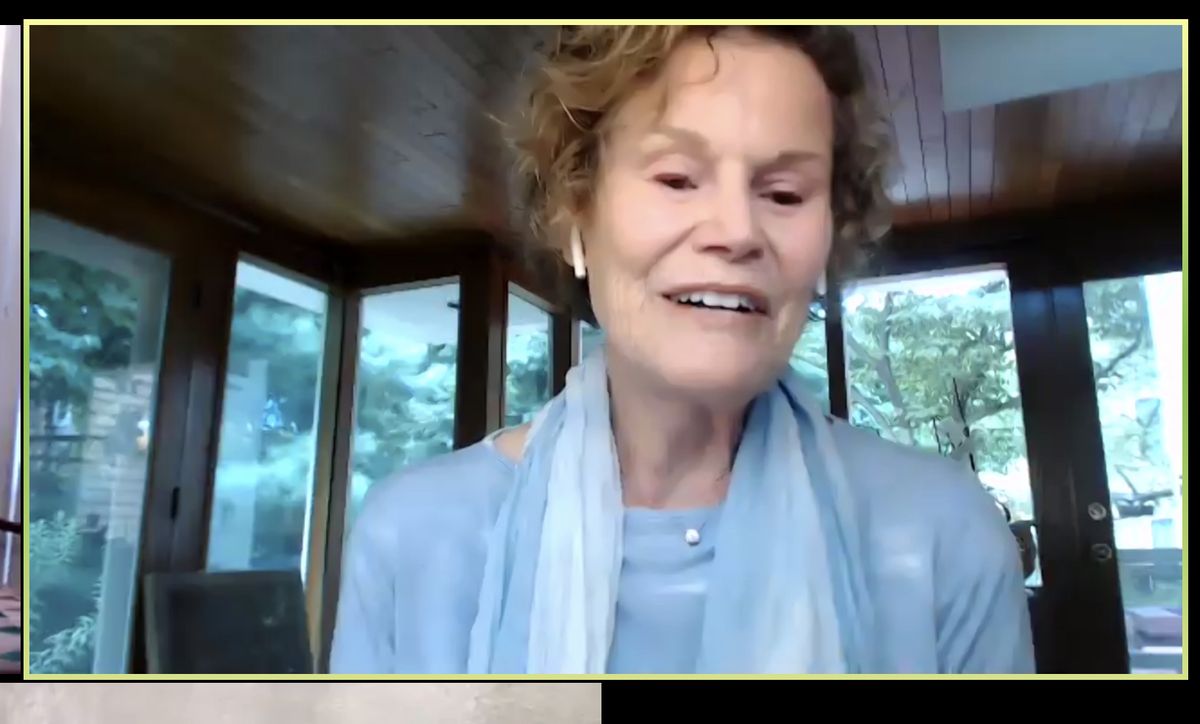 DanaFraedrich Author
@DanaFraedrich
Even Judy Blume, legend that she is, is having trouble writing through these times, y'all. Be gentle with yourself over not being able to be creative right now, friends. #SCBWISummerSpec
01 Aug, 04:27 PM UTC

Kristen Zajac Author
@KristenZajac
Judy Blume: “Be fearless, honest, & brave in your writing.”; “Go deeper into the characters”; “Get rid of the critic & censor on your shoulder.”;”1st draft is cutting the jigsaw pieces, 2nd draft is assembling/coloring.”; “Determination is as important as talent”#SCBWISummerSpec https://t.co/kAgdM0uOJg
01 Aug, 04:57 PM UTC

Isadora Day
@DaysClass
Several years ago Judy Blume was the only author to respond with a handwritten note when my class sent letters to their favorite authors. The student was so excited he brought it to school and read it in front of the entire class and then we hung it on our door like a trophy.
01 Aug, 05:46 PM UTC

Christine Evans - EMILY'S IDEA out now!
@ChristineNEvans
Judy Blume doesn't start writing until things have been percolating in her brain in a while. And she keeps notes through the process, even while she's writing the draft. #SCBWISummerSpec
01 Aug, 03:53 PM UTC

Jess Townes
@JessicaTownes
Thank you for having this conversation on writing through difficult times. I think many of us are feeling very seen in this moment. If Judy Blume is struggling to write, maybe it’s okay if we are too. ❤️#SCBWISummerSpec
01 Aug, 04:26 PM UTC

@Devas_T
Judy Blume: Talent is important, but without determination, it's probably not going to happen. #SCBWISummerSpec
01 Aug, 03:43 PM UTC

Sylvia Liu
@artsylliu
"How do you figure out how to write a book? You read, read, read." Judy Blume #scbwisummerspectacular #writetip
01 Aug, 04:12 PM UTC

Robyn Arend
@RobynArend
“Margaret was my first true voice...” and so many girls are grateful for her, Judy Blume #SCBWISummerSpec
01 Aug, 03:41 PM UTC

Tara Dublin Doesn’t Want You to Get Sick 😷

@taradublinrocks
I saw Judy Blume trending, literally said “NO!” out loud, & then gratefully exhaled because nothing bad is allowed to happen to @JudyBlume #SaturdayThoughts 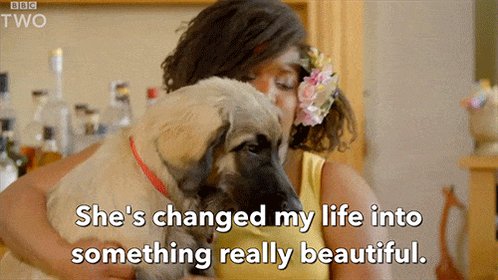 Paula Chase
@ThatMGBookChick
Hearing that Judy Blume was keynote this morning made me smile. Then I saw some of the jewels she dropped. She remains one of the key influences on what I write and how.
01 Aug, 05:50 PM UTC

🌻Ashley🌻
@TeachItAsh
I remember reading, "Are You There, God? It's Me, Margaret" And just hoping I'd get my period like Judy Blume wrote about. I was an idiot. But God love Judy Blume for teaching young girls about puberty
01 Aug, 06:07 PM UTC

alana 🐷🚫 #BLM
@puIsatrix
the emotional roller coaster of seeing judy blume on trending and realizing it's bc she just spoke at a digital conference https://t.co/n8qXD8o77q
01 Aug, 06:08 PM UTC

Wear A Damn Mask 🐢🍟🍌🏳️‍🌈
@crat68
Had a momentary freakout when I saw Judy Blume was trending...thank goodness, it’s all praise for my childhood hero. https://t.co/SwQ4BynBKv
01 Aug, 06:02 PM UTC

eroticwritergirl
@eroticwritergir
judy blume is one of my favorite authors. she made a substantial impact on me as a young girl and continues to help me with my writing career. https://t.co/CtBOsDkr80
01 Aug, 06:16 PM UTC

Dr. Elizabeth Yuko
@elizabethics
The fact that we're still talking about Judy Blume’s classic 'Are You There God? It’s Me, Margaret' 50 yrs later is a testament to the timelessness of her writing, but also to how little this discussion has progressed over the past few decades: https://t.co/q6iF6rM5ht @MsMagazine
01 Aug, 06:13 PM UTC

Kathleen Small
@KLSmall_Author
Listening to Judy Blume was inspiring. Tell your story- be brave and do it! #SCBWIBird #SCBWISummerSpec
01 Aug, 06:12 PM UTC