@JoyceWhiteVance
I'm not up for listening to Ted Cruz lecture Merrick Garland about politicization and weaponization of the Justice Department by the Obama administration.
22 Feb, 04:48 PM UTC

@kaitlancollins
Sen. Grassley: Have you discussed this Hunter Biden case w/ the president or anyone else? AG nominee Garland: "I have not. The president made abundantly clear in every public statement...that decisions about investigations & prosecutions will be left to the Justice Department."
22 Feb, 03:33 PM UTC

@kylegriffin1
Ted Cruz, who did not complain about the politicization or weaponization of the Trump Justice Department, complains about the Obama Just Department being "politicized and weaponized."
22 Feb, 04:55 PM UTC

@johnson_carrie
Merrick Garland is speaking to two audiences beyond the Senators considering his confirmation: a largely demoralized 115,000 workforce at the Justice Department, and those Americans who have lost confidence in the DOJ to enforce the law impartially.
22 Feb, 03:10 PM UTC

@mkraju
“Had it not been for several Justice Department attorneys threatening to resign this Jan., Trump might have gone even further than he did to overturn the election results. And that raises critical questions that this Committee and Judge Garland must reckon with,” Durbin will say
22 Feb, 03:01 AM UTC

@kylegriffin1
Garland on Capitol riot: "We must do everything in the power of the Justice Department to prevent this kind of interference with the politics of American democratic institutions. And I plan, if you now confirm me for A.G., to do everything in my power to ensure we are protected."
22 Feb, 03:20 PM UTC

@mkraju
Ted Cruz questioning Garland now. He says that Garland has “built a reputation for integrity” on the appeals court and says the Obama Justice Department was “politicized and weaponized.” He goes on to criticize Holder.
22 Feb, 04:49 PM UTC

@joshscampbell
It is notable that Senate Republicans harping on needed FBI reforms have said nothing about the former president’s endless attempts to politicize the independent U.S. Justice Department, target his political enemies for prosecution, and use DOJ as his personal law firm.
22 Feb, 05:02 PM UTC

@renato_mariotti
That is simply a statement of fact. It should not be remarkable. The fact that this seems like a breath of fresh air is a reminder of how much Barr and Trump damaged the Justice Department. https://t.co/pNDYYJGBsS
22 Feb, 05:04 PM UTC 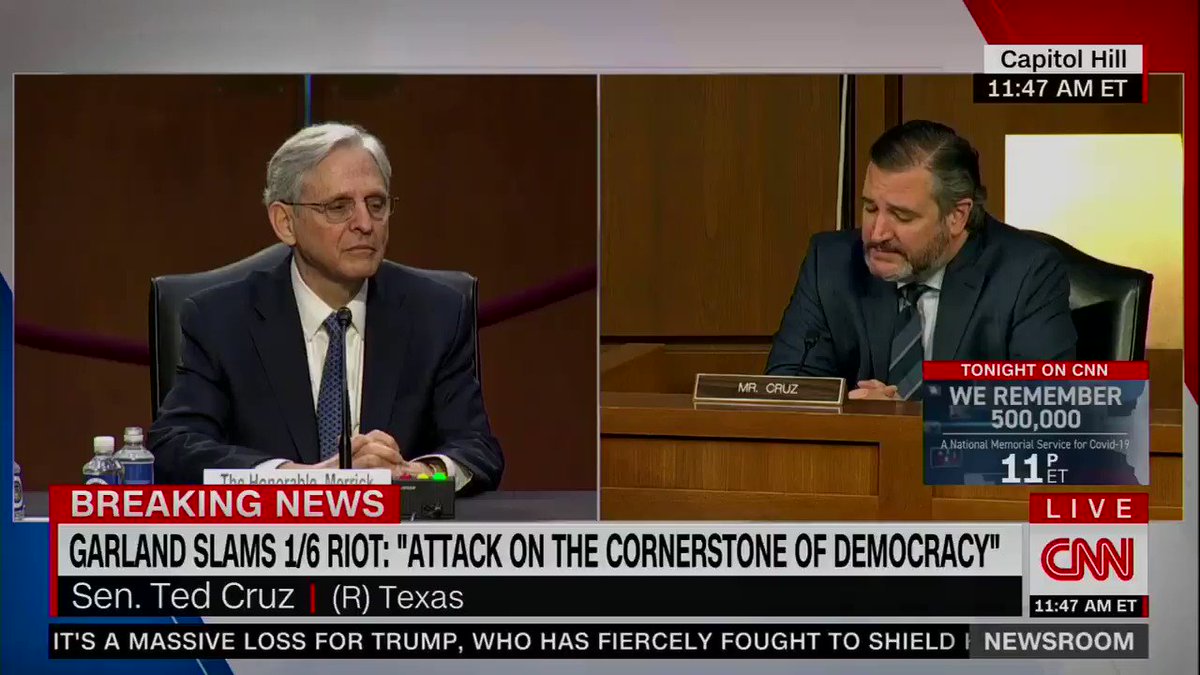 @JRubinBlogger
Aside from the particular answers, a couple aspects of the hearing are noteworthy. First is the appalling hypocrisy of Republican senators grilling Garland as to whether he will allow the Justice Department to be politicized. https://t.co/nHnKtf59Ht
22 Feb, 05:47 PM UTC

@sahilkapur
Josh Hawley asks Merrick Garland to commit that he won't "politicize" the Justice Department or engage in political targeting. Garland says he's been a judge for years and intends to do "the right thing" by the facts and the law, without any "partisan or improper motive."
22 Feb, 05:33 PM UTC

@jennfranconews
Sen. Grassley asks AG nominee Merrick Garland if he's spoken with Pres. Biden about Hunter Biden probe: Garland: "I have not. The president made abundantly clear...that decisions about investigations & prosecutions will be left to the Justice Department." 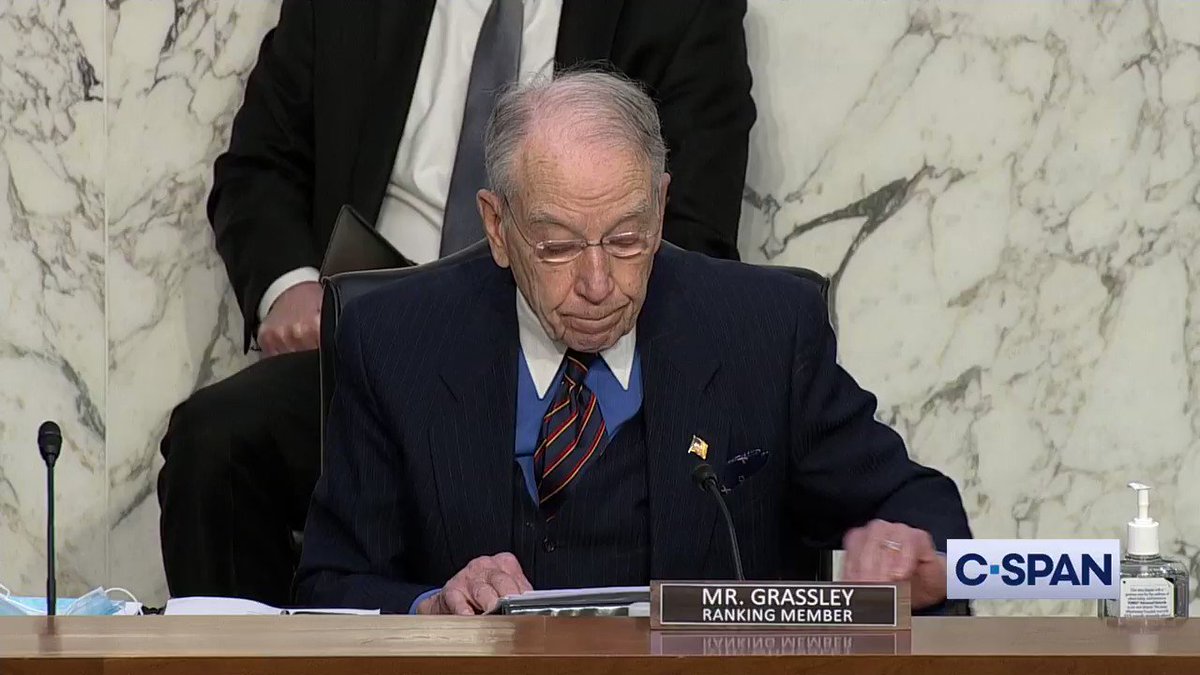 @ABC
Merrick Garland, Pres. Biden's nominee for attorney general, tells senators at his confirmation hearing that his first briefing once he takes office at the Justice Department will be on the Jan. 6 assault on the U.S. Capitol. https://t.co/ZTDIdjxXPw
22 Feb, 05:55 PM UTC

Justice4all
@JamesLindholm1
I hope they get him again and not let him go. Justice Department examining communications between Roger Stone and Capitol rioters https://t.co/ezhosDRGQk
22 Feb, 06:13 AM UTC

@DavMicRot
I for one am super interested in the opinions & concerns about the rule-of-law in US from a bunch of people who spent last 4 years backing Justice Department as extra-legal arm of the Republican Party then backed a violent insurrection to hold onto power after losing election.
22 Feb, 05:54 PM UTC

@WSJPolitics
Judge Merrick Garland, President Biden’s pick for attorney general, promises to combat the rising threat of domestic extremism, saying that the current investigation into the Jan. 6 riot at the U.S. Capitol would be his first priority. https://t.co/DGC4EIf8HH
22 Feb, 04:39 PM UTC

Carmen Watkins
@CarmenWbluewave
@glennkirschner2 Exactly @glennkirschner2 and they kill me acting like Barr and his justice department were noble, stellar if you will..
22 Feb, 05:00 PM UTC

Warren Black
@WSB66
@ChrisCuomo I'm not interested in knowing what's in them, only that an un-biased justice department has reviewed them and determined if there is any evidence of criminal activity
22 Feb, 06:00 PM UTC