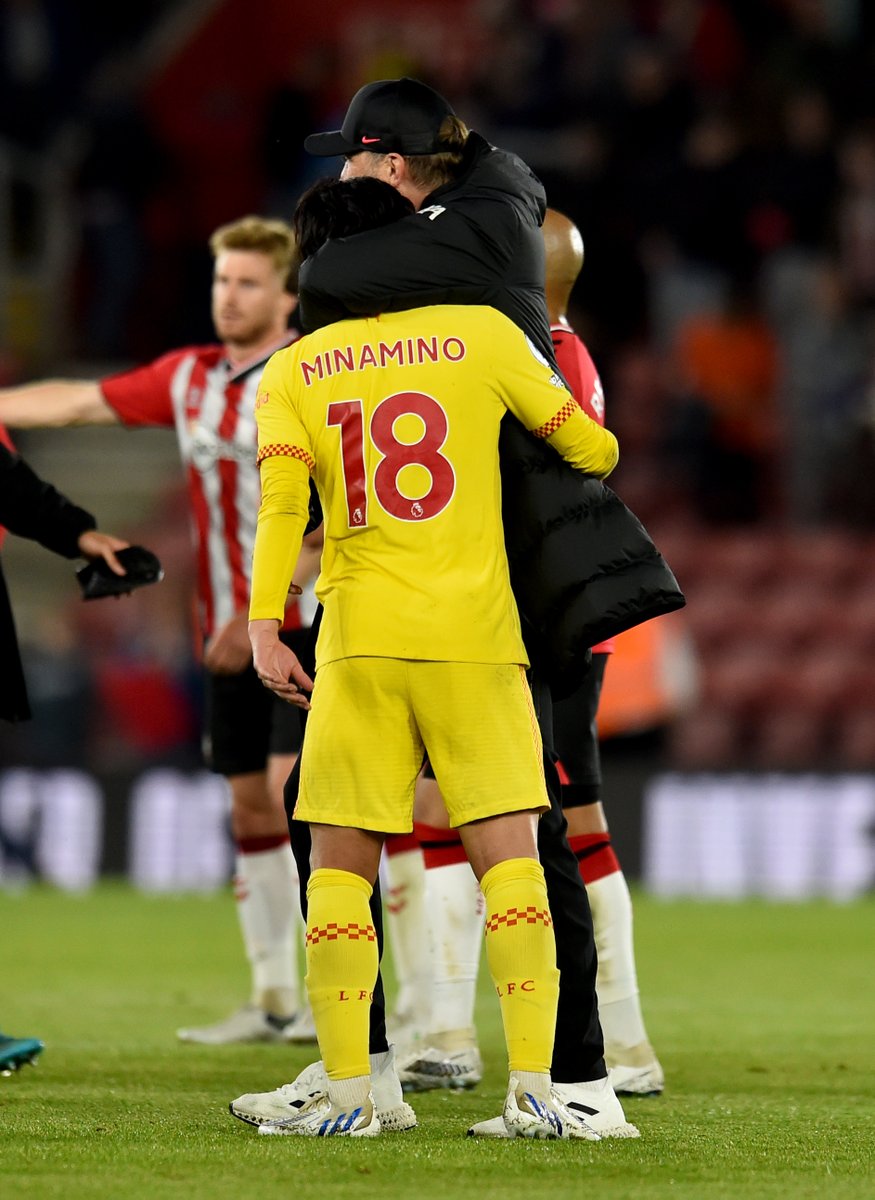 Anfield Edition
@AnfieldEdition
Klopp had said that after texting his wife, he texted two people after reaching the Champions League Final: Rhys Williams and Nat Phillips as “we would not be here without them”. [@SkySportsPL]
17 May, 11:44 AM UTC

@markgoldbridge
Not many teams can make as many changes as Klopp has tonight and play so well. That's coaching a squad to a system so well that everyone understands their role in it
17 May, 08:28 PM UTC

Pys
@CFCPys
Jurgen Klopp says we cannot leave Chelsea out of the Manchester City and Liverpool talks because both finals they played against Chelsea were of an incredibly high level and also references Chelsea reaching the Quarter finals of the Champions league. ( @MelissaReddy_ @SkySports ) https://t.co/wwr4WyPtN1
17 May, 12:50 PM UTC

chloe
@lfchIoe
the way klopp just stands with his mouth open in disbelief kills me
17 May, 07:33 PM UTC

@DaveOCKOP
Klopp: "For me we conceded a goal, it look like a foul but Martin Atkinson had this exact same scenario before with us with Marcus Rashford!" [Sky]
17 May, 09:07 PM UTC

Ciaran
@ps2startupintro
by the way, I KNOW Klopp just stares at Oxlade Chamberlain in the dressing room with his mouth open, wondering who he is
17 May, 05:58 PM UTC

@JamesPearceLFC
Klopp: "Incredible performance. Making nine changes, if it hadn't worked out tonight it would have been my fault."
17 May, 09:14 PM UTC 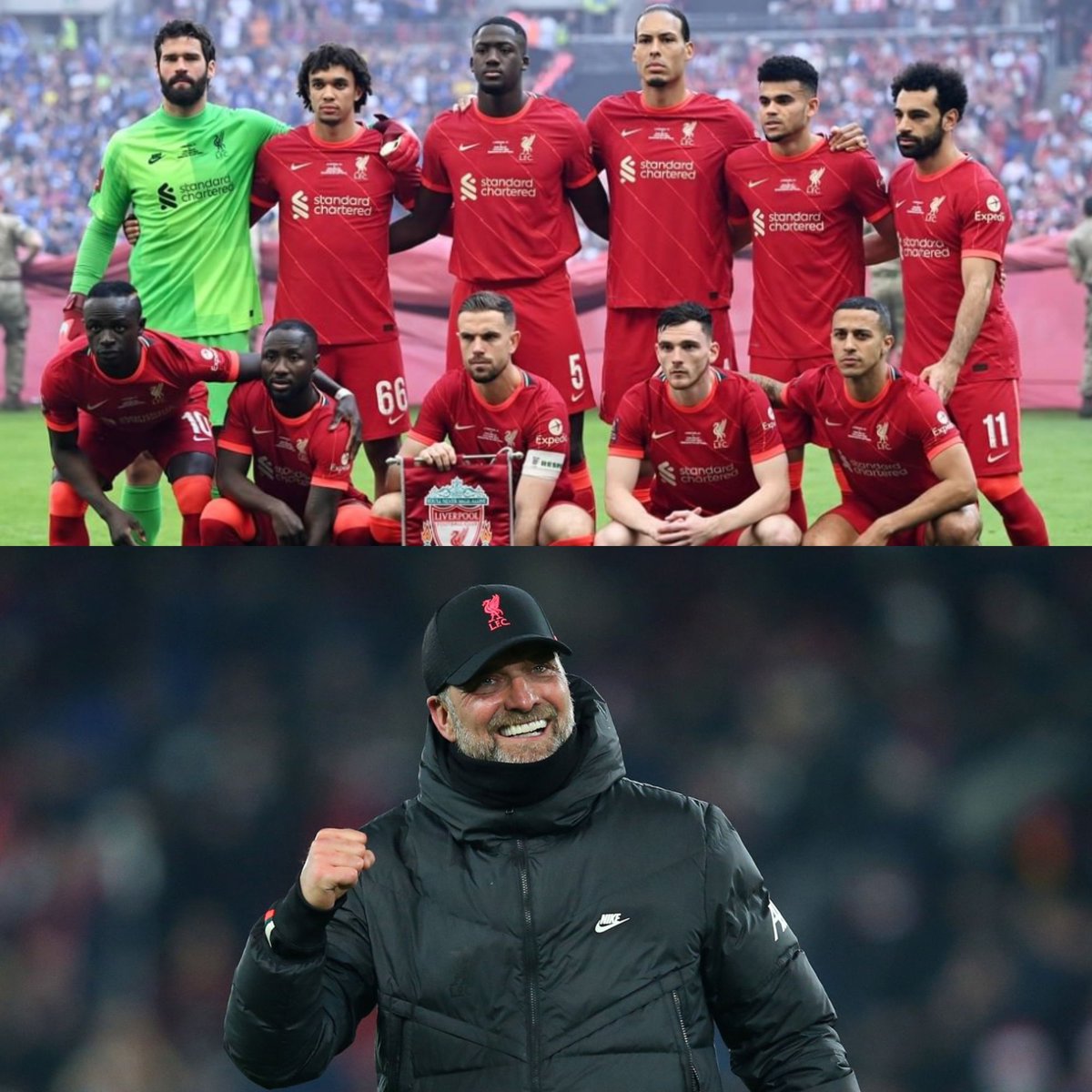 @brfootball
Jürgen Klopp praised his squad after their 2-1 comeback win vs. Southampton 👏 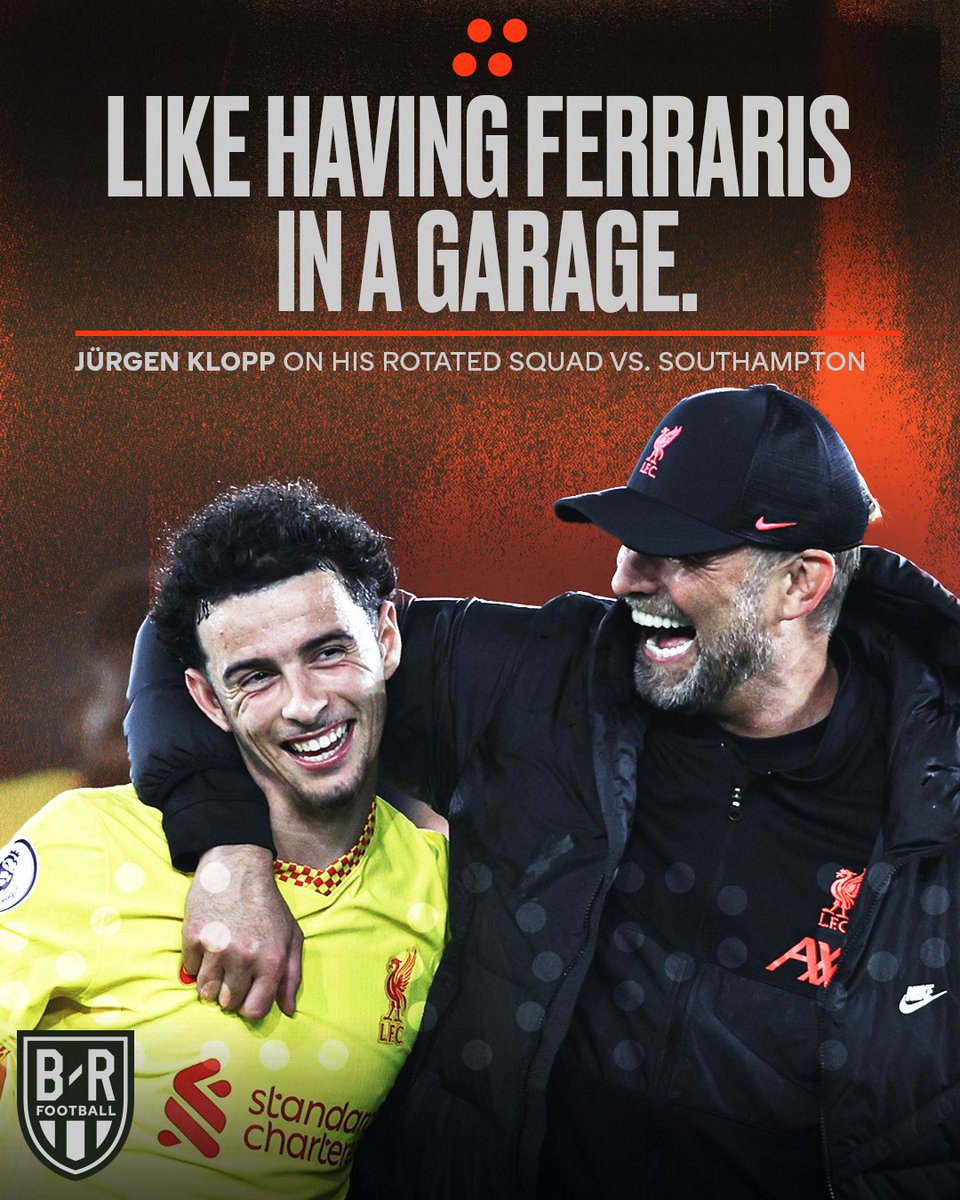 @_owurakuampofo
Klopp basically said to hell with the Premier League.
17 May, 05:59 PM UTC 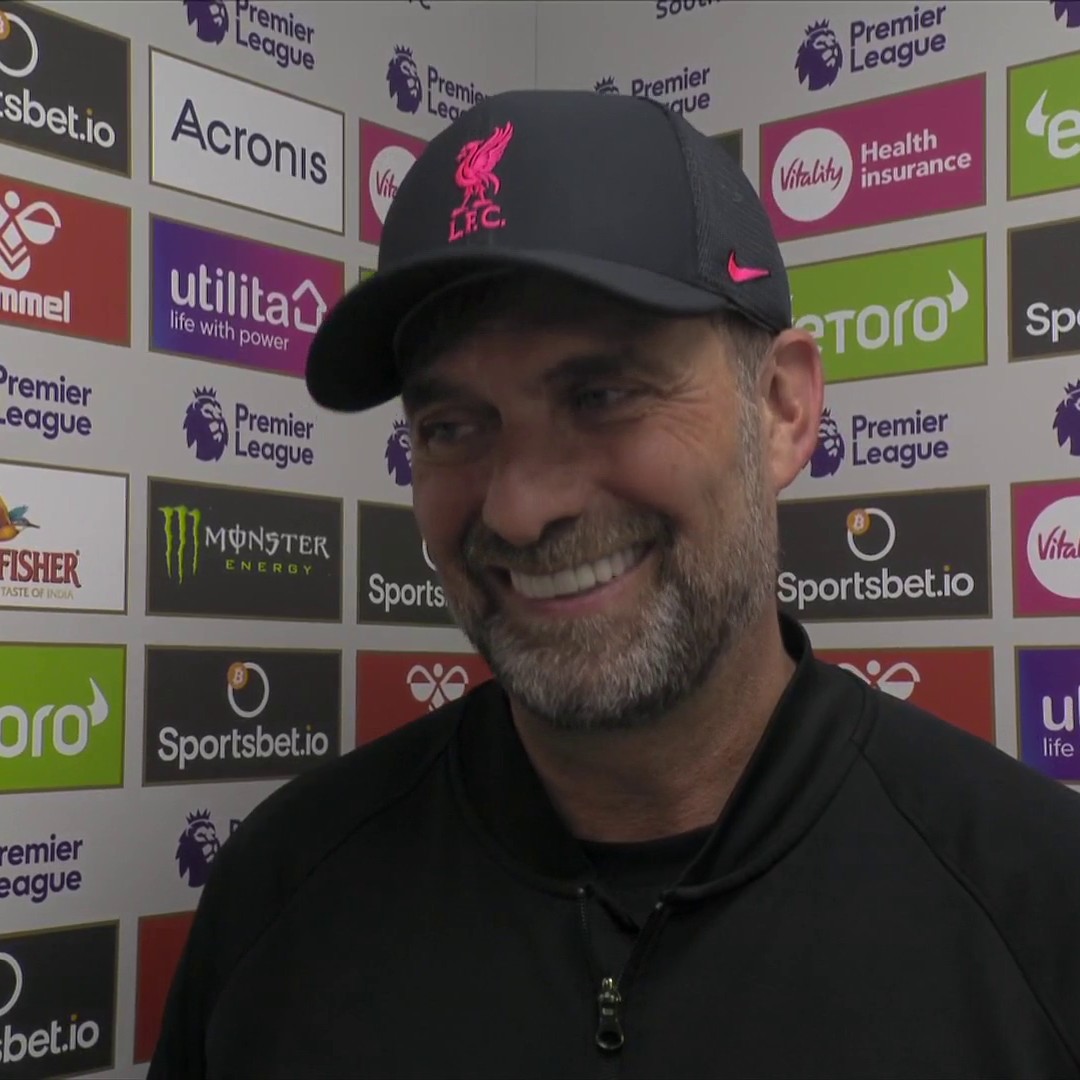 @AnfieldWatch
Klopp on Sunday: "Of course it is unlikely because City play at home against Aston Villa, who play only on Thursday. It will be tough against Burnley, they fight for survival." #awlive [bbc]
17 May, 09:22 PM UTC

@AnfieldWatch
📺 Jurgen Klopp on Joe Gomez: "I hope we were lucky. Joe has pain but not too much. It was a shock to the system but when I spoke to him in the dressing room he was in a good mood." 🔴 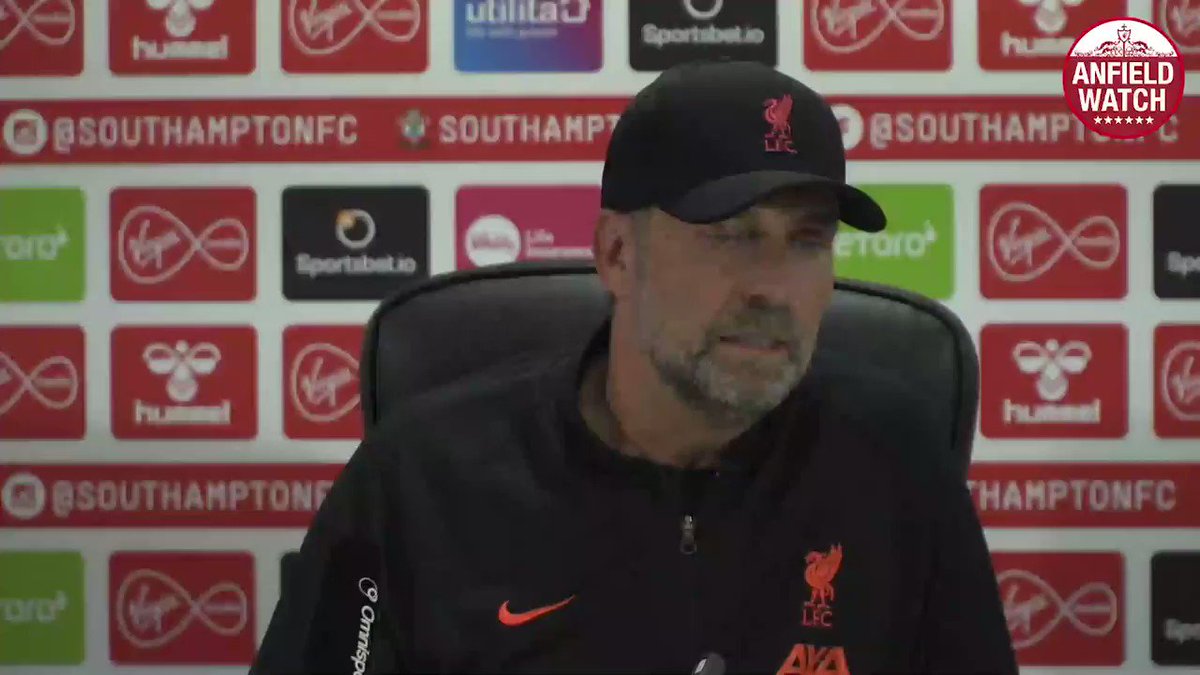 @AnfieldWatch
📺 Jurgen Klopp on this group: "I expect the boys to react like they react, but it's not normal. This group is really special. Whatever happens this year, it's special." 🔴 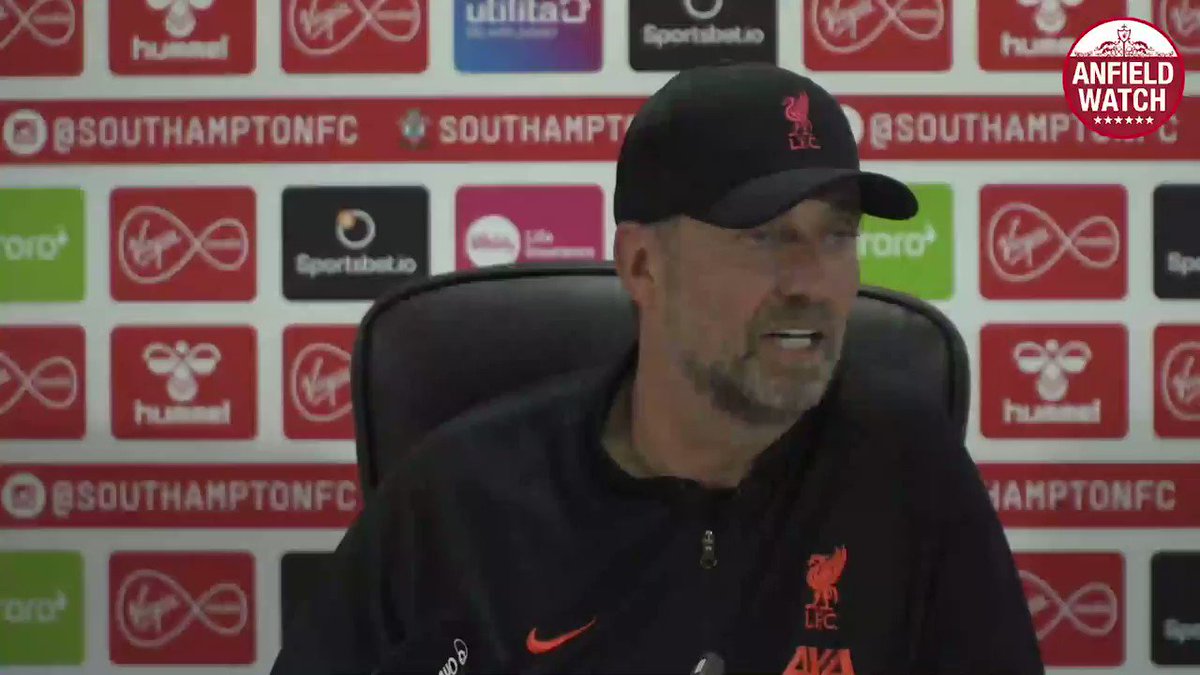 @AnfieldWatch
📺 Jurgen Klopp on the title: "It's football. We have to win our games. Wolves are there. We will be 100% focused." 🔴 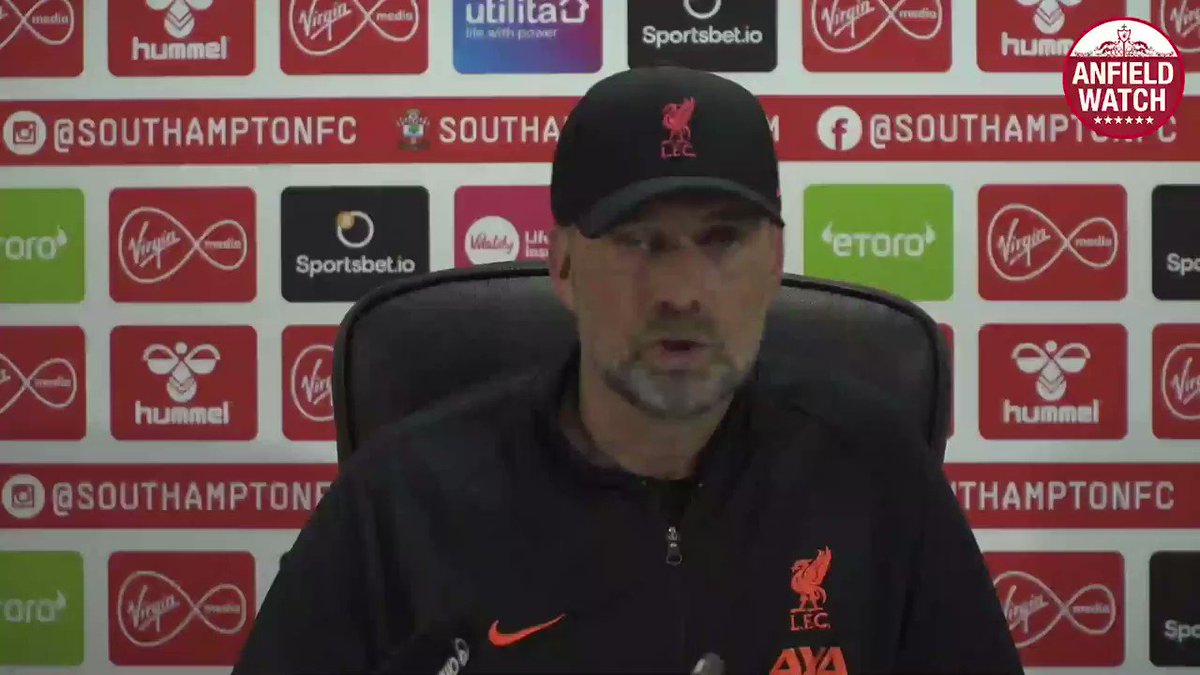 Anything Liverpool
@AnythingLFC_
🎙 Klopp after the match on Joe Gomez injury: “He is ok. There is pain but he is fine. We think he will be alright. We got lucky today.”
17 May, 09:32 PM UTC

Anything Liverpool
@AnythingLFC_
🎙 Klopp on the team: "I have never had a group like this! This group constantly pushes each other. It is absolutely outstanding. Tonight is really special. It worked out because of the boys. If it didn't work, it is my responsibility. The boys should be very proud." https://t.co/tBHLkH2WqH
17 May, 09:33 PM UTC

@empireofthekop
🗣️"Really happy for him... I thought, 'oh my God, he's now exactly where he wants to be', absolutely top class." Jurgen Klopp shares his thoughts on Jake Daniels' decision to speak publicly about his sexuality 🏳️‍🌈 #LFC 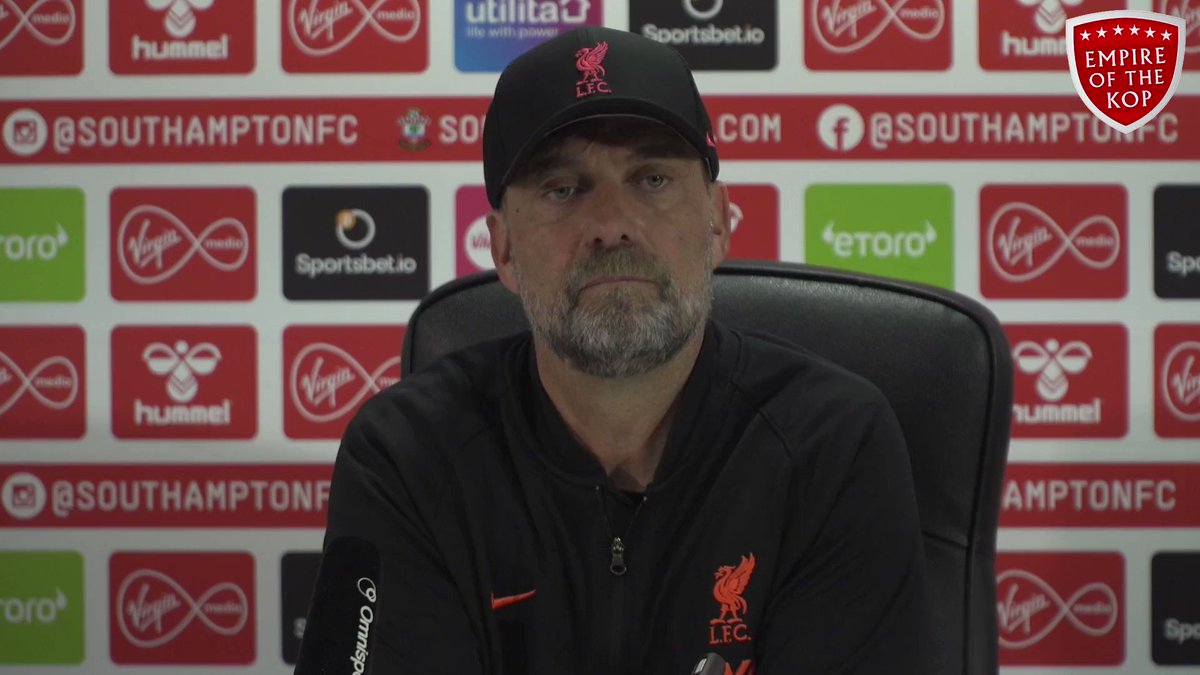 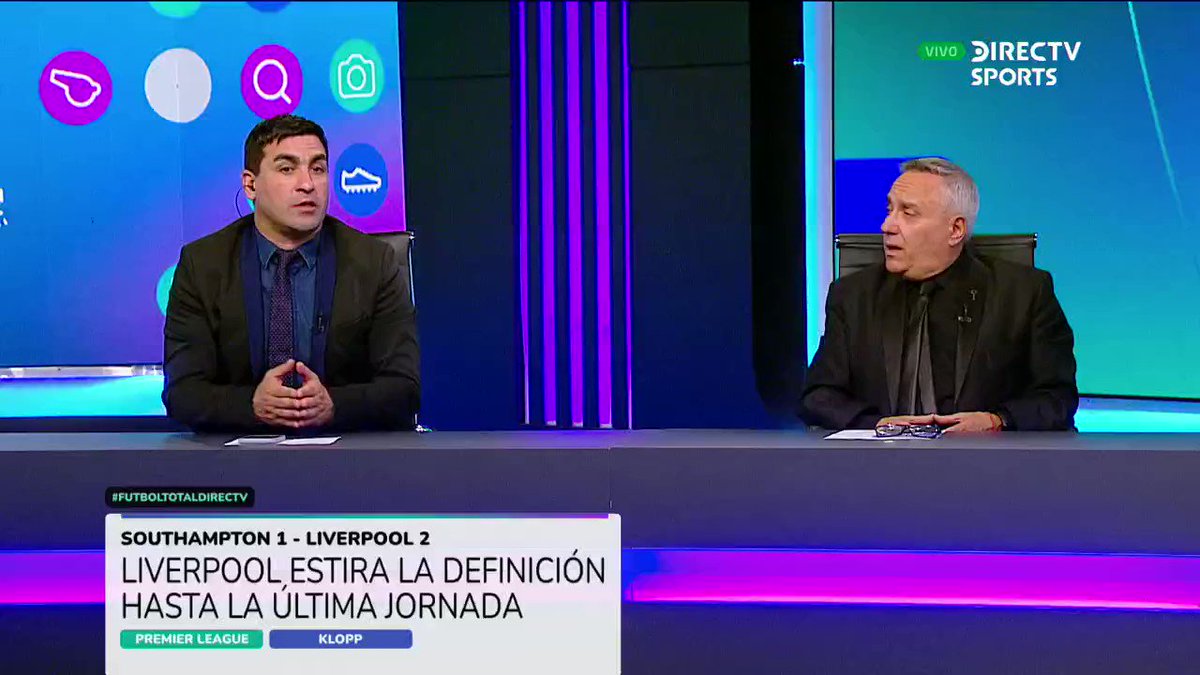