@Keir_Starmer
This is a turning point for the Labour Party. Change starts now. 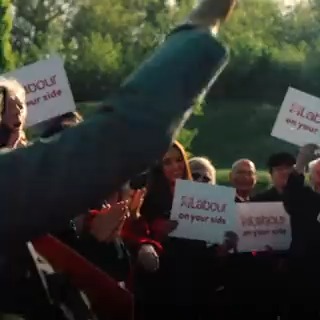 Parody Boris
@Parody_PM
So there we have it - I lost 500 seats, which Tory MPs agree is a good result for me, but a poor perfirmance by Labour. Now I can get back to ruining the country.
07 May, 10:34 AM UTC

@DPJHodges
Another thing to note. Labour said Angela Rayner wasn't at the Durham Event. The memo detailing the event literally has her listed at the top as one of the two "Principles".
07 May, 04:53 PM UTC

@RhonddaBryant
Just a reminder of what the Mail said would be “disaster” for the Tories and “triumph” for Labour along with results so far. Yesterday was a disaster for the Tories under Johnson and a triumph for Labour under Starmer. Johnson’s buoyancy is a lie. https://t.co/NbNxHBtdcD
07 May, 10:58 AM UTC

@PippaCrerar
While Labour struggles to get a grip on #beergate, I’m told that fines for the Downing Street Christmas bash that kicked off the whole #Partygate scandal have started to drop… https://t.co/XAlyZ9mExF
07 May, 06:07 PM UTC

@AuschwitzMuseum
8 May 1896 | Stanisława Leszczyńska was born - a Polish #midwife, prisoner of the German #Auschwitz camp no. 41335. At the female infirmary in Birkenau she received childbirths trying to save #women in labour & refusing to kill newborn babies. She passed away in 1974. 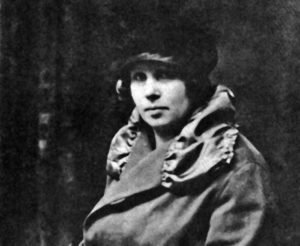 John Edwards
@JohnEdwards33
Is anyone else hoping that @Keir_Starmer gets a police ticket for partying, is forced to resign and one of the few socialists left in Labour becomes Leader taking the Party back to its historic roots representing the interests of ordinary working class people?
07 May, 11:34 AM UTC

Cllr Wayne Dixon
@Wayne_Dixon
The moment it was announced. Sadly the Labour candidate (Maroon suit) couldn’t even shake my hand. My Wife’s reaction is gold 😂. https://t.co/P9IVB1rAlk
07 May, 08:24 PM UTC

@tomhfh
Labour kept telling us there was an incidental curry ordered during work We now know that is not true. The day’s op note - whilst recognising the national lockdown in place - listed the curry as a pre-planned social event. And no further work afterwards. https://t.co/mZAFTbjx0C 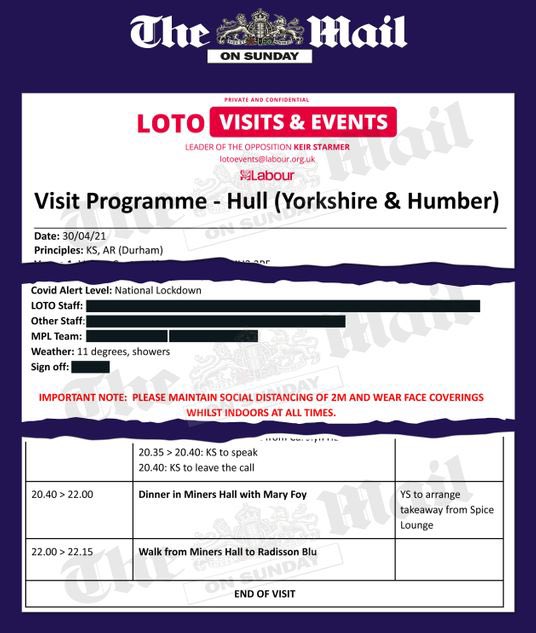 @EssexPR
So while Labour had a boozy Friday night social, me and my staff were freezing outside of the pub, serving the poor customers wrapped up in coats & blankets, whilst not taking enough to pay the bills. They knew it was all b****** too. The whole of Parliament did. https://t.co/behRKDEOrv
07 May, 05:59 PM UTC

Jackie Palestinian Lives Matter Schneider 🌹
@jackieschneider
It was entirely predictable that Labour lost Harrow. The right wingers spent more energy attacking & suspending the brilliant community champion @PamelaFitzNWC than they did fighting Tories. This is what enables Tories. Solidarity Pam.
07 May, 11:43 AM UTC

@lewis_goodall
Labour’s sudden progress in Westminster is quite something, 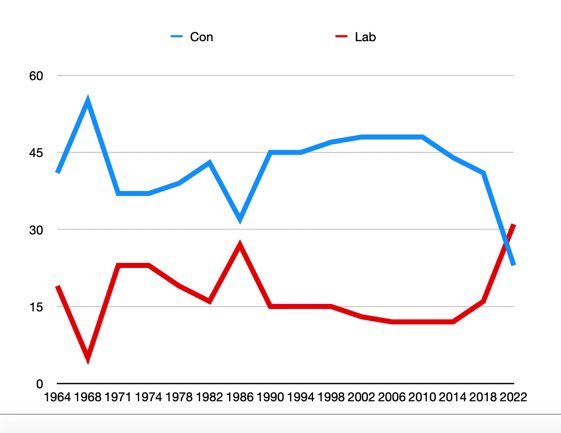 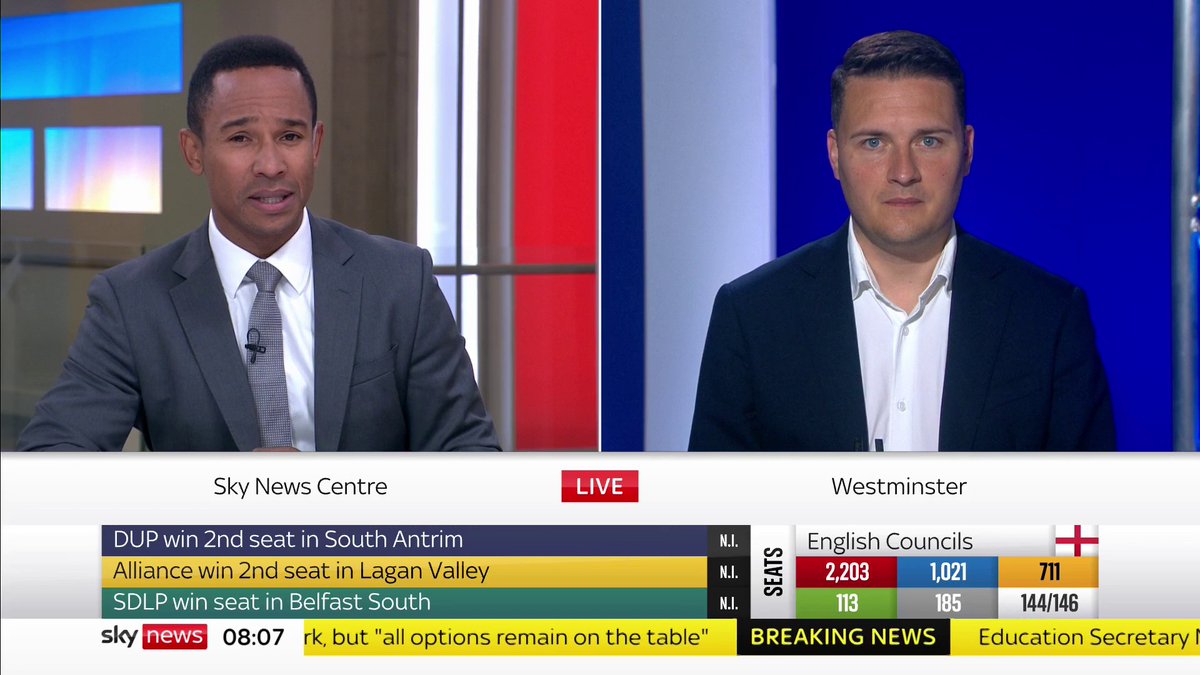 Helen Salmon Alliance for decency#johnsonout
@HelenSalmon2
The media, particularly the BBC are anti Labour. They are talking up the Starmer issue. It’s so bloody blatant.
08 May, 06:04 AM UTC

Andrew Parnall - Brexit can't/won't work, ever!
@dontbrexitfixit
I'm probably going to be unpopular, I may lose a few followers, but I have to say Corbyn & his acolytes are probably why @UKLabour didn't do better. Not voting for Labour because of Starmer is handing it to the Tories. You're why the Tories are still in power, sort your shit out https://t.co/rC6lb8XYVL
07 May, 01:37 PM UTC

Phantom Power
@PhantomPower14
Revealing that Lord McConnell’s solution to Scotland’s constitutional question is not to ask the Scottish people with a referendum but to ‘park’ democracy. The unelected peer misleadingly claims Scottish Labour is entirely pro-union when multiple polls show 40% back independence. https://t.co/6feqhRYFLJ
07 May, 04:05 PM UTC

Supertanskiii
@supertanskiii
Last week Tom was asking what parties are. Now all of a sudden he’s Columbo. Service doesn’t work like that, Tom. You’d know that if you’d ever done honest days work. If anything this demonstrates that Starmer and Labour respect hospitality staff and workers. https://t.co/PlJuEpEV2S
08 May, 06:48 AM UTC

Nigelisback
@AlexAnd09667880
Will lefty’s & Labour MP’s stop going on about London election results making out it’s a working class city that have had enough of Tory London is now an immigrant & ethnic saturated shit hole where the majority are not working class, they’re Benefit Class So would only vote👇 https://t.co/BrhrNCFWVF
07 May, 08:24 AM UTC

Rebellion or Extinction - Join a Union
@GarySmyth7
FINAL RESULTS are in: Left Labour won in London. Except where Blue Labour was standing (Croydon, Harrow) Blue Labour lost in the north. And Midlands LEFT Labour won in Wales Real Labour won in Worthing A genuine LEFT party won in NI Starmer announces new purge of the left
07 May, 10:53 PM UTC

Prof Gayle Letherby 💙 #PeaceAndJustice
@gletherby
I don't think any politician should be doorstopped (for their own safety and that of their neighbours). It seems the mainstream media agree with me now we don't have a socialist leading Labour.
07 May, 11:17 PM UTC

@toadmeister
Keir Starmer is in very hot water after the Mail on Sunday obtained a secret Labour Party document which appears to blow apart his version of events over 'Beergate'. https://t.co/sCGqkSqHzV
07 May, 10:20 PM UTC

Sometimes Timothy
@welshcookie75
@2201Mark @RealJamieKay @LBC I think you'll find Labour are still in opposition because many of the plp and hq actively worked against Corbyn in both GEs, but I understand how those facts don't fit your narrative, so best to pretend they don't exist https://t.co/o33gl4Zjle
07 May, 03:58 PM UTC

@GBNEWS
A leaked document reveals the curry enjoyed by the Labour leader and colleagues in April 2021 was planned in advance on the schedule for the day's campaigning https://t.co/dSKIQd0G6J
08 May, 04:15 AM UTC

Donahue Rogers
@DonahueRogers
@ThatJohnJones @UKLabour @Keir_Starmer "shouldn't this result in expulsion from the Party?" 172 members of PLP who conspired against Jeremy Corbyn and membership that supported him, even to the point of sabotaging own election campaigns because preferred tories to transformative Labour govt Yes, I think it should https://t.co/MLnv3CxPNM
07 May, 07:45 PM UTC 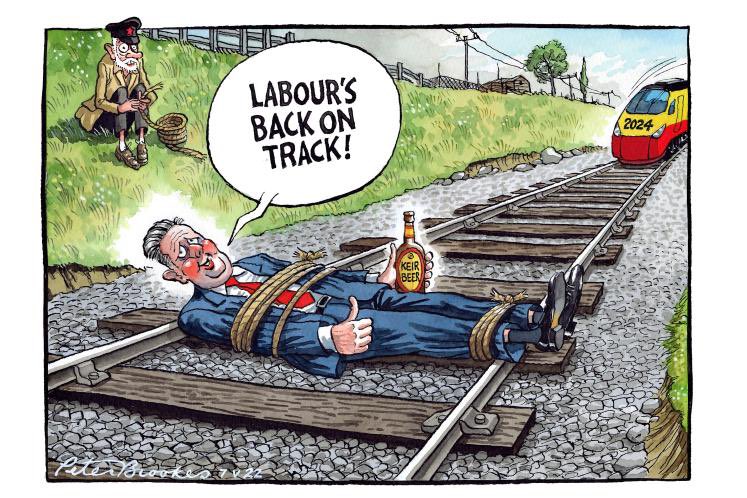