@kayleighmcenany
Here we go again! Episode 100 in "the press was wrong, Trump was right!" I said this from the podium endlessly. But only now do they finally report the truth: "Police did not clear Lafayette Park area so Trump could hold 'Bible' photo op: Watchdog"https://t.co/ggpy6rYVtw
09 Jun, 06:09 PM UTC

@PalmerReport
Who cares what the Department of the Interior Inspector General says about Donald Trump's Lafayette Park crackdown? We all watched it happen on live television.
09 Jun, 07:25 PM UTC

Disclose.tv 🚨
@disclosetv
JUST IN - Police did not clear Lafayette Park in DC of protesters so Trump could hold a photo op, a report by the Interior Department's inspector general concludes. 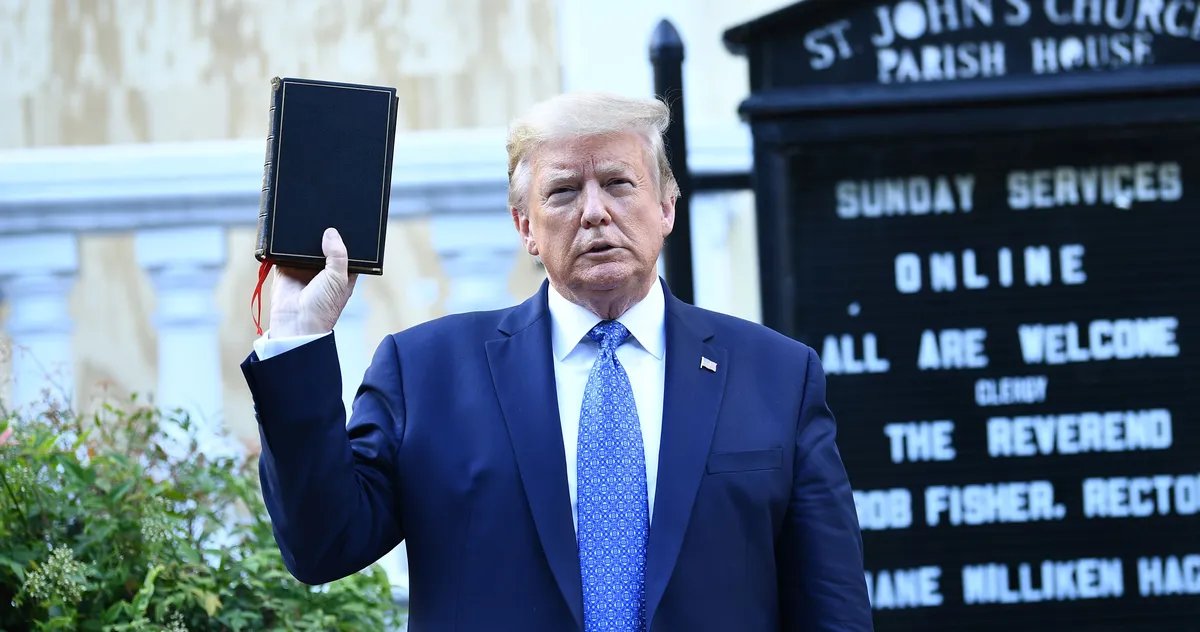 @funder
The evil attack on Lafayette Park protesters must be the focus not the stupid photo op.
09 Jun, 09:09 PM UTC

Jake Lobin
@JakeLobin
Lemme get this straight... An IG appointed by the Former Guy says that hundreds of people in Lafayette Park were *COINCIDENTALLY* tear-gassed by Park Police moments before he had a photo-op w/ an upside-down Bible in front of a church that he only visited that one time?? Ok 🙃
09 Jun, 08:50 PM UTC

@JHoganGidley
Another grotesque lie proven false that was breathlessly and irresponsibly pushed by the media. “U.S. Park Police DID NOT clear Lafayette Park...so President Donald Trump could walk from the White House over to St. John’s Church...” https://t.co/iSV6zQ2MUO
09 Jun, 05:49 PM UTC

Jonathan Turley
@JonathanTurley
Just in. The Inspector General has concluded its review of the Lafayette Park protests and found that there is no evidence supporting the claim that Bill Barr ordered the clearing to allow for Trump's controversial photo op. https://t.co/BbflgtWAqz
09 Jun, 03:18 PM UTC

@RepAndyBiggsAZ
The media pushed a false narrative against Trump, again. The truth always comes out. https://t.co/thkRY2VXL0
10 Jun, 12:45 AM UTC

@SeanParnellUSA
Yet another hoax that the Democrat media complex used to deceive the American people. President Trump never once got a fair shake from them. https://t.co/8Gl06Ga4N4
09 Jun, 07:47 PM UTC

@ggreenwald
That Park Police violently cleared Lafayette Park at Trump's behest was treated as unquestioned truth by corporate media. Today it was revealed by the independent IG Report to be an utter falsehood. Watch how readily and easily they spread lies. From CNN on June 1: 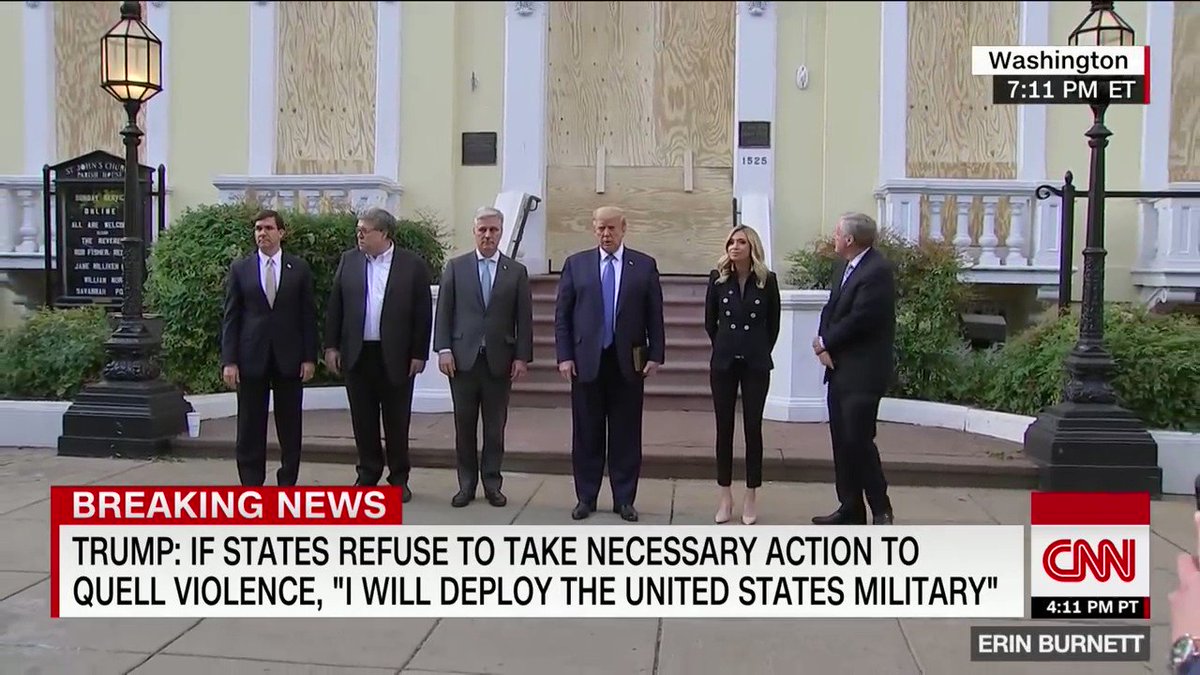 @newsmax
Former President Trump thanks the Inspector General for 'exonerating' him in the clearing of Lafayette Park last year. https://t.co/G4ZqE4txI6
10 Jun, 06:10 AM UTC

🔥Double Dee👠👠
@DCdebbie
The Inspector General for Lafayette Park investigation was, Mark Greenblatt, a Trump appointee and he interviewed no one from the White House. We all saw with our own eyes what happened when Trump wanted to pose with an upside down Bible https://t.co/XO0RjIP2hl
09 Jun, 08:18 PM UTC 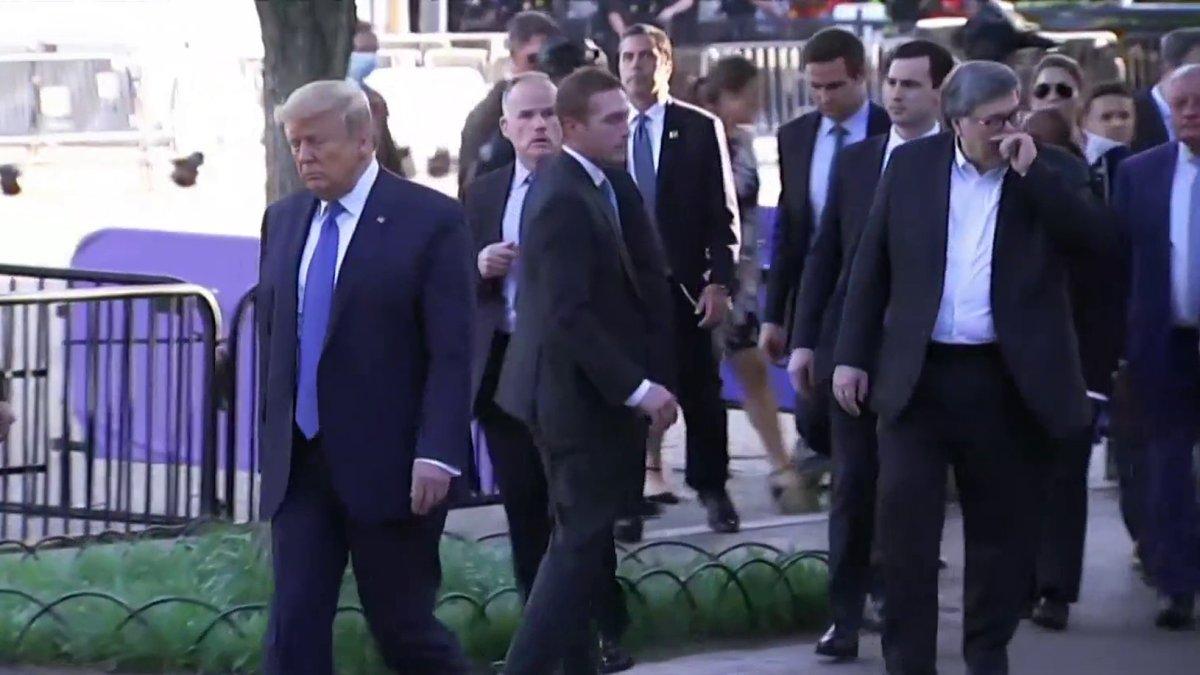 Susan Simpson
@TheViewFromLL2
USPP was informed that Trump would make a visit of Lafayette Park "after protesters had been removed from the area." And yet the report guilelessly concludes that the manner of timing of how the protesters were cleared had nothing to do with Trump's plans for a photo op. https://t.co/aEzDOmXGG1
09 Jun, 06:09 PM UTC

The Sardonic Patriot
@Mayflower_21
One by one all of the left wing lies get exposed, but too late. They lie cheat and steal. Democrats don't care about right and wrong. They care about winning. Republicans must either learn to beat them at their own game, or learn to enjoy losing. https://t.co/txi3PBrF3Q
10 Jun, 01:46 AM UTC

BCOOL
@BCOOL333
Can you believe that? Police did not clear protesters from Lafayette Park for Trump photo op, inspector general finds.
10 Jun, 09:40 AM UTC

@GeraldoRivera
A stunning admission by Trump-Hating #WaPo: U.S. Park Police officers who aggressively cleared Lafayette Park following violent protests were "Acting on a prior plan unrelated to the June 1 appearance there by then President Donald Trump." Now what? How do you say you're sorry?
10 Jun, 01:02 PM UTC

Mexi-'Can' Marine💪🇺🇸🇲🇽(F🖕U Reps!)
@Jay_USMC2
A new report by an internal watchdog for the Interior Dept. claims that the friendly protesters were removed, violently with bullets, gas & pepper spray, so that fencing could be installed. "Trump & Barr should be charged!" #DemVoice1 #Fresh2 #ONEV1 https://t.co/CIm9QG2Omz
10 Jun, 12:07 AM UTC