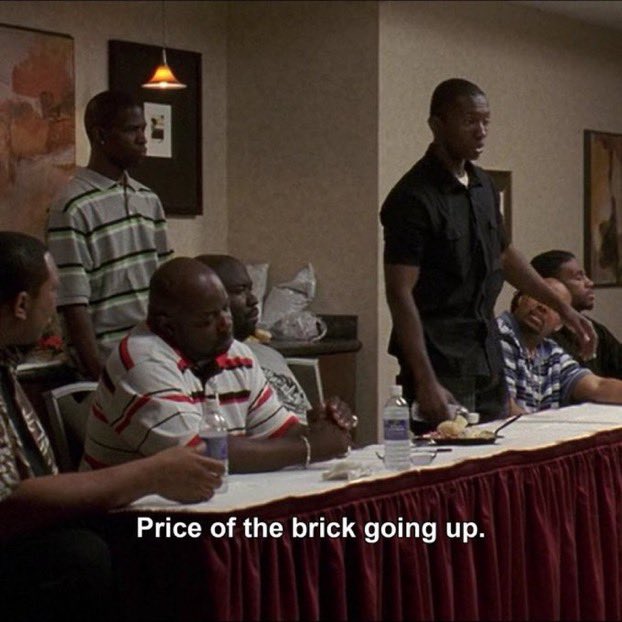 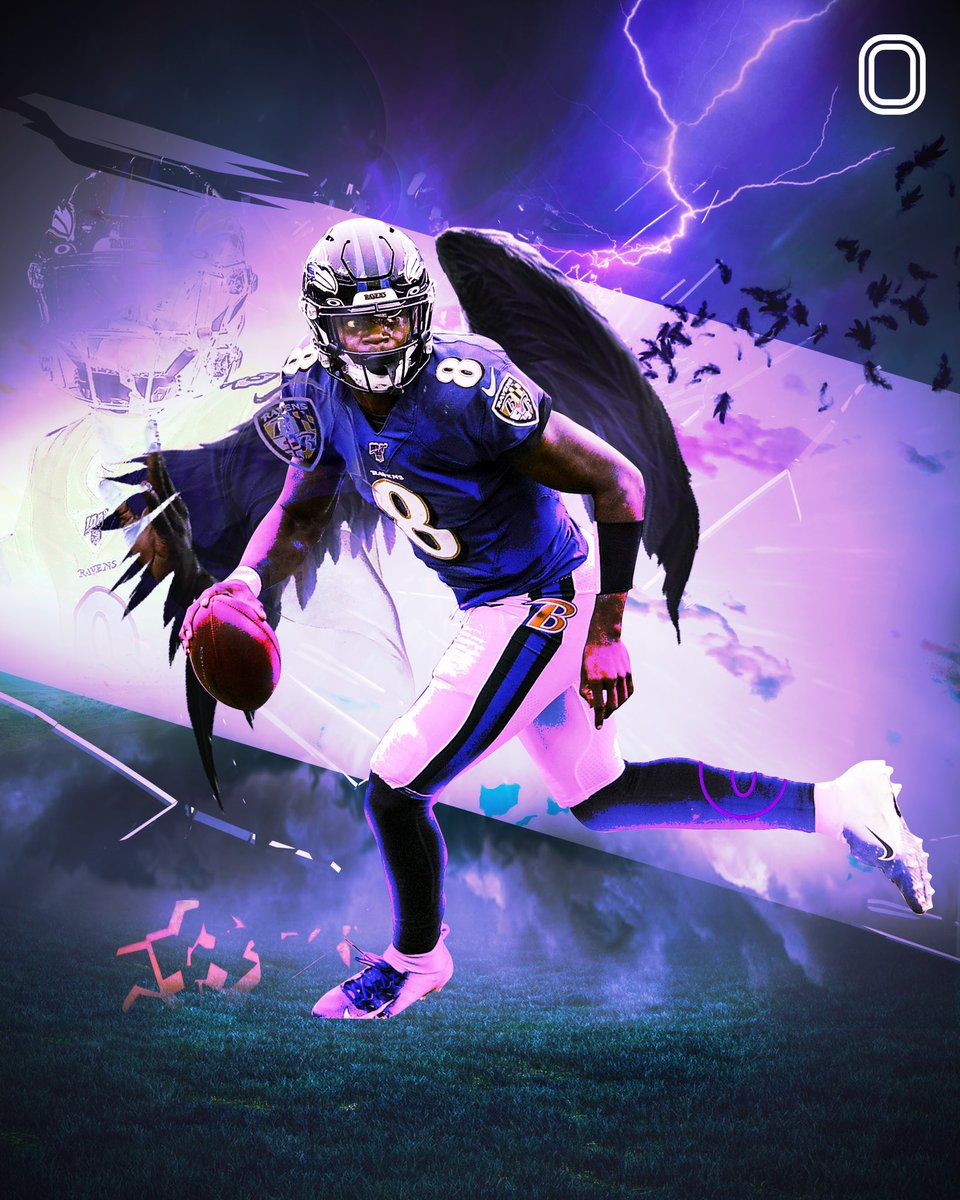 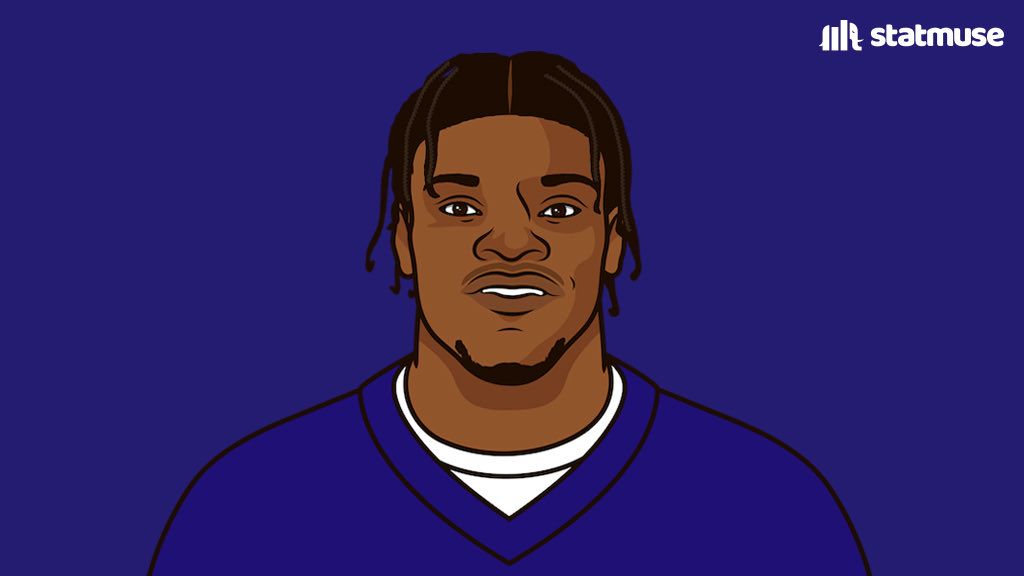 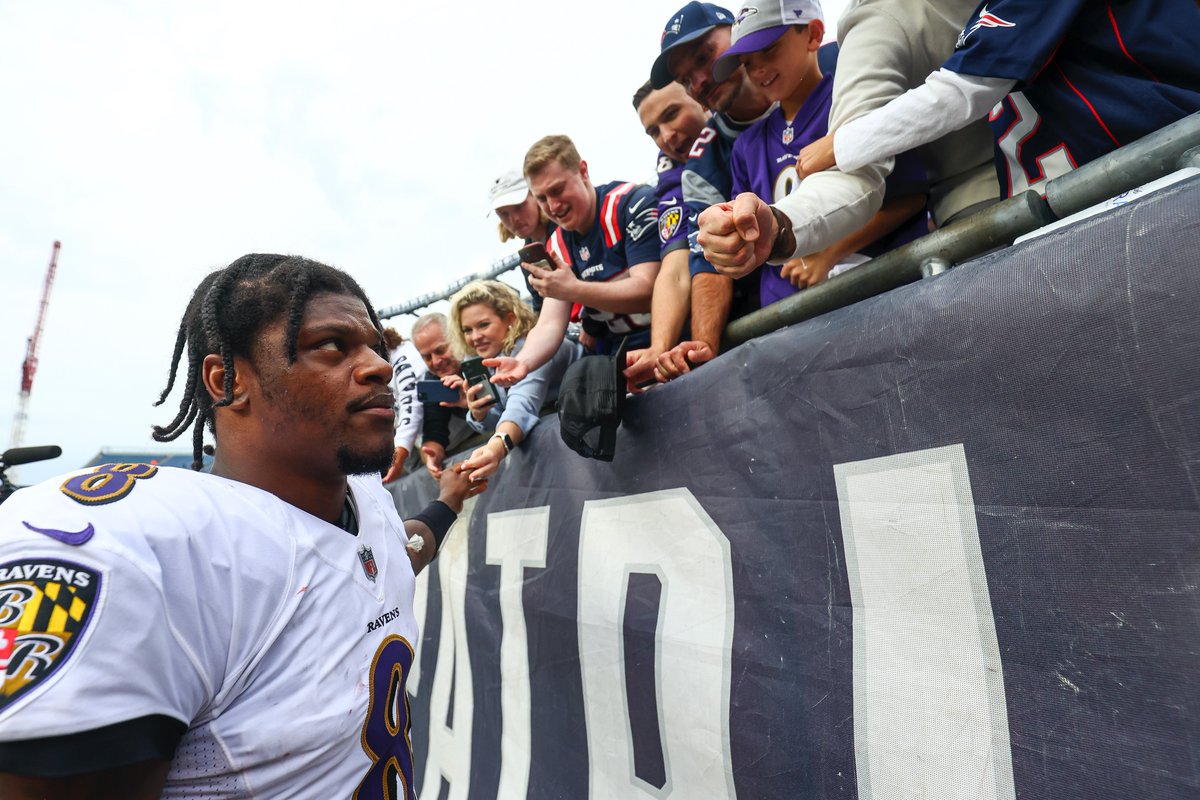 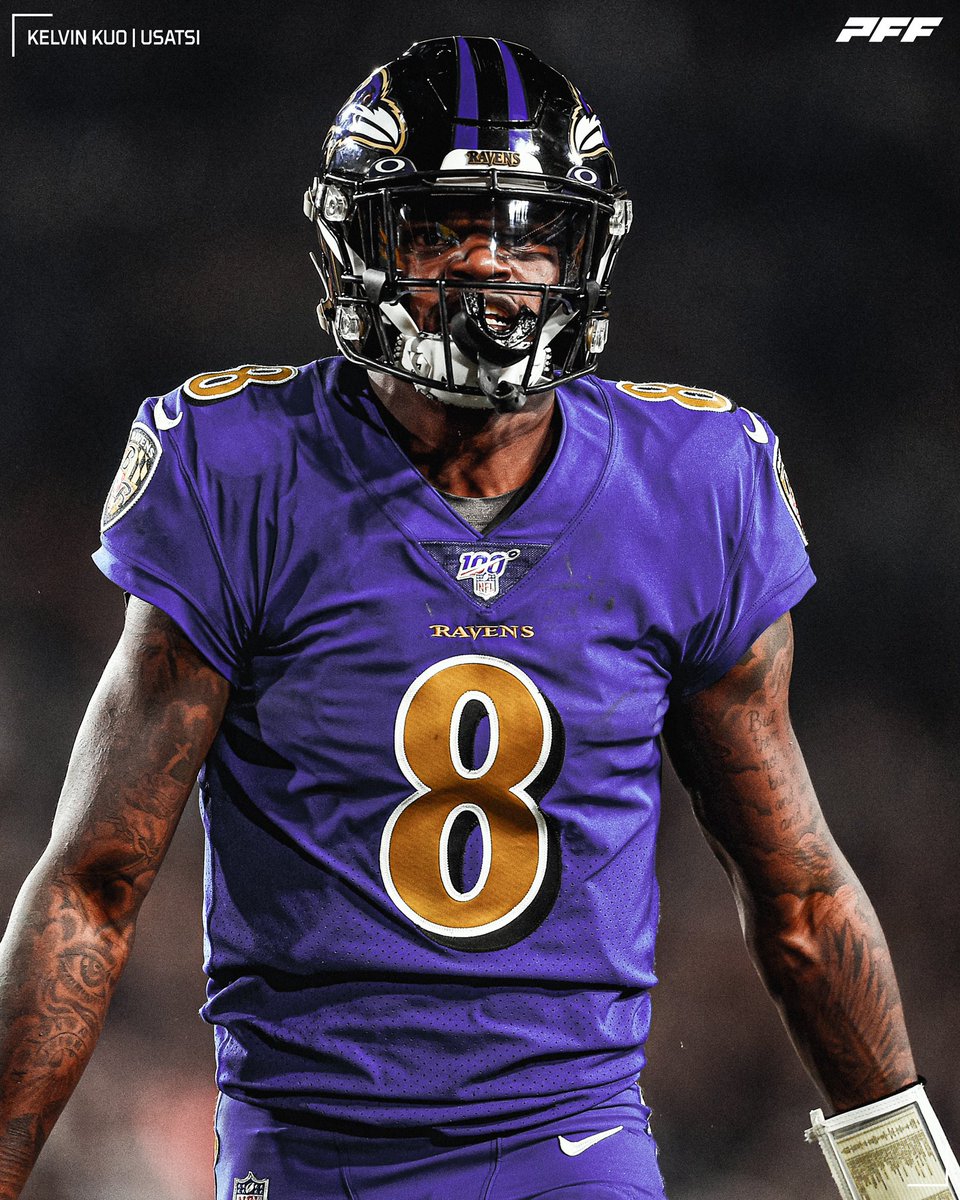 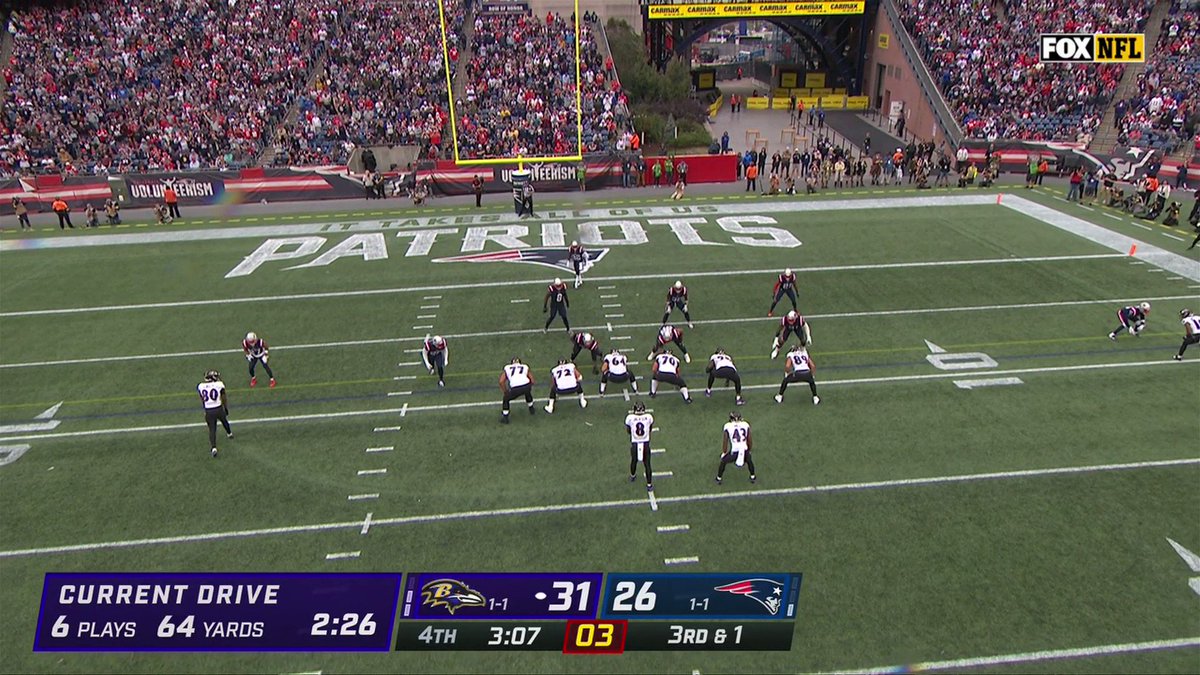 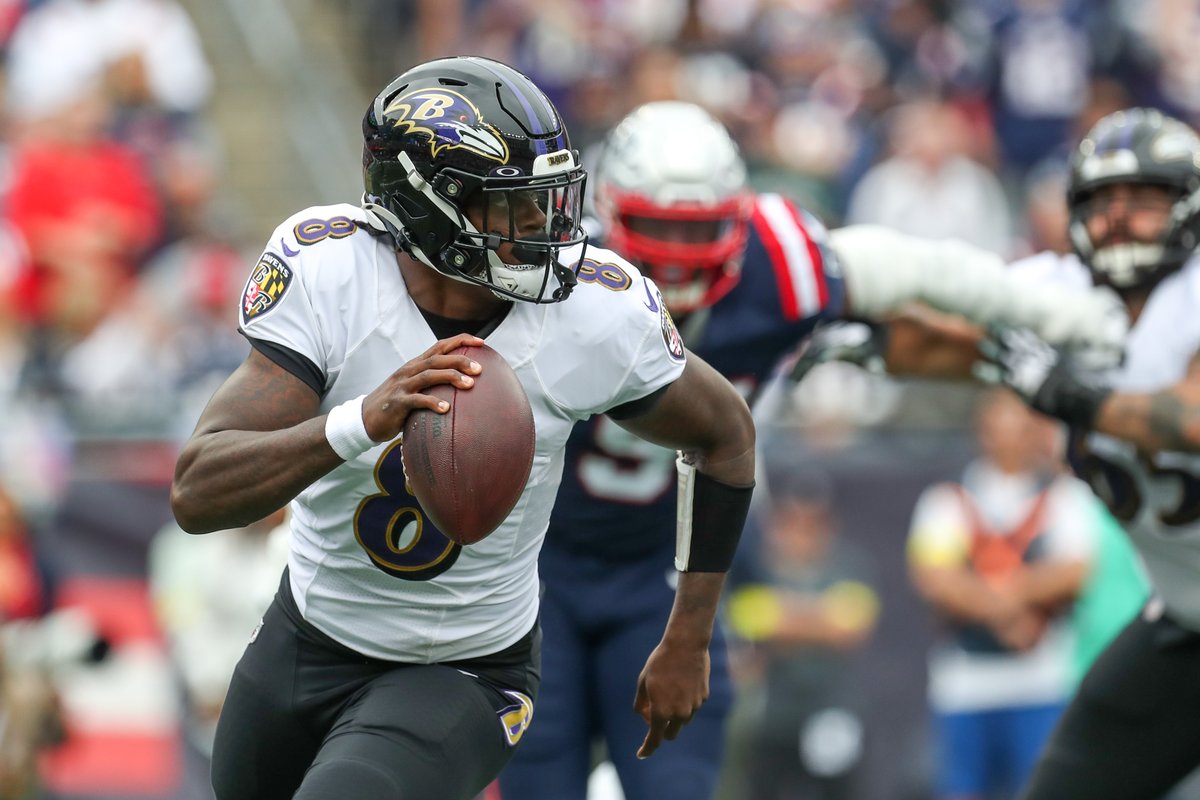 @getnickwright
Lamar Jackson, who still doesn't have a contract extension, has scored 4+ touchdowns in every game this season. The Denver Broncos, who gave Russell Wilson a smooth quarter billion, have scored 2 TOTAL touchdowns in 10 quarters this season.
26 Sep, 02:07 AM UTC

@RealSkipBayless
Lamar Jackson is just an extraordinary football player, worth every penny he's asking for. But even after he dominated Belichick at NE, you know what the Ravens will argue: Running for 107 yds is just too dangerous for us to guarantee every penny of a 5-year deal.
25 Sep, 09:51 PM UTC

LOLKNBR
@LOLKNBR
Great awareness by Jimmy to step out of the back of the end zone before throwing the pick 6. Veteran move.
26 Sep, 02:22 AM UTC

@SultanofStat
Lamar Jackson's 102.26 fantasy points are the most by any quarterback in history through his team's first three games of a season.
25 Sep, 09:40 PM UTC

Sarah Ellison
@sgellison
Mark Andrews on Lamar Jackson: "He's just elite, man. The way he is on and off the field. He's in an elite division for sure."
25 Sep, 08:40 PM UTC 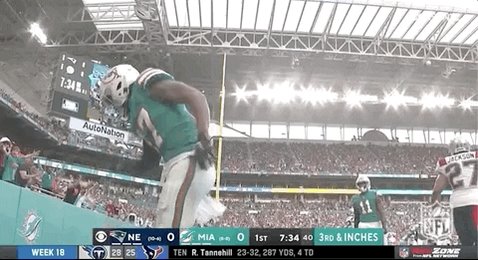