Lampard is trending on Twitter. Popular tweets on Lampard.

@SkySportsPL
Frank Lampard has praised Marcus Rashford's "fantastic" campaign against child poverty, while Jurgen Klopp says it is "absolutely incredible" what the Manchester United striker has achieved 👏👏
24 Oct, 09:00 AM UTC

Footy Humour
@FootyHumour
Lampard looking like he should be a criminal from Home Alone 😂 https://t.co/I44yi6eqkY
24 Oct, 06:22 PM UTC

@ChelseaFC
Lampard praises Mendy's performance tonight. 'His performance was very good. He showed what he is there for and that is why we brought him in. I'm delighted with the saves today.' #MUNCHE
24 Oct, 07:06 PM UTC

Alex Goldberg
@AlexGoldberg_
It was ugly and fans rightfully so want to see beautiful football from Chelsea ASAP, but it’s another clean-sheet & it looks like so far Lampard & the club have made wise moves w/ Mendy & Silva. Didn’t deserve to win, but def didn’t deserve to lose. And the Azpi no-call... 🙄
24 Oct, 06:25 PM UTC

@samuelluckhurst
Ironic that Chelsea, after spending £200m, came here to play for a draw against a porous United defence. Lampard cautious after conceding three again last week but other managers would get more of a barracking for playing like that. Dire game. #MUNCHE #mufc
24 Oct, 06:31 PM UTC

CFC DUBois
@CFCDUBois
Lampard can’t win. We concede goals and play entertaining football and fans drag him for it. Lampard fixes the defence which concede 0 goals to Sevilla and Manchester United combined and he’s dragged for it. The balance will come, we’re making progress.
24 Oct, 06:39 PM UTC

FootballFunnys
@FootballFunnnys
Why does Frank Lampard look like he’s about to rob Kevin McCallister’s house on Christmas Eve? 😂😂 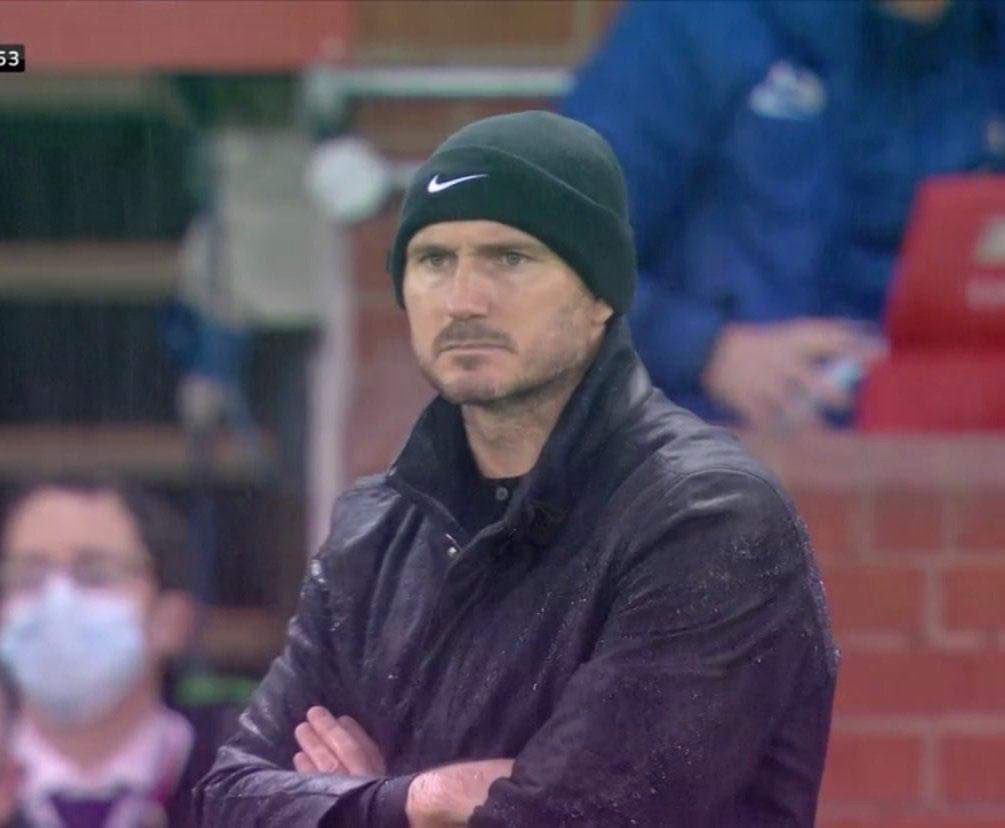 @ChelseaFC
Lampard suggests that he felt that Cesar Azpilicueta should have been awarded a penalty in the first half. He said he is 'surprised' at how quickly VAR made its decision. #MUNCHE
24 Oct, 07:03 PM UTC

@ChelseaFC
Lampard ends by dismissing a suggestion that the players should have 'appealed more' for the penalty. He feels that VAR should have intervened. That's all from the boss tonight. We'll have more reaction on the 5th Stand app and the CFC website shortly. #MUNCHE
24 Oct, 07:09 PM UTC

@NizaarKinsella
Lampard on Maguire-Azpi: "I thought it was a clear penalty and I didn't see it at the time from where I was standing. It is a hard call for the referee but VAR was quick to dismiss it and then they should have got the ref to watch it on the monitor." #CFC #MUNCHE
24 Oct, 07:02 PM UTC

Pys
@CFCPys
I can’t believe he’s just brought on Mason Mount and Tammy Abraham for Timo Werner and Kai Havertz, ever wondered it’s the system that is shit and not the players? Absolutely awful in game management again from Lampard.
24 Oct, 05:58 PM UTC

Vince™
@Blue_Footy
Everyone is talking about Hudson-Odoi who didn't make the matchday squad but we forgot that we are playing back three and Lampard went for Azpilicueta instead of Christensen.
24 Oct, 04:09 PM UTC

CFC DUBois
@CFCDUBois
After we conceded 3 to West Brom & 3 goals to Southampton, Chelsea fans went for Lampard’s head for the defence. We’ve just kept back to back clean sheets against a very good Sevilla team & United who beat us 4-0 in this fixture last season yet we’re still going for his head?
24 Oct, 06:49 PM UTC

SUN🌝
@shank_comics
Maguire should go back to prison; Mendy is always calm; Fred can’t pass anything. Even IELTS the Werey no go pass; Lampard and Ole are are both oloriburukus; #MUNCHE
24 Oct, 06:36 PM UTC

@SkySportsPL
"It is a clear penalty. VAR are here for those decisions" Frank Lampard was shocked Chelsea did not receive a spot kick in the first half at Old Trafford 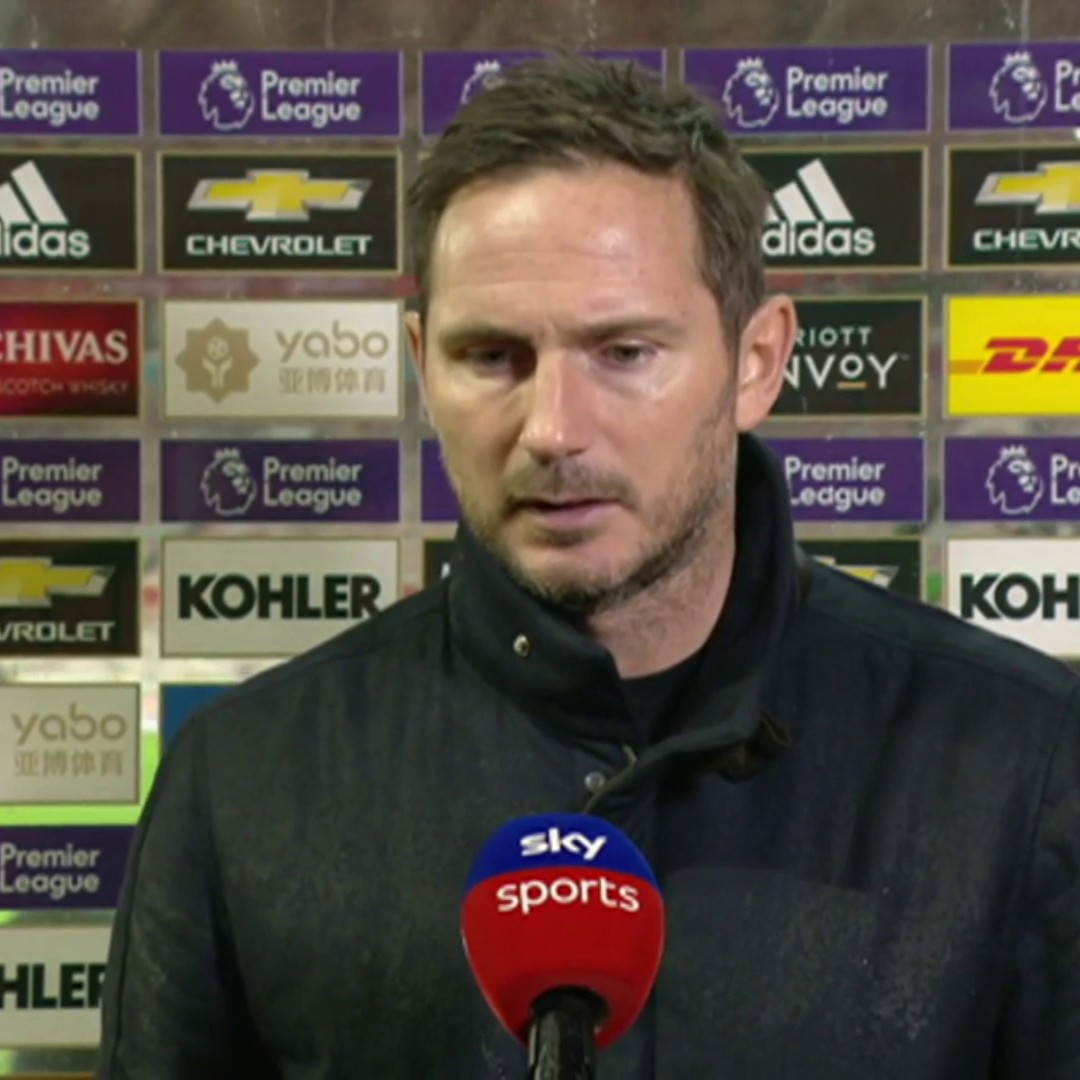 CFCDaily
@CFCDaily
Lampard: “I spoke to the lads about how many penalties they get here over the last 2 seasons they’re miles ahead in Europe.” #CFC https://t.co/io341qd8tC
24 Oct, 07:09 PM UTC

CFC DUBois
@CFCDUBois
Chelsea fans are so used to instant success that it’s impossible for a manager to build a team at Chelsea. Lampard was brought in for the long term project & not for overnight success & just to be sacked. Did Klopp produce his PL & UCL winning Liverpool overnight? No. Back him💙 https://t.co/mH0TmIGGNp
24 Oct, 07:07 PM UTC

@NizaarKinsella
Lampard on Mendy: "Yes, his performance was very good. You rely on your goalkeeper in those moments in a tight game. He showed what he is there for and we brought him in for his quality. He has showed great composure in his games already." #CFC #MUNCHE
24 Oct, 07:04 PM UTC

CFC DUBois
@CFCDUBois
100% Lampard in & explained that progress has been made defensively which has been a pressing issue since Sarri. That’s not to say he’s doing perfectly well. - In game subs - Mistreatment of CHO, Giroud & Kovacic, our POTY. - Mount isn’t a winger. Needs addressing ASAP.
24 Oct, 07:34 PM UTC

PAUL MCG AFC☘️ ©
@Afcpmg
Both Ole and Lampard have been managing longer than Arteta and have spent hundreds of millions and yet their teams are bang average. Arteta has only been in the job about 9 months and hasn't spent anywhere near that these 2 have. All Arsenal fans need to get behind Arteta fully👍
24 Oct, 06:12 PM UTC

Milista of Informashun ❁
@EkeVanVictor
We keep talking about Positives every week like that's what will win us any title. How about we start asking Lampard for our three points. Yes Timo Werner was great last week, Mendy was superb today. But what the heck is wrong with Lamps and his team selection?
24 Oct, 07:31 PM UTC

James
@FtblJames_
I’d much rather draw 0-0 than 3-3. The best sides are built on a strong defence, which Lampard is clearly prioritising. Eventually with all the attacking talent we have, and as they continue to gel, the balance of the team and the goals will come.
24 Oct, 06:43 PM UTC

@ojharbord
For the second game in a row, Chelsea had the defensive stability they craved, but it left attacking prowess needed. A decent point, but Lampard still searching for that balance. #cfc https://t.co/o7aoLgctmq
24 Oct, 07:02 PM UTC 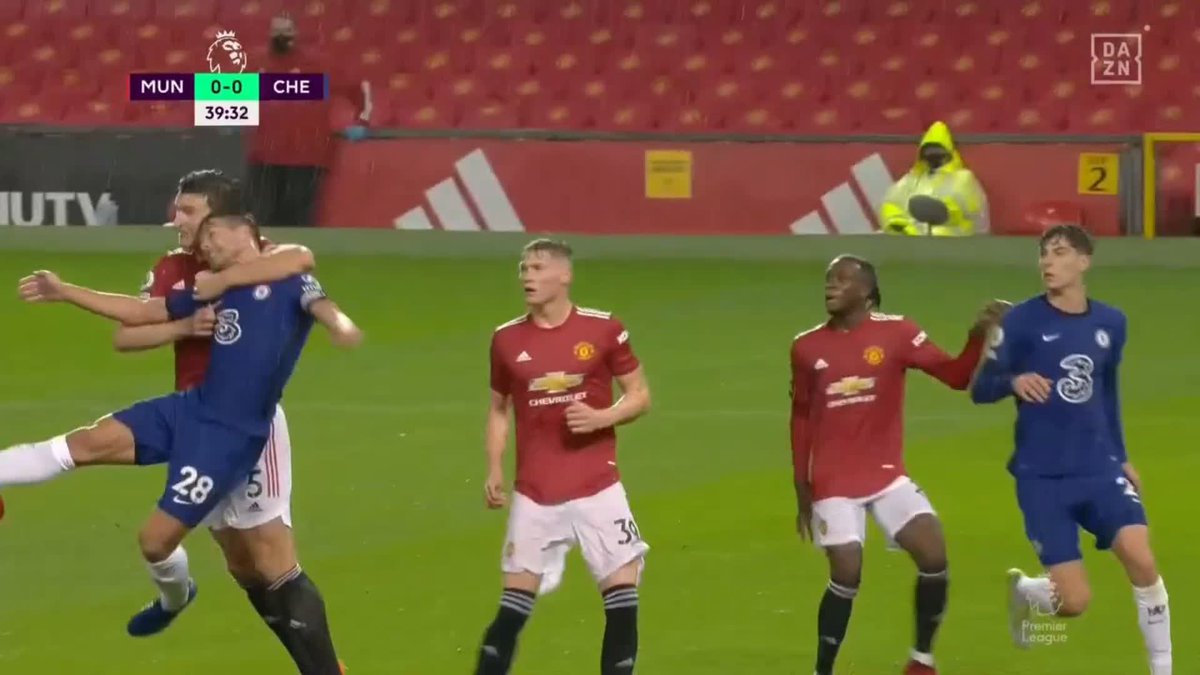