@AdamParkhomenko
Lindsey Graham wants to throw our money at fucking Boeing but when it comes to nurses, he starts acting like it’s his money.
25 Mar, 08:08 PM UTC

Protect Robert Mueller ✊
@DisavowTrump20
BREAKING: in a newly-released poll of the South Carolina U.S. Senate race, Democrat Jaime Harrison is polling within the margin of error of Trump’s favorite puppet, Lindsey Graham! RETWEET if you support Harrison as he runs to beat Graham and flip the Senate Blue! 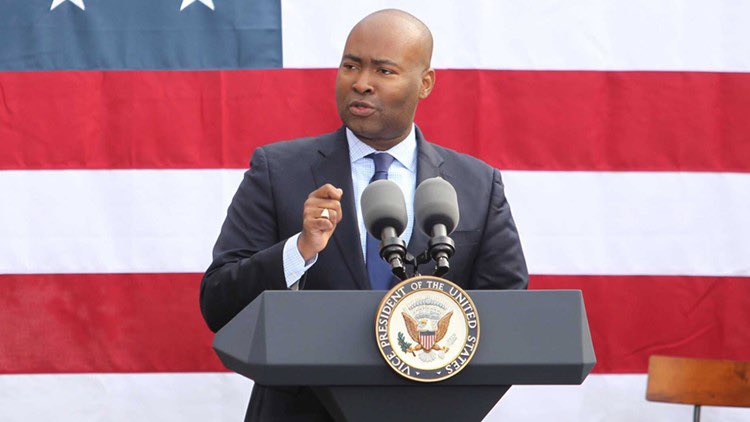 Pé
@4everNeverTrump
Fun Fact about Lindsey Graham as he complains today about government handouts: Every single paycheck he's received since 1982 has been from the US Government.
25 Mar, 09:20 PM UTC

Sailor Michael
@Megawatts55
Tim Scott, Lindsey Graham and Ben Sasse are trying to hold up the bill because they say it puts an incentive on being unemployed..That is straight bull****. Who in the hell quit their job over a small check that doesn't pay your car note? GTFOH
25 Mar, 05:30 PM UTC

@tedlieu
Senator Lindsey Graham wrote the below statement one day ago: “There is no good reason to deny the American people the help they need. So many good things in this bill to help Americans. Pass the damn bill. Enough already!” https://t.co/0aqCLsr4Yk
26 Mar, 01:13 AM UTC

Jamison Foser
@jamisonfoser
At Gov. Cuomo’s urging, 40,000 *retired* nurses and doctors have volunteered to come out of retirement to help fight COVID-19, and smarmy shitheel Lindsey Graham is out here pretending nurses are leeches and freeloaders. https://t.co/esGu3k6yLK
25 Mar, 10:03 PM UTC

Aaron Fritschner
@Fritschner
Lindsey Graham has made it pretty clear in the last few hours that he has absolutely no idea how unemployment insurance works. https://t.co/po0i4ZAalj
25 Mar, 09:02 PM UTC

Ricky Davila
@TheRickyDavila
Let me get this right... American workers are suffering from being laid off to prevent spreading a deadly virus. So, Lindsey Graham, Ben Sasse, Tim Scott are delaying relief because they say it promotes unemployment? THESE CROOKS ARE BLAMING PEOPLE FOR BEING LAID OFF. WTF?
25 Mar, 08:50 PM UTC

@owillis
Objecting to a provision in the Senate coronavirus bill providing unemployment benefits for people in financial trouble, Sen. Lindsey Graham says nurses are "going to make $24 an hour on unemployment" which he claims would incentivize "taking people out of the workforce."

Eric Kleefeld
@EricKleefeld
I know South Carolina is deep-red, but I would like to see a TV ad this year replaying Lindsey Graham sneering at nurses as a bunch of greedy layabouts. https://t.co/5Zuto8RgA5
25 Mar, 08:38 PM UTC

Ricky Davila
@TheRickyDavila
This is an ICU Nurse in Michigan. Lindsey Graham insulted her and her colleagues today. 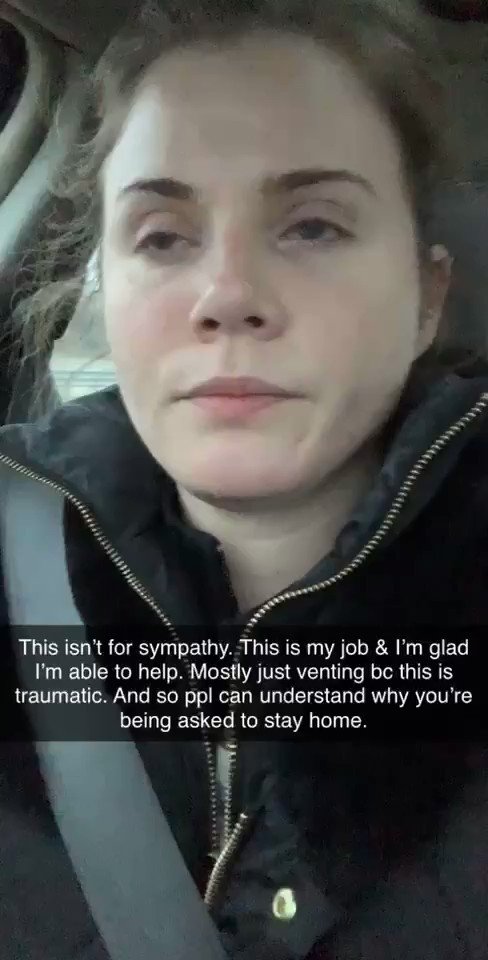 @DavidShuster
Certain the MSM will never give due credit @BernieSanders. But let’s be clear: It was Senator Sander’s threat to put a hold on the entire bill (over the corporate $) that turned around GOP Senators who were complaining about an unemployment provision. . https://t.co/rE2hdd8KIx
26 Mar, 03:14 AM UTC

Ricky Davila
@TheRickyDavila
In trying to blame all laid off Americans for being laid off due to a growing pandemic, Lindsey Graham used Nurses as an example by calling them freeloaders and thieves. Please help me by sending a big Ole’ FUCK YOU to @LindseyGrahamSC. Thanks.
25 Mar, 11:24 PM UTC

@PoliticusSarah
Republican Senators like Lindsey Graham and Ben Sasse are blocking the coronavirus stimulus bill because they think it is too good to laid-off people. https://t.co/aF2wCDvdoe via @politicususa
25 Mar, 08:01 PM UTC

James Doyle
@priusjames
The SENATE IS ABOUT TO GO ON A 26 DAY PAID VACATION and Senator Lindsey Graham is pissed that Nurses are going to get paid for not working. These people are really very horrible humans. The worst. #CA45 #CA48 #CA49 #CA22 @ocregister @latimes @SenateGOP @LindseyGrahamSC @repkat https://t.co/A1oY0Vu6TO
26 Mar, 12:36 AM UTC

@dscc
NEW POLL: When voters hear the facts about Senator Lindsey Graham’s record, @harrisonjaime pulls into a lead in the #SCSen race — by 4 POINTS. RT if you’re ready to flip this seat in November! https://t.co/oijSZ3D5kx
25 Mar, 11:21 PM UTC

great scott! 🇺🇸
@GreatScott1991
Whenever the opportunity to be an asshole arises, rest assured that Lindsey Graham will not miss it.
26 Mar, 01:31 AM UTC

Ricky Davila
@TheRickyDavila
MAGA Lunatic Lindsey Graham has no problem with splashing Boeing or any other corporation that’s $friendly$ to him with tons of cash to help them, but when it comes to laid off workers needing to survive, he makes it seem like they’re stealing from his wallet. Selfish Asshole.
25 Mar, 09:55 PM UTC

Ricky Davila
@TheRickyDavila
An assistant nursing Manager named Kious Kelly has died from the Coronavirus. He worked at Mount Sinai West in NYC where nurses are having to wear trash bags because there isn’t enough protective gear. This is who Lindsey Graham insulted today by calling nurses freeloaders.
26 Mar, 03:06 AM UTC

Kurt Hackbarth 🌹
@KurtHackbarth
While Joe Biden mangles the English language beyond all known recognition, Bernie is doing this to Lindsey Graham & Co. on the Senate floor: #WednesdayMotivation #stimulusbill https://t.co/hEw79oSftl
26 Mar, 02:04 AM UTC

@KimforSC
Lindsey Graham doesn’t value the hard work of frontline healthcare workers. Nurses are risking their lives to care for us right now, but to him, $24/hour is too much? Make sure this video makes the rounds come election time. https://t.co/A4uXBwI0jW
25 Mar, 09:17 PM UTC

🍑Bodhi Sattva 🌊🌊🆘🔄🗽
@SurfsUpBodhi
#VoteBlueToSaveAmerica Lindsey Graham is a criminal, a disingenuous liar, and a traitor to the United States... protecting Trump and the #GOPTraitor's financial interests while pissing on every American in a time of crisis. #GrahamIsATraitor #GOPBlackOut #ResistanceIsNotFutile https://t.co/v6izr5rBxy
26 Mar, 12:02 AM UTC

Shelly Splainin’
@sheLLbeLL_xo
Lindsey Graham just can’t help himself. Of all professions to insult during a pandemic, he takes on nurses. Lindsey makes about 3 times more than S.C. nurses. Nurses work their asses off... oh and they save lives. What exactly does Lindsey do?
26 Mar, 02:47 AM UTC

@seankent
Does Lindsey Graham think nurses are so low down that they’re going to quit their jobs in the middle of a pandemic so they can make $24 an hour? What an insulting thing to say about some of the best our society has to offer.
26 Mar, 03:14 AM UTC

Eileen Kiely for Oregon
@KielyforOregon
PSA to Sens. Tim Scott, Lindsey Graham, and Ben Sasse, who think UI provides "incentive for employees to be laid off instead of going to work because some people could theoretically make more by being unemployed:" employees can't get UI if they quit. It's the employer's call.
26 Mar, 04:06 AM UTC

NahBabyNah
@NahBabyNah
We on the Right, know that @LindseyGrahamSC is just grabbing headlines. He'll do NOTHING "Lindsey Graham says coronavirus rescue package is "Bernie Sanders on steroids"" https://t.co/0ukwl6VRa4
26 Mar, 03:24 AM UTC