@SportsCenter
LUKE WILLIAMS WALK-OFF HR IN HIS FIRST START ‼️ He was called up on Monday and hit this missile with two outs for the Phillies' win. Incredible. 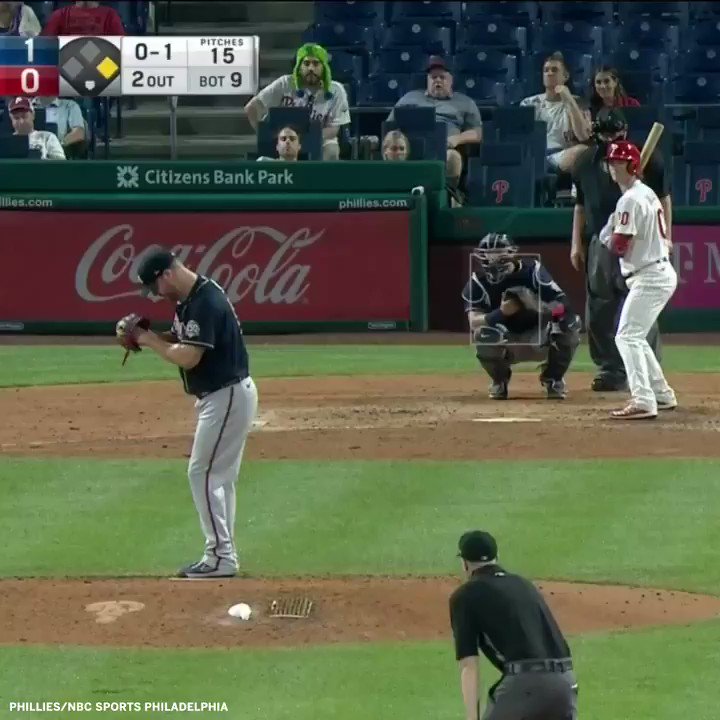 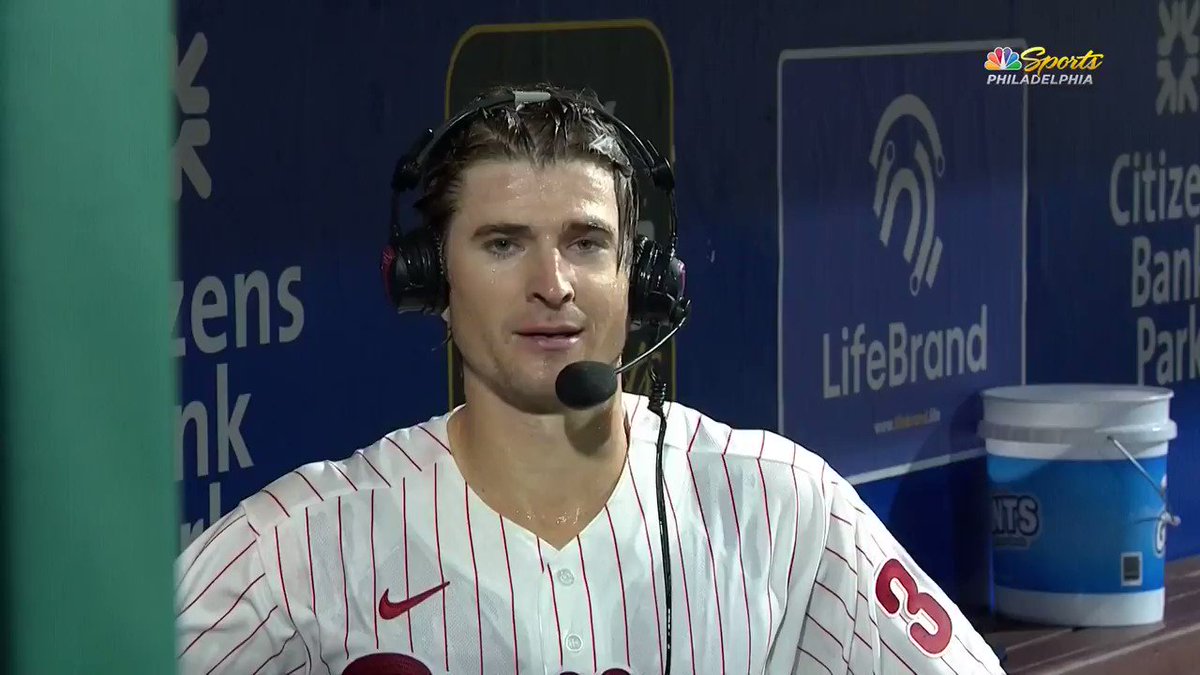 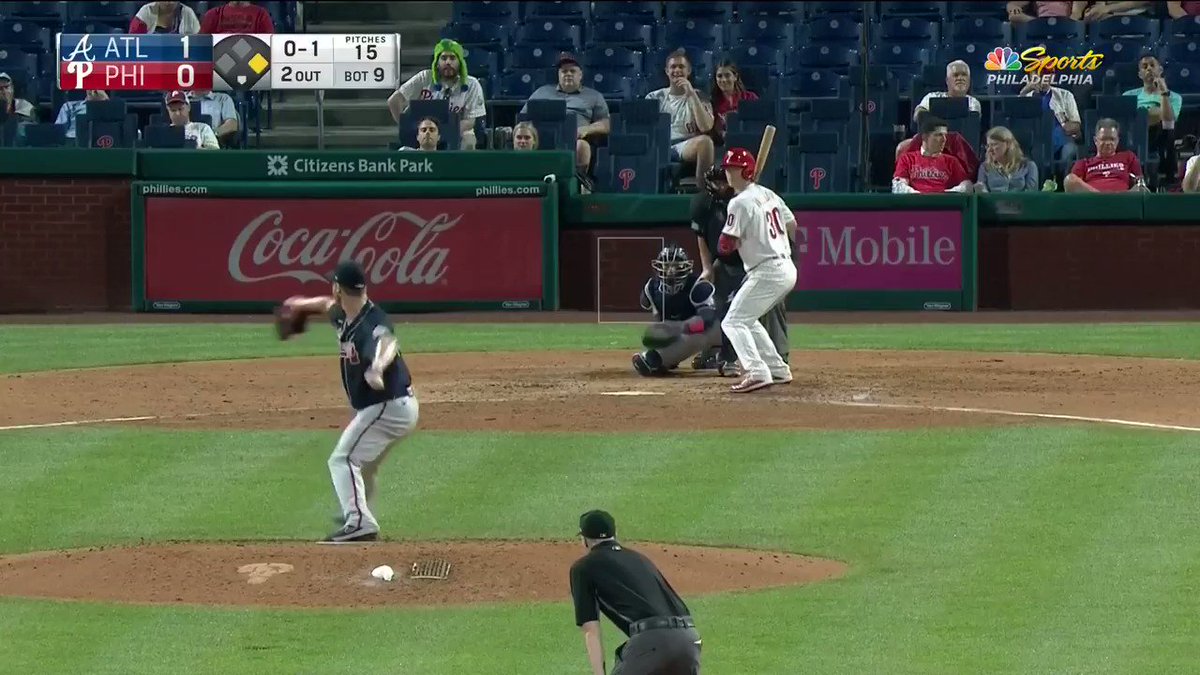 @MLBONFOX
Luke Williams with the walk-off for the Phillies in the... FIRST START OF HIS CAREER!!! 🙌✨ (via @Phillies) 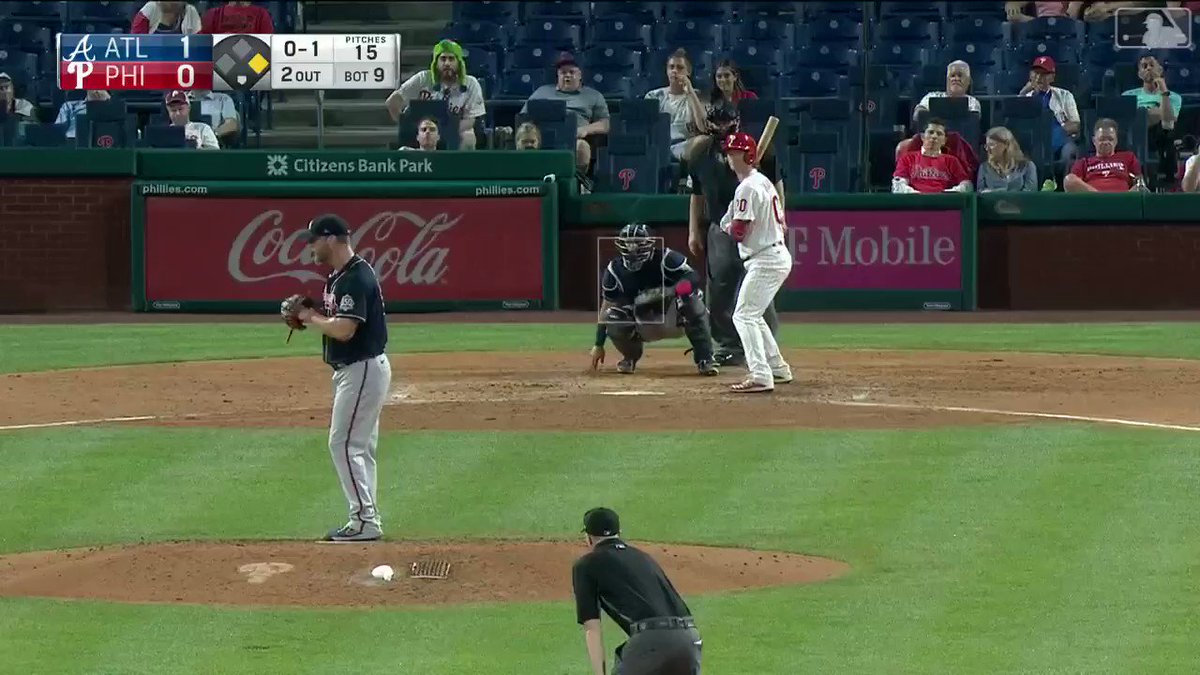 @BleacherReport
Luke Williams got emotional talking about his first walk-off homer ✊ @BRWalkoff This is what it’s all about. (via @NBCSPhilly)

@MLBStats
Luke Williams is the 6th player in the last 20 years to hit a #walkoff HR in his first @MLB start. No @Phillies player has ever done it. h/t: @EliasSports 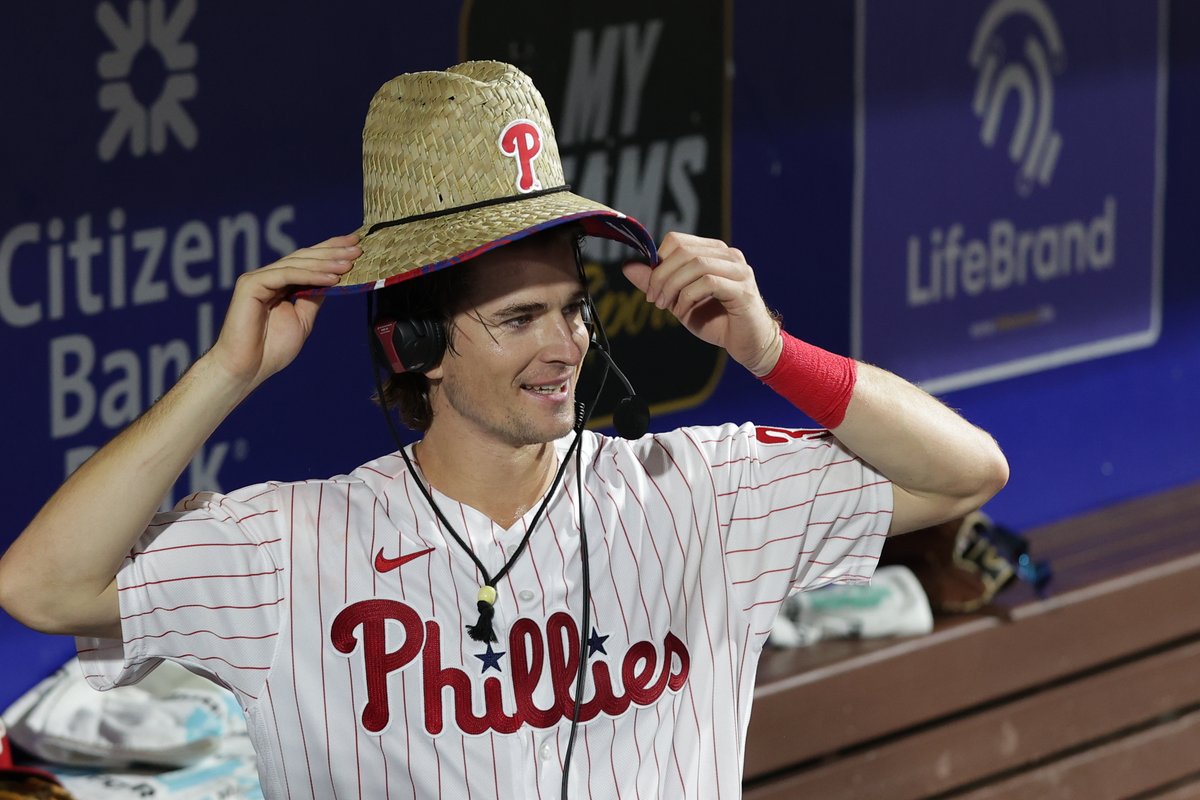 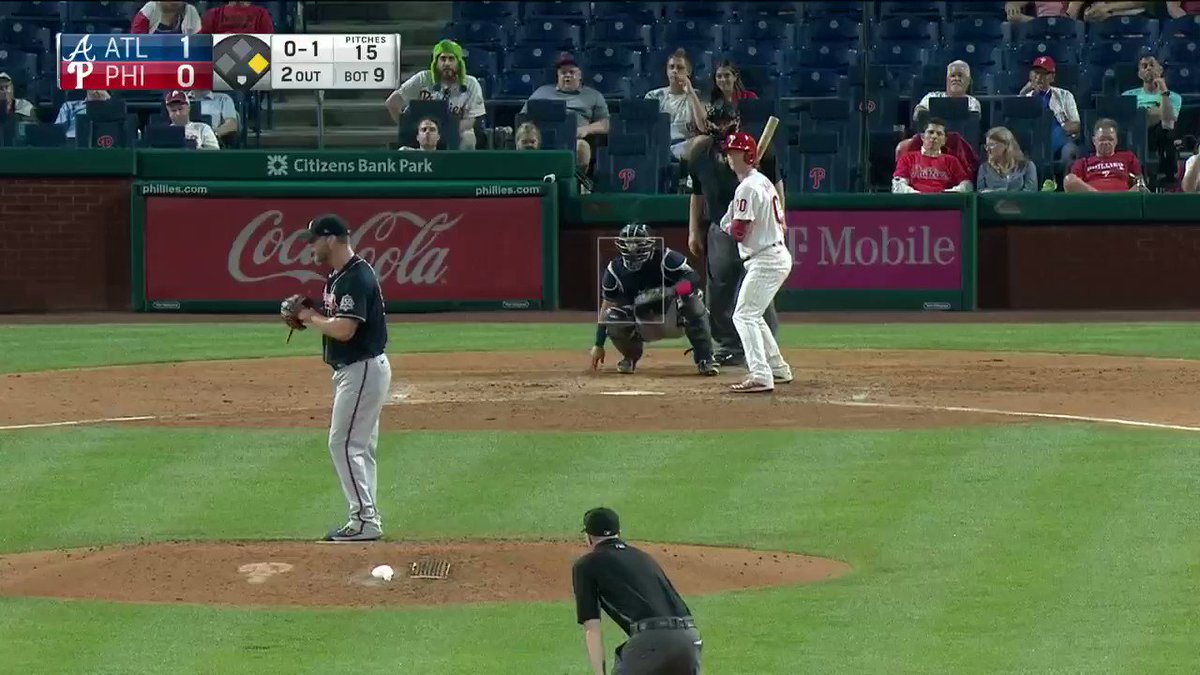 @JClarkNBCS
This is Luke Williams pregame today with Ruben Amaro Jr Ruben drafted Luke in the third round in 2015, Ruben’s last year as Phillies GM First Phillie ever with a walkoff HR in his first MLB start! 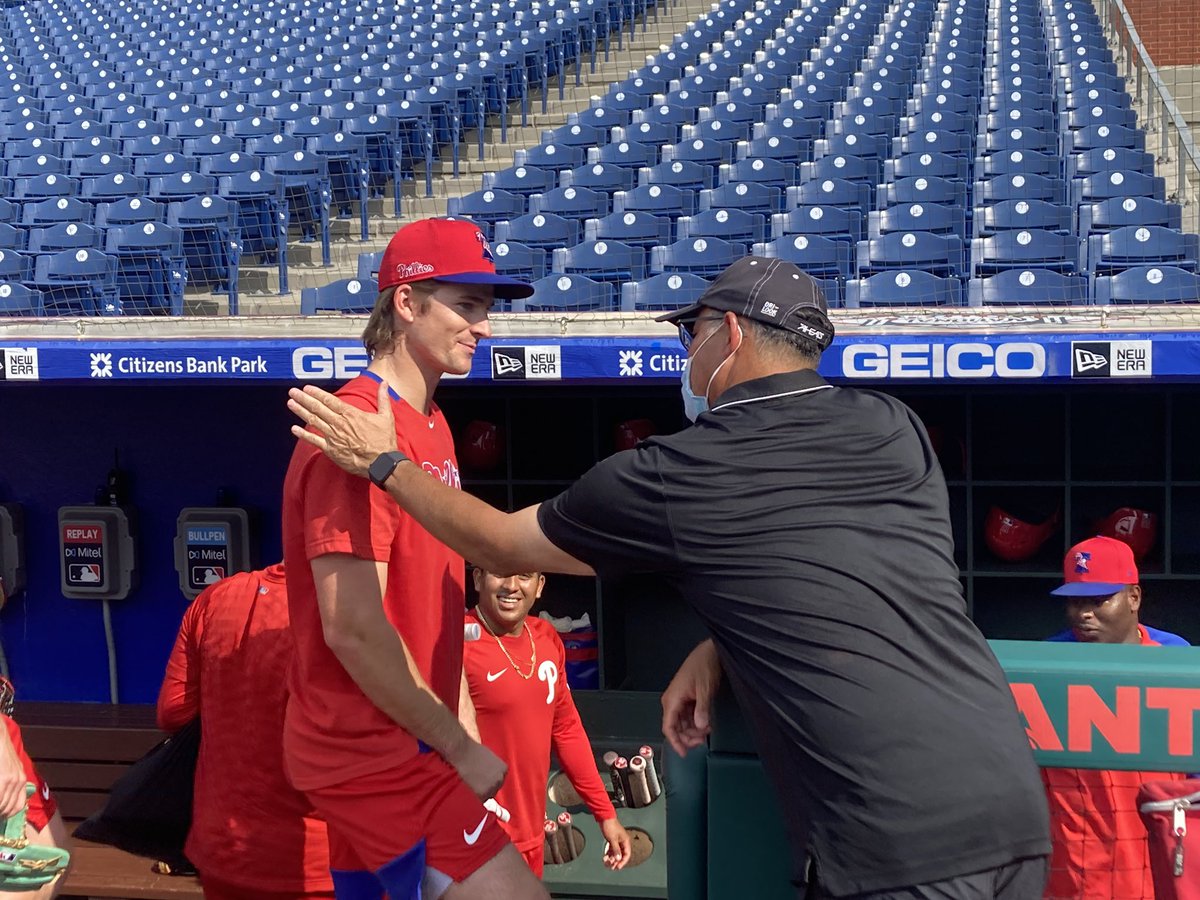 @jaysonst
Luke Williams hit no HR in the minor leagues this year, in 82 plate appearances. He just hit a walkoff lead-flipping HR off Will Smith in his 2nd game in the big leagues. Baseball!
10 Jun, 02:02 AM UTC

@KevinNegandhi
And then Luke Williams’ reaction afterwards talking about his family in a great interview w @TMacPhils. It’s why we love sports. #RingTheBell

@Phillies
One for the books: https://t.co/4yQP2BkvLt #RingTheBell 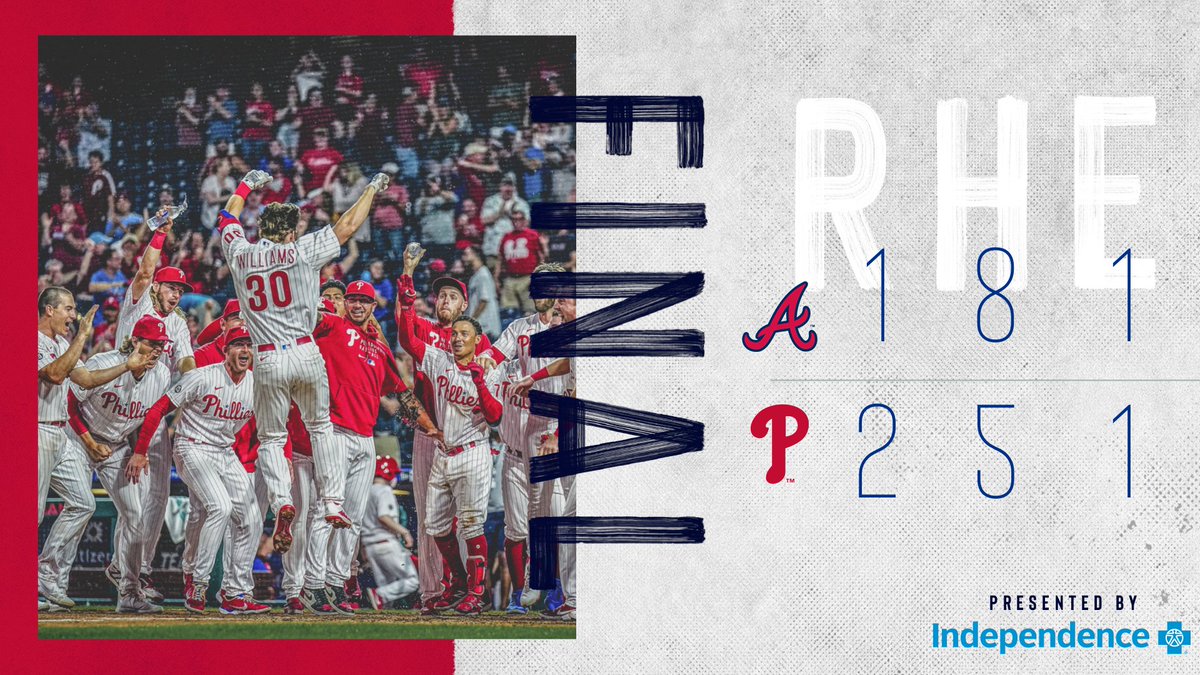 Joe Pompliano
@JoePompliano
After hitting a walk-off home run in his first MLB start, Luke Williams got choked up talking about his family post-game. This is what it's all about. https://t.co/o6LlAjw6nh
10 Jun, 02:56 AM UTC

Franzke & LA
@FranzkeLA
Franzke -“He looks up and IT IS GONE! It’s a walkoff home run! The first home run in the career of Luke Williams! An amazing moment in an amazing week in the life of Luke Williams!”
10 Jun, 02:01 AM UTC

@theaceofspaeder
Luke Williams is the first #Phillies player to hit a walk-off home run with Philly down in the game and down to their last out since Pat Burrell on May 2, 2008. He is the first to do so for the first run(s) of the game since Bob Dernier on May 15, 1989.
10 Jun, 02:05 AM UTC 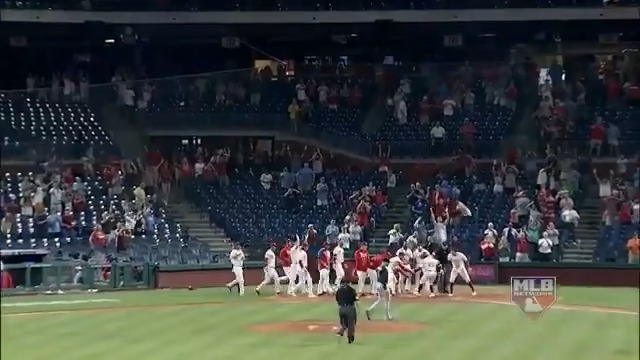 @MBarkannNBCS
Luke Williams is the 1st player in Phillies history with a walk-off HR in his first career start. He’s the 6th player to do this for any team in the last 20 seasons, and 1st NL player since Miguel Cabrera in 2003.
10 Jun, 02:43 AM UTC

Spencer McKercher
@swmckercher
Check out the entire 4 minute interview with Luke Williams here, with lots of water dumping and hugs from his fam. https://t.co/HLRGEHqQne
10 Jun, 02:46 AM UTC