Brady Trettenero
@BradyTrett
What an embrace between Nathan MacKinnon and Erik Johnson after winning the Stanley Cup https://t.co/sqjHj0qVCT
27 Jun, 02:53 AM UTC

@iancmclaren
Nathan MacKinnon: "I've been the drunkest guy at (Crosby's) Cup parties so he better be drunk at mine."
27 Jun, 03:09 AM UTC

@PierreVLeBrun
Sidney Crosby just now on Nathan MacKinnon: “I am really happy for Nate. I know how much it means to him and his family. I have seen how hard he’s worked to achieve this and glad that he’s got rewarded and gets to experience everything that comes with winning. It’s special.”
27 Jun, 03:14 AM UTC 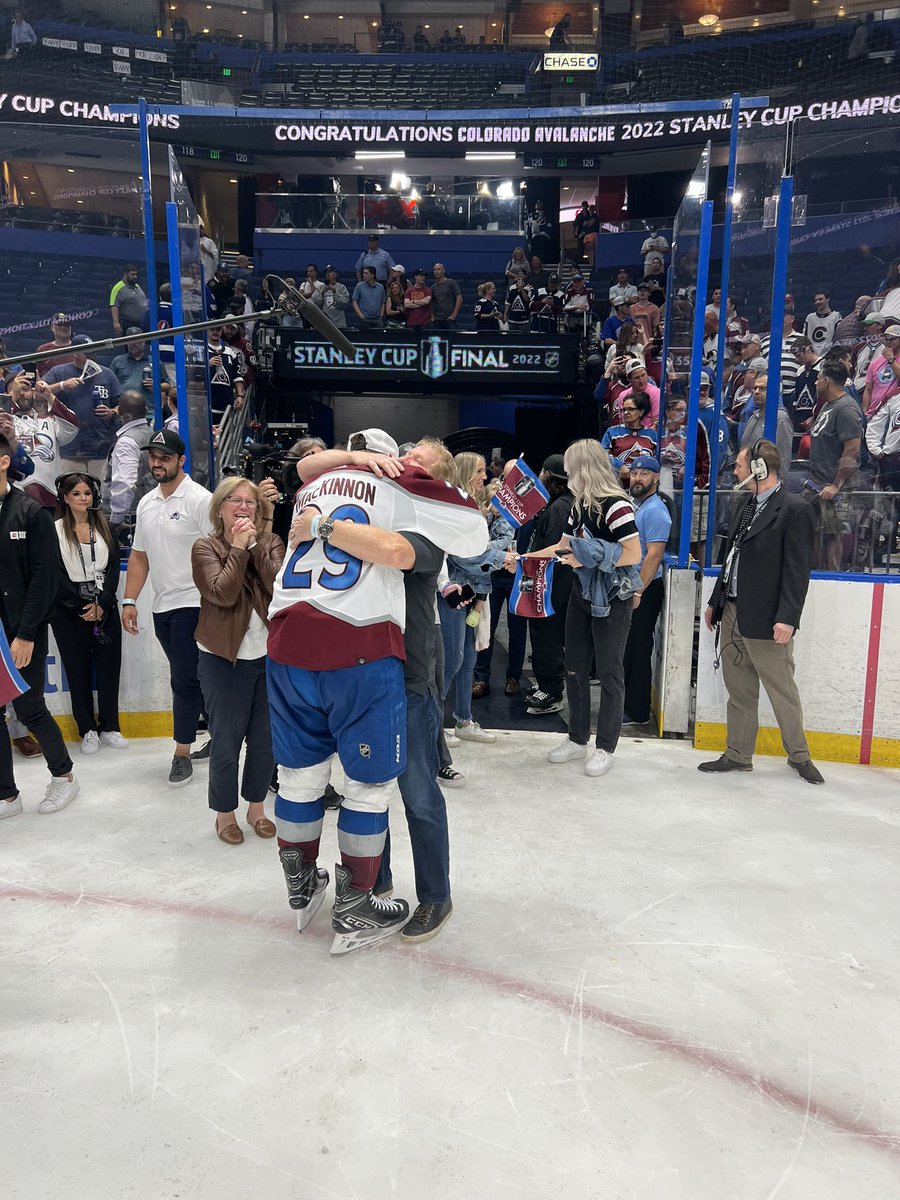 @hailey_salvian
MacKinnon on Crosby coming to HIS Cup party this time home in Cole Harbour: “I’ve been the drunkest guy at two of his so he better be drunk at mine.”😂
27 Jun, 03:10 AM UTC

@DownGoesBrown
Nathan MacKinnon about to absolutely tear into a bag of lightly salted rice cakes and eat maybe half of them over the next few days.
27 Jun, 02:55 AM UTC

@TaylorHaasePGH
Nathan MacKinnon just said on ESPN he knew he was going to win because his hotel room number last night ended in 87. Outstanding.
27 Jun, 02:57 AM UTC

@Avalanche
"It means everything" -MacKinnon #GoAvsGo 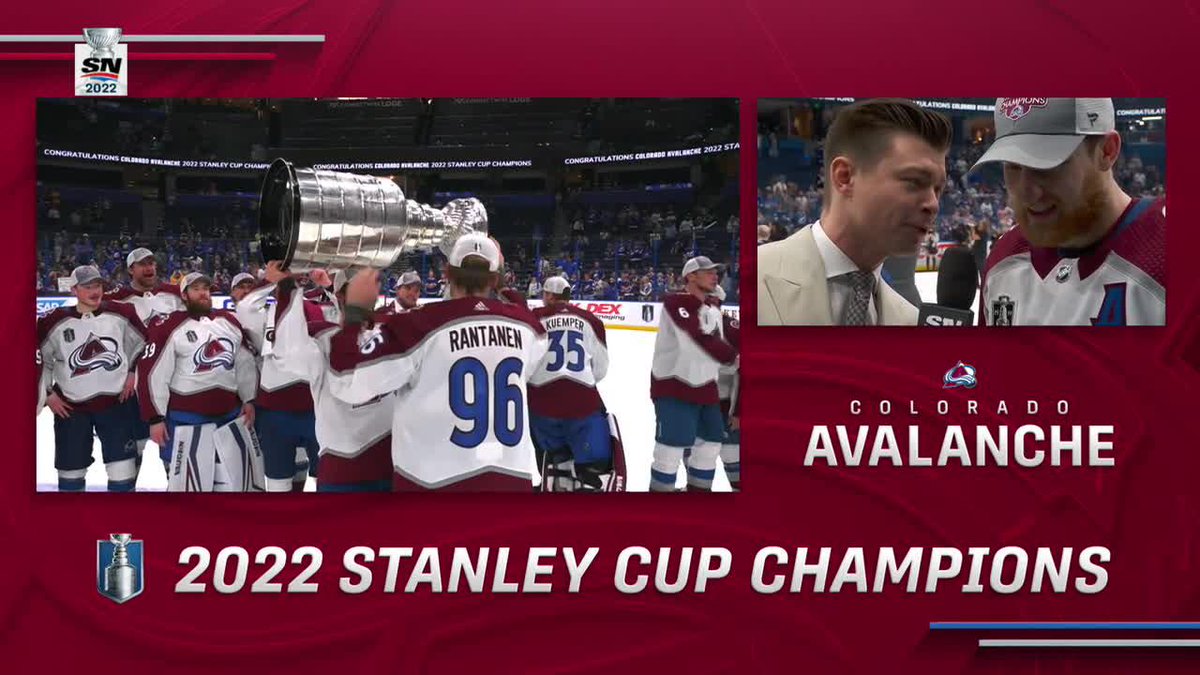 @PensInsideScoop
Andrew Cogliano skated up to Nate MacKinnon as he was about to do an ESPN interview and just said, ‘87.’ When asked why: “Yesterday my room number was 1787, so we just felt like it was fate. We both love Sid, so we just knew we were going to win when I got that room number.”
27 Jun, 03:07 AM UTC 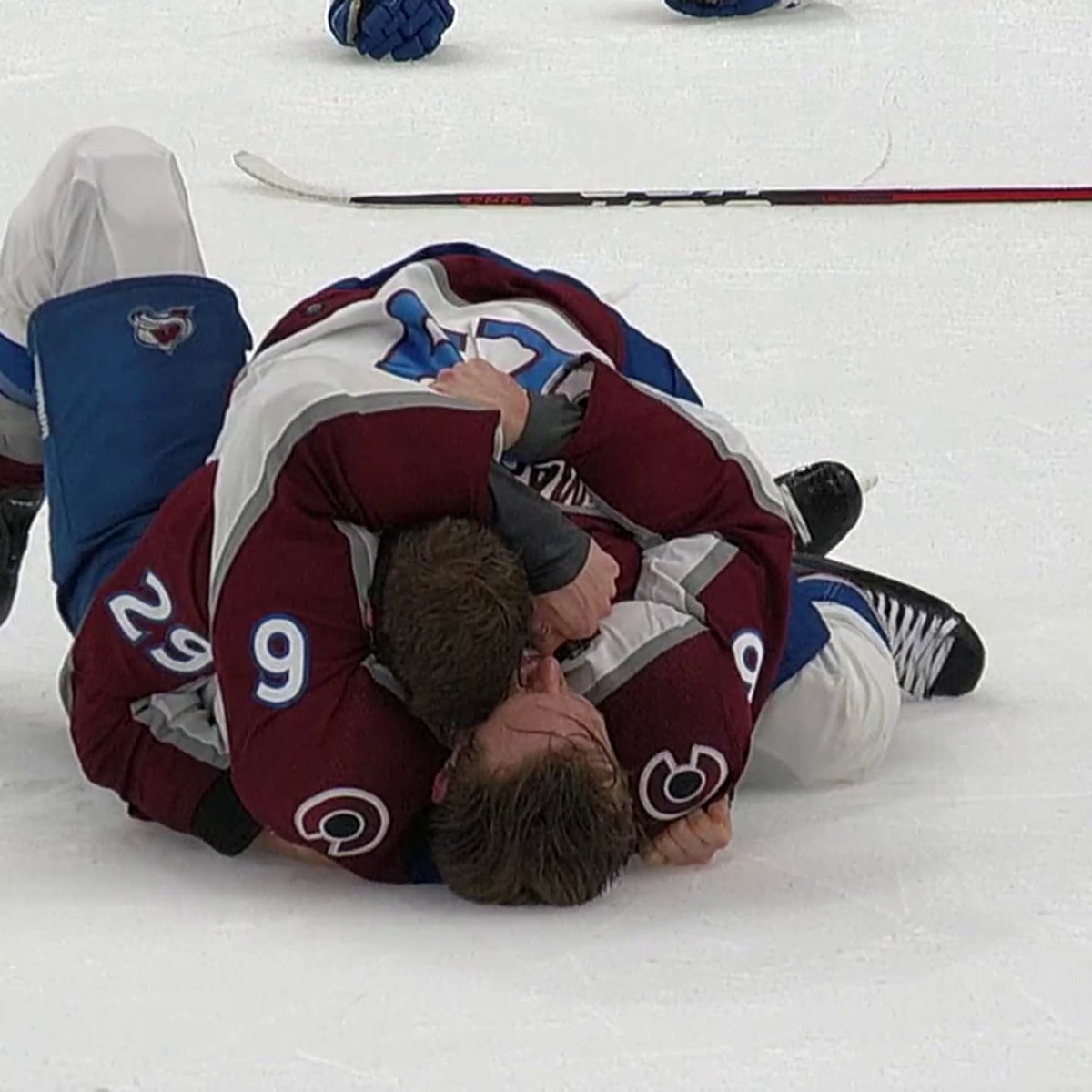 @mikeystephens81
Nathan MacKinnon gonna have his first carb tonight. This is history.
27 Jun, 02:56 AM UTC

Hockey Players With Animals (And Other Chaos)
@animalsofhockey
Everyone can cross Nathan MacKinnon talking about how much he loves Sidney Crosby off their bingo cards https://t.co/B92AfPzYqV
27 Jun, 02:59 AM UTC

Drew Livingstone
@ProducerDrew_
The thing I’ll remember most from that game. Under a minute left MacKinnon carrying Landeskog off the ice after he blocked a shot that broke his skate. The will to win by these two was unmatched in this one. https://t.co/H4fq073qu0
27 Jun, 04:50 AM UTC 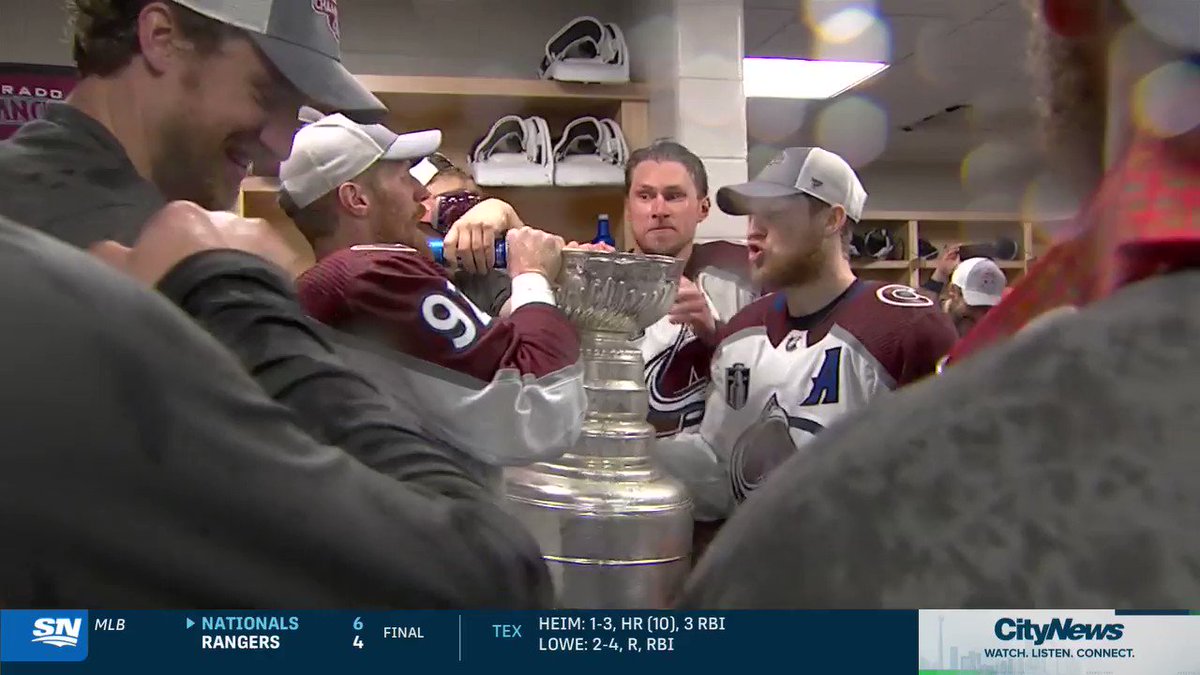 @Brian_Metzer
Nathan MacKinnon shouting out his pal Sidney Crosby. “We just knew we were gonna win when I got that room number.” 1787 #LetsGoPens #Pens #NHL #stanleycup 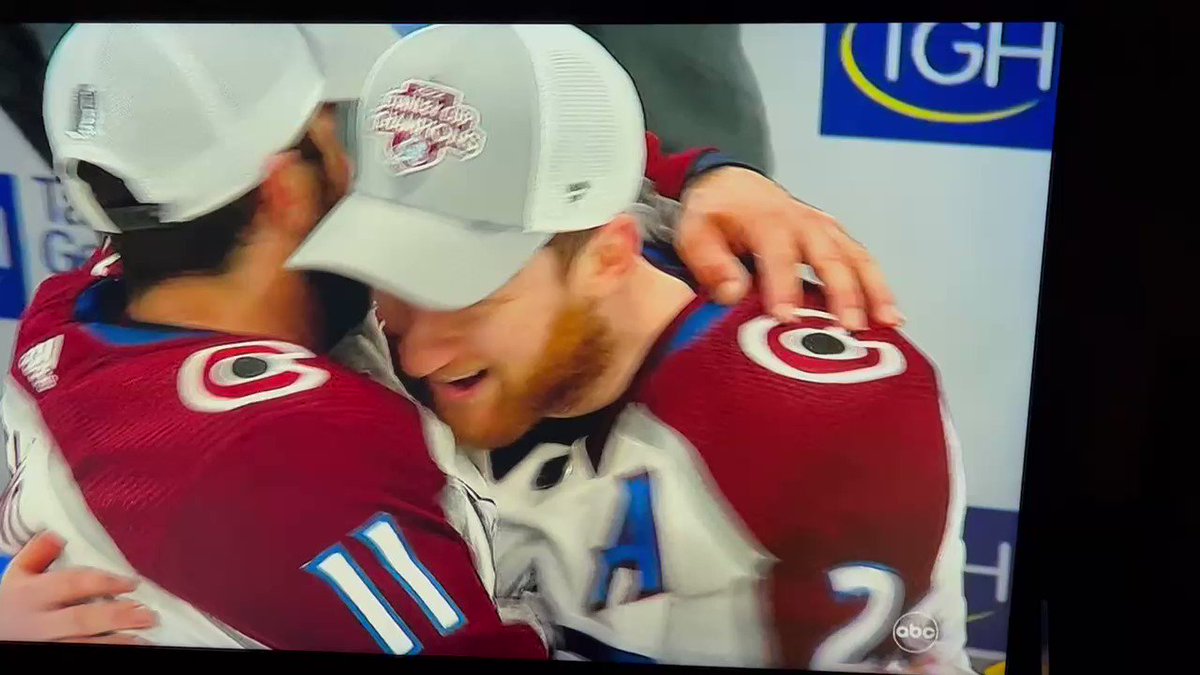 Penguins Jesus
@PenguinsJesus
Nate MacKinnon stayed in room 87 last night, and knew it was a sign they would win. Incredible. #GoAvsGo
27 Jun, 02:56 AM UTC 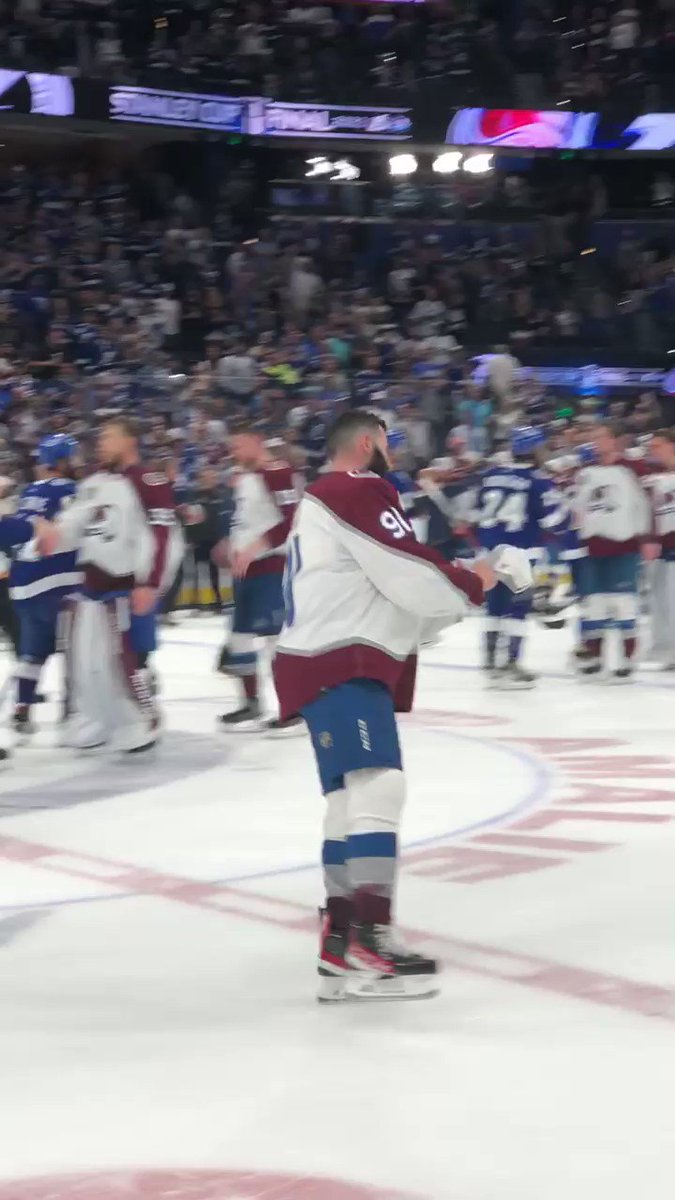 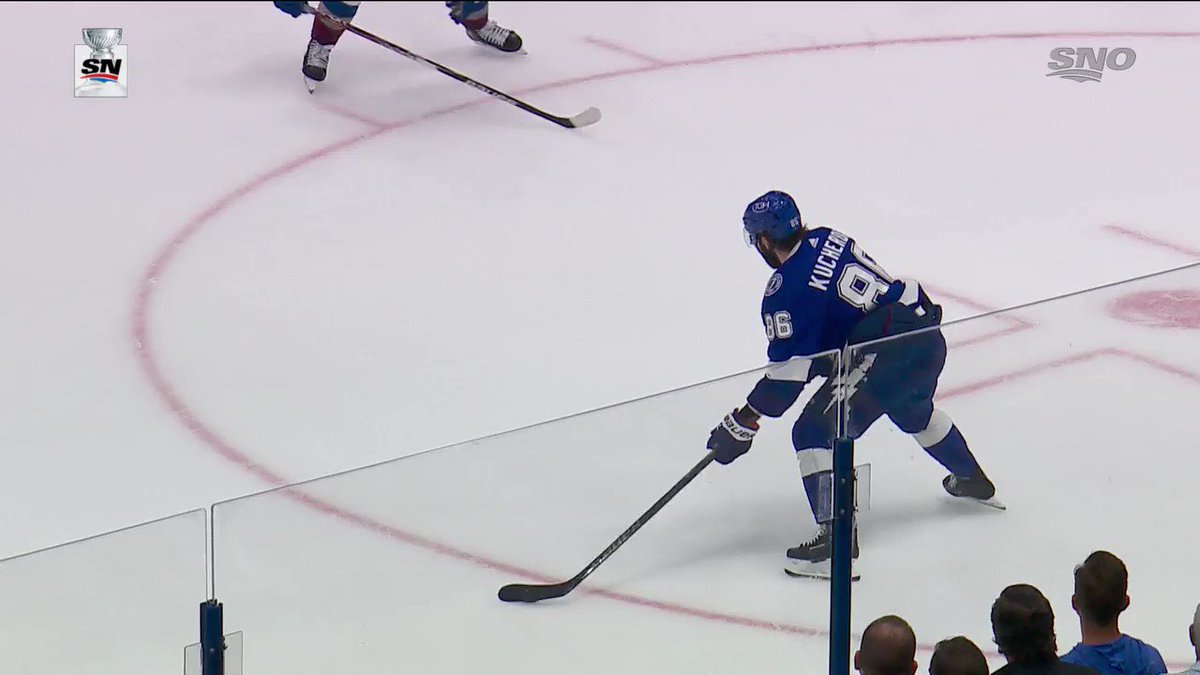 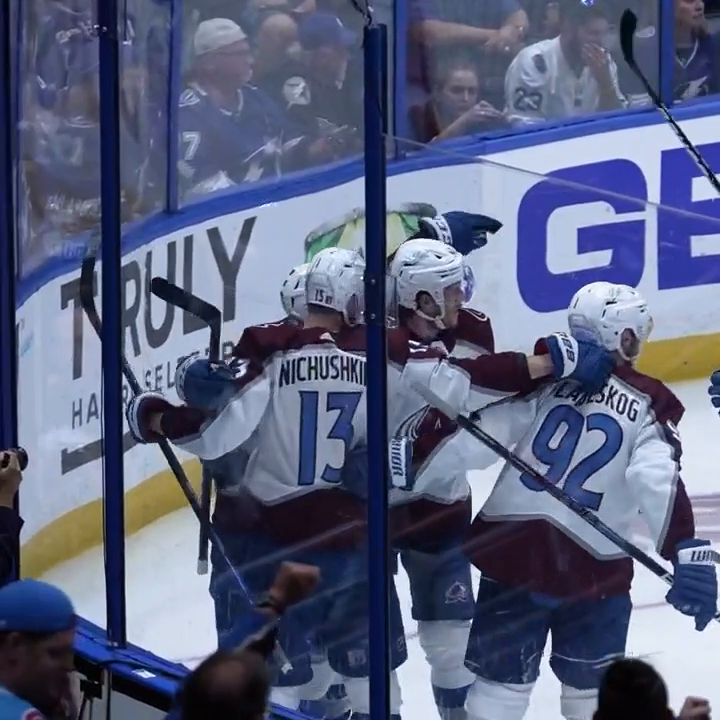 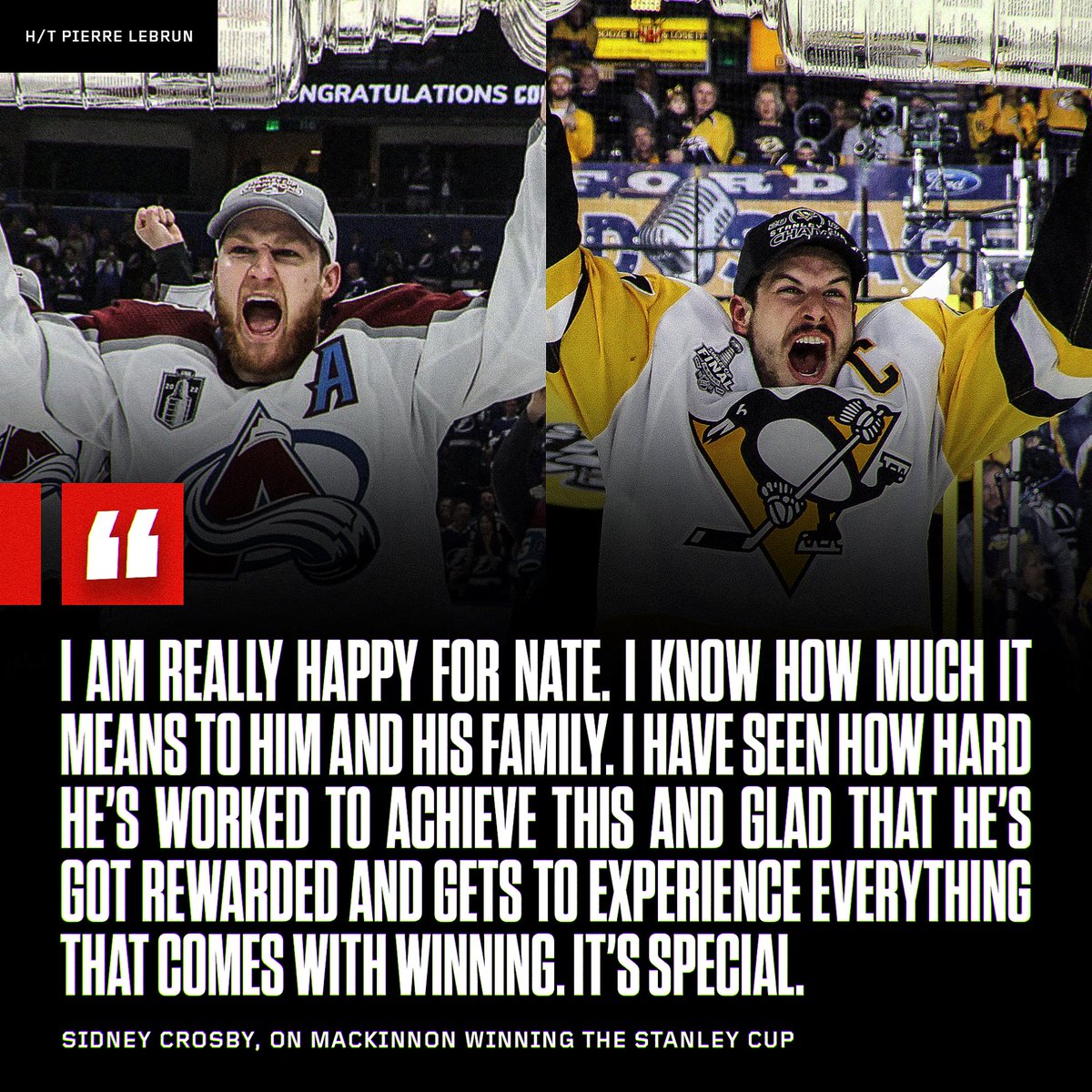 Alex Micheletti
@AlexMicheletti
This Erik Johnson embrace with Nathan MacKinnon is Everything!! Blood sweat and tears to win the best trophy in sports, the #StanleyCup!! ❤️ https://t.co/Tj2CPqv3BK
27 Jun, 04:21 AM UTC