@TomPelissero
The #Browns signed free agent DT Malik McDowell, a 2017 second-round pick by the #Seahawks who was injured in an ATV accident and has yet to play in an NFL game.
03 May, 08:20 PM UTC

NFL Update
@MySportsUpdate
This is an interesting one: The #Browns are signing DT Malik McDowell, who was 2017 second round pick of the #Seahawks. Never played in a game for Seattle.
03 May, 08:18 PM UTC

@FieldYates
The Browns have signed DT Malik McDowell, a 2017 second round pick of the Seahawks out of Michigan State.
03 May, 08:18 PM UTC

@TonyGrossi
Browns signed ex-Seahawk DT Malik McDowell. Because of an ATV accident, injuries, arrests, suspension and 11-month prison term, he has not played since drafted in the 2d round in 2017. He's 24.
03 May, 08:22 PM UTC

@Jake_Trotter
Some background on McDowell’s past here: https://t.co/DBBEV2a8Je GM Andrew Berry with a statement on the signing: 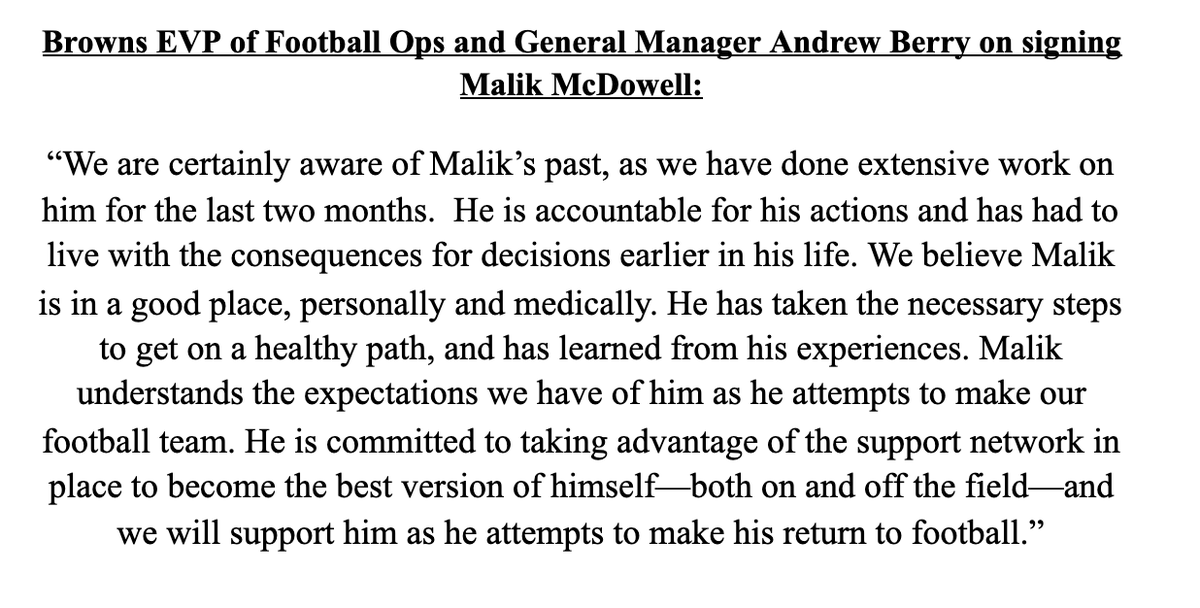 @AkronJackson
The Browns have signed DT Malik McDowell, which is interesting. He's still only 24 and the Browns need help at the position. He's an all-time draft bust but he was the 35th pick four years ago, so there's talent there.
03 May, 08:18 PM UTC

@MikeDugar
Shameless plug since we're on the topic: In 2019 I attempted to figure out what happened to Malik McDowell, Seattle's top pick in the 2017 draft who never played a snap for the Seahawks. https://t.co/77Mzu7Pd77 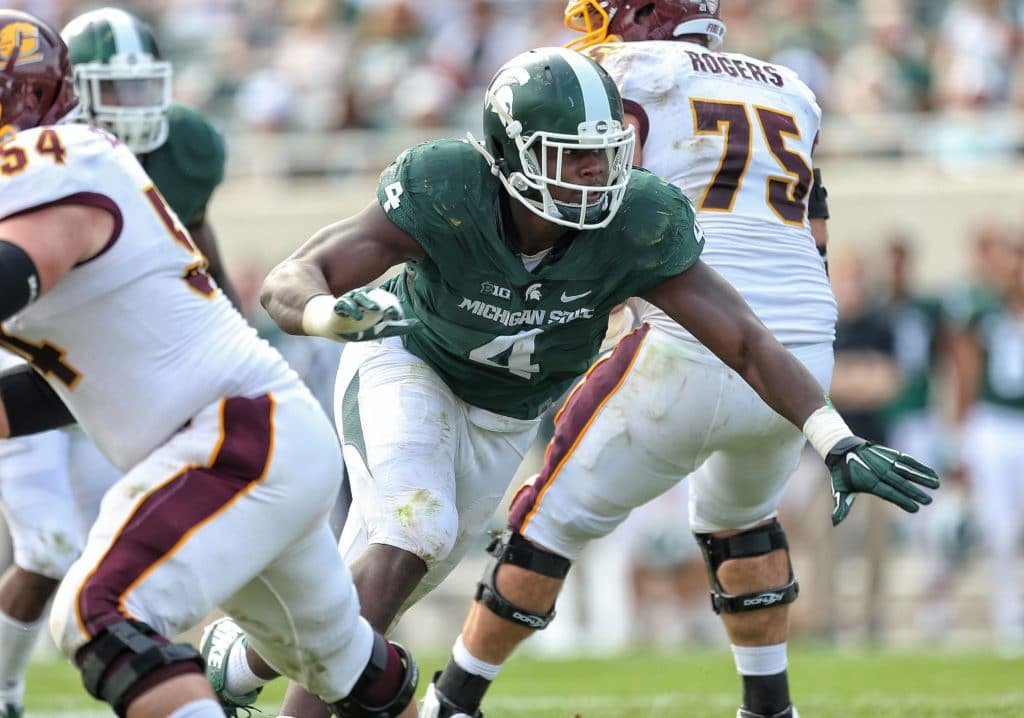 @SeaTimesSports
McDowell was the 35th overall pick of the Seahawks in 2017 out of MIchigan State but never played a down for Seattle. (from @bcondotta) https://t.co/fPcGodyu4K
03 May, 09:57 PM UTC

Aaron Wilson
@AaronWilson_NFL
William Farah on new Browns DT Malik McDowell's history of off-field issues 'Malik has no issues with the law currently. That is all in his past.' https://t.co/AfiHj5o5Ad
03 May, 08:23 PM UTC

Aaron Wilson
@AaronWilson_NFL
William Farah on new Browns DT Malik McDowell: 'He's been forced to do a lot of growing and maturing these past few years. He's been extremely humbled and he has rededicated himself to his craft.' https://t.co/jXqQuqOJjp
03 May, 08:21 PM UTC

Aaron Wilson
@AaronWilson_NFL
Agent William Farah on Malik McDowell, who was signed by the Browns: 'Malik has been cleared by several doctors and is doing everything he needs to do on and off the field' More: https://t.co/AfiHj5o5Ad https://t.co/jXqQuqOJjp
03 May, 08:20 PM UTC