Te Aniwa Hurihanganui
@teaniwahuri
Professor Rangi Mātāmua holding back tears just now… ‘feeling emotional… pretty overwhelmed,’ he says. Think many of us are feeling that. So proud to be Māori, so proud to see Aotearoa celebrating Matariki ✨
23 Jun, 07:27 PM UTC

Sharon Murdoch
@domesticanimal
Today is the first time we celebrate Matariki as a nation. It’s a time to remember those we have lost, celebrate and give thanks for what we have, and to look forward to the promise of the new year. Today’s @NZStuff @DomPost #cartoon #Aotearoa #Matariki https://t.co/1qGEjcbUwW
23 Jun, 08:23 PM UTC

Clint Smith
@ClintVSmith
the gall of National - to oppose everything and anything to do with Māori recognition and rights, to vote against the Matariki Holiday, to mock using the Māori name for the constellation - and then put up a video celebrating the holiday.
24 Jun, 04:12 AM UTC

@PureNewZealand
Wherever you are today, join us in celebrating Matariki, the Māori new year. Take time to reflect, return to the places that nourish you, celebrate the present and plan for the future. ​ Mānawatia a Matariki! ✨ 📸: IG Miles Holden 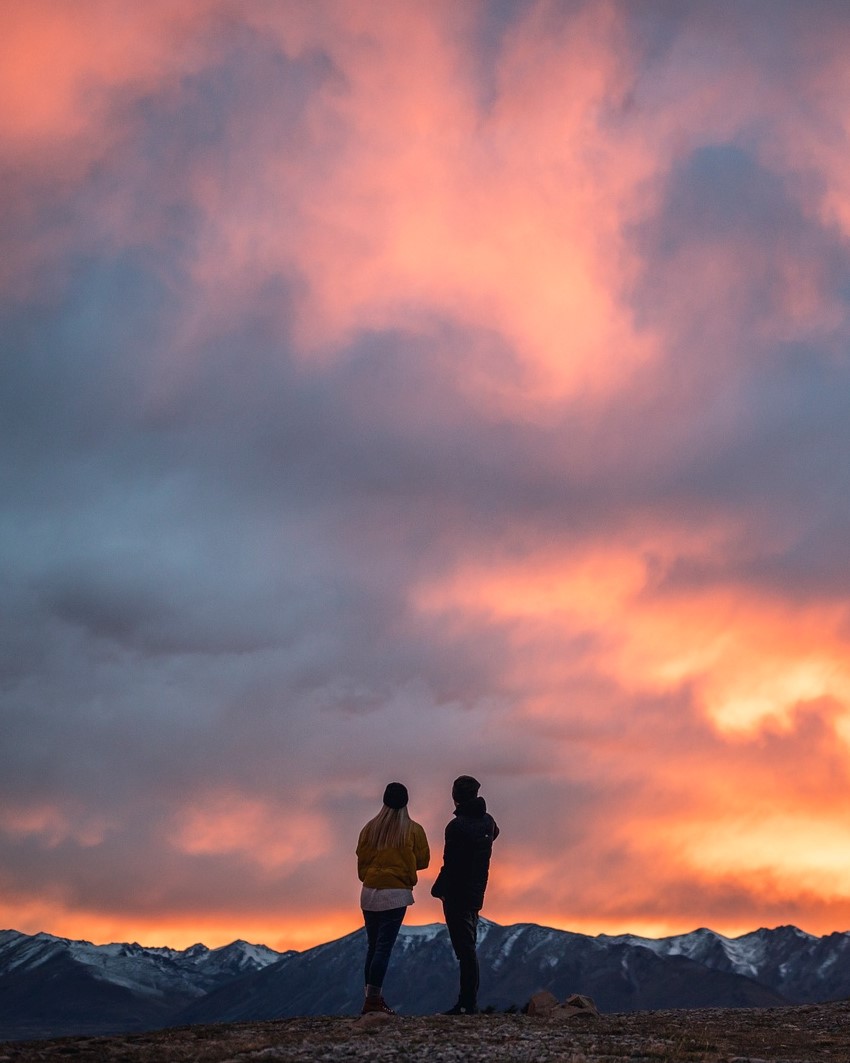 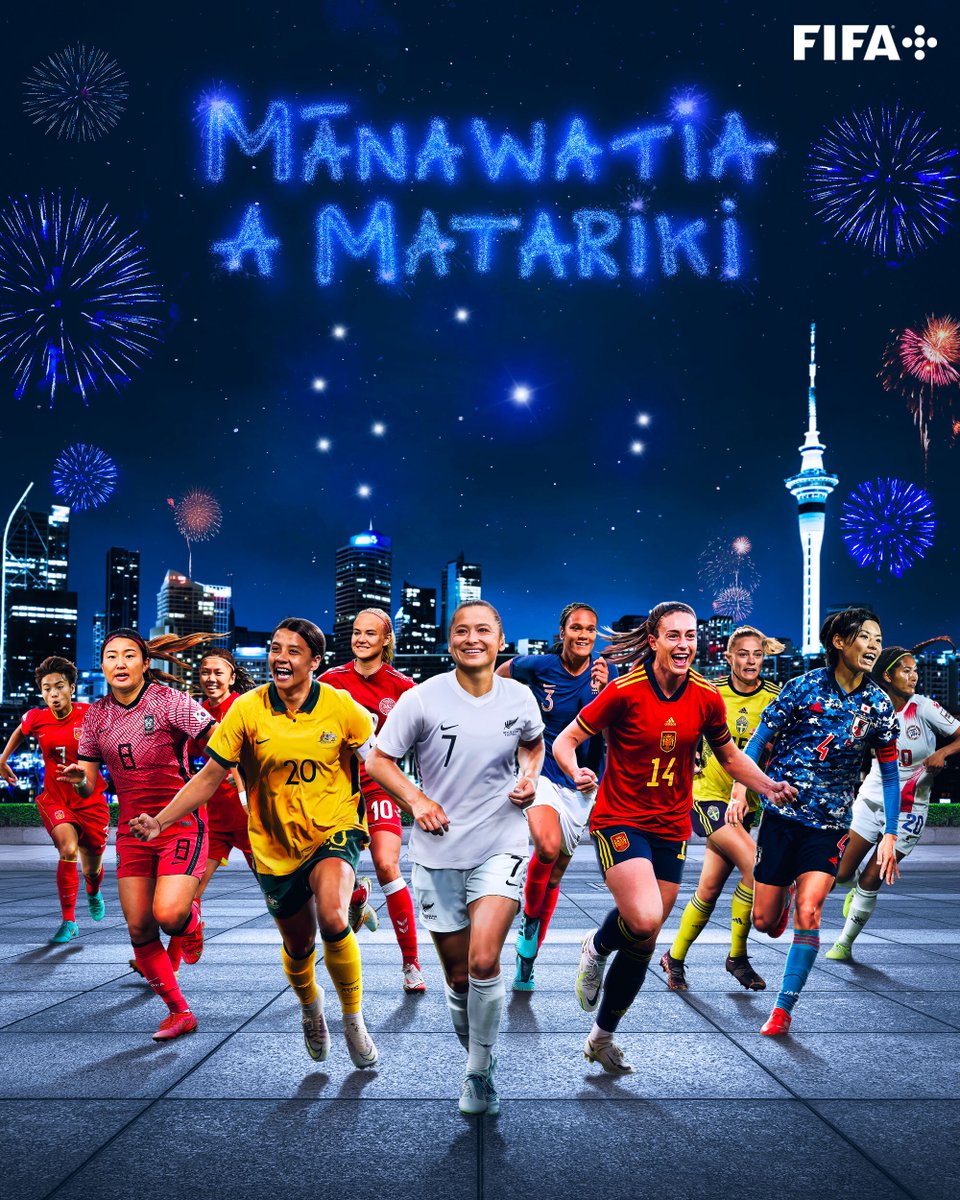 🇺🇦Lying ex tobacco lobbyist🇺🇦
@rugbyintel
A reminder that Matariki, the most special, most authentic & uncorrupted of our holidays, would've never been officially celebrated if the Nats & Act had their way & even when they couldn't stop it, they wanted to remove any reference to Maori in the name #NationalNotFitToGovern
23 Jun, 08:52 PM UTC

Moana Maniapoto
@moanatribe
Confession: At first, I thought the idea of a Matariki Day was kinda lame, given all the other priorities. But I have to say today has been so uplifting, reaffirming & joyful. It ended with an amazing kai at Prego - te reo music playing. Reflecting, celebrating, re-setting.
24 Jun, 06:41 AM UTC

Luke Fitzmaurice
@FitzmauriceLuke
Matariki has made me proud to be Māori and proud to be a NZer, and those things don’t always happen at the same time. Embracing my māoritanga has often been about deciding to join the fight. But matariki isn’t about the fight, and that’s more powerful than I realised it would be.
23 Jun, 07:13 PM UTC

A TePungaSomerville
@alice_tps
Hard to put into words what the first Matariki public holiday means, or to express strongly enough acknowledgements for those who have learned and taught and struggled and strategized behind the scenes for how many years + lifetimes
23 Jun, 11:50 PM UTC

🇺🇦Lying ex tobacco lobbyist🇺🇦
@rugbyintel
The bald faced hypocrisy. The Nats voted against Matariki becoming an official holiday & even wanted to change the name to Pleiades. Now they're making out they're huge supporters & even want to educate us on Matariki. It's like fascists pretending they embrace Hanukkah. https://t.co/sgsxEAOHCq
24 Jun, 03:27 AM UTC 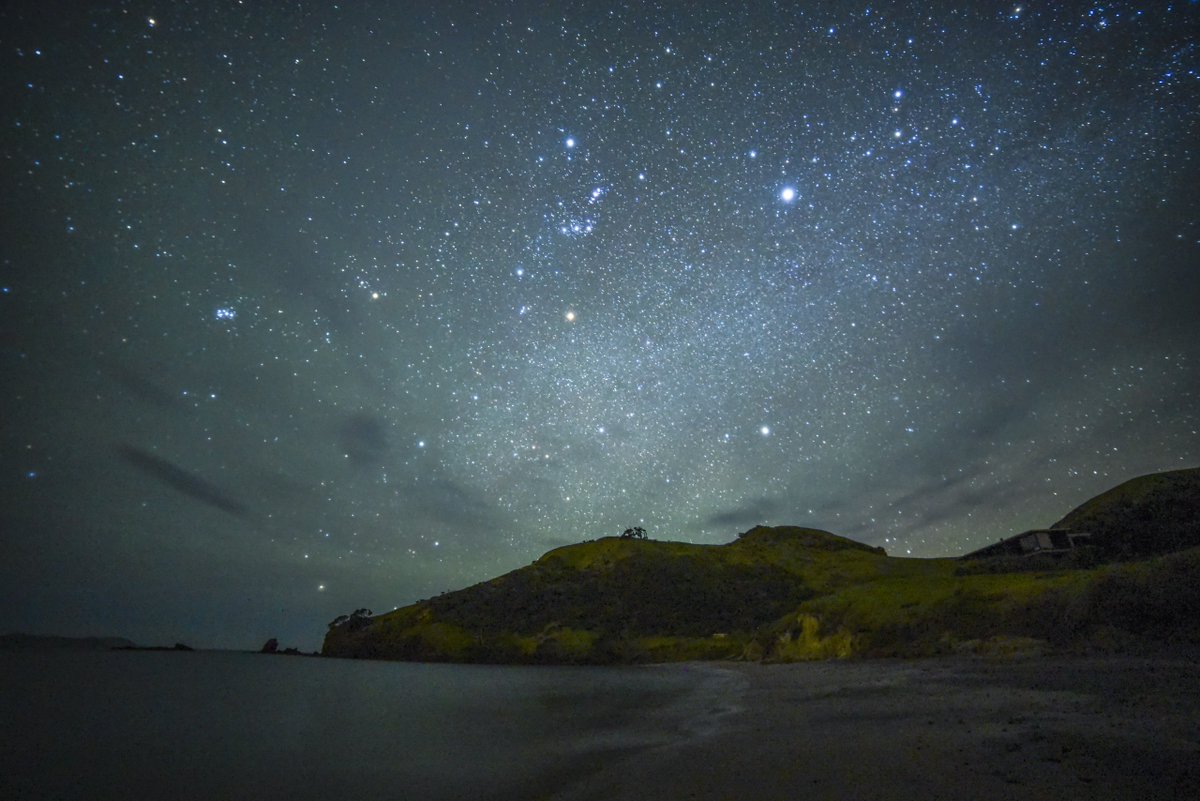 Kate Dowling
@Kate_DowlingNZ
If my Twitter feed is anything to go by, the inaugural Matariki public holiday has been a rip-roaring success, right across the motu! Mānawatia a Matariki! ✨✨✨
24 Jun, 08:51 AM UTC

Thomas Nash
@nashthomas
People are so enjoying Matariki, our first public holiday in sync with nature and the seasons. I’m very grateful to tangata whenua for their work to put Matariki at the heart of public life. I hope people’s shared enjoyment of it will advance the wider cause of Indigenous rights.
24 Jun, 08:06 AM UTC

Foxes
@FoxyLustyGrover
Pleiades is way harder to remember and spell than Matariki, you racist arseholes make no sense!
24 Jun, 07:07 AM UTC

Teacher McTeacherface
@hellomotorbike
Watching the @TVNZ stream from this morning's Matariki ceremonies! How can you not be filled with joy to see tikanga Māori being returned to its rightful place as a pillar of life in Aotearoa?
23 Jun, 11:51 PM UTC

🇺🇦Lying ex tobacco lobbyist🇺🇦
@rugbyintel
There are many people who did the mahi to give us this wonderful gift of Matariki being officially recognised & celebrated. Kia Ora to you all & #ChurArdern #KeepMovingForwardTogether
23 Jun, 09:38 PM UTC

Sarah B.
@bartsnz
Our whānau had to cancel plans due to the plague, so I made tuna pasta bake in order to share with the one family member I am allowed to be in the same room with. She was VERY happy with my cooking (i.e. draining the water from the can into a bowl). Happy Matariki kai time! 🥰 https://t.co/KHdPP84XXs
24 Jun, 06:52 AM UTC 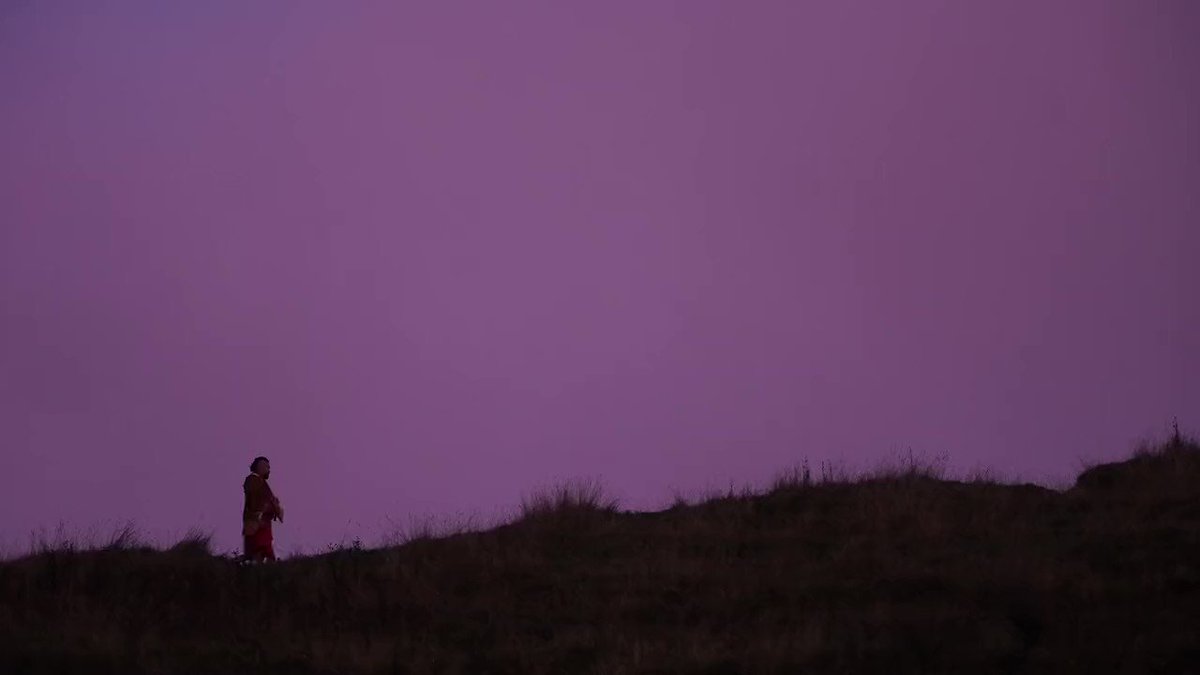 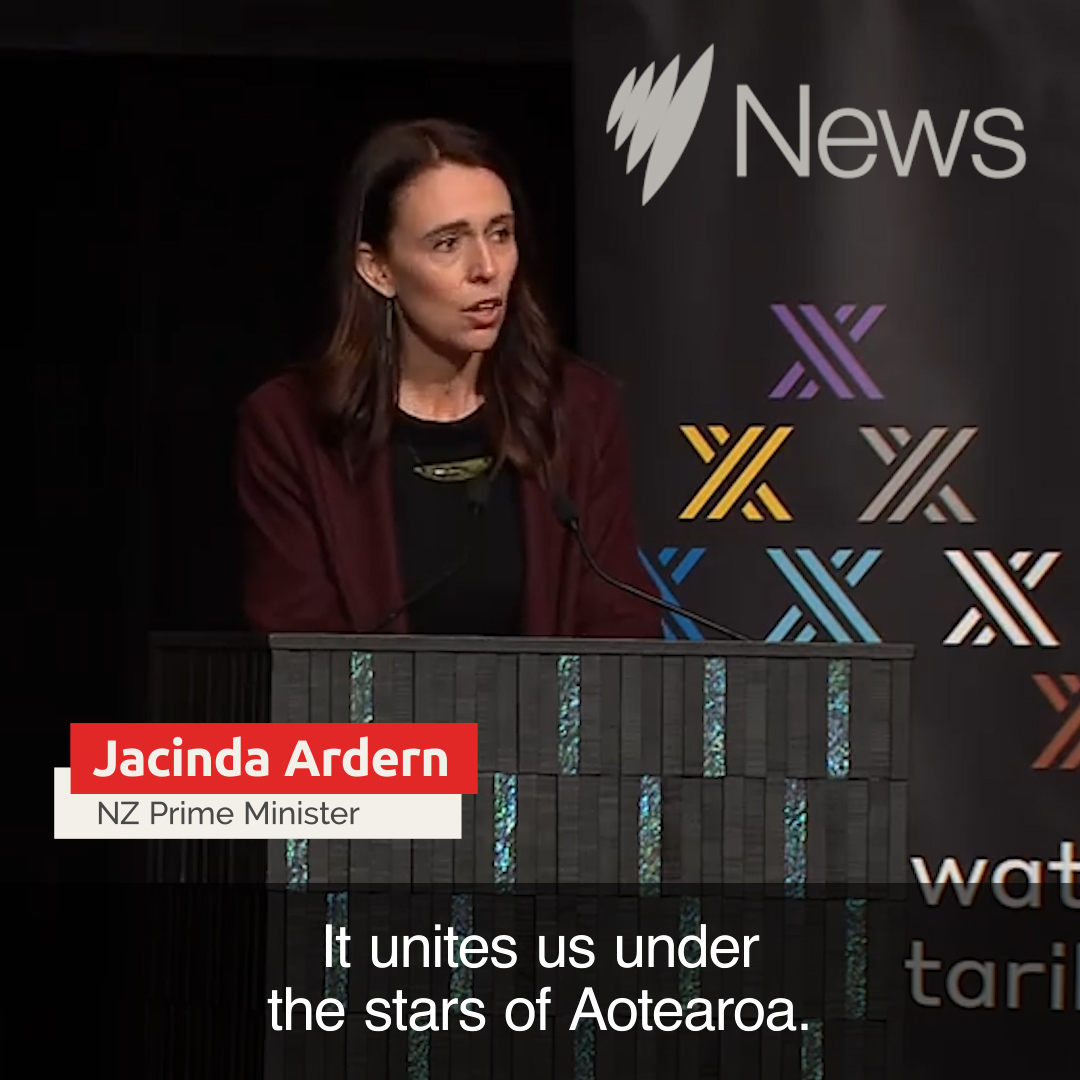 Miriama Kamo
@MiriamaKamo
With the man of the moment, the person who has lead a revolution in our country, Professor Rangi Matamua. Mānawatia a Matariki 🙌🏽💫 #matariki https://t.co/M0e8g7g10p
24 Jun, 10:34 AM UTC

@nzherald
'Unites us under the stars of Aotearoa': PM Ardern on NZ's first Matariki https://t.co/XNpJTYPGMs 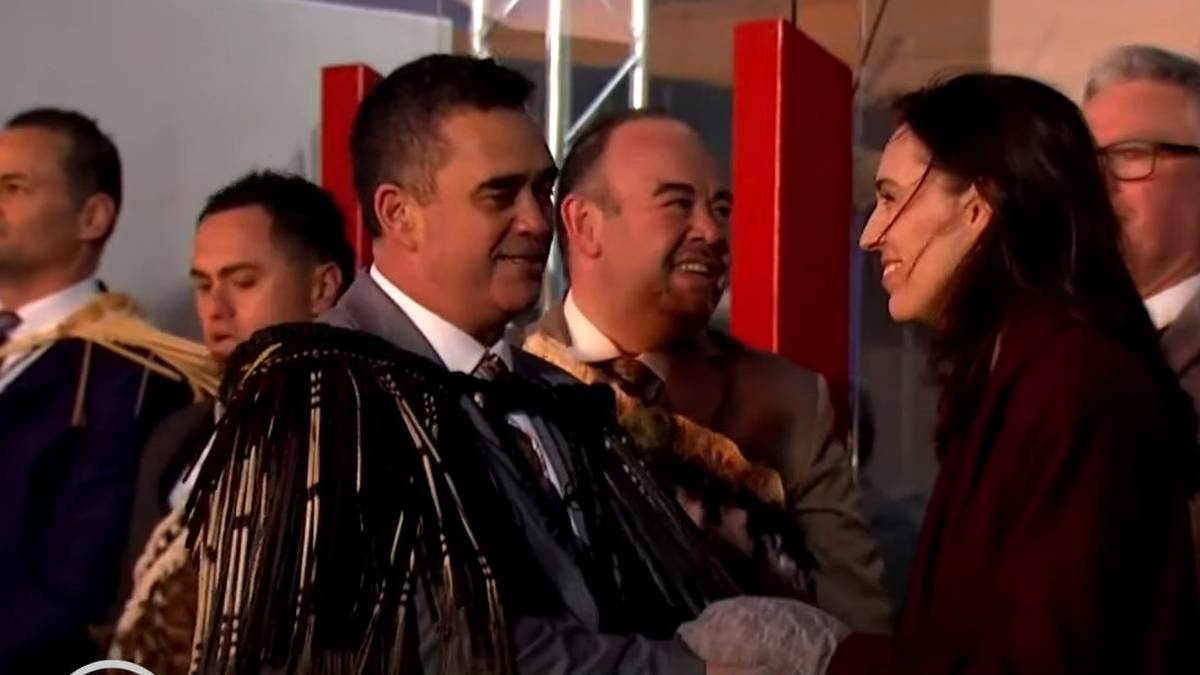 Courtney
@maorimoana
May this new year be full of love, laughter, growth & abundance for you and your whānau. May this new year bring you strength & strive to constantly grow. May all your wishes be heard by Hiwa-i-te-rangi ✨ Ngā mihi o Matariki te tau hau Māori e te whānau 🤎
23 Jun, 09:59 PM UTC

Samuel Hill
@SamuelHillNZ
A few uptight Maori warned about not commercialising Matariki so all the stores are running “long weekend sales” lol
24 Jun, 09:12 AM UTC