@RGonzalezCBS
🇺🇸 Hearing Weston McKennie has been cleared to play tonight against Costa Rica and is set to start the crucial World Cup qualifier. Additionally, @cboehm reports rotation in goal for the #USMNT with Matt Turner likely to be rested, probably for Steffen.
13 Oct, 05:37 PM UTC

@PaulTenorio
One minute into the game and Gregg Berhalter's decision to star Zack Steffen over Matt Turner is already a topic of conversation.
13 Oct, 11:05 PM UTC

@GrantWahl
Chris Richards and Miles Robinson could be the USMNT central defense tandem for a long time. Zack Steffen is a good goalkeeper, but I don't think there was a reason to change from Matt Turner. https://t.co/OnbIZ5KGyK
13 Oct, 09:51 PM UTC

@MenInBlazers
Matt Turner got to be on the bench thinking what?
13 Oct, 10:34 PM UTC

@SoccerByIves
ICYMI, be sure to check out this CBS Sports feature on Matt Turner I helped work on. It’s hard not to root for the #USMNT and #NERevs goalkeeper when you hear his story and realize how far he has come: 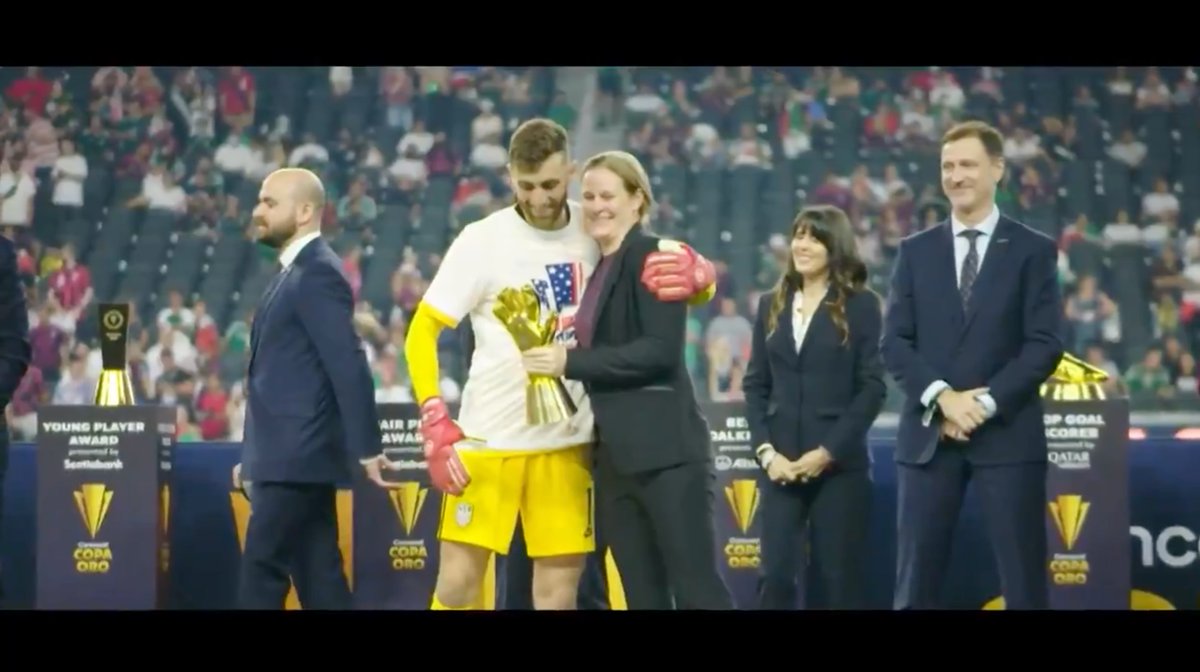 @MenInBlazers
Really feel for Zack Steffen. He has worked so hard. Been so patient. But Matt Turner seized his sliver of a chance and made the role his. The change magnifies the pressure in a way that is fair to neither player. Every attack, every kick, every shot you can see Zack forcing it
13 Oct, 11:21 PM UTC

@joeclowery
A handful of people are hitting me with a "well actually Steffen is a good shot-stopper. You're overreacting". One of these pictures is @fbref data on Zack Steffen's shot-stopping. The other is a piece of Matt Turner's shot-stopping data. There is a major, undeniable difference. https://t.co/dTaeec4SBa
13 Oct, 06:12 PM UTC

@PaulTenorio
Chris Richards making his World Cup qualifying debut. Steffen in for Matt Turner — which is a choice. All the big guns back in. Musah and Arriola in the XI for a third straight game. Average age: 22 years, 229 days, the youngest USMNT in a World Cup qualifying match. https://t.co/GwlJrlTyRr
13 Oct, 09:52 PM UTC

Clay Winstead
@ClayWinstead
You’ve won @RevolutionRecap everyone is mad someone besides Matt Turner is the starting GK
13 Oct, 10:39 PM UTC

JT *Get Vaccinated* Chang
@phswimmer
@jeffrueter @SeanLDonahue Matt Turner would have cleared that ball so he wouldn't have had to save that.
13 Oct, 11:13 PM UTC

Dr. Lydia Awesomesauce
@phdinbothering
“BuT mAtT tUrNeR dOeSnT dIsTrIbUtE gOoD”. Okay so you play Steffen and one poor clearance leads to a goal and on one of his next touches, he clears the ball out of bounds. Mmmmmmmk. I’ll take the hot goal stopper over rusty distribution feet. #USMNT
13 Oct, 11:23 PM UTC

Daniel Feuerstein
@DFeuerstein
Once again if you wanted to give Matt Turner a break in these Qualifiers, then Sean Johnson who is a starter for NYCFC and gets minutes should be the one, not a keeper like Steffen who is basically a bench warmer right now for Man City. #USAvCRC
13 Oct, 11:22 PM UTC

Jeremy Edmondson
@JeremyEdmondson
"Matt Turner is just a shot stopper, Zach Steffan is a much better distributor." Give me a shot stopper any day! #NERevs SMH Berhalter making these lines up tweaks could be his demise. I hope not, but last ge wasn't good and this isn't off to a great start.
13 Oct, 11:17 PM UTC

Brennen Mueser
@Brennen_M_
@MattDoyle76 I mean with how Matt Turner has been performing it’s shocking to me that after the Panama debacle of changes he decided to change one of the most solid players weve had over qualifying
13 Oct, 11:14 PM UTC

Will Brown
@wwbrown19
Matt Turner doesn't sprint 25 yards off his line for a glory hunting clearance to set up the Costa Rican attack in the first place. His distribution may not be the best, but he doesn't take ridiculous risks in possession either. https://t.co/aHG8EV4Lst
13 Oct, 11:17 PM UTC

Jonathan Rubinfeld
@Jonrubi8
@samsarmy Confused as to why Matt Turner is not starting in goal tonight
13 Oct, 11:15 PM UTC

Over There
@MostlyOverThere
@GrantWahl So would Matt Turner.
14 Oct, 12:27 AM UTC