@BleacherReport
Max Christie is on his way to L.A. 🍿 The Lakers take the Michigan State guard with the No. 35 pick 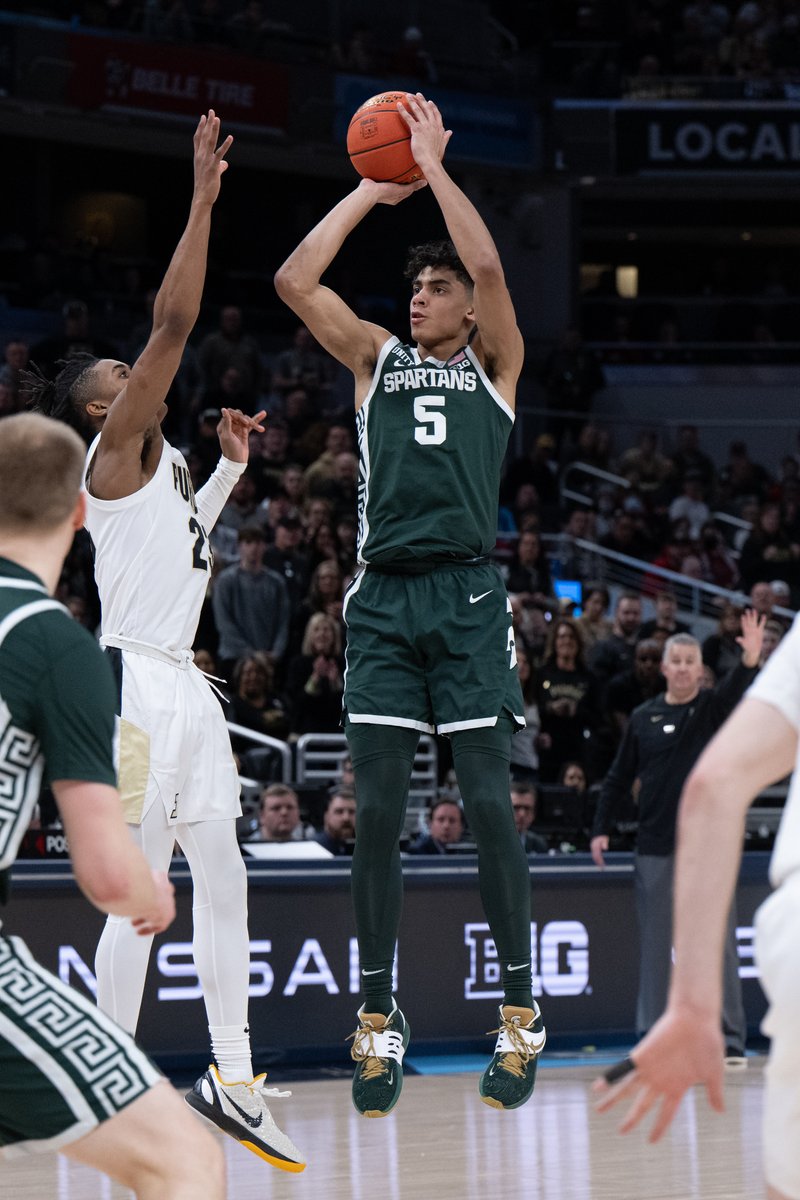 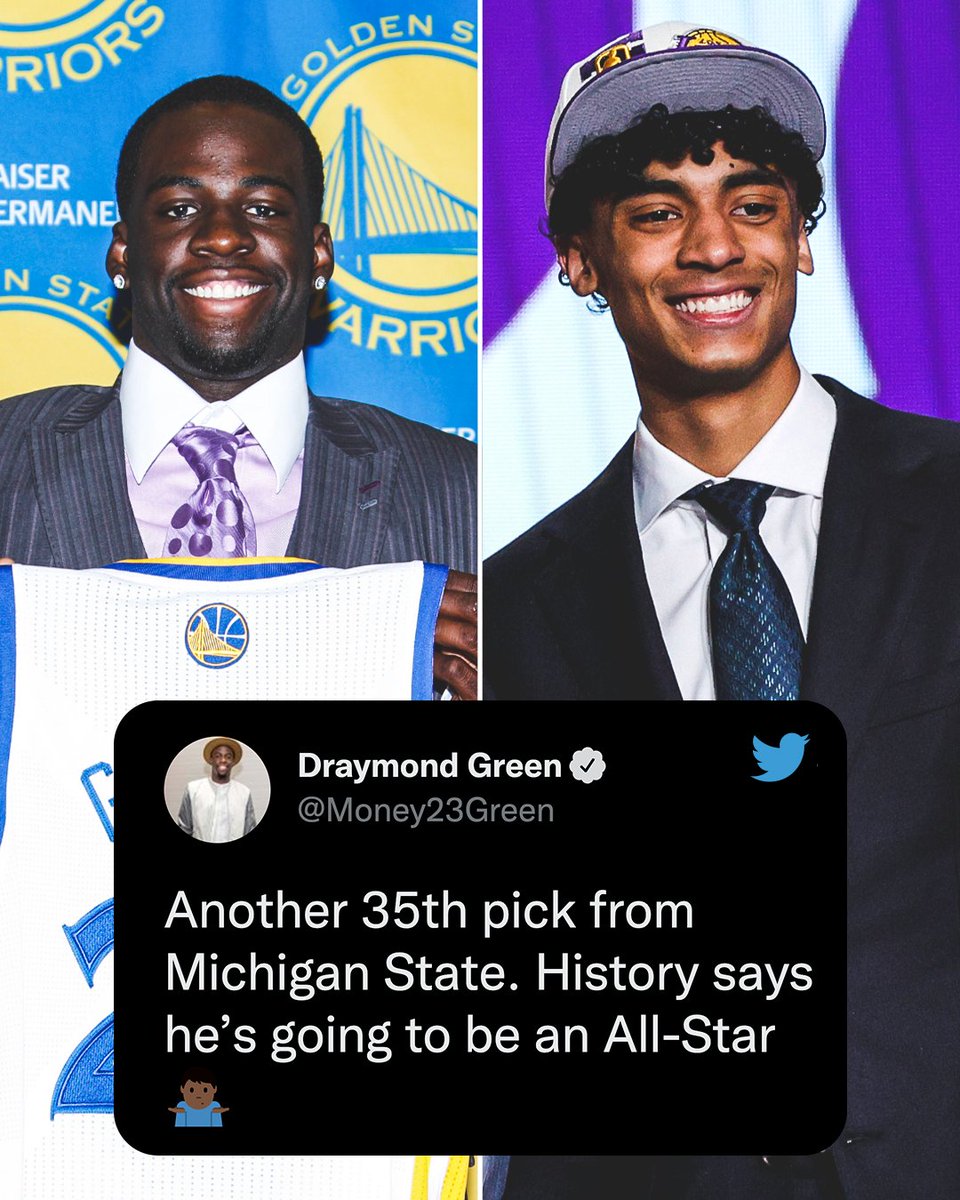 @LakersReporter
Rob Pelinka on acquiring the 35th pick: "Our scouts have an incredible track record of finding guys in the second round that we can develop." On Max Christie: "A two-way, 3 and D type player … high character. He’ll bring the grit that kids that play (at MSU) bring."
24 Jun, 04:56 AM UTC

@jovanbuha
Max Christie on joining LA: "It's amazing. It's surreal. LeBron James, Anthony Davis, Russell Westbrook, Carmelo Anthony -- the list goes on. A bunch of great names, a bunch of great players on the Lakers team. I think I can learn a lot and get a lot better in that organization."
24 Jun, 04:04 AM UTC

@jovanbuha
Rob Pelinka says Max Christie was a consensus pick for the Lakers' scouts and front office. Pelinka said it's rare that all parties are in agreement on who the pick should be.
24 Jun, 04:57 AM UTC

LakersSpin
@LakersSpin
Yesterday the Lakers had 0 picks in the 2022 draft. Tonight they walk out of the draft with Max Christie, Scotty Pippen Jr (2-way), Cole Swider (2-way), and Shareef O'Neal (Summer League). https://t.co/2oxbIh4AFI
24 Jun, 04:57 AM UTC

@jovanbuha
Rob Pelinka says the Lakers wanted to get younger and had been targeting a high second-round pick. He believes Max Christie is next in line with the Lakers' long list of impressive draft picks over the past decade. Called him a "two-way, 3-and-D" player.
24 Jun, 04:56 AM UTC

@LakersReporter
Max Christie on what he thinks he brings to the table: “I think the biggest thing is my ability to make shots and shoot the 3. I don’t think that was displayed very well at Michigan State.” Added that “defense comes down to effort” and he thinks he’ll continually get better.
24 Jun, 05:33 AM UTC

@Sam_Vecenie
Anyone looking for a deep dive and information on the player your team drafted tonight, look no further than my 2022 NBA Draft Guide. It’s 90k words and has breakdowns on 57 of 58 picks selected tonight. Here’s an example, Max Christie who went 35 to LAL: https://t.co/8eYhh5Udd2 https://t.co/QoFJqeq2Fd
24 Jun, 05:03 AM UTC 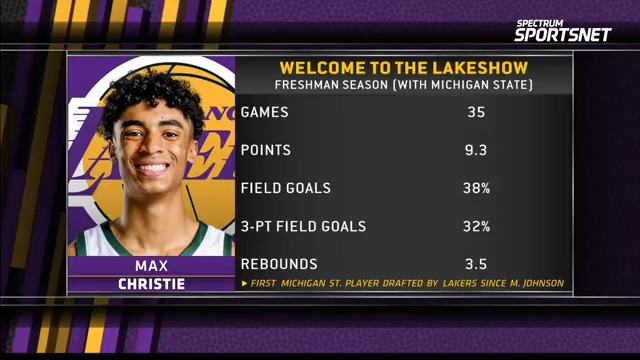 Vinay Killawala
@vkillem
On first glance there is some good tape on Max Christie. I can see how the Lakers scouts project him to be successful in Ham’s 4-Out. May take some time for his body to get there though.
24 Jun, 05:13 AM UTC

Rolling Meadows HS
@RMHSMUSTANGS
LA Lakers are lucky to have Max Christie! So proud of you!
24 Jun, 03:25 AM UTC

The Laker Files
@LakerFiles
Rob Pelinka says that Max Christie is next in line in a long list of late picks that the Lakers have made over the past decade “A two-way, 3 and D type player … high character with grit” He also said the Lakers front office and scout team all had Christie as their top pick 🔥 https://t.co/4msychEHNN
24 Jun, 04:59 AM UTC

@jakeweingarten
Max Christie going to the Lakers here at No. 35. Michigan State frosh joining Lebron James and the Lakers. Solid pick for them.
24 Jun, 03:20 AM UTC

@kylegoon
The Lakers believe Michigan State's Max Christie will be their next second-round success story: https://t.co/Xl9GQfsfSy
24 Jun, 06:37 AM UTC