@TalkingChop
idk what happened to the real Max Fried but this fake version has got to go
14 Apr, 12:11 AM UTC 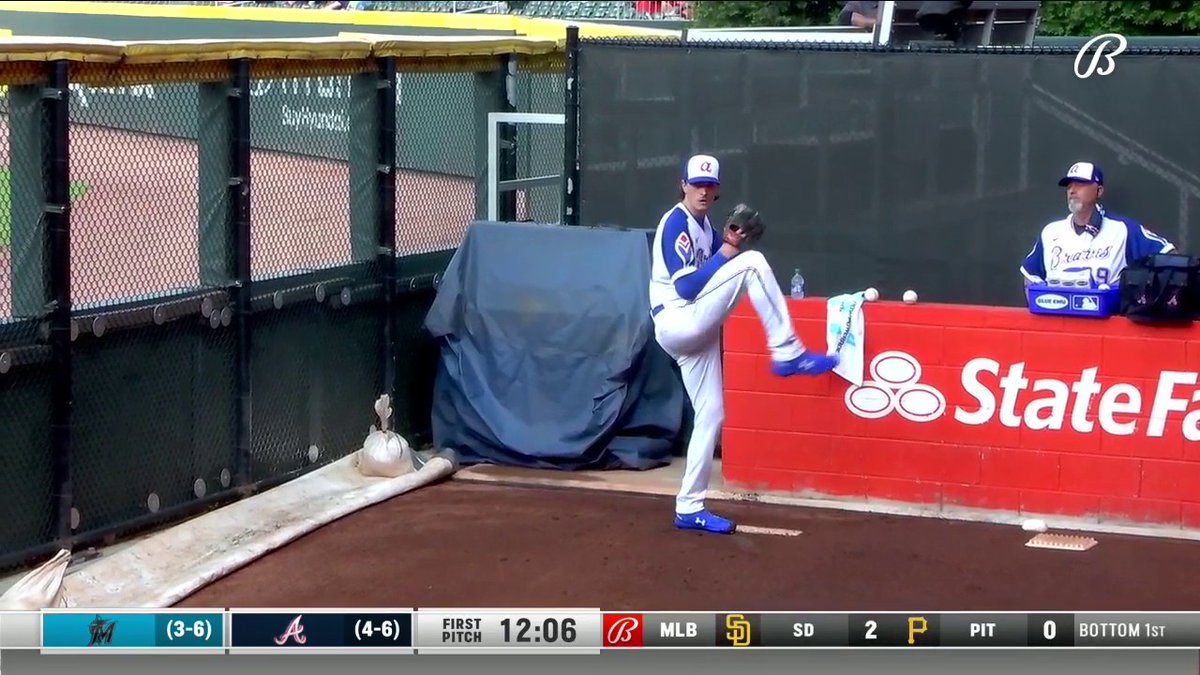 @DOBrienATL
On top of everything else, Max Fried went to get a precautionary MRI on his right hamstring after feeling something running from second to third base in his final at-bat.
14 Apr, 03:32 AM UTC

@680TheFan
Max Fried will get an MRI on his right hamstring. Snit says he was injured running the bases from second to third.
14 Apr, 03:43 AM UTC

Gabe Burns
@GabeBurnsAJC
Max Fried is getting an MRI on his right hamstring. He was injured running the bases, Braves said.
14 Apr, 03:32 AM UTC 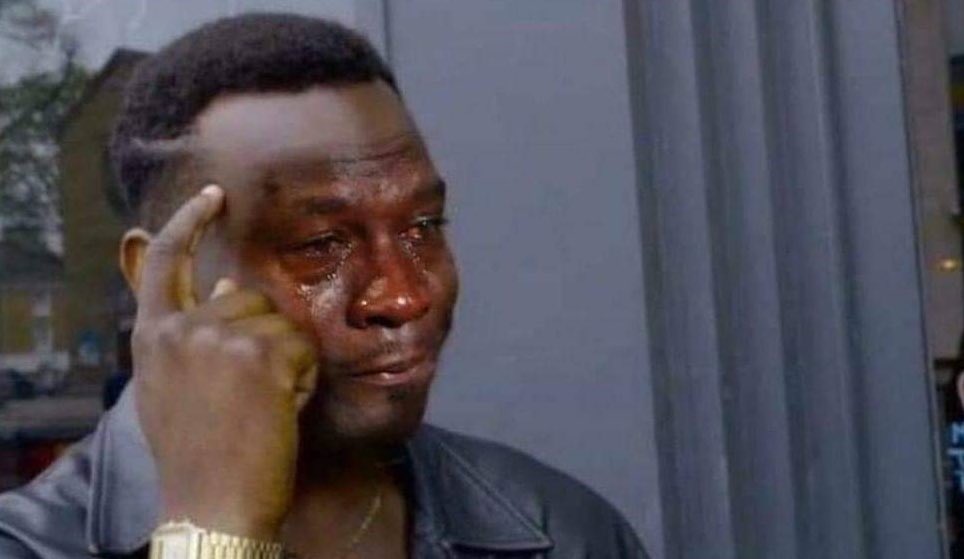 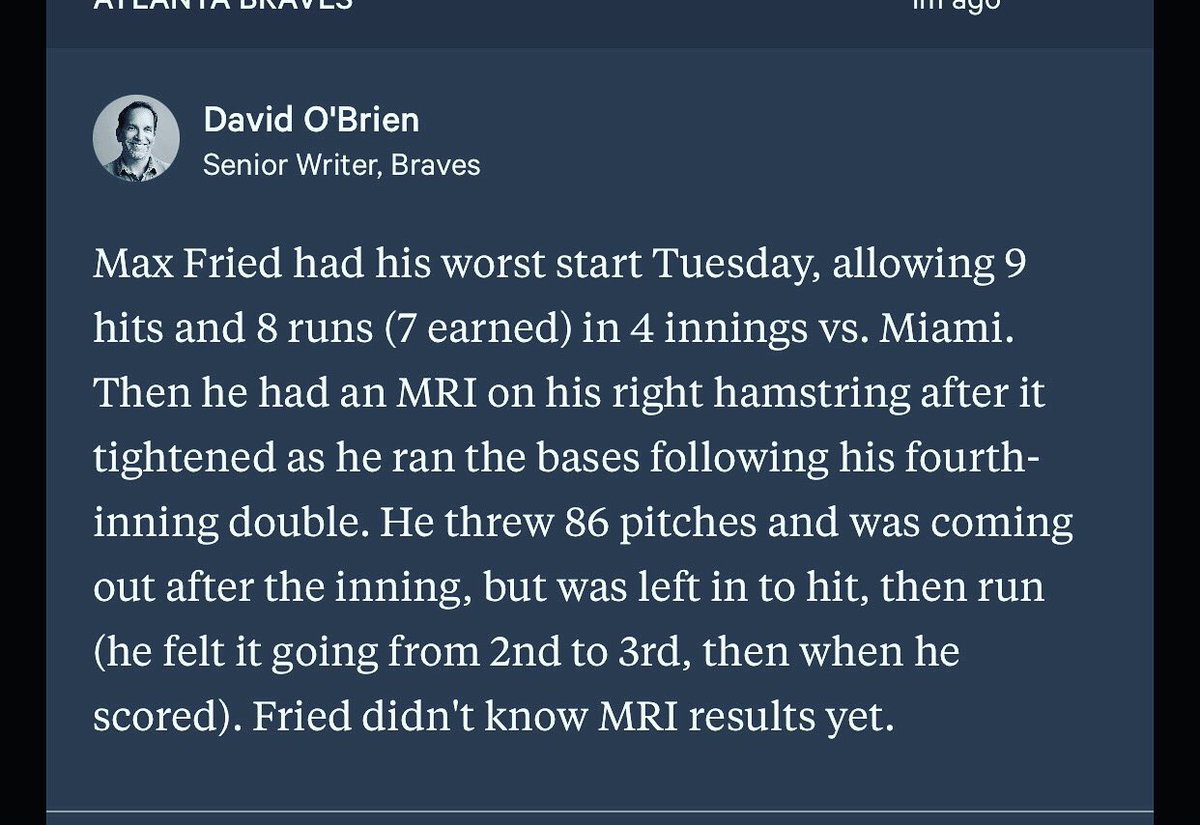 Sergeant Max Fried
@SGT_Max_Fried
Mother, I have had accuracy issues with my sidearm yet again. I am unsure of the exact issues but I am going back to camp to work on it and I will be better in my next opportunity to lead our men. On a sour note, PFC Duvall joined the Fish Army and has made us pay. Love, Max
14 Apr, 04:08 AM UTC

@TalkingChop
Max Fried to have MRI on hamstring after baserunning injury https://t.co/2U3rFwCmx1
14 Apr, 03:59 AM UTC

Joe Patrick
@japatrick200
Max Fried injured his hamstring running the bases because the union did not want expanded playoffs because it'd disincentivize teams to spend in free agency while Shane Greene remains unsigned and attending games as a fan in the left field seats.
14 Apr, 03:57 AM UTC

Joe Patrick
@japatrick200
Max Fried does not know the result of his MRI, but he certainly doesn't sound optimistic about it. Said it continued to "tighten up" after feeling it initially running from 2nd to 3rd.
14 Apr, 03:49 AM UTC

The Florida Baseball Man
@FLbaseballman
If you drafted Max Fried at his end of Spring Training ADP, re-evaluate your process. There were a lot of red flags for me. Minor league track record is so weak, especially for someone drafted #7 overall.
14 Apr, 04:27 AM UTC