Menendez is trending on Twitter. Popular tweets on Menendez.

@PunchbowlNews
Sec. Blinken is testifying in front of the Senate Foreign Relations Committee. Follow along for updates. Sen. Menendez begins with a tougher tone than House Democrats struck yesterday: “The execution of the U.S. withdrawal was clearly and fatally flawed.”
14 Sep, 02:07 PM UTC

@RNCResearch
Democrat Senator Bob Menendez to Blinken: “Mr. Secretary, the execution of the U.S. withdrawal was clearly and fatally flawed.” 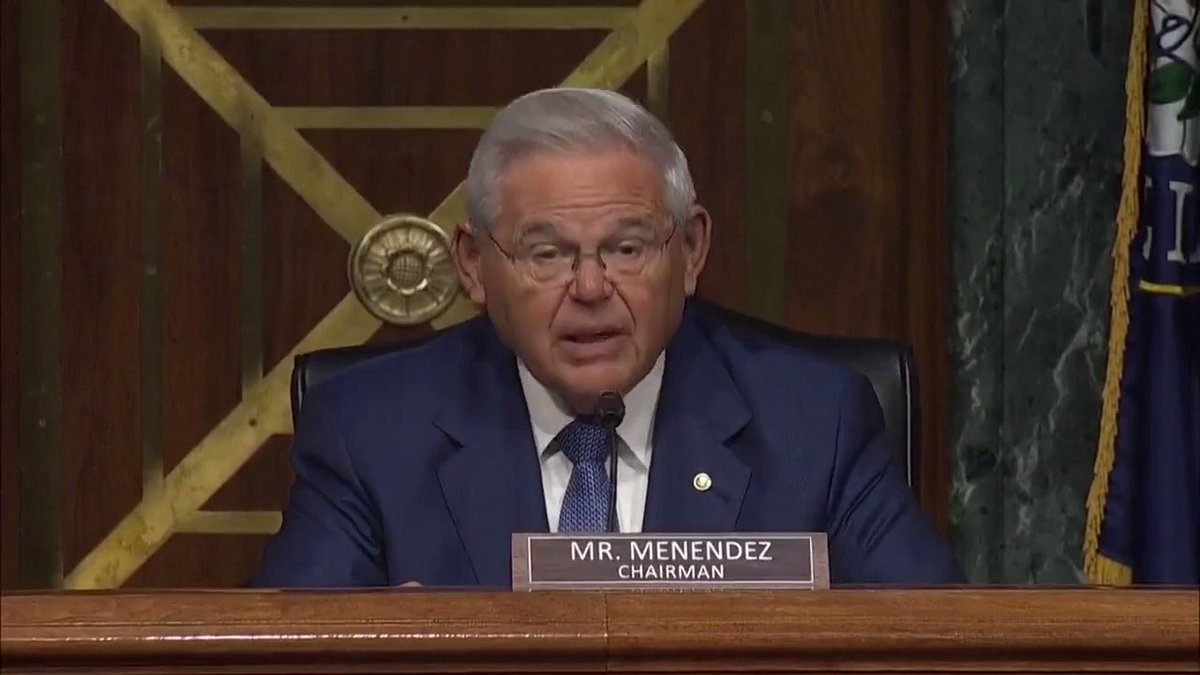 @PunchbowlNews
Menendez says he is "very disappointed" that Sec. Austin declined the committee's request to testify today. Adds this will affect his personal judgement on DOD nominees and Menendez may use subpoena powers to compel Austin to testify.
14 Sep, 02:15 PM UTC

@UrbanAchievr
Chairman Menendez is doing what you'd expect a responsible opposition party to do: asking critical questions and threatening to subpoena the Secretary of Defense. Meanwhile the actual opposition is doing... whatever this is. https://t.co/IlyRx22W1Q
14 Sep, 03:23 PM UTC 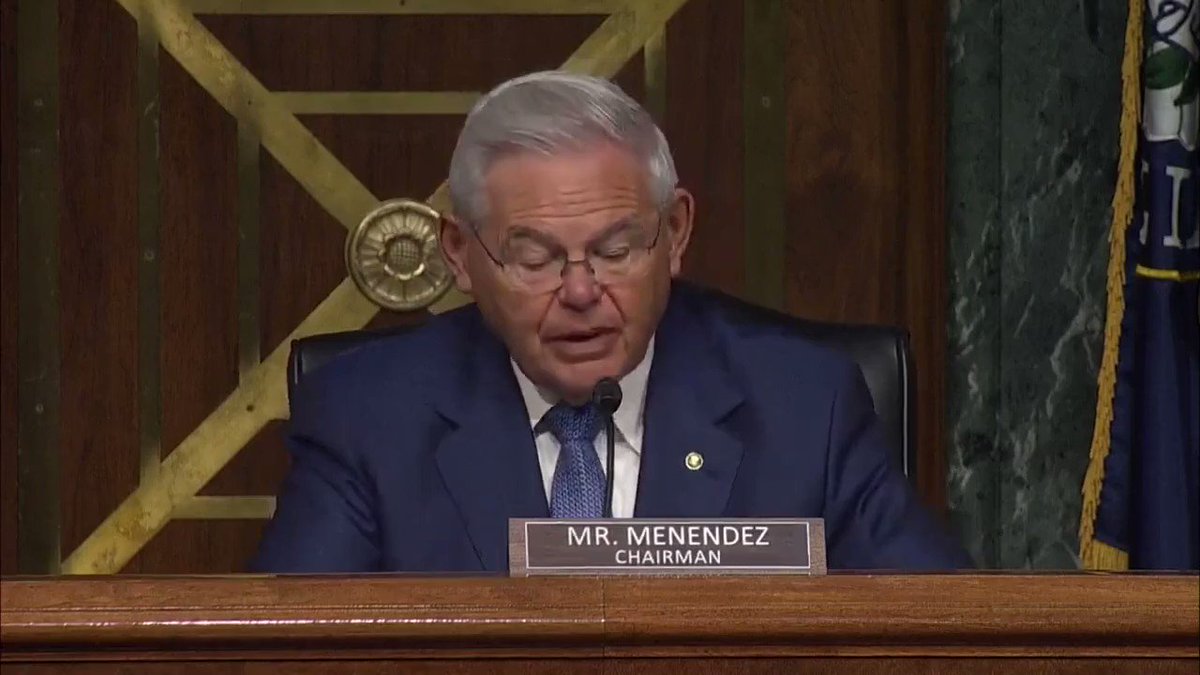 @ChadPergram
Foreign Rltns Cmte Chair Menendez to Blinken: The execution of the U.S. withdrawal was clearly and fatally flawed..This Committee expects to receive a full explanation of this Admin's decisions on Afghanistan since coming into office last January. There has to be accountability
14 Sep, 02:37 PM UTC

@LucasFoxNews
Chairman of Senate Foreign Relations Committee Sen. Menendez: "Successive administrations lied to Congress over the years about the durability of Afghan military and governing institutions. And we need to understand why."
14 Sep, 02:42 PM UTC

@emilymiller
"A full accounting of the US response to this crisis is not complete without the Pentagon. I expect the secretary will avail himself before the committee in the near future. And if he does not I may consider the use of subpoena power to compel him..." -Menendez on SecDef 2/2
14 Sep, 02:45 PM UTC

@RichLowry
Good for Sen. Menendez—congressional oversight is at least a mechanism for accountability for these officials who disgraced their nation, but apparently feel no shame https://t.co/oiYCO8zGtU
14 Sep, 04:13 PM UTC

@ABCPolitics
Sen. Bob Menendez, chairman of the Senate Foreign Relations Committee, speaks at Afghanistan hearing with Sec. of State Blinken. “There is no such thing as a reformed Taliban. This group is woefully stuck in the 14th century with no will to come out.” https://t.co/FFwhzRVKO9 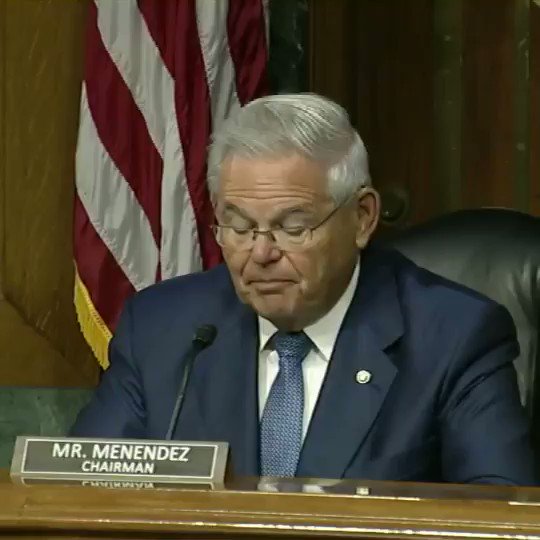 @LucasFoxNews
Sen Menendez says Afghanistan "due in large part to February 2020 surrender deal negotiated by Donald Trump, a deal that was clearly built on a set of lies. A deal that led to the release of 5,000 hardened Taliban fighters...[with] no intention of breaking ties with al Qaeda."
14 Sep, 02:48 PM UTC

Pradheep J. Shanker
@Neoavatara
Kudos to Sen. Menendez for this. Not my favorite pol, but he is right on this. https://t.co/KPyoN7sIJY
14 Sep, 04:23 PM UTC 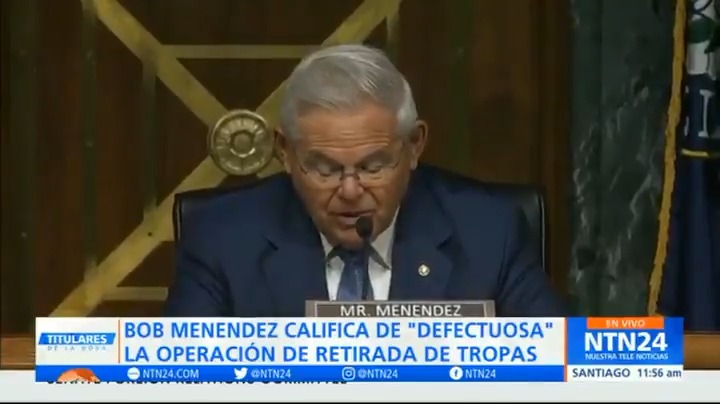 @NicholasFlorko
Talked to Bob Menendez briefly about tying Medicare prices to VA prices. He’s keeping his powder dry. He said it’s “something to look at.” Says he hasn’t been read in yet to SFC package.
14 Sep, 04:31 PM UTC