@UMichFootball
For the 44th time in program history, the Michigan Wolverines are Big Ten champions! #GoBlue 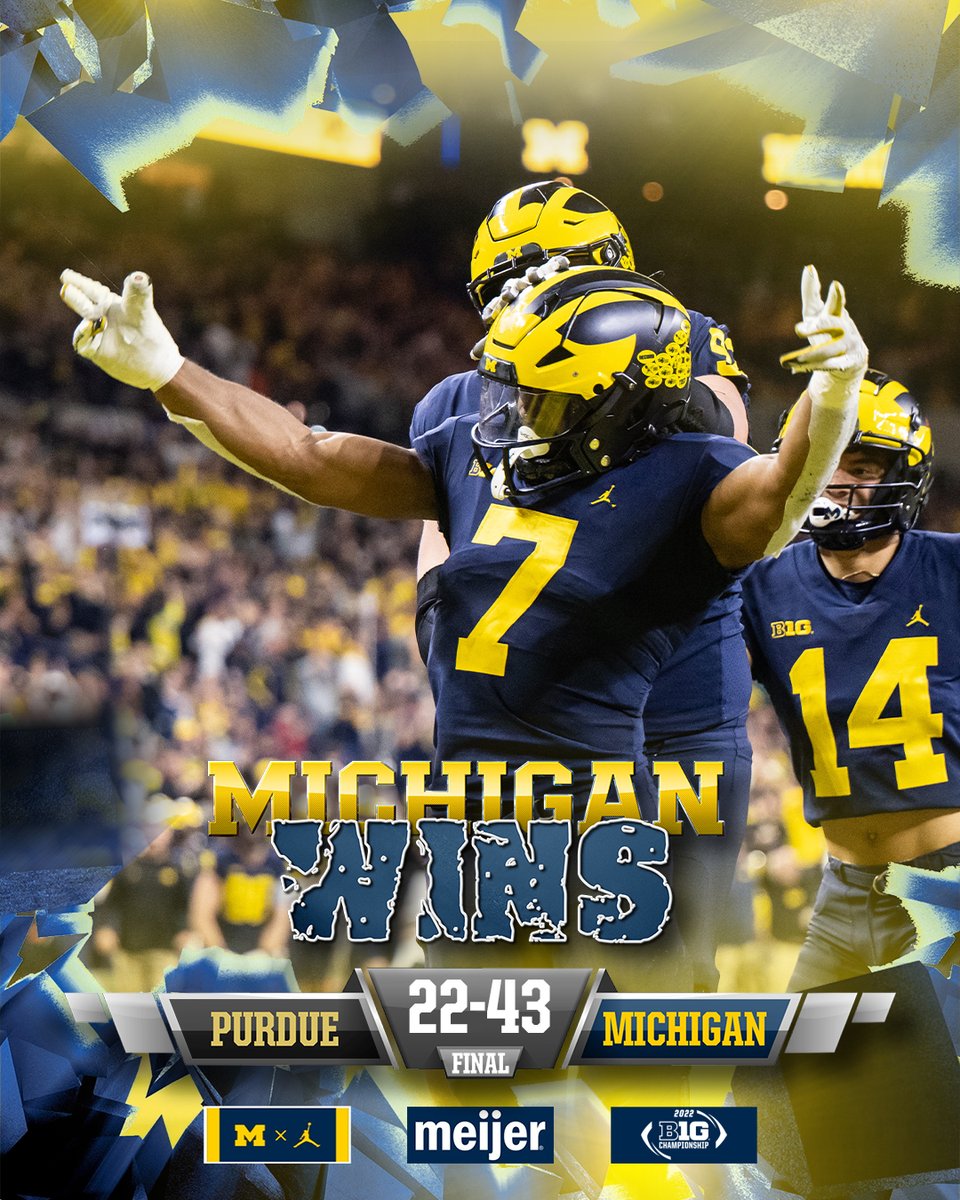 @espn
HAIL TO MICHIGAN 〽️ The Wolverines are back-to-back Big Ten champs for the first time since 2003-04! 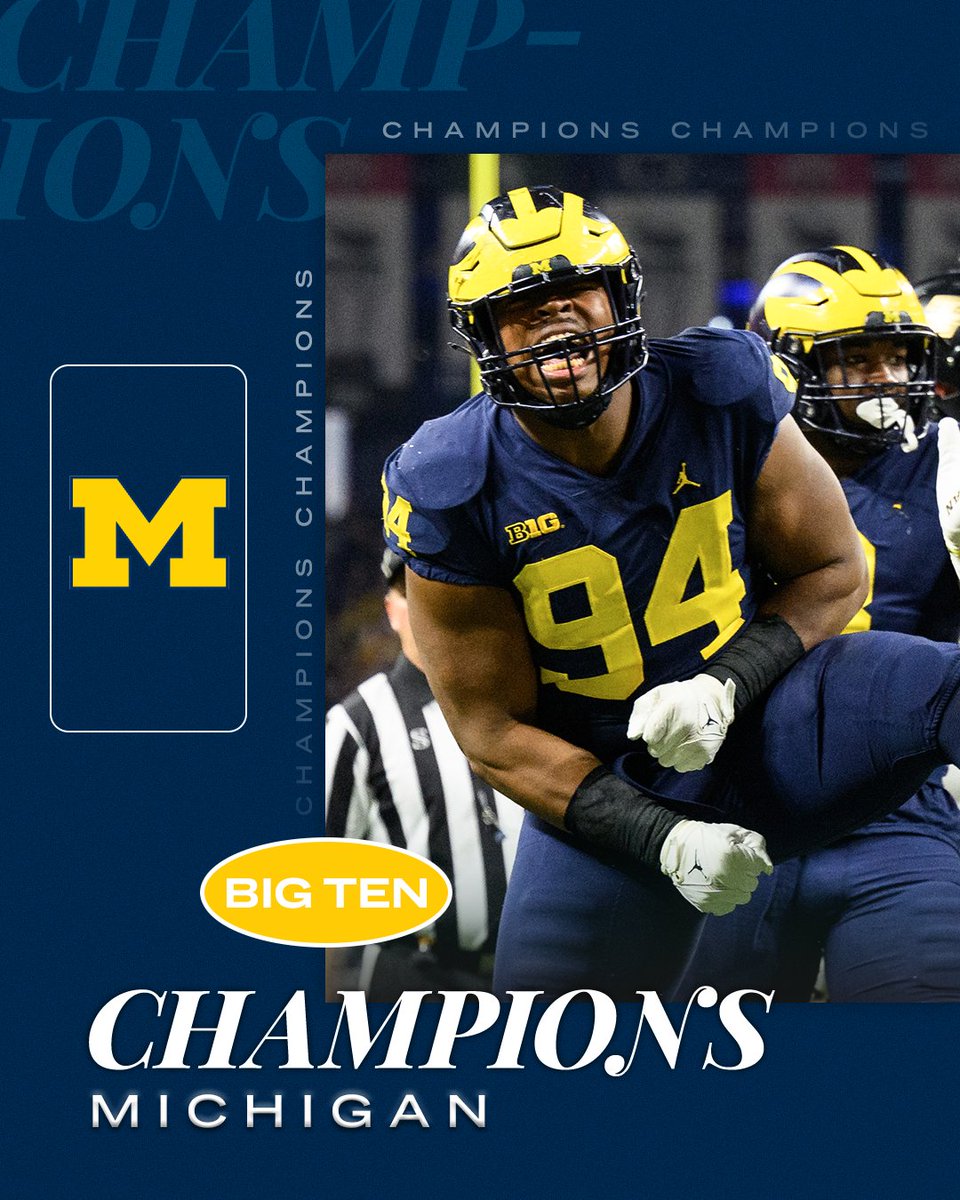 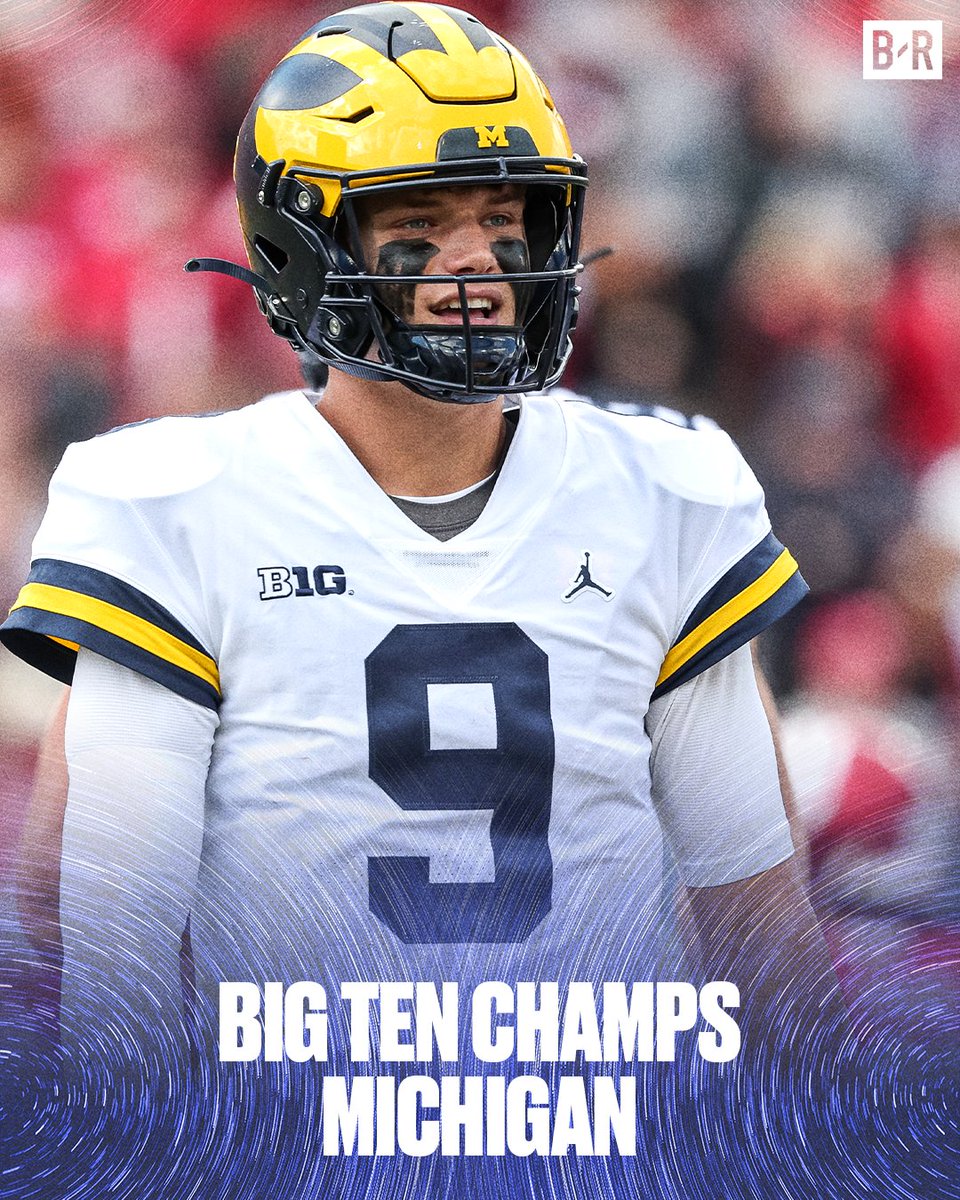 @BleacherReport
Jim Harbaugh has Michigan trending in the right direction 💪📈 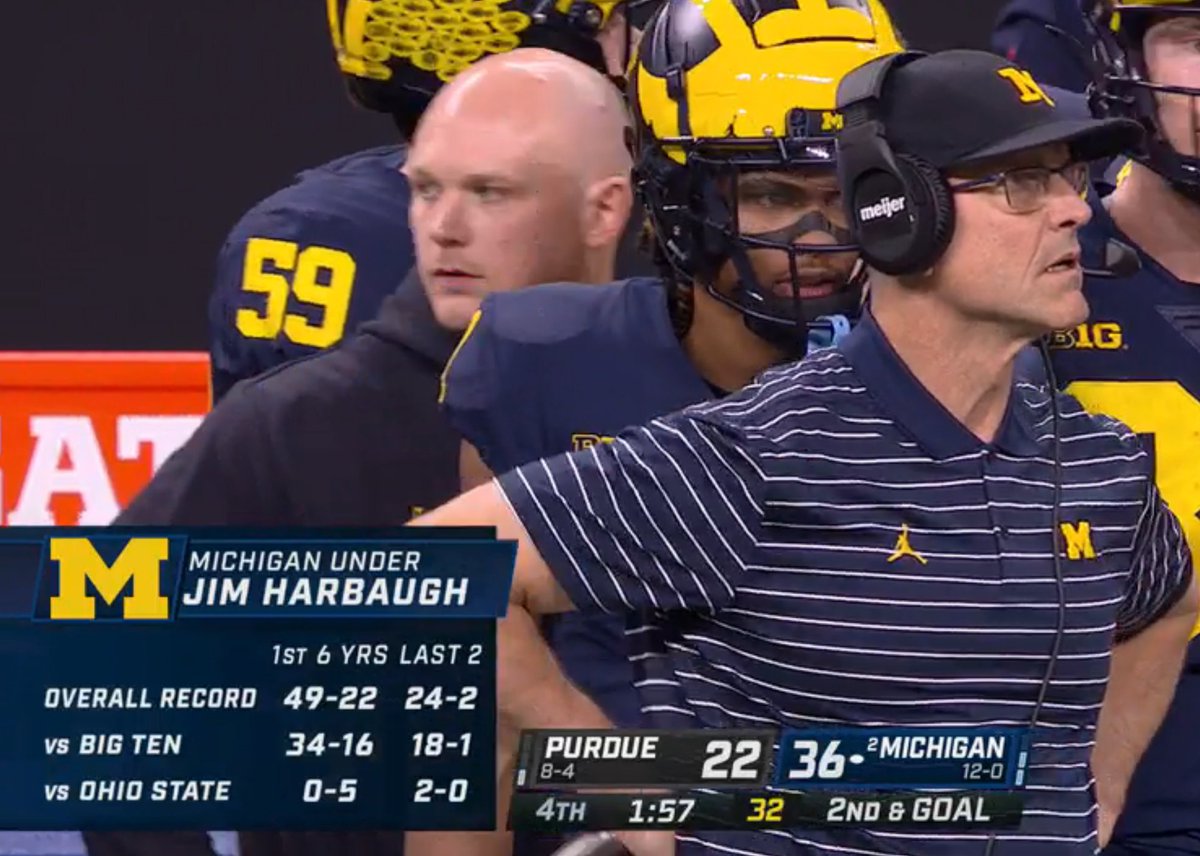 Scott Bell
@sbell021
Michigan is your Big Ten Champion for the second straight season. The Wolverines have won their four biggest games of the season — Ohio State, Penn State, Michigan State and the Big Ten Championship Game — all by 20+ points. Up next: A return to the College Football Playoff.
04 Dec, 05:00 AM UTC

@RedditCFB
1 Georgia vs 4 Ohio State - Peach Bowl 2 Michigan vs 3 TCU - Fiesta Bowl This is the only correct CFB Playoff. Apologies to those who are wrong.
04 Dec, 05:19 AM UTC

@RedditCFB
Georgia and Michigan are absolutely locked at #1 and #2 respectively. There's 3 scenarios for how the rest of the CFP could play out. 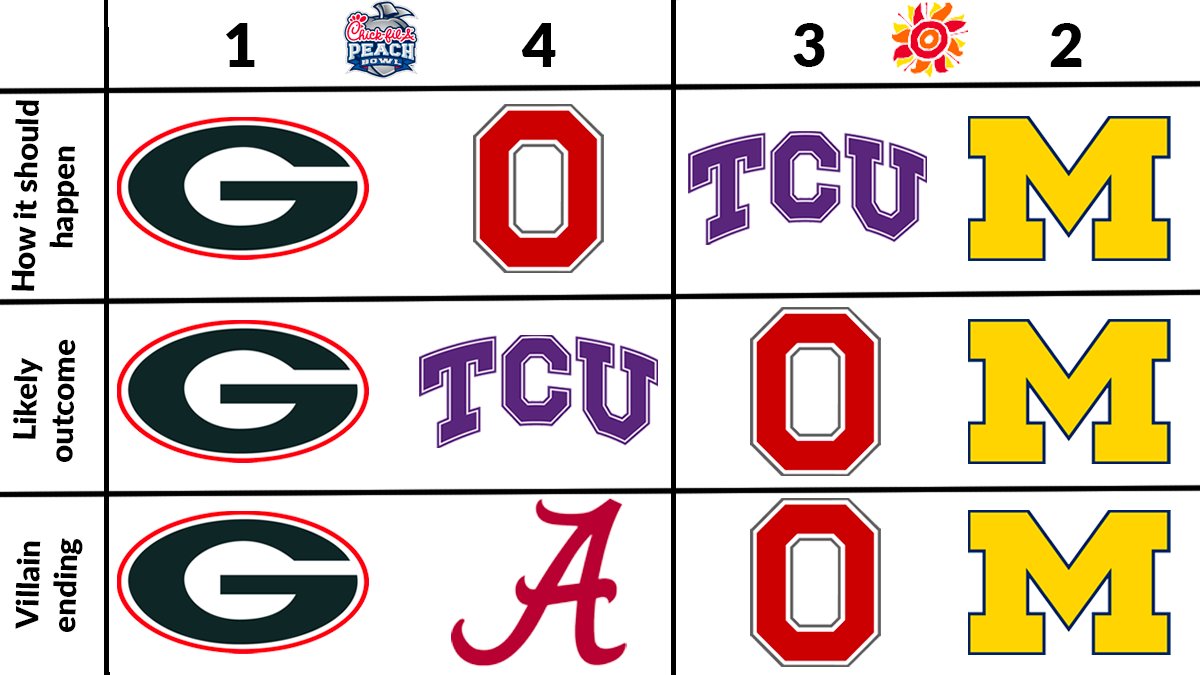 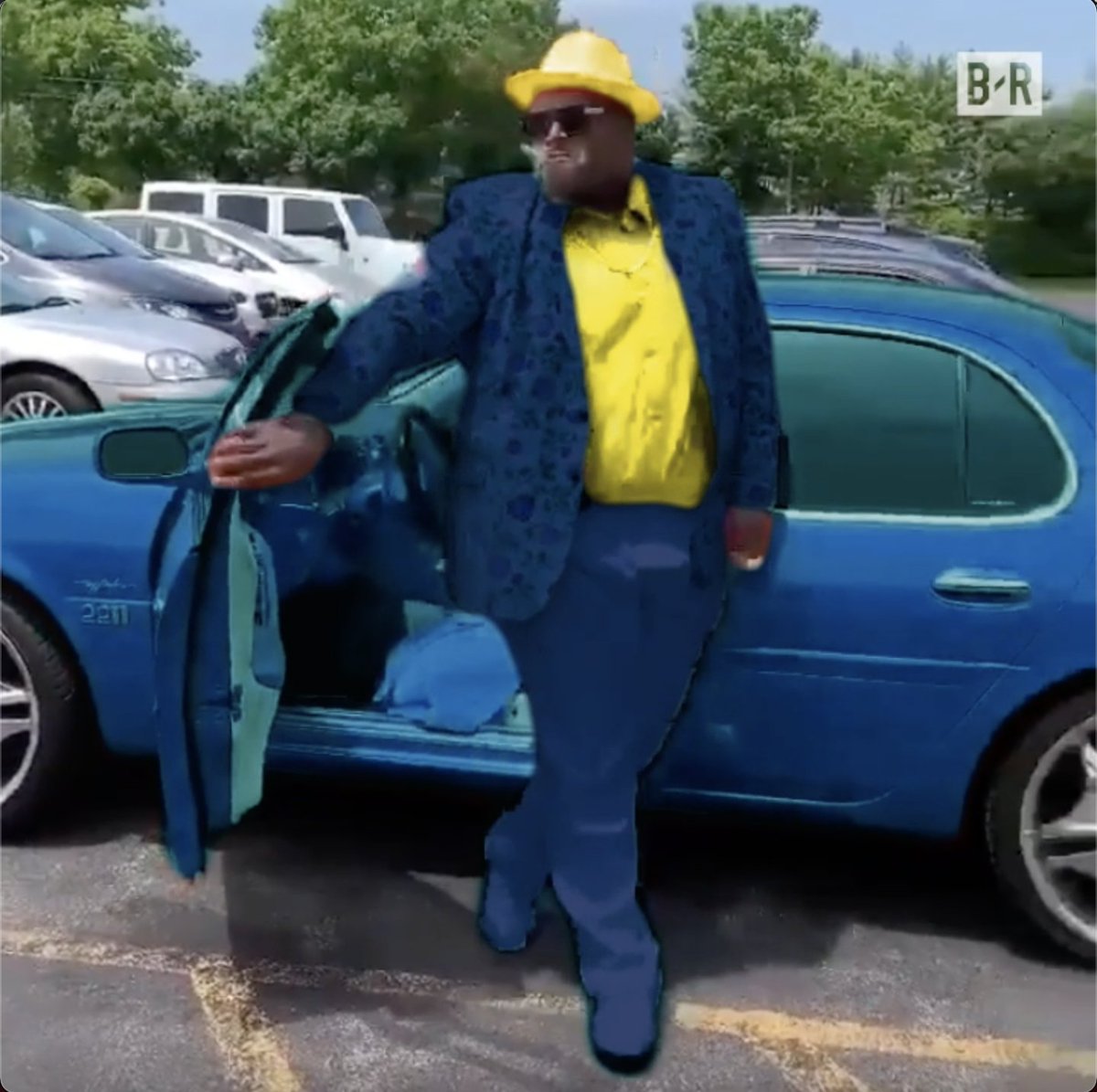 MichiganPodcast
@MichiganPodcast
The three 5 stars who signed with Michigan despite the disastrous 2020 season — Donovan Edwards, Will Johnson, and JJ McCarthy — were the difference in the Big Ten Championship Game.
04 Dec, 05:04 AM UTC

@ESPNStatsInfo
The leaders and, at least in the Big Ten, the best. Michigan has won 13 games in a season for the first time in school history. 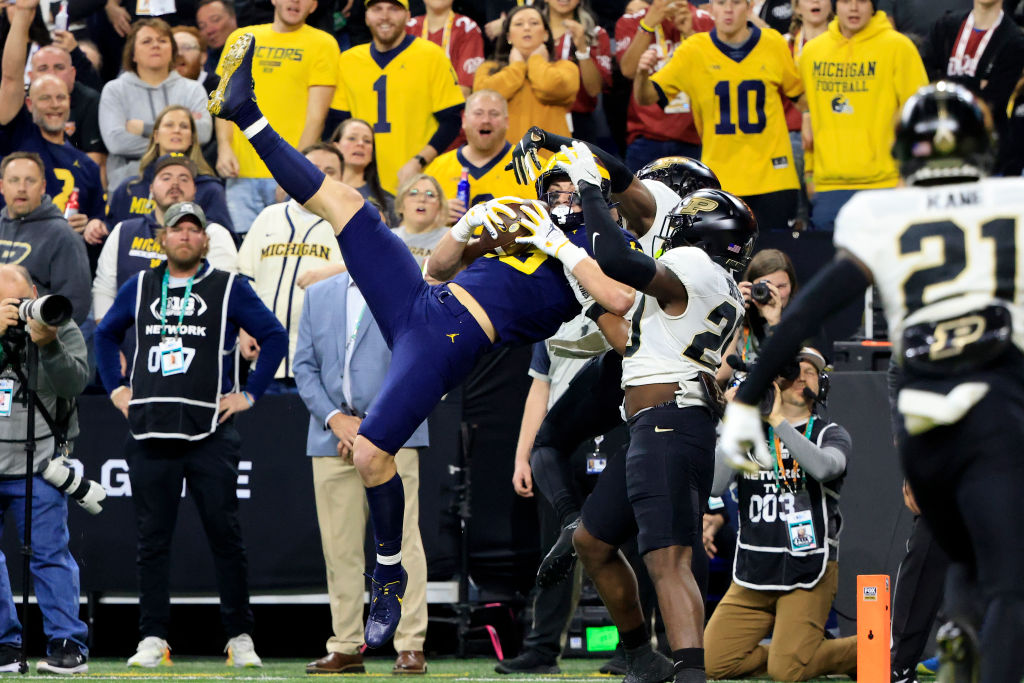 @Herring_NBA
Michigan really moved on from its first QB to beat OSU in 200 yrs, lost two D linemen to the first round of the draft, lost both coordinators to other jobs, and went 13-0, including an absolute ass-kicking of Ohio State on the road. I *love* it.
04 Dec, 04:57 AM UTC

@mikaylasmithwx
Bringing Nick Saban into halftime of the Michigan / Purdue game, to talk about TCU and USC losing? They aren’t even trying to hide the Alabama agenda anymore….
04 Dec, 03:09 AM UTC 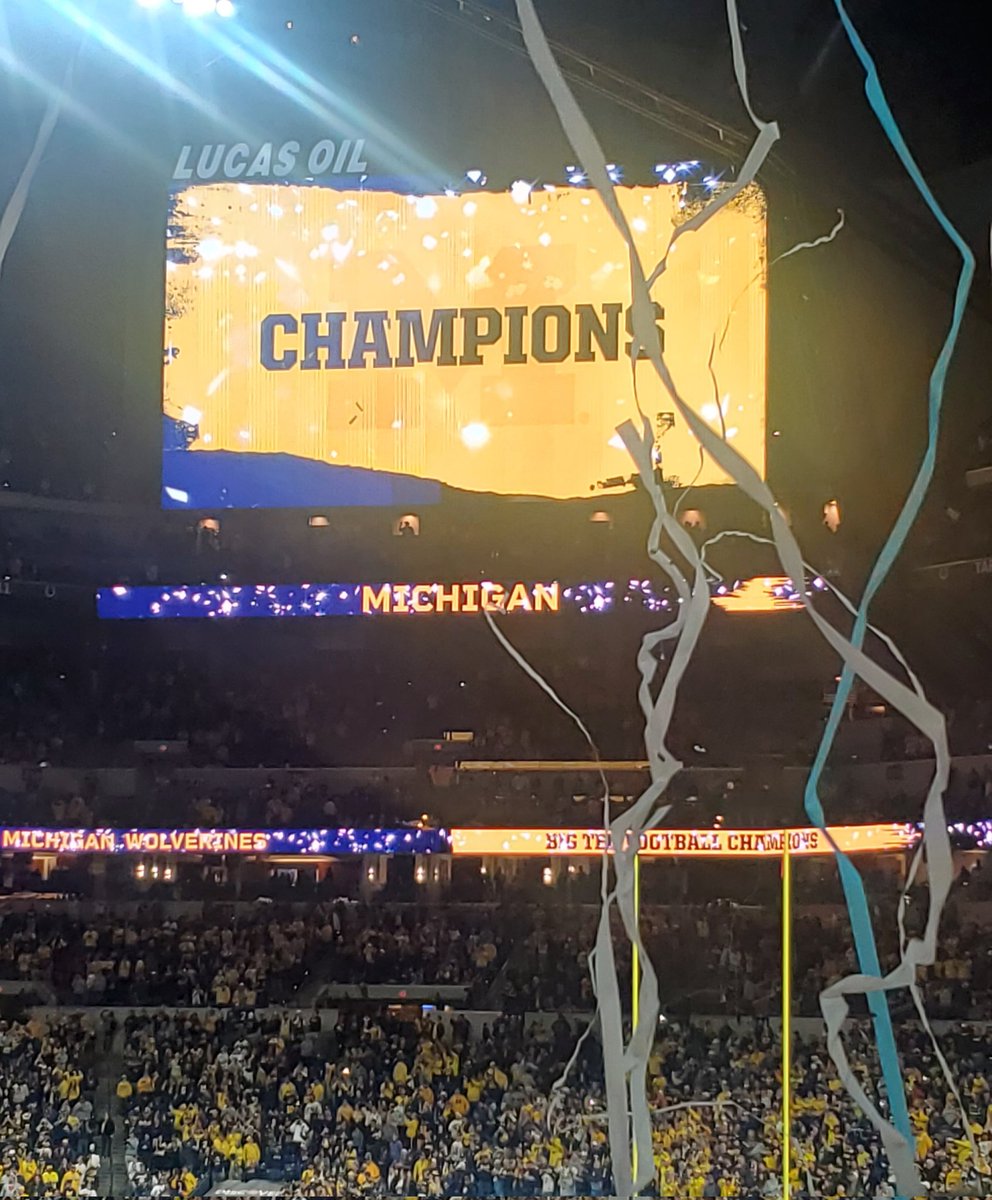 @BarstoolTexasAM
my playoff rankings that absolutely nobody asked for but what I think the committee will do tomorrow: 1. Georgia 2. Michigan 3. TCU 4. Ohio State only surprise could be seeding with 3 and 4.
04 Dec, 05:00 AM UTC 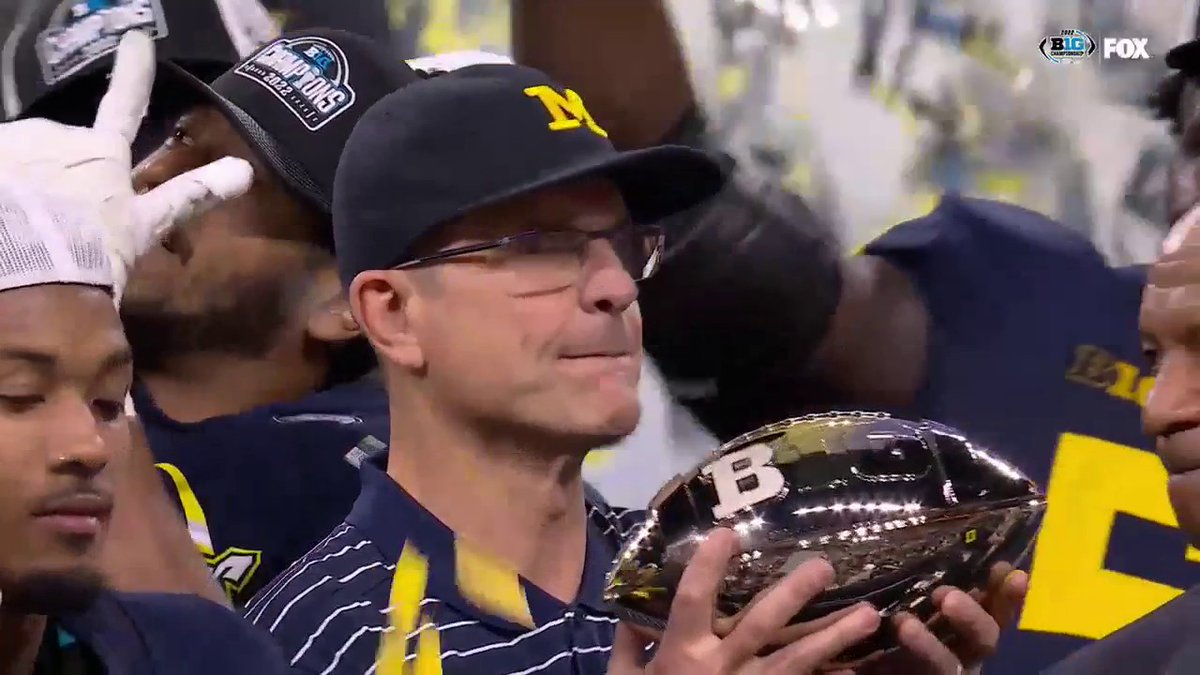 Force Multiplier
@philpapi_
lmfao Urban Meyer having to stand thru this interview with champion Michigan players behind him >>>>
04 Dec, 05:22 AM UTC