Laura Kuenssberg Translator
@BBCFLauraKT
BREAKING: Huge congratulations to Fiona Bruce who made the wise decision of not letting Mick Lynch finish a single point on Question Time so he couldn't embarrass her x
24 Jun, 06:46 AM UTC

@HackneyAbbott
@bbcquestiontime @RMTunion I have been going on @bbcquestiontime for over 30 years. I have never known a presenter interrupt a panellist as often as Fiona Bruce (salary £405,000) did with Mick Lynch. Crudely partisan.
24 Jun, 10:38 AM UTC

@Taj_Ali1
Mick Lynch is one of many workers who have previously been blacklisted for their trade union activity. For @tribunemagazine, I explored the blacklisting scandal- where companies use the blacklisting of trade union officials as a tool of fear and control. https://t.co/jgGHrav09u
24 Jun, 08:47 AM UTC

@LankumDublin
We've been contacted by loads of newspapers & radio stations over the whole Mick Lynch thing. Just to clarify, he is our uncle, but we haven't seen him since 1989 when he had a fist fight with our dad in our granny's garden. Something to do with the Sunday roast. Miss him.😕
24 Jun, 04:34 PM UTC

Radical Folk Wicca
@wyrd_explorer
"If you're not bargaining, you're begging, and the British working class should not have to beg." - Mick Lynch Damn fucking right. Enough is enough. Solidarity. @RMTunion https://t.co/XwX5kWo5IN
24 Jun, 11:20 AM UTC

Rachael Swindon
@Rachael_Swindon
I’m wondering what Tory they will send out for Mick Lynch to disembowel tomorrow. Nadine would be a good shout. Can you imagine the carnage?
24 Jun, 04:07 PM UTC

@ronanburtenshaw
The establishment knows just how big of a wave they are trying to hold back. That’s why they went for Mick Lynch last night. It’ll be all-hands-on-deck against strikes from here. But it won’t work – people don’t just want pay rises, they *need* them!
24 Jun, 11:49 AM UTC

The Grit
@theGrit_music
Mick Lynch and the @RMTunion aren’t just standing up for rail workers. They’re standing up for every person who’s been crushed into using foodbanks by government policy and big business for the last 12 years. This is bigger than trains. #RailStrikes
25 Jun, 05:26 AM UTC

Morning Star
@M_Star_Online
The RMT leader has shown what is possible in terms of public support when class politics are explained plainly and unapologetically by working-class militants — we need more of this, writes JOHN WIGHT https://t.co/DJ4SaegPim
24 Jun, 04:40 PM UTC

Silverfinger
@theRealRayThomp
So now we know. It was apparent from last night's Question Time that Fiona Bruce had agreed with her Tory handlers that she should shut down Mick Lynch's replies to stop him landing blows on their Establishment. He still won on points.
24 Jun, 06:14 PM UTC

Millo💀
@Jdmillo69
Is there nothing this man can’t do, taking a break from slaying Tories and mainstream media , Mick Lynch holding down the low end with Robert Plant at #Glastonbury https://t.co/s0YZ6QOTFK
24 Jun, 06:05 PM UTC

@MetroUK
Mick Lynch has won himself a bunch of new fans - including some famous faces like Gary Lineker - after his blistering appearance on BBC’s Question Time https://t.co/dxp9C8v4Py
24 Jun, 03:00 PM UTC 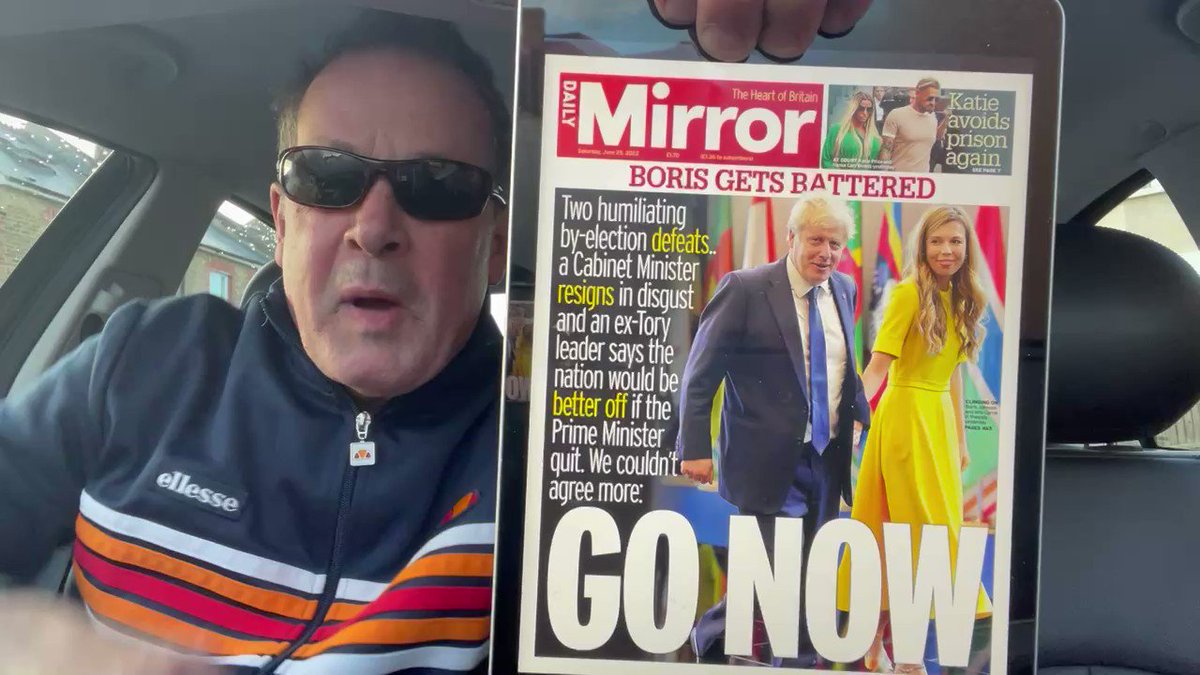 Saul Staniforth
@SaulStaniforth
Mick Lynch on Sky this morning: "For 12 years Network Rail gave us a guarantee of no compulsory redundancies. They withdrew that last years in preparation for this dispute, because they were getting ready for it". Solidarity with all @RMTunion members on strike today✊🏽 https://t.co/2LAKy7skqy
25 Jun, 06:27 AM UTC

Saul Staniforth
@SaulStaniforth
Mick Lynch from the @RMTunion on how the negotiations with the Train Companies have gone this week, explaining the companies are still demanding slashing workers terms/conditions, cutting thousands of jobs & recontracting workers on worse pay & terms/conditions (i.e. fire&rehire) https://t.co/z03z4cfYQ1
25 Jun, 06:18 AM UTC

Saul Staniforth
@SaulStaniforth
Mick Lynch from the @RMTunion on Sky News this morning explaining that Network Rail issued a formal notice of imposing redundancies DURING negotiations with the union. Is that really the act of someone whose priority is reaching a settlement agreeable to both parties? https://t.co/ohQfxkb3o7
25 Jun, 06:33 AM UTC

sandieshoes 🇬🇧🇺🇸
@sandieshoes
I see that Mick Lynch guy is still the poster boy for the economically illiterate this morning 🙄
25 Jun, 06:30 AM UTC

Dawud Marsh Ⓥ
@DawudMarsh
If you’re still wondering why @RMTunion are on strike, read this from Mick Lynch. Tells you what the gov means by modernisation #RMTstrikes https://t.co/keb9Bj10nX
24 Jun, 11:09 PM UTC

Francis Bebbington
@fsbebbington1
Mick Lynch being interviewed on Sky News just now, stressing the importance of "constructive dialogue" in negotiations. We could do with Mr Lynch in parliament where the ability to engage constructively has all but disappeared.
25 Jun, 06:28 AM UTC 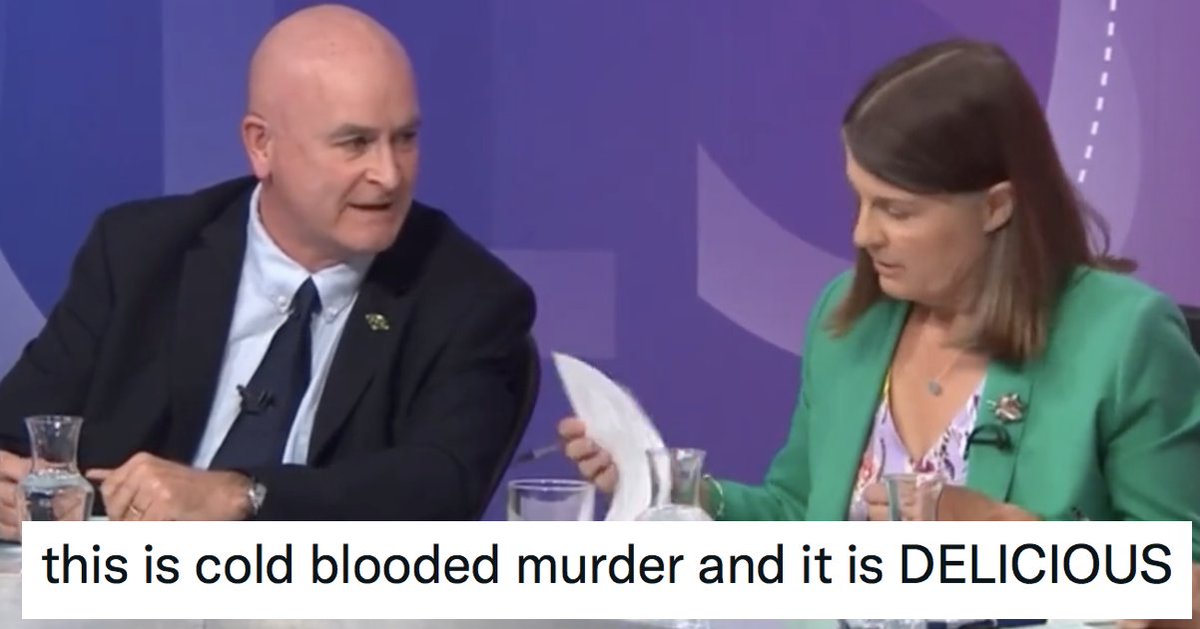 Alfie Goodrich
@AlfieJapanorama
A great digest and summary of what a superb job Mick Lynch of the @RMTunion is doing. And, what an absolute disgrace many in the media are. Our freedoms and futures are at stake. Massive respect to those who are standing up for that. https://t.co/Zh8vhI3DuH
25 Jun, 06:27 AM UTC