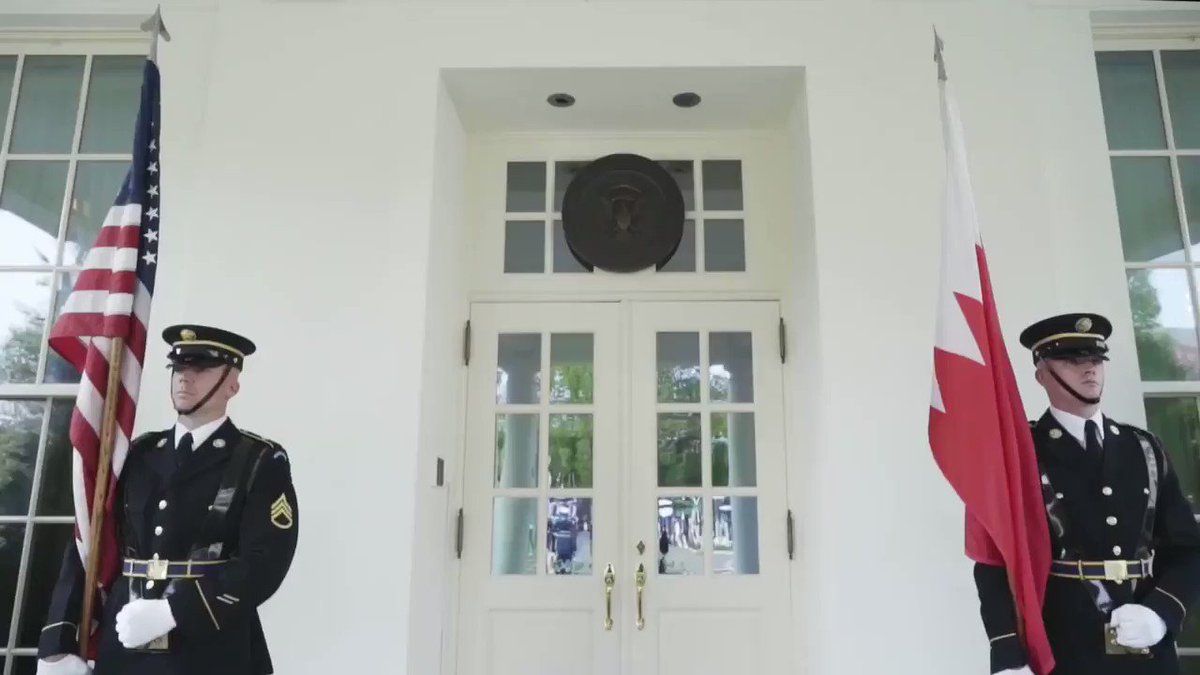 @realDonaldTrump
HISTORIC day for PEACE in the Middle East — I am welcoming leaders from Israel, the United Arab Emirates, and the Kingdom of Bahrain to the White House to sign landmark deals that no one thought was possible. MORE countries to follow! 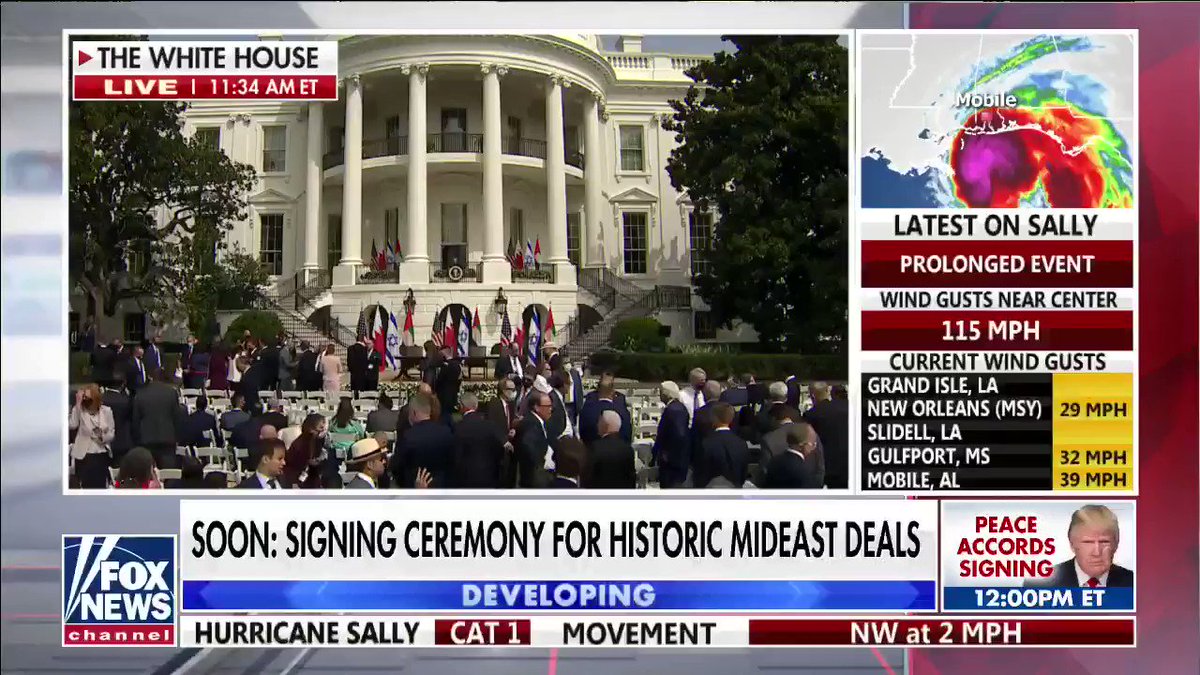 @IvankaTrump
History is being made today at the White House. @realDonaldTrump will host PM @netanyahu & Bahraini & Emirati leaders to sign the Abraham Accords, advancing peace in the Middle East and formally normalizing diplomatic relations between the Arab nations and Israel. 🕊
15 Sep, 03:19 PM UTC

@kanyewest
Jared Kushner will have done more for peace in the Middle East than anyone in 30 years https://t.co/bzoediTLTG
15 Sep, 08:55 PM UTC

@charliekirk11
You'd think the President signing two historic Middle East Peace Deals would be a bigger story than it is But I guess that doesn't fit the Activist Media's narrative? 🤔
15 Sep, 05:29 PM UTC

@briantylercohen
I can't get over the entire Trump team thinks that a peace agreement between countries that have never been at war means that they've achieved peace in the Middle East.
15 Sep, 09:35 PM UTC 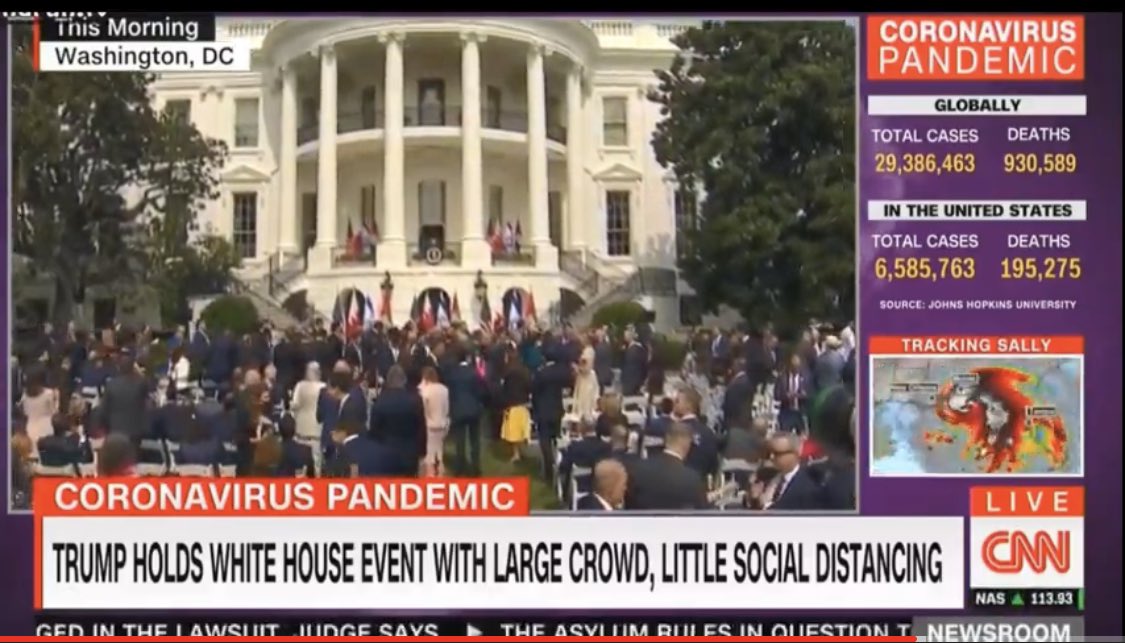 @dbongino
Obama, and the Obama bros, wanted to center Middle East peace around the “death to America” lunatics. Think about that.
15 Sep, 10:55 PM UTC

@cvpayne
What is occurring at the White House right now is nothing short of remarkable. Israel gaining more recognition in the Middle East moved the region closer to peace. Heretofore one of the the most elusive quagmires in geopolitics. They said it could not be done. Its Happening.
15 Sep, 05:17 PM UTC

@KyleKashuv
Well would ya look at that, all the “experts” were wrong about Trump and Peace in the Middle East... This did not age well. 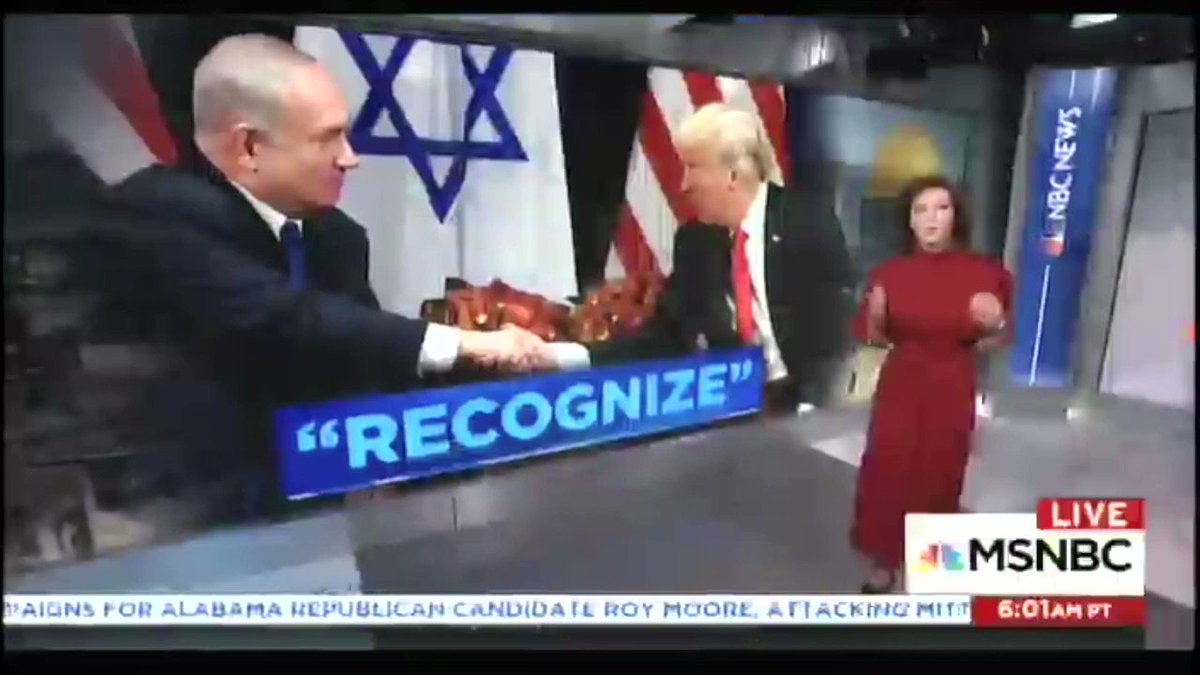 @charliekirk11
Donald Trump is delivering peace to the Middle East. Barack Obama and Joe Biden delivered pallets of cash to Iran. Remember that when you vote this November.
16 Sep, 01:27 AM UTC

@RubinReport
What a day. Trump gets us closer to peace in the Middle East and Biden something with the quartermaster on the second floor, you know.
15 Sep, 11:27 PM UTC

@DonaldJTrumpJr
Well, he helped put together multiple historic Middle East peace deals. Maybe you should focus on the DC establishment who’s been there for decades and haven’t gotten anything done rather than those who are actually accomplishing things for a change. https://t.co/QM2tPg6Qdm
15 Sep, 03:04 PM UTC 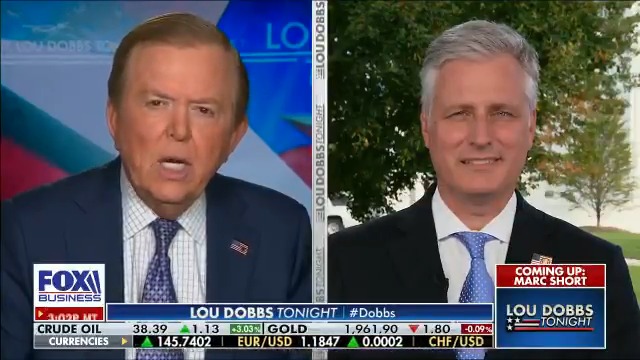 @KamVTV
Remember when the liberals said Trump was going to start a war in the Middle East? I do. Today they are silent. Kinda funny how fast Trump shuts the bootlickers up.
15 Sep, 09:00 PM UTC

@ScottAdamsSays
I can’t guarantee that everyone who reads my book about persuasion, Win Bigly, will negotiate peace in the Middle East. I only know it worked for everyone who tried.
15 Sep, 09:40 PM UTC 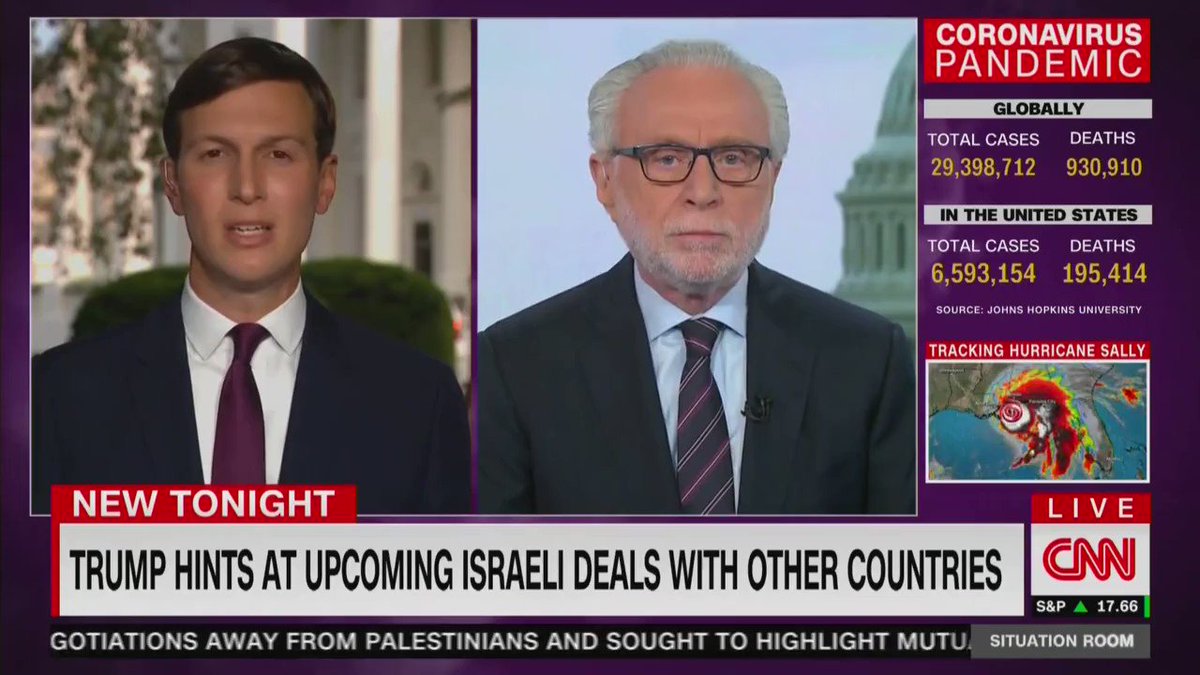 Who's Gonna Be Lucky Indicted #2? - Brian Cates
@drawandstrike
Kushner openly admitting the ENTIRE DC Swamp and the DC think tanks and the DC lobbyists & members of Congress were frozen out of what the Trump White House was actually doing in the Middle East with these peace deal negotiations. https://t.co/sCq2QWi4XH
15 Sep, 10:35 PM UTC

Machiavelli
@TheRISEofROD
While President Trump has been brokering peace deals throughout the Middle East, democrats are brokering deals with communist globalist terrorists to destroy the United States of America.
16 Sep, 12:05 AM UTC