Modi is trending on Twitter. Popular tweets on Modi.

@RahulGandhi
My interview with PTI about the Covid crisis in India and GOI’s incompetence. https://t.co/zby7XJbNDb
01 May, 03:05 PM UTC

@KanganaTeam
BJP has shown remarkable growth in #Bengal in 2016 they won 3 seats, growth is 2800 percent,need of the hour is NRC and CAA, in Bengal minority is majority now, nevertheless with the kind of ferocious passion and dedication Modi ji and Amit ji do their work is beyond admirable.
02 May, 09:03 AM UTC

Ray Stings
@Purba_Ray
Huge Modi wave in West Bengal. They are waving him goodbye.
02 May, 06:41 AM UTC

@ethicalsid
1. Arvind Kejriwal 2. Mamata Banerjee 3. Pinarayi Vijayan are the REAL faces of Opposition who have won the fight against not only Modi + Shah but the entire BJP, Godi Media, ECI, ED, IT, CBI, IT cell, electoral bonds. #KhelaHobe #नरेंद्र_मोदी_ग्लोबल_पप्पू #MamataBanerjee 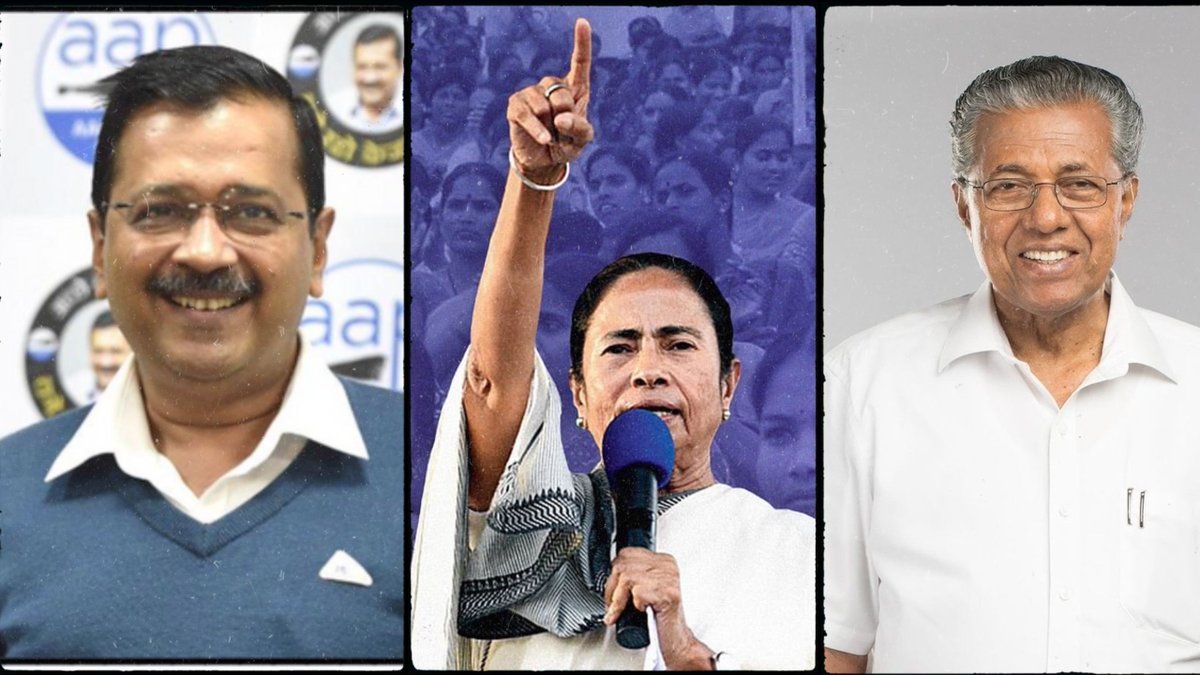 @rajnathsingh
The pro-people policies of Shri @narendramodi led Govt & the state Govt under @sarbanandsonwal have once again helped the BJP in winning assembly elections in Assam. Congratulations to PM Modi, CM Sonowal, Adhyaksh Shri @JPNadda & karyakartas on BJP’s impressive victory in Assam.
02 May, 10:29 AM UTC 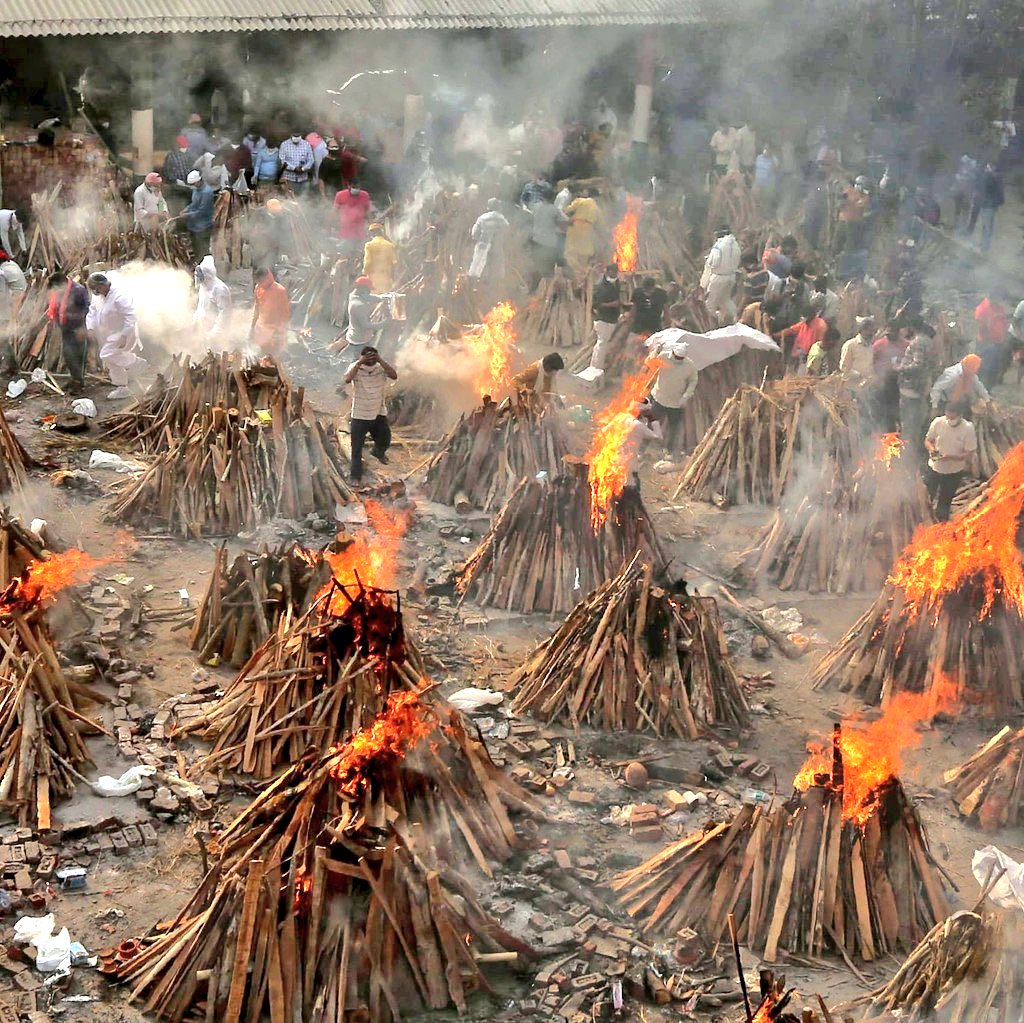 #SamsSpace
@BesuraTaansane
BJP supporters must realise that a BJP loss in any election is not Modi+Shahs loss but OUR & India's loss They r in politics not for personal gain but for development of India & for ensuring a better future for us & our next generation #IStandWithModi bcs Modi stands with India
02 May, 10:29 AM UTC 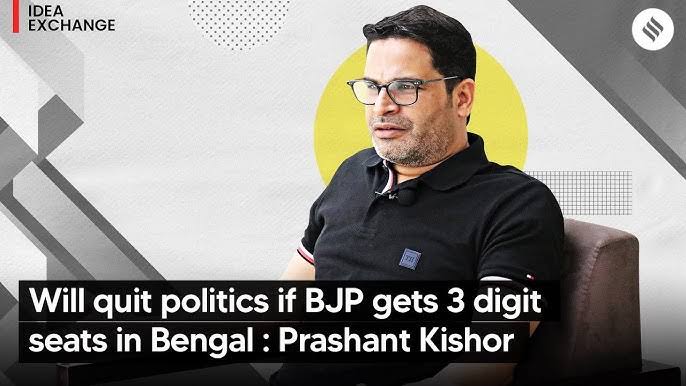 Abhishek
@AbhishBanerj
BJP lost many elections: Bihar 2015, Delhi 2015 & 2020, etc. Always humbly accepted verdict of people. As soon as TMC wins, Derek O'Brien tweets out calling Modi-Shah as Mo-Sha (Bengali word for mosquito) who did "filthy" campaign. But BJP is arrogant.
02 May, 10:38 AM UTC 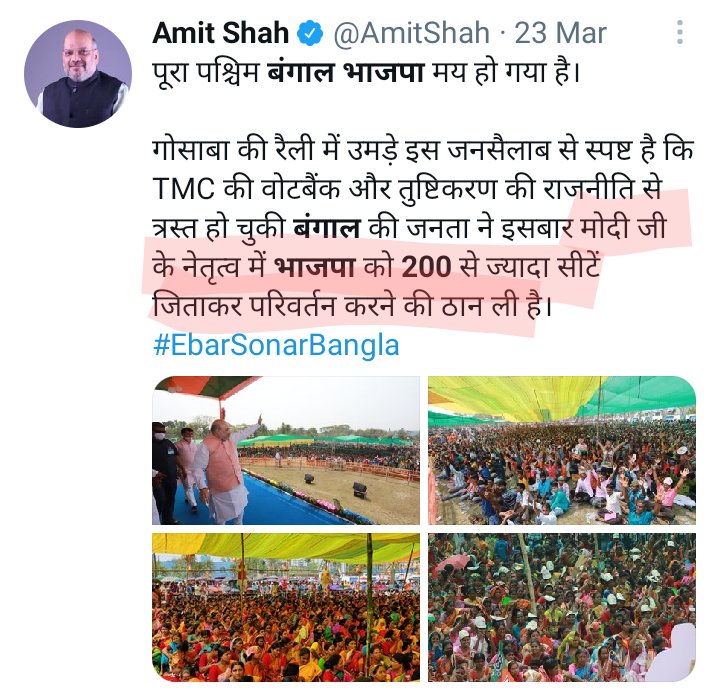 Nandkishor Kaushik
@NandkishorRAGA
1. Arvind Kejriwal 2. Mamata Banerjee 3. Pinarayi Vijayan are the REAL faces of Opposition who have won the fight against not only Modi + Shah but the entire BJP, Godi Media, ECI, ED, IT, CBI, IT cell, electoral bonds. #MamataBanerjee #दीदी_ओ_दीदी

@bainjal
You want to know what a crisis @PMOIndia has created of oxygen foreign missions are desperately seeking help from @srinivasiyc not Modi. Don’t think the foreign aid india is getting should be controlled by Modi. Will vanish
02 May, 04:35 AM UTC 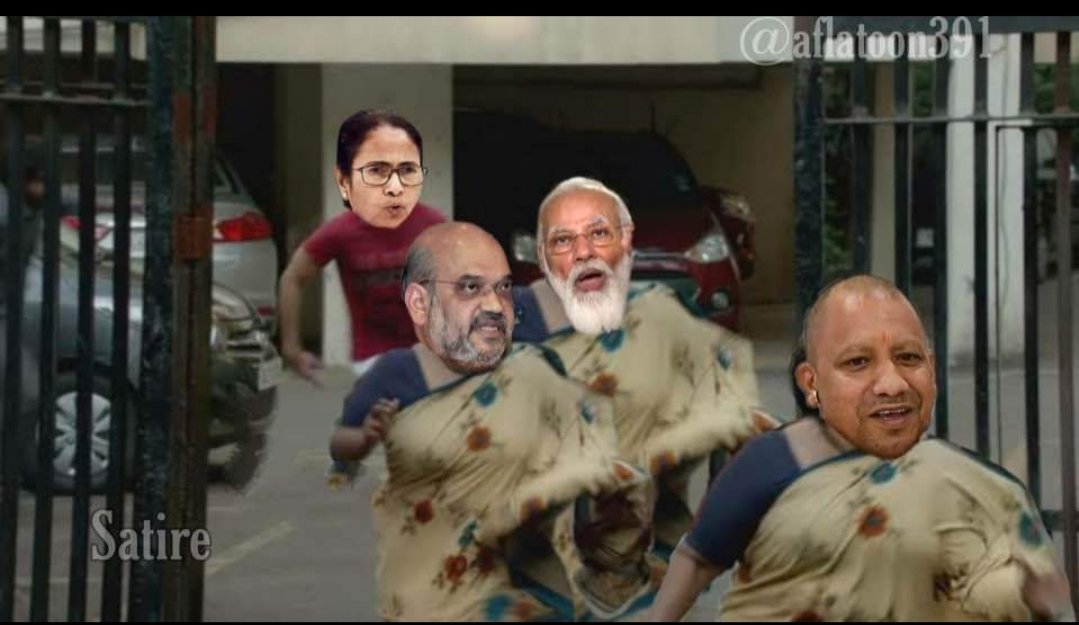 DaaruBaaz Mehta
@DaaruBaazMehta
BREAKING A Nervous Modi Govt files a plea in HC to "Recall its order to supply allocated oxygen to Delhi and or face contempt" Modi Govt failed to provide Delhi with it's allotted share of OXYGEN yesterday as well, even after HC had directed to supply or face contempt Shame!!
02 May, 10:36 AM UTC

@waglenikhil
. @IndiaToday exit poll done by @AxisMyIndia gone totally wrong. I can understand Pradeep Gupta’s feelings. But when your ideology or owner’s interests interfere with the facts, you go away from the truth. #Modi #MamtaBanerjee
02 May, 10:44 AM UTC