@guyverhofstadt
BREAKING: European Parliament approves massively the candidate status of Ukraine and Moldova as member of the European Union ! 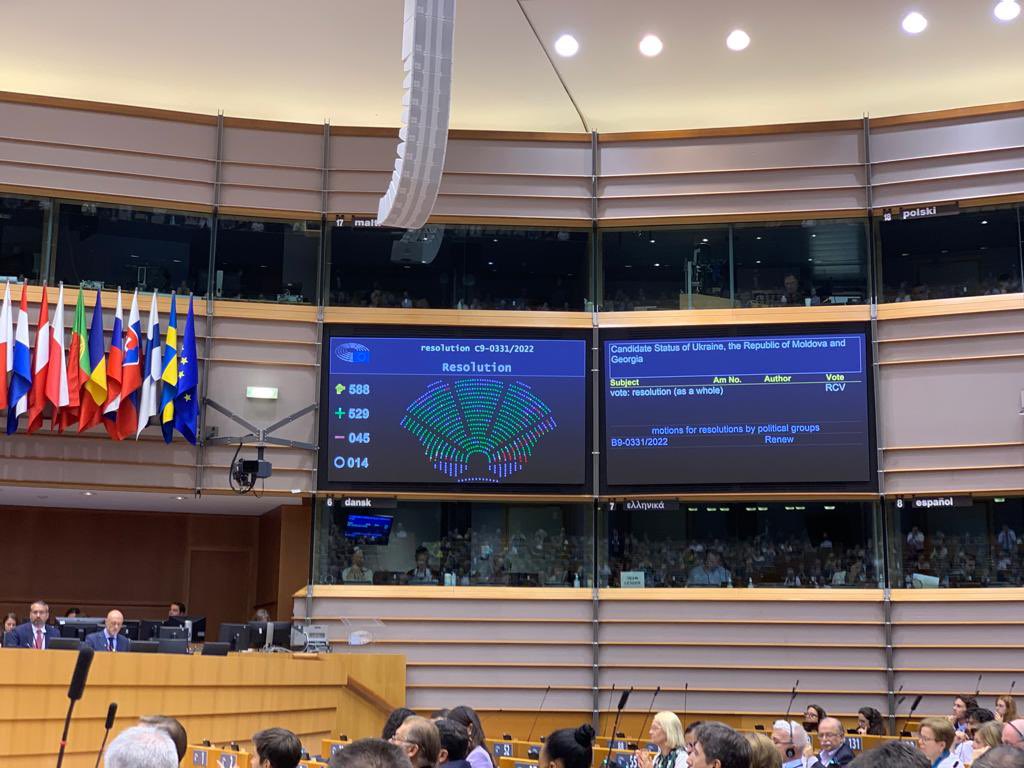 @CharlesMichel
Agreement. #EUCO has just decided EU candidate status to Ukraine and Moldova. A historic moment. Today marks a crucial step on your path towards the EU. Congratulations @ZelenskyyUa and @sandumaiamd and the people of Ukraine 🇺🇦 and 🇲🇩 Our future is together.
23 Jun, 06:20 PM UTC

@sandumaiamd
Historic day for #Moldova🇲🇩! EU🇪🇺 Member States have granted us the #EU candidate status. An unequivocal & strong signal of support for our citizens and #Moldova's European future. We are grateful & committed to advancing on the path of reforms.
23 Jun, 06:41 PM UTC

@KyivIndependent
Leaders of EU member states have just supported granting Ukraine and Moldova the status of EU candidates, according to President of the European Council Charles Michel. The leaders also decided to "recognize the European perspective of Georgia."
23 Jun, 06:37 PM UTC

@EU_Commission
Today is a good day for Europe! Ukraine 🇺🇦 and Moldova 🇲🇩 are granted the candidate status to become part of the European family. Georgia 🇬🇪 is given the perspective to become a member of the EU. #EUCO 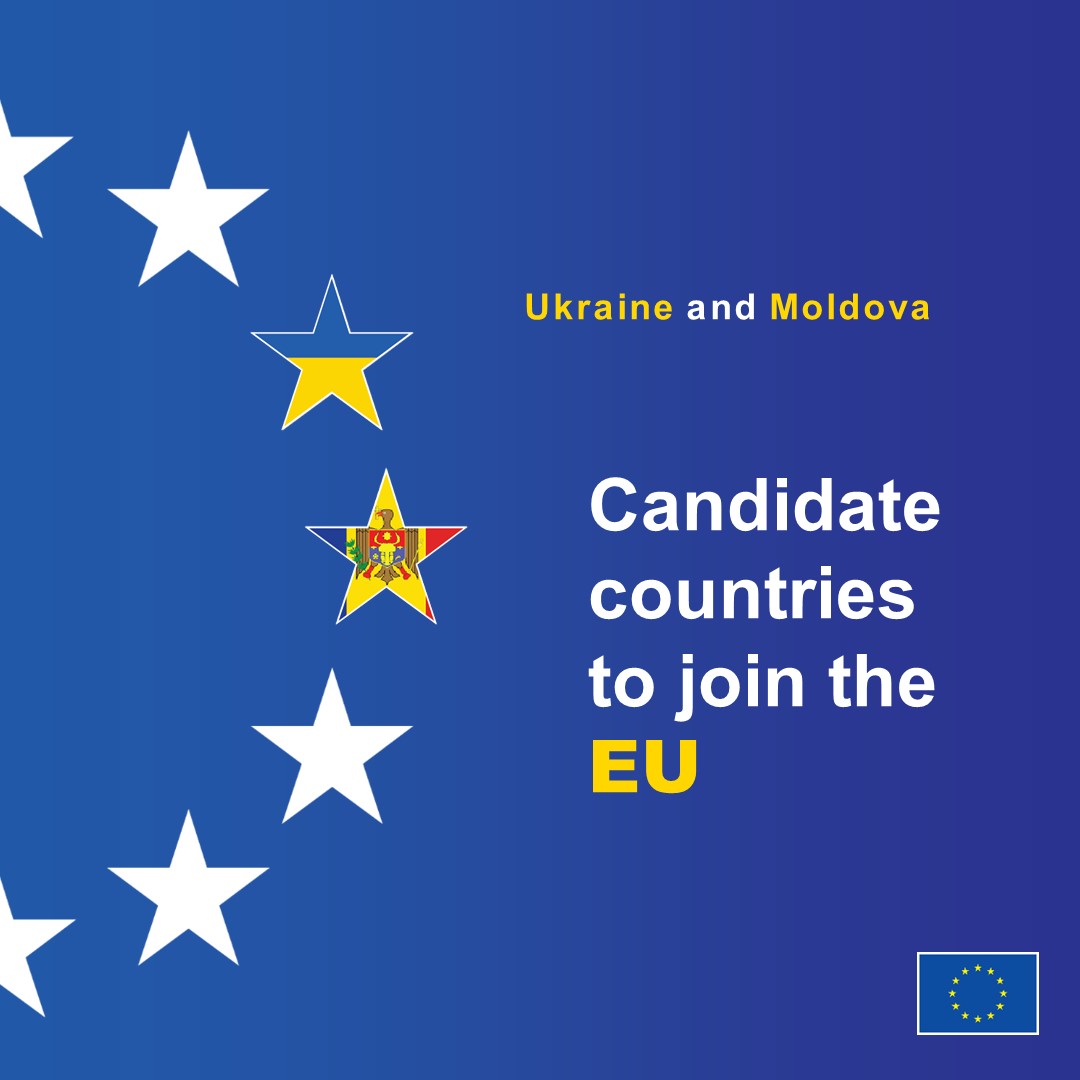 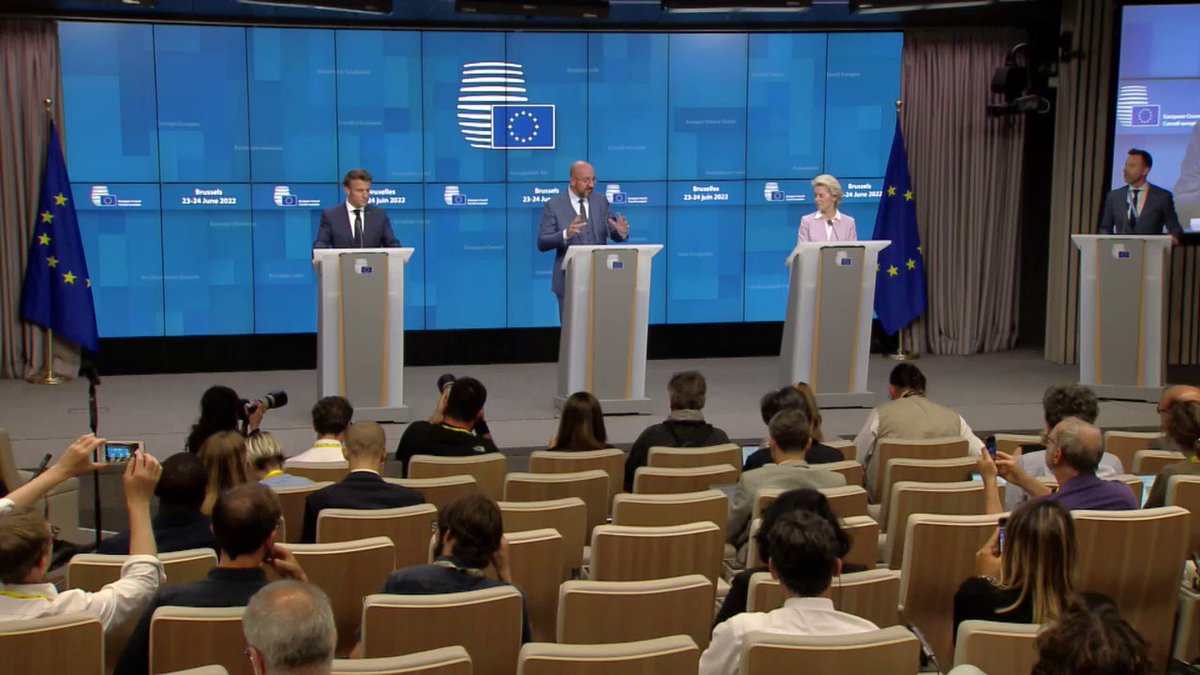 Michael MacKay
@mhmck
The European Council has granted candidate status to Ukraine and Moldova to join the European Union. Ukrainians fought and won the Revolution of Dignity under the Ukrainian and EU flags – fighting for the ideals of a free, united and democratic Europe.
23 Jun, 06:41 PM UTC

@EUCouncil
Today is a historic day for Europe. 🇺🇦 Ukraine and 🇲🇩 Moldova have just become candidates to join the 🇪🇺 EU. EU leaders are also ready to grant Georgia candidate status once specific priorities are addressed. The three countries' future lies in the EU. #EUCO 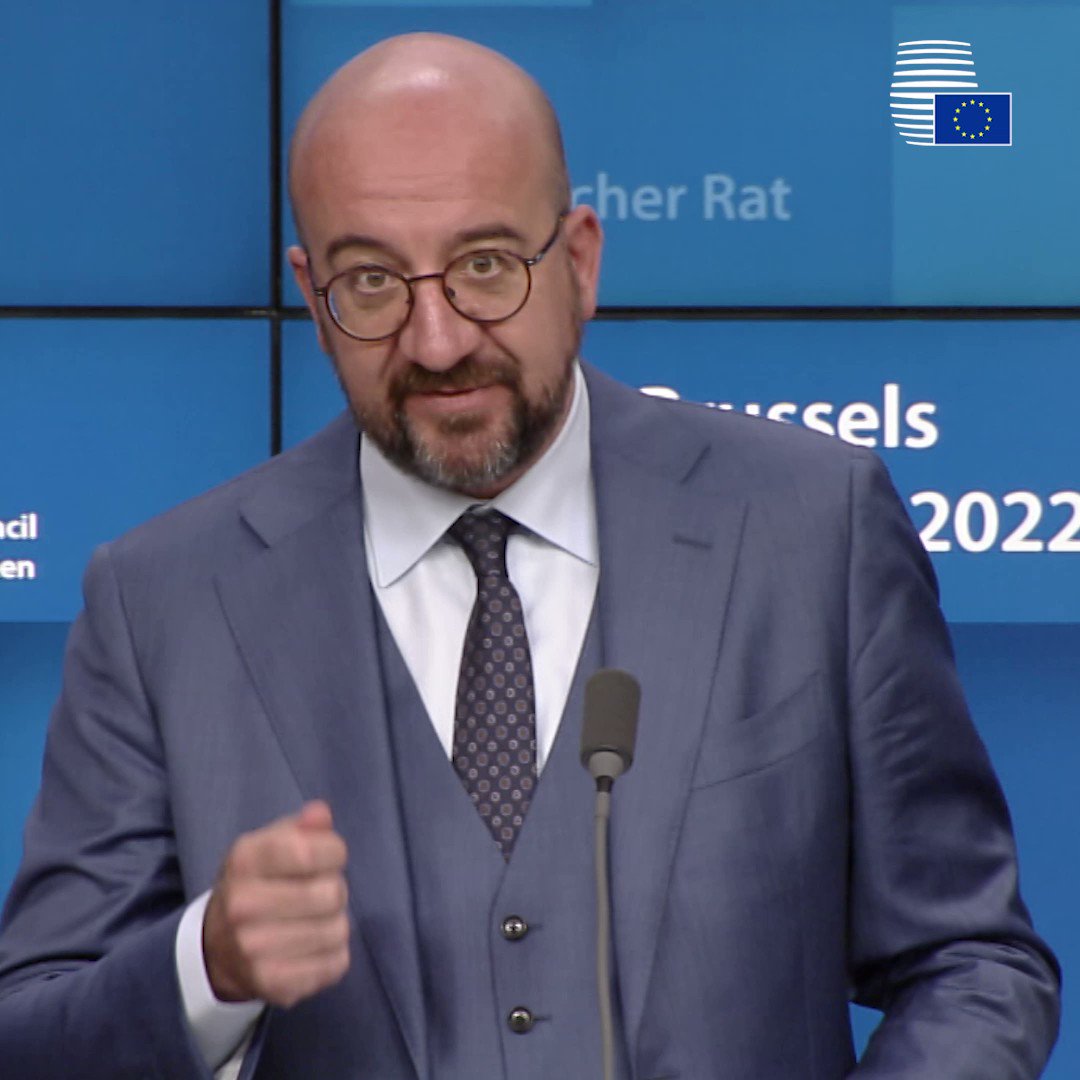 Daniela Nadj
@DanielaNadj
So much for the argument that the EU is going to implode in a few years. It's stronger than ever before and has decided to give Moldova and Ukraine candidate status tonight. That makes the UK look even worse by being outside of the club. Needless to say, the UK must rejoin.
23 Jun, 07:42 PM UTC

@ZuzanaCaputova
I applaud #EUCO for granting candidate status to #Ukraine & #Moldova & giving the European perspective to #Georgia. It’s a result of joint efforts & a historic moment of #EU unity & resolve. Congrats to the people of Ukraine, Moldova & Georgia: our common future lies in the EU.
23 Jun, 06:42 PM UTC

@AndrzejDuda
The European Council decided to grant Ukraine and Moldova the status of EU candidates. Great news! Congratulations! We’ve actively supported UA and MD’s efforts and we rejoice with them! The door to the EU should be open to ambitious societies. Glory to the Defenders of Ukraine!
23 Jun, 09:15 PM UTC

@POLITICOEurope
The EU has granted Ukraine and Moldova candidate status. Here’s an epic Venn diagram showing who’s in, who’s still out - and who’s now on their way into the club. More updates on our live blog: https://t.co/69tKZqyMqS 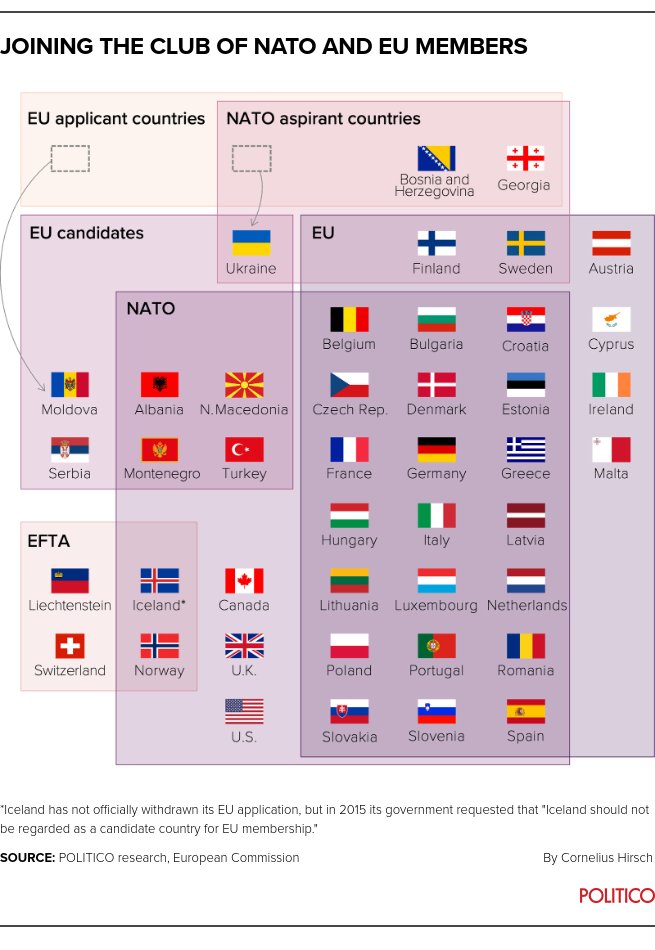 @SamRamani2
The EU has emphasized that the accession path will be merit-based and by the book. Ukraine and Moldova's efforts to illustrate their commitment to anti-corruption and improved governance will be crucial between now and the end of 2022 https://t.co/oJ1bX3uNxv
23 Jun, 10:07 PM UTC

@GovHowardDean
Only idiots think “”Texas is not worth it”. Fastest growth in Texas is cites which are heavily Dem. Eventually even the corruption of the GOP establishment can be overturned by heavy voting. (See Albania and Moldova which are a lot like Texas in terms of political corruption.) https://t.co/siDa81HuhO
24 Jun, 12:48 AM UTC

@krisjaniskarins
Today #EUCO took a historic decision to grant the #EU candidate state status to Ukraine and Moldova. It is the next step in their European dream. We will be side by side with you in the further European integration process - supporting and sharing our experience. 🇺🇦🇲🇩🇪🇺
23 Jun, 06:22 PM UTC