#MorningJoe is trending on Twitter. Popular tweets on #MorningJoe.

Linda Case
@lindacaseauthor
#morningjoe A US President who says, “Get rid of the ballots”, won’t abide by election results, refuses a peaceful transfer of power, & says the courts should decide an election & not the 🇺🇸 ppl, should be immediately removed. Hear me @SpeakerPelosi @HouseDemocrats
24 Sep, 11:19 AM UTC

Jonathan Gaffney
@JGaffneyUSN
Hey - just a quick reminder to the frightened, beaten-down, spineless, gutless Losers still in the White House: 60 people were charged during Watergate, 48 were convicted, and 40 went to prison..... But, hey - don't worry. Trump is behind you 100%. 🤣🤣🤣🤣🤣 #MorningJoe
24 Sep, 11:52 AM UTC

Susie Hopper
@september_gurl
Clearly, money is the ONLY thing that matters in this country...so, all of the settlements paid to victims of police violence and MURDER should come directly from THEIR PENSION FUND & not the taxpayer's money. #MorningJoe #BreonnaTaylorMatters #BreyonnaTaylor 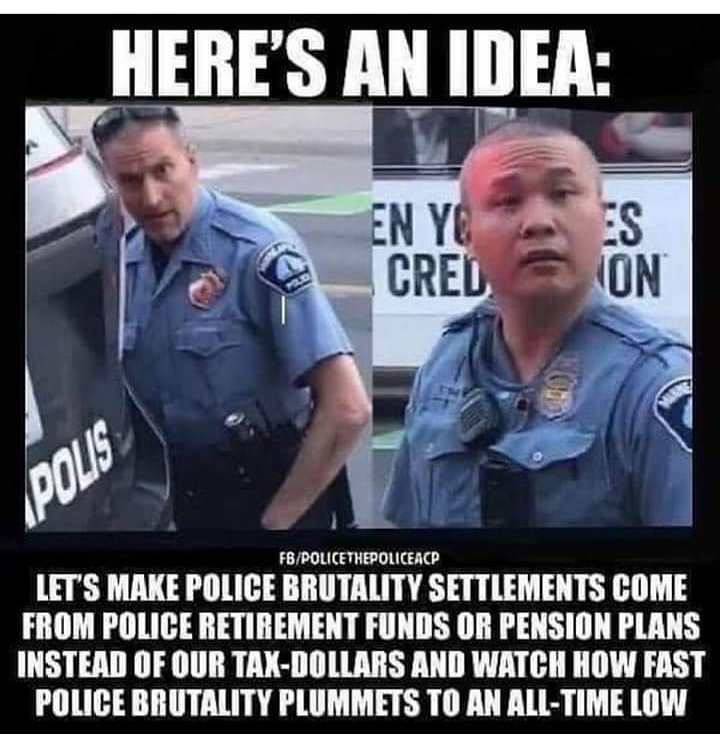 Windmill Life 💨🌊
@krisnfla
#MorningJoe the man has made almost 2 Billion in office. What incentive has he been given TO leave office? He’s promised the GOP unlimited power in exchange for unlimited access to make millions. Put blame where it belongs- on the Republican Party.
24 Sep, 11:15 AM UTC

Lynda Wright
@BroncoBaby10
Yes, Trump most definitely wants to be a dictator, but it's not like the Republican party hasn't had the same tendencies for years. It's pretty much how Mitch McConnell & Republicans have run the Senate since they gained control #MorningJoe
24 Sep, 11:46 AM UTC

Michael O'Grady
@mog7546
‘FIVE-ALARM FIRE’ Trump has said he wants to ram through a new Supreme Court justice to help decide the election in his favor, and the #MorningJoe host was shocked — yet not surprised — that Trump refused to commit to a peaceful transfer of power. #MOG https://t.co/pgfQ6Ctx5V
24 Sep, 12:13 PM UTC

@TheRevAl
None of the police officers involved in the unjust murder of #BreonnaTaylor in Louisville, Kentucky have been charged, one officer has only been indicted for endangering neighbors. #MorningJoe 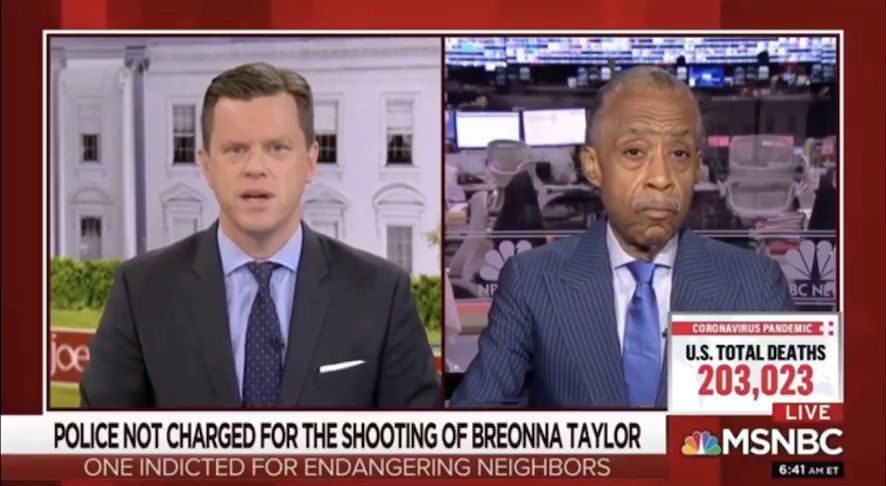 @TheRevAl
Donald Trump refuses to commit to a peaceful transfer of power, I am live on MSNBC’s #MorningJoe sharing my thoughts. 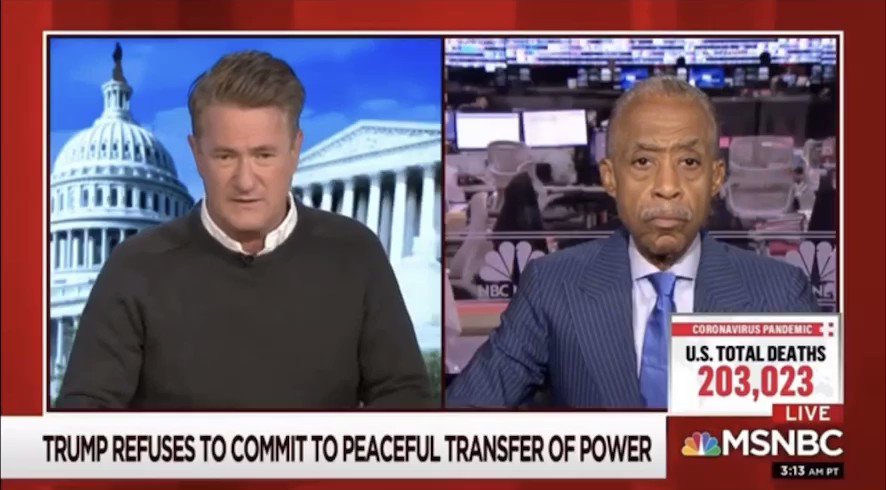 Linda Case
@lindacaseauthor
#morningjoe Keep your wits about u, Folks. We’re in 4 a bumpy ride starting in 6wks & we have 2B mentally prepared. First & foremost NOW, is to #PlanYourVote so it’s counted & spread the word to others to do the same. Scary as it is, this is our LAST chance to save our democracy. https://t.co/AhCtKMg46Q
24 Sep, 11:29 AM UTC

The Good Life
@ArticSun1
“The president is engaging in psychological warfare against the American people — as tinpot dictators do” — Tom Nichols #MorningJoe
24 Sep, 11:43 AM UTC

JakeEdwards
@JakeMadtown
Today would be a good day for #WallStreet to plummet, with financial execs pointing to Trump's threat not to leave office if he loses. That's the one way the GOP will speak up against this garbage. If the market starts tanking due to instability. #wiunion #MorningJoe #Resist
24 Sep, 12:29 PM UTC

DelightfulDiva
@Kalaax008
Experts who are well acquainted with how a democracy slips away say there is a five alarm fire going on right now in our country the question is what will we do to save our democracy!!! #MorningJoe
24 Sep, 01:12 PM UTC

🇺🇸🌊🌊David🌊🌊🇺🇸
@DaveHAnderson
I know I made this months ago and many of my followers have seen it. But, It is more relevant today more than ever. #DictatorTrump Biden 2020 VOTE IN PERSON Anarchists #MorningJoe #VoteBlueToEndThisNightmare #Vote #VoteEarly #Biden https://t.co/qX0S2WrQBD
24 Sep, 02:17 PM UTC

Republican Swine
@RepublicanSwine
#DictatorTrump #MorningJoe JHC..CBSN had on a cult specialist that follows these growing online cults & movements. This #QAnon cult is one of the fastest growing online. & I thought flat-earthers & moon landing conspiracists, that knocked on my door in the late 70's were nuts.
24 Sep, 04:38 PM UTC