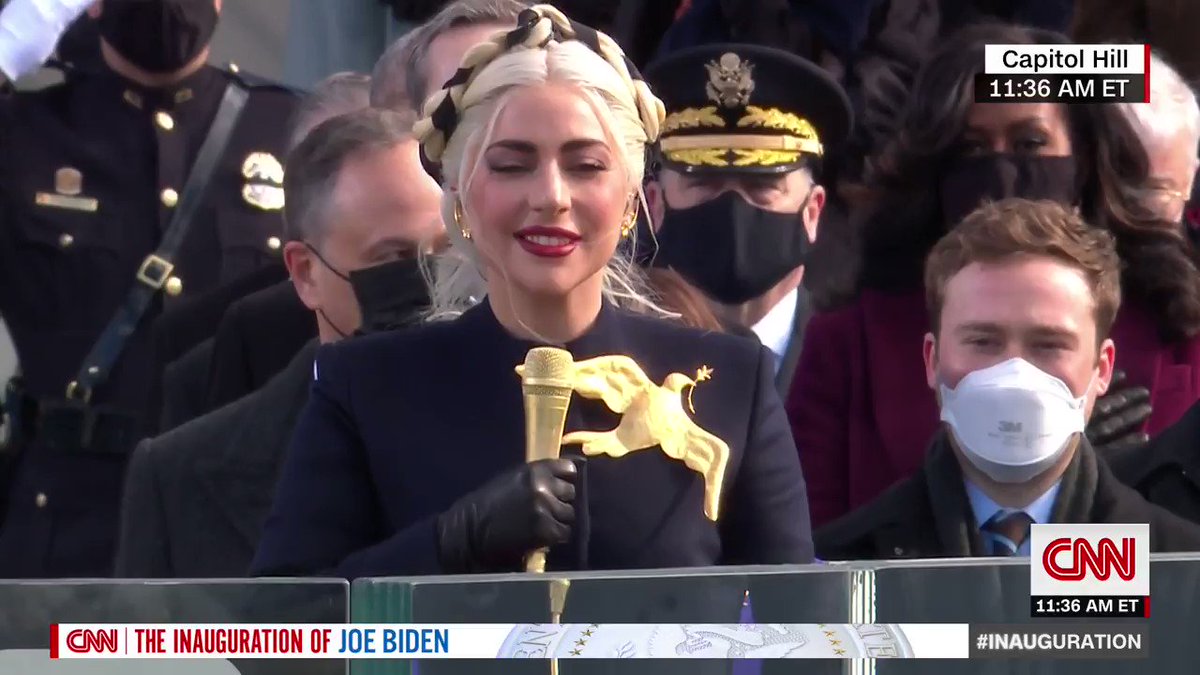 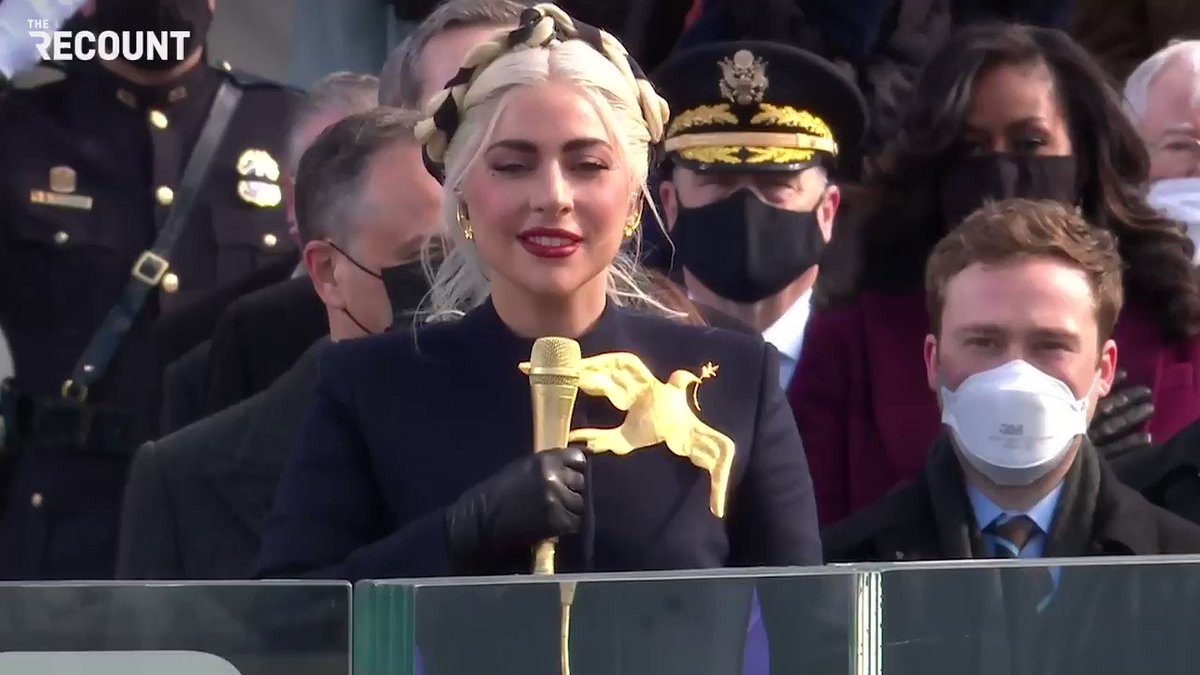 @sbstryker
Lady Gaga grabbing a golden mic to sing the national anthem in front of Mike Pence... yeah I’m printing and framing this 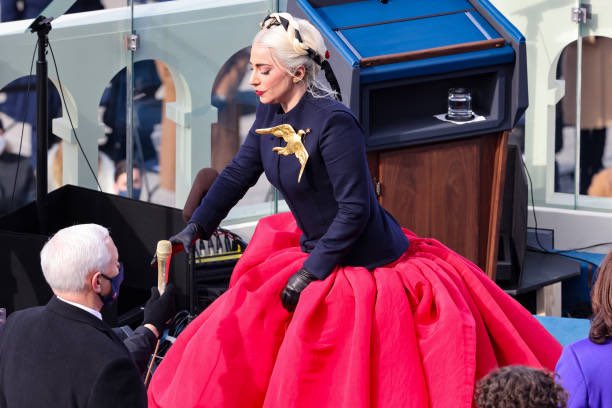 Alert
@GagasAlerts
Nobody: Lady Gaga arriving at Capitol to sing the National Anthem: 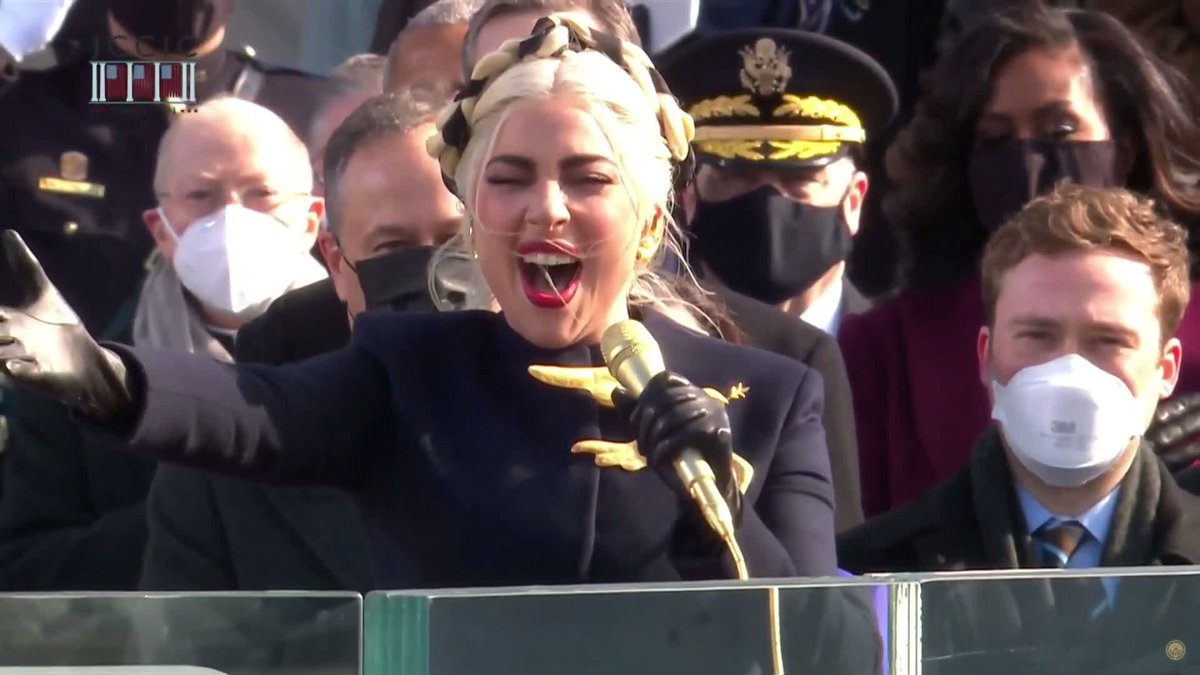 @RadioFreeTom
I was totally prepared not to like this version of the national anthem and now I’m feeling like it’s a little dusty in here and my allergies are acting up
20 Jan, 04:38 PM UTC

@BBCWorld
Lady Gaga sings the US national anthem at the inauguration ceremony for Joe Biden and Kamala Harris https://t.co/rkHtZRRNH2 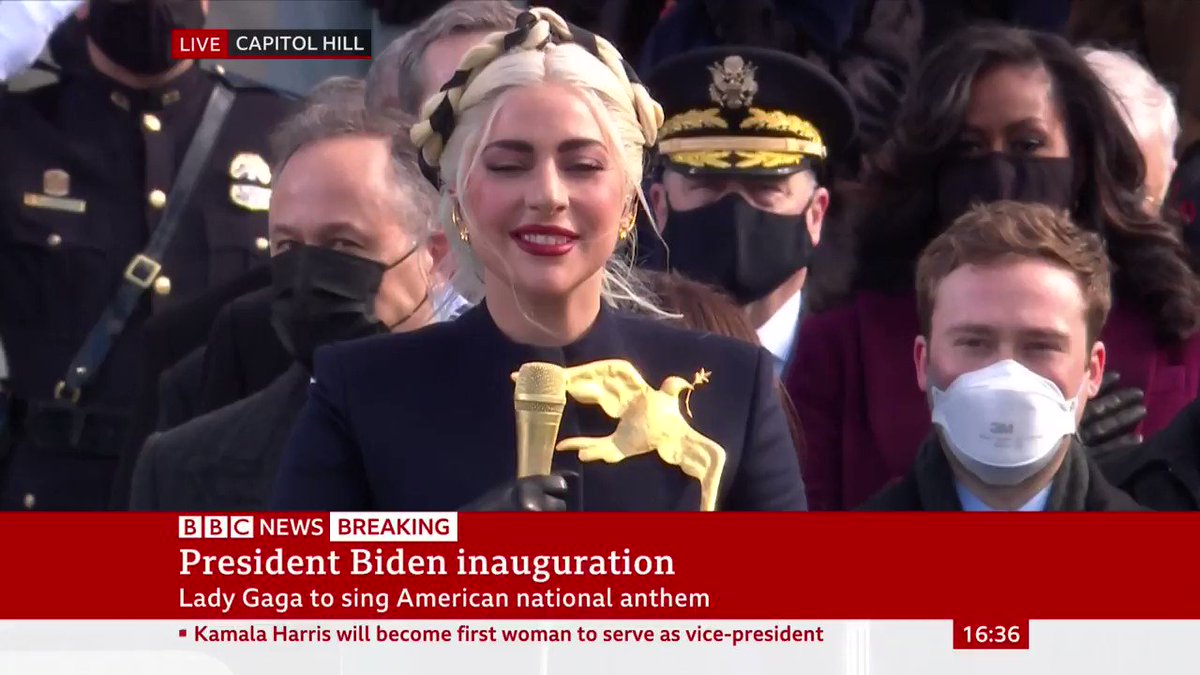 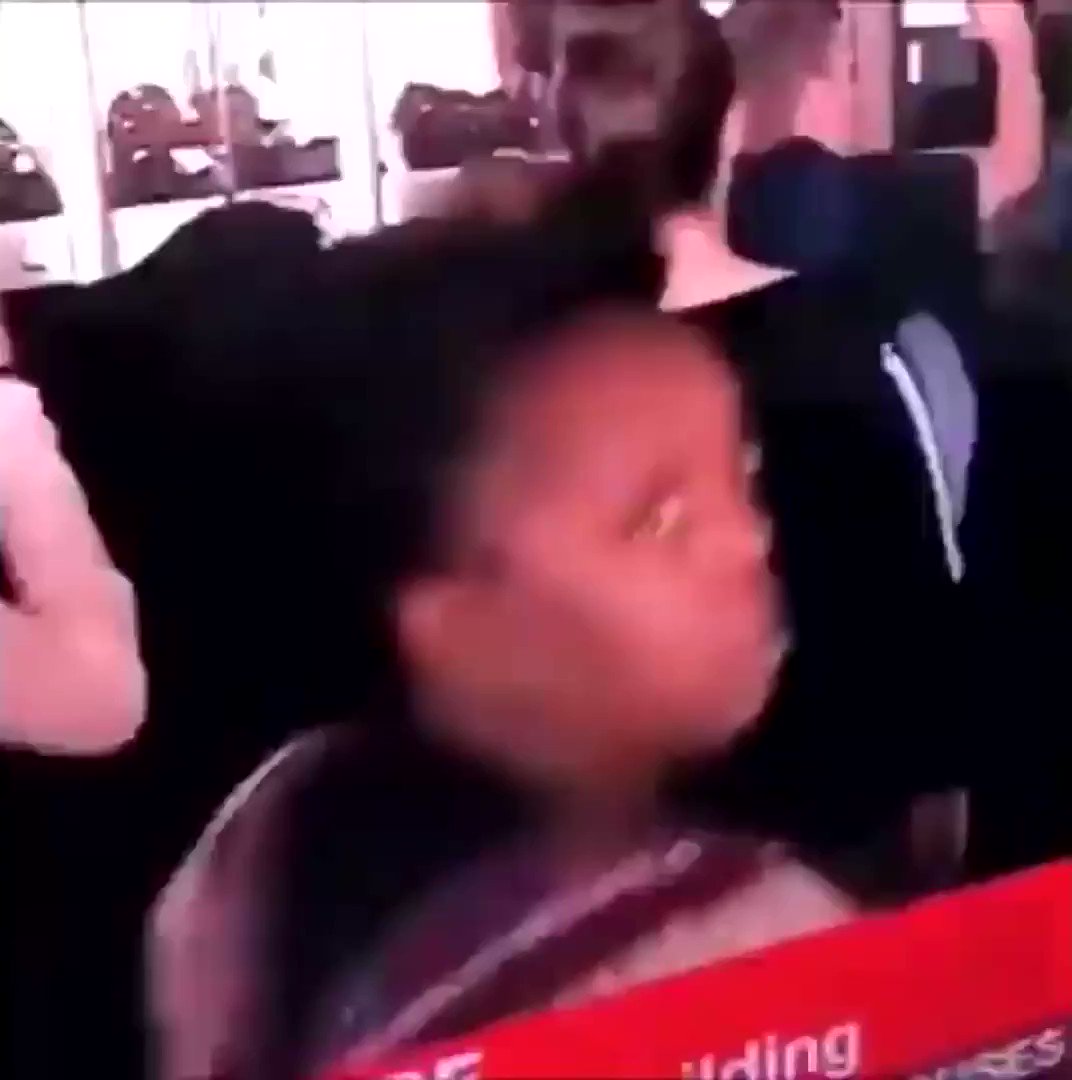 @BidenInaugural
The National Anthem has never sounded better 🎵 Thank you @LadyGaga for that wonderful performance! #InaugurationDay 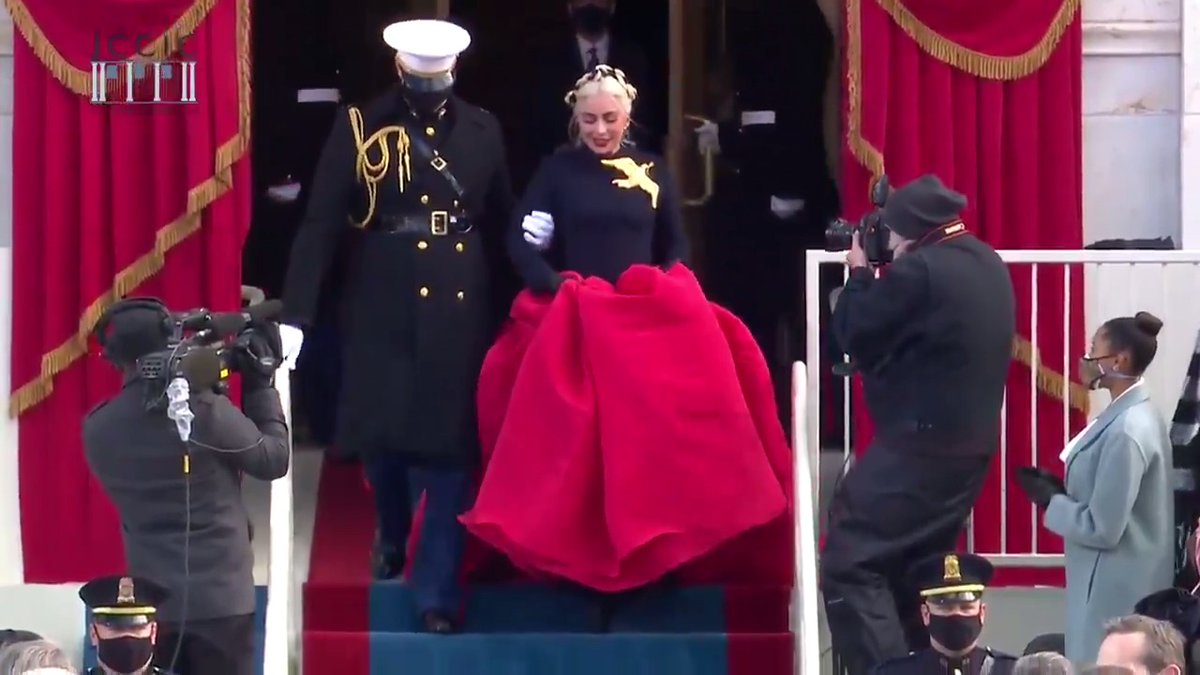 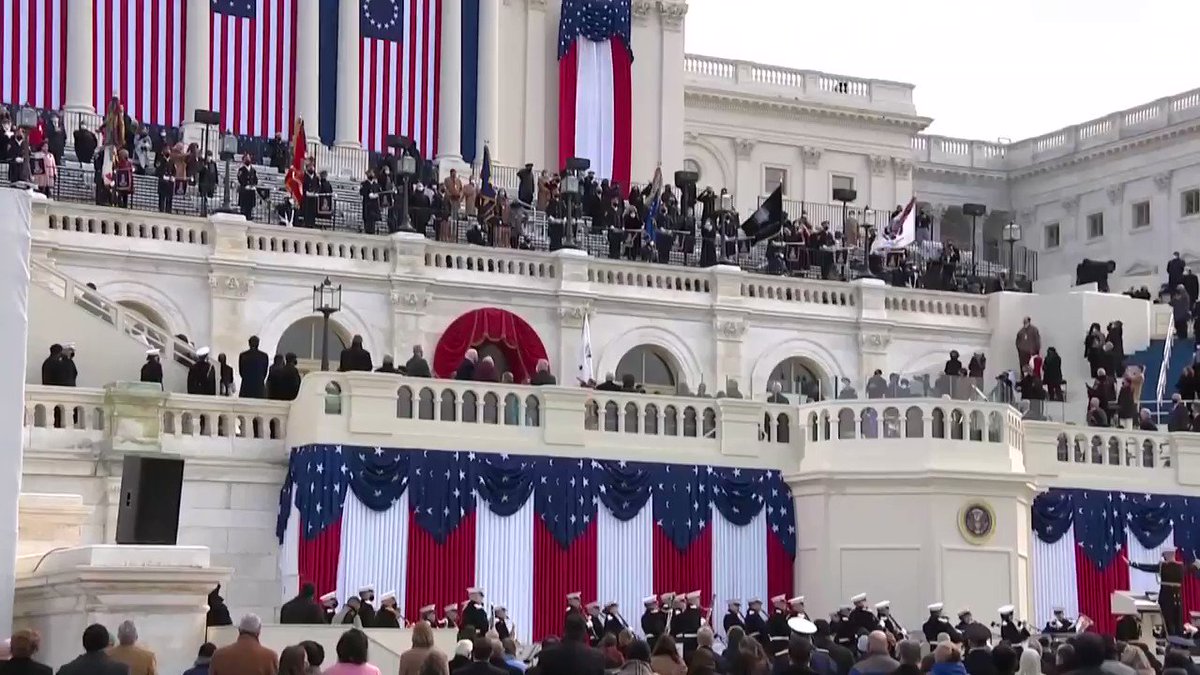 @fkabudu
Exactly months since people singing the national anthem and waving their flags were attacked in Lekki. We haven't forgotten
20 Jan, 09:27 PM UTC 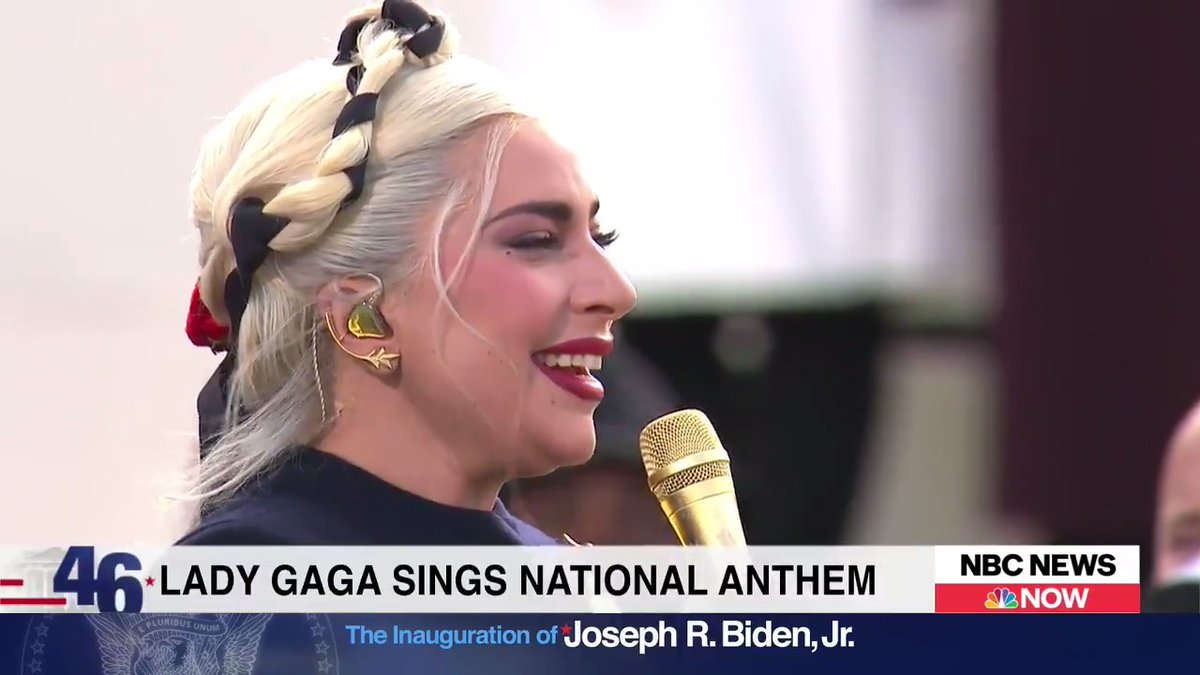 almond joy division
@BNick
"DC's hottest new club is called '46,' and this place has EVERYTHING: Dior 1s, your Grandpa from Vermont in mittens made from plastic bottles, and someone snapping Gaga through the national anthem!" https://t.co/D88q68IE2P
20 Jan, 06:12 PM UTC

@benjpasek
This is the most musical theatre performance of the national anthem I’ve ever seen. Forward placement. Objectives. Tactics. Random pauses for dramatic effect. She is getting her BFA today, and America won’t stop her.
20 Jan, 04:39 PM UTC

@natsechobbyist
Why, yes, we all stood in our living room for the invocation, national anthem, pledge of allegiance while we we followed along.
20 Jan, 04:41 PM UTC

pihla
@partynauseoush
the look she gave mike pence before singing the national anthem, what a moment

@billboard
Lady Gaga delivered a stunning performance of the National Anthem at the Biden-Harris Inauguration. #BillboardNews 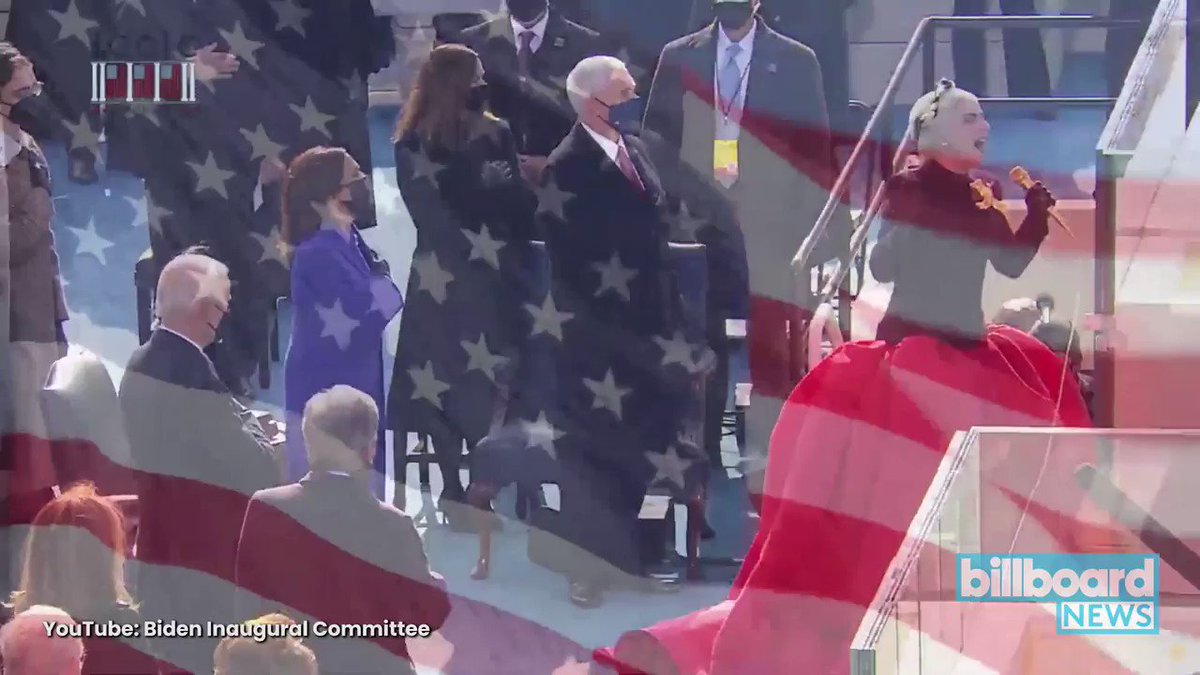 @JCCIC
.@LadyGaga, accompanied by the @MarineBand, performs our National Anthem. 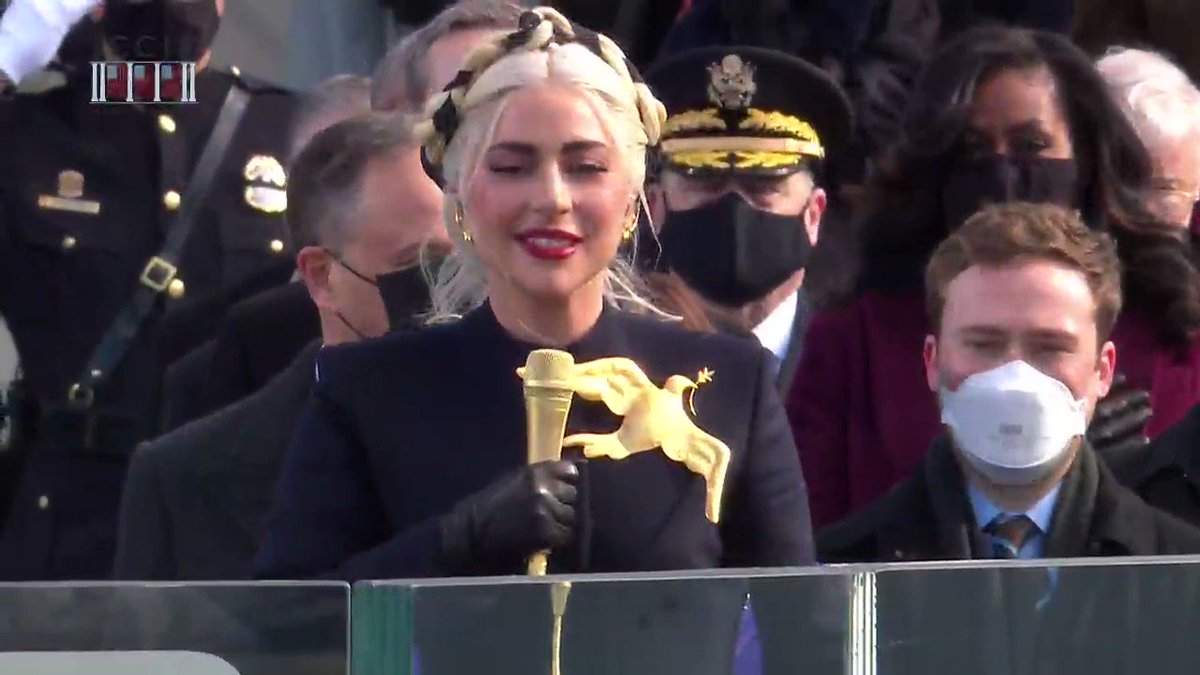 maya
@allmychampagne
THINKING ABOUT HOW OBAMA GOT BEYONCE TO SING THE NATIONAL ANTHEM AND BIDEN GOT GAGA BUT TRUMP HAD THE RUNNER UP OF AMERICA'S GOT TALENT LKFDJASDKFJAKLSDFJ
20 Jan, 04:31 PM UTC

@MaxBoot
Just wrote: The national anthem has seldom resonated as much as it did when Lady Gaga emphasized the words “our flag was still there” and pointed to the flag on the Capitol, which had been attacked just a fortnight earlier. In @PostOpinions: https://t.co/cEORjnt81p https://t.co/UtsUCBVT3F
21 Jan, 12:26 AM UTC