Navalny is trending on Twitter. Popular tweets on Navalny.

@JenniferJJacobs
I yelled to Putin why do you fear navalny so much. Putin heard me and didn’t answer. Biden flashed me a big toothy grin. 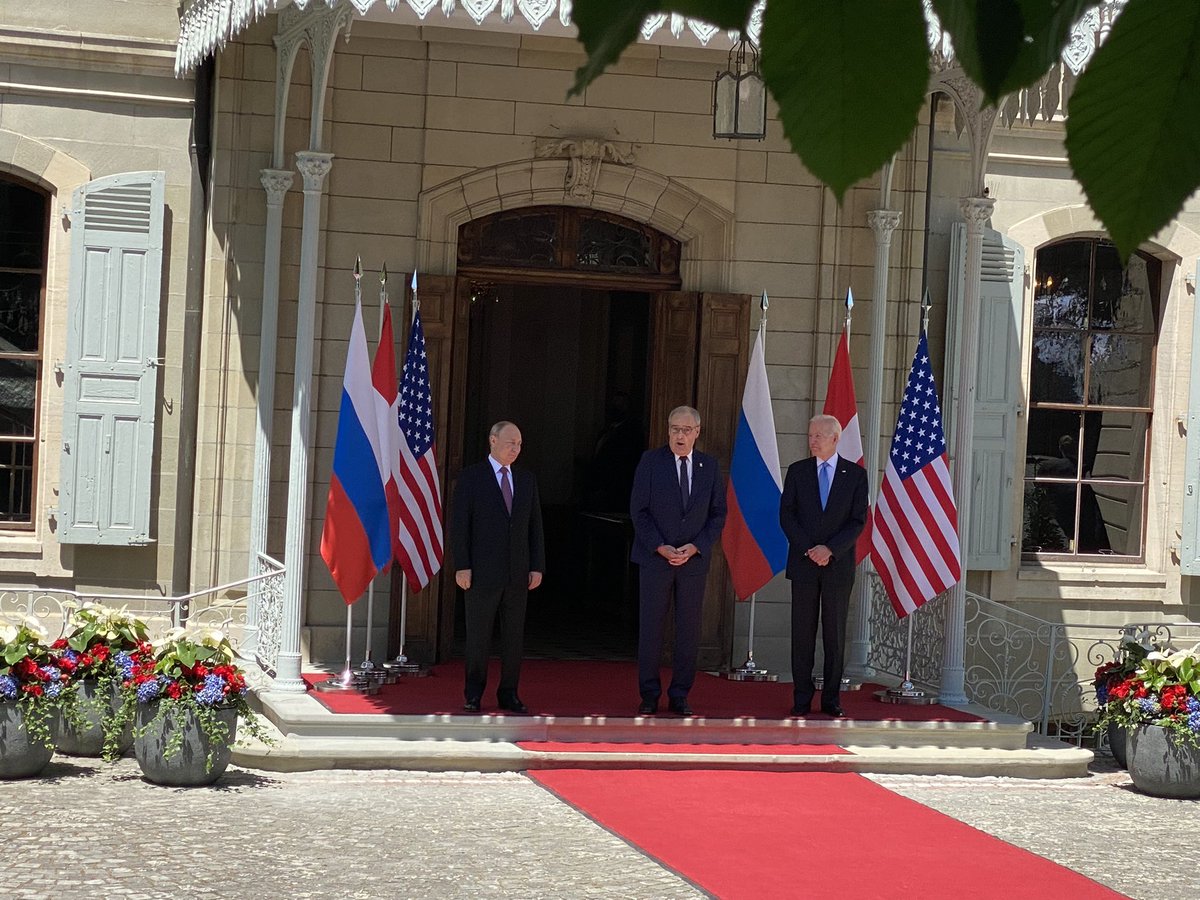 @kylegriffin1
President Biden says he told Putin that if Alexey Navalny dies or is killed, "the consequences of that would be devastating for Russia."
16 Jun, 05:38 PM UTC

@ABC
.@ABC News' @rachelvscott to Russian Pres. Putin: "The list of your political opponents who are dead, imprisoned or jailed is long...and you have now prevented anyone who supports [Alexey Navalny] to run for office. "So my question is, Mr. President: what are you so afraid of?" 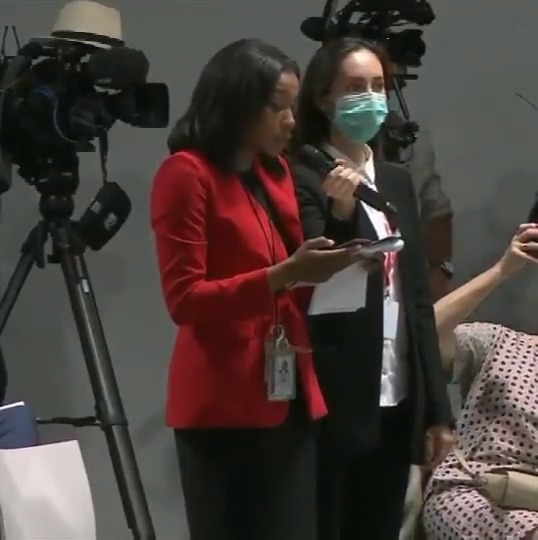 @McFaul
I find Putins false equivalency between the violent insurrectionists who attacked the US Capitol and Navalny‘ s peaceful anti-corruption organization to be really offensive.
16 Jun, 04:22 PM UTC

@Yamiche
.@JonLemire to President Putin: Why do you fear Navalny? And, what would you do if Ukraine joined NATO? President Putin looked at him but didn’t respond.
16 Jun, 11:52 AM UTC

@mmpadellan
Either my Russian gaslighting translator is totally broken, or any time a reporter asks about Navalny, Putin says "what about the US?" He's not answering the question.
16 Jun, 04:20 PM UTC

@davidmweissman
Much like Republicans, Vladimir Putin does not give straight forward answers. #Navalny
16 Jun, 04:36 PM UTC 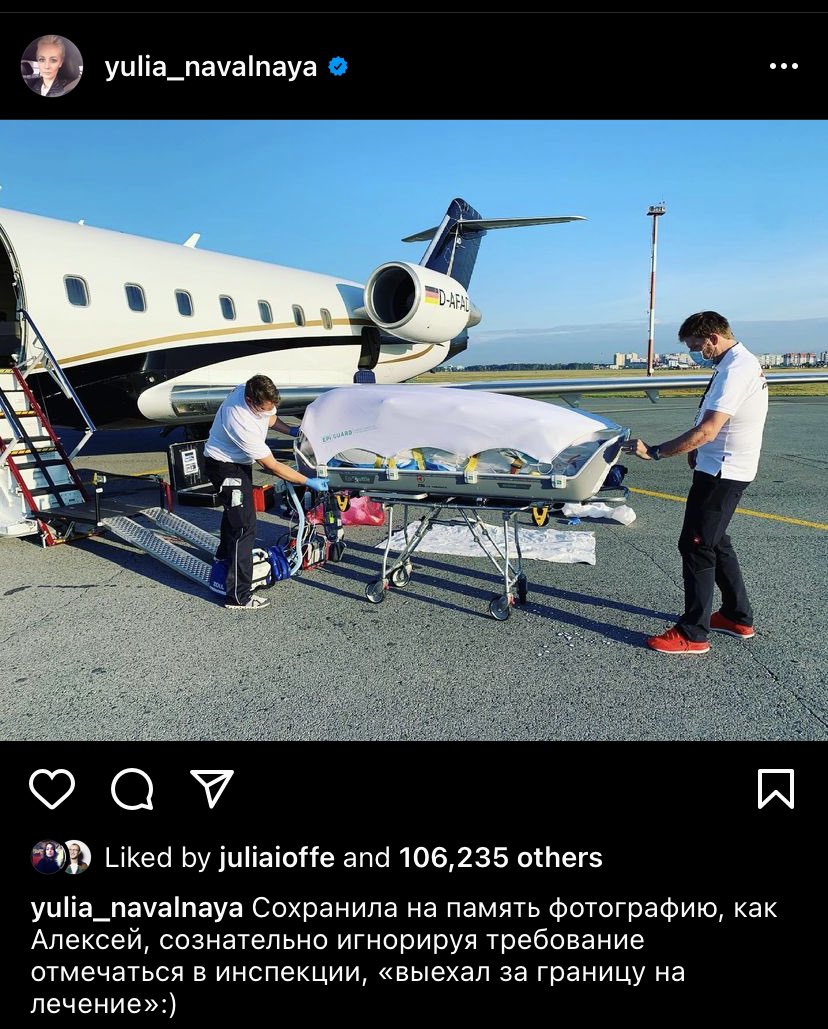 @atrupar
Biden mentions Navalny, then says "we'll continue to raise issue of fundamental human rights, because that's what we are. That's who we are ... We haven't lived up to it completely, but we've always widened the arc." 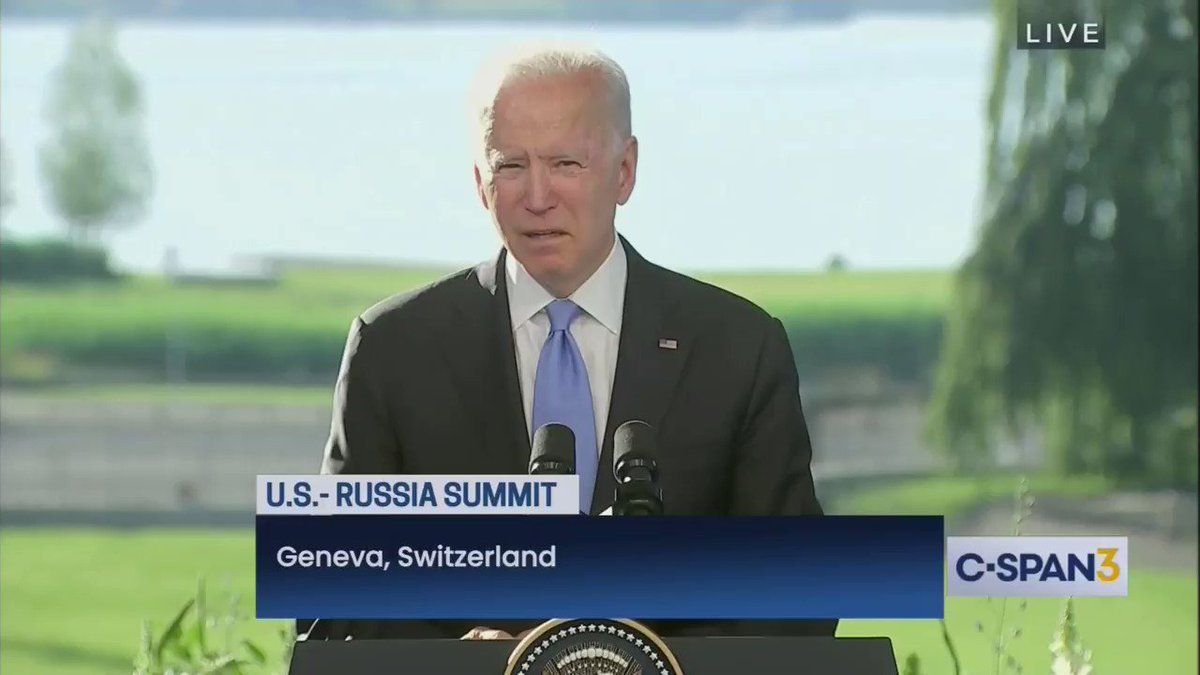 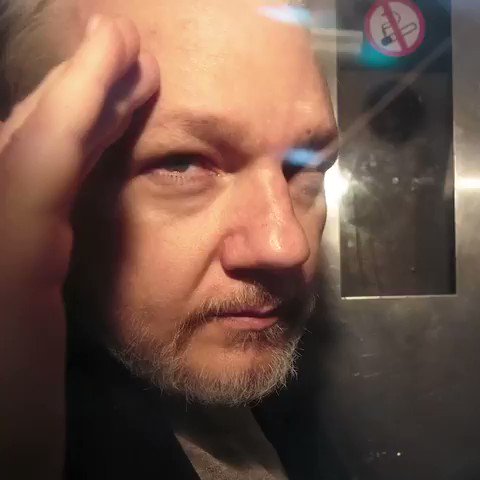 @BeschlossDC
Biden tells @JonLemire that if Navalny dies, "I made it clear to him that I believe the consequences of that would be devastating for Russia."
16 Jun, 05:36 PM UTC

@KimDotcom
The question that no US journalist asked @joebiden in Geneva today: “Why does the US government fear Julian Assange so much and why is telling the truth about war crimes and corruption now a criminal act?” But they didn’t hesitate to ask Putin about the persecution of Navalny.
16 Jun, 01:35 PM UTC

@ItsMutai
In Geneva today everyone was eager to ask Russian President Putin about the persecution of Navalny, the Russian opposition figure but no journalist had the guts to ask US President Biden about the US Persecution of Julian Assange. Julian told the truth and he has been in jail!
16 Jun, 02:14 PM UTC

@atrupar
Asked what will happen if Navalny dies, Biden says, "I made it clear to [Putin] that the consequences of that would be devastating for Russia ... it's about trust. It's about the ability to influence other nations in a positive way." 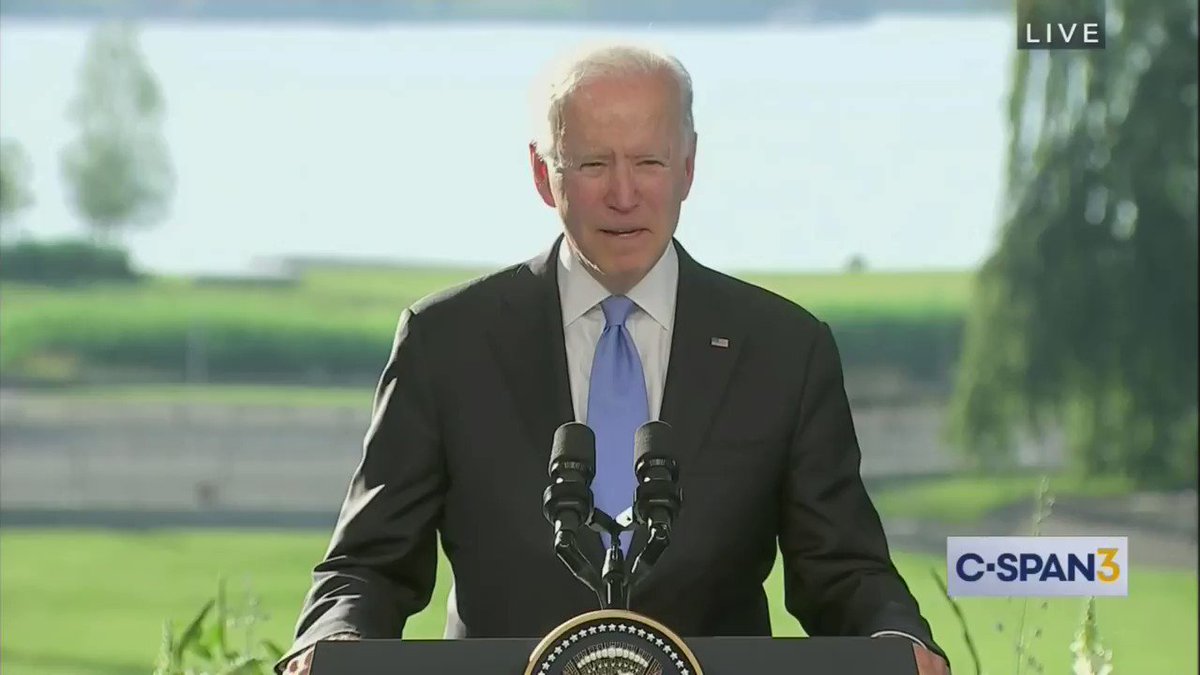 Olga Lautman
@OlgaNYC1211
The only one breaking the law is putin. He tried to have Navalny killed and when that failed he jailed him and labeled his organization extremist. Putin removes all opposition
16 Jun, 04:49 PM UTC

@mitchellreports
Putin brought up Guantanamo Iraq war Afghanistan George Floyd and Jan 6 protests in US, defended imprisoning Navalny saying he broke the law by going to Germany (he was medically evacuated after CIA says Kremlin tried to kill him
16 Jun, 04:52 PM UTC

@EliStokols
Biden says he informed Putin, if Navalny dies or is killed, "the consequence of that would be devastating for Russia."
16 Jun, 05:34 PM UTC

Anonymous
@YourAnonCentral
Journalist Rachel Scott @rachelvscott asked #Russia's President #Putin: “The list of your political opponents who are dead, imprisoned, or jailed is long…what are you so afraid of?” The answer? Alexey #Navalny. ⬇️📢 https://t.co/ooKcXE90RB
16 Jun, 06:22 PM UTC

ChattJazz
@ChattJazz
.@B52Malmet .@glennkirschner2 .@MalcolmNance Putin tried to draw similarities between Alexei Navalny's fight for democracy in Russia with the Insurrectionists fight against democracy in America. It is not one and the same. Someone should tell Fox Propaganda network that.
16 Jun, 07:24 PM UTC

@cnni
US President Biden said he warned Russian President Vladimir Putin of consequences if jailed Russian opposition leader Alexey Navalny were to die in prison, though he declined to specify which actions he would take https://t.co/sijVzVjd4J
16 Jun, 11:50 PM UTC

Rick Petree
@RickPetree
This is the kind of thing that, once said, cannot be unsaid. A serious marker. And serious supportfor Navalny. Proud of our President. https://t.co/xcC6h4inI6
17 Jun, 02:27 AM UTC