Netherlands is trending on Twitter. Popular tweets on Netherlands.

@qikipedia
The city of Den Bosch in the Netherlands is home to some unusual homes - the "bolwoningen" (literally bulb houses) were an experimental housing project that are still occupied today. 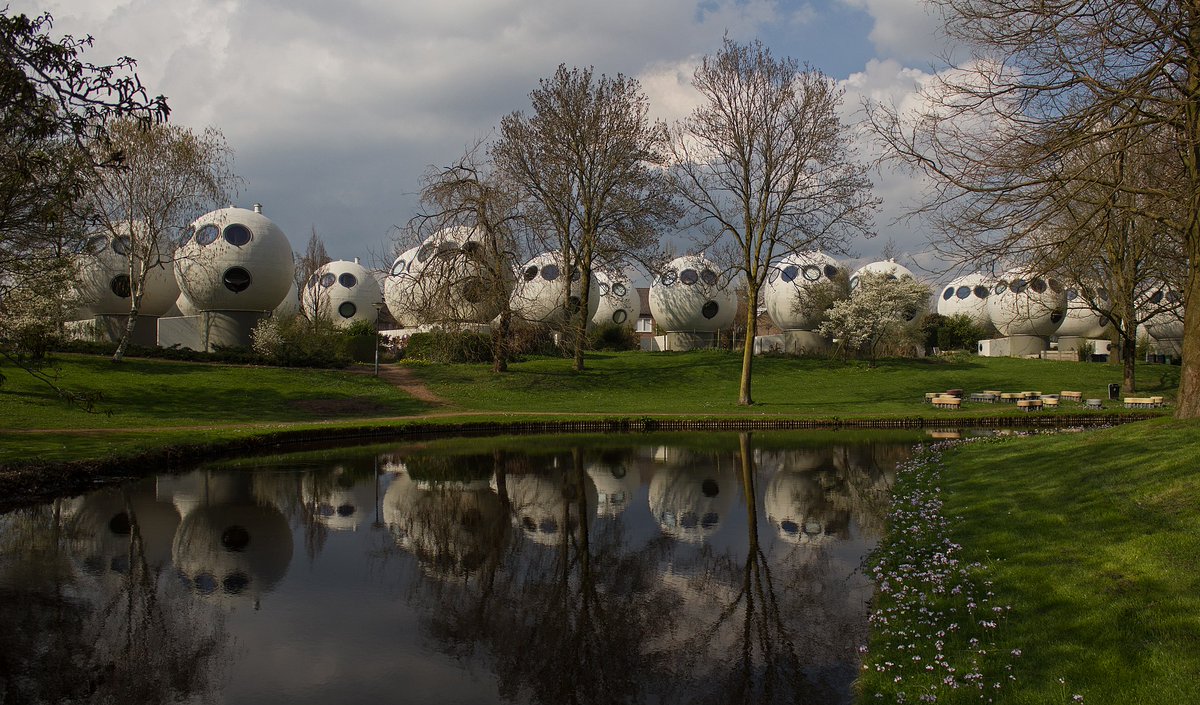 SIMOTION
@simotional
I hope the next world we get is something outside the box. Possibly Inspired by the Netherlands? #TheSims #Sims4 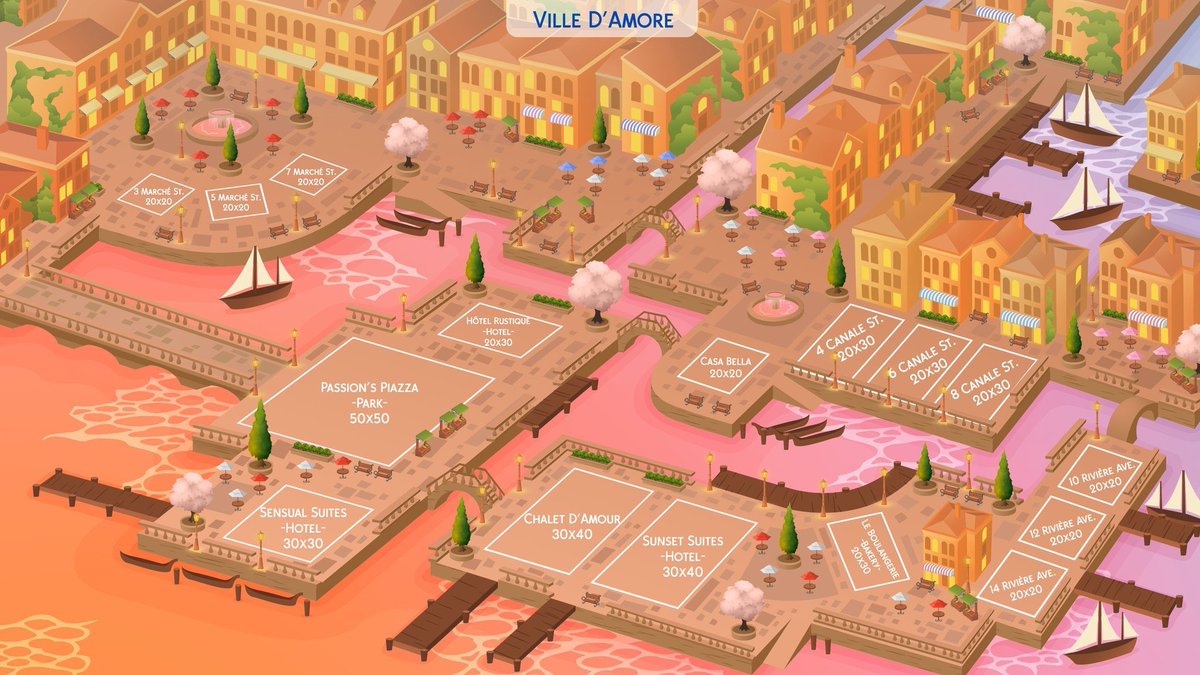 Rosie
@DaisyAdeleleo
Bars, restaurants opening up in France, Italy and the Netherlands next weekend . They’ve had enough! It is catching on in England but slowly! Who would support the pubs and restaurants if they opened up? I would be first in the queue! Now let’s RT t
24 Jan, 10:24 PM UTC

Hanan Shamoun 🎗🇸🇾
@HananShamounNL
This is the Netherlands today. A demonstration against #Lockdownnl . What if this scene was from yesterday's #Navalny Rally in Moscow, #Russia ? 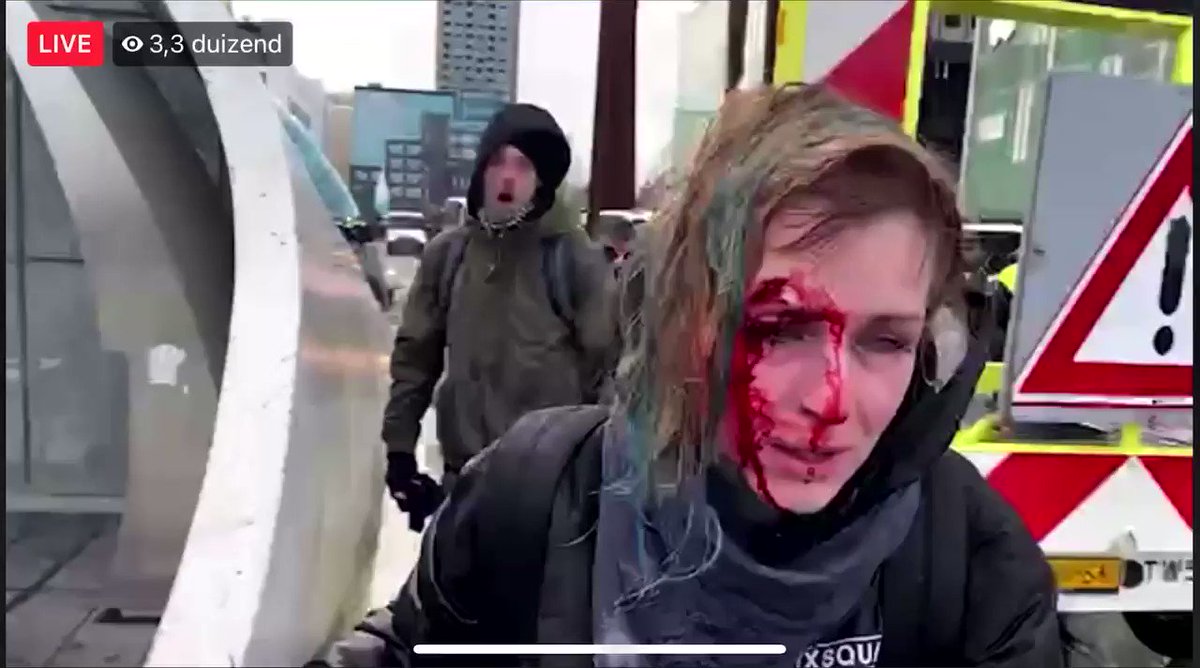 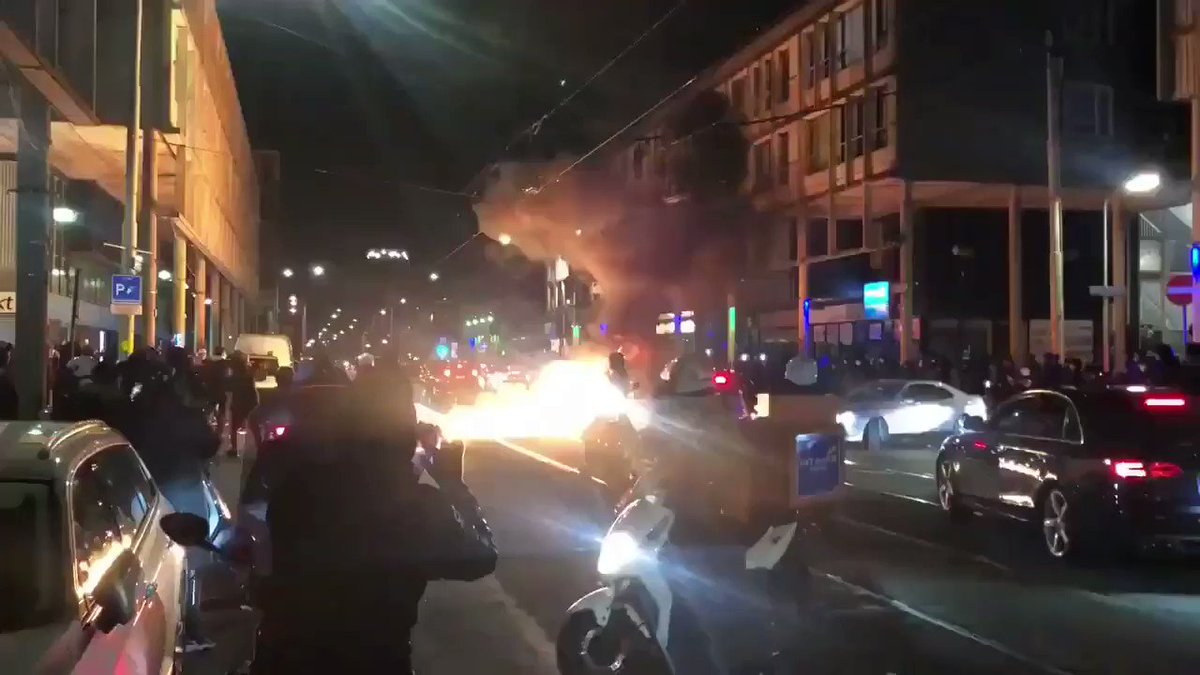 Sangar Paykhar | سنګر پیکار
@paykhar
Typical for the Netherlands. Rioter in #Eindhoven puts bicycle back because the owner shouts at him from a balcony. https://t.co/ntxjhSiRkH
24 Jan, 04:48 PM UTC

Rosie
@DaisyAdeleleo
I can feel an uprising soon if these lockdowns continue throughout the year! Already happening in Netherlands and parts of France!
24 Jan, 07:09 PM UTC

@maxfawcett
My other favourite thing about this "poll" is that all of these countries have large sales taxes/VATs. Netherlands: 21 percent Israel: 16 percent South Korea: 10 percent Singapore: 7 percent But sure, Wexiteers, please consider joining them. https://t.co/6I4Gg2sg4o
24 Jan, 08:56 PM UTC

Arkadiusz Mularczyk
@arekmularczyk
I am concerned about the rule of law in the Netherlands.
24 Jan, 09:01 PM UTC

Karim Cordilia
@CordiliaKarim
Due to COVID I lost my job as an iOS Dev... Back to polishing my resume and starting from the beginning again.. Looking for a job in the Netherlands.
24 Jan, 08:10 AM UTC

Mirthe🐺
@ohmynorris
Okay so i have seen a lot of people asking what exactly is going on in the netherlands. So hereby a short explanation. #rellen #avondklok #coronaprotest
24 Jan, 10:19 PM UTC 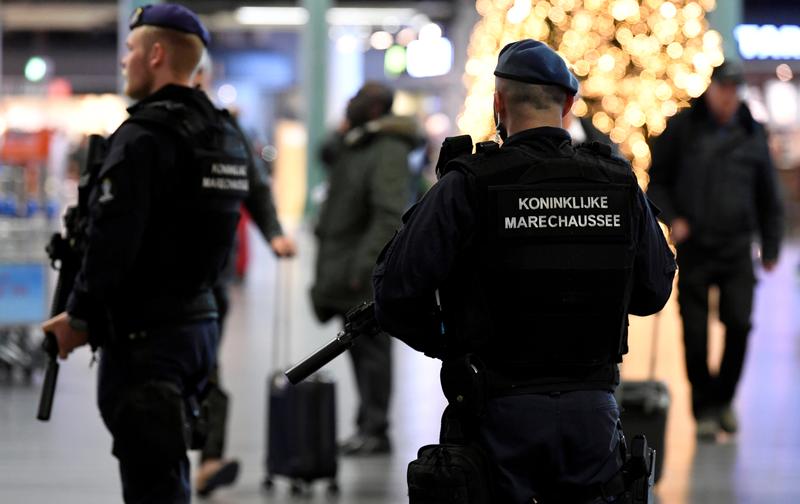 @RT_com
The Netherlands has endured its first night of curfew imposed in a bid to halt the spread of #COVID19. The restriction was broken at multiple locations with things getting particularly hot in Urk https://t.co/6XTtWQMm0I 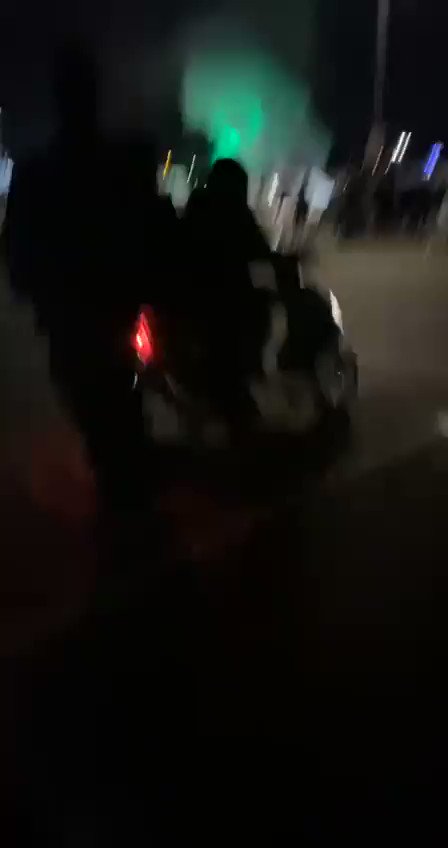 @annaholligan
If you managed to switch off the news over the weekend, congrats. Here’s what’s been happening in the Netherlands. More on @BBCr4today #COVID 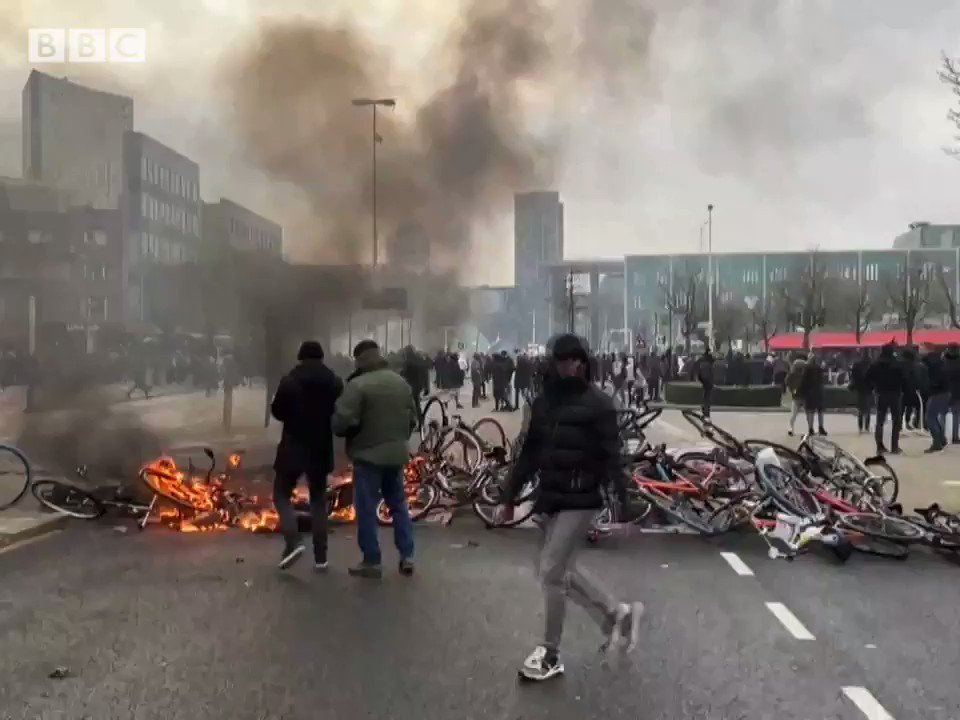 PanEuropeanMovement
@EuropeanPan
The #Netherlands is rocked by the largest riots in decades across multiple cities & villages, by both native lowlife hooligans as well as immigrant background thugs, after a national pandemic curfew (20:30-04:20) takes effect. Video via @ThijsH16 https://t.co/ffpYjfy3oq
25 Jan, 12:01 AM UTC

@AFP
Clashes broke out in the Netherlands on Sunday as anti-curfew demonstrators protested against coronavirus restrictions, while France imposed new border controls with numerous countries under pressure to slow the spread of new variants https://t.co/hZPlD7cpvp
24 Jan, 10:15 PM UTC

@AFP
Border restrictions are being tightened around the world in the face of an unrelenting coronavirus threat, after a weekend in which anger at virus restrictions bubbled over into fiery clashes in the Netherlands https://t.co/ee63uHzspx 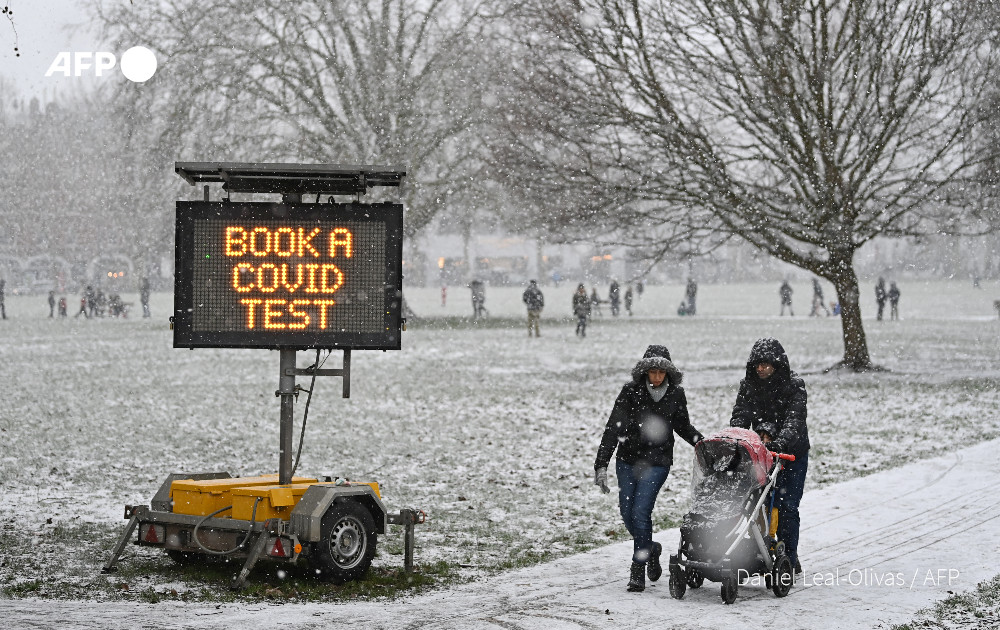 Containment Now! #zeroCOVID
@ContainmentNow
After a heady day full of violence across the Netherlands by #Covidiots and far right extremists, they are now attacking a hospital. A hospital. https://t.co/jAyE2ZRwoq
24 Jan, 10:03 PM UTC

@TorontoStar
A former Toronto resident and alleged drug kingpin dubbed “Asia’s El Chapo” faces extradition to Australia after he was arrested in the Netherlands while trying to fly to Canada. https://t.co/VQPlwbSulL
24 Jan, 06:00 PM UTC

Rocks
@naikrakesh
Police action in Eindhoven, Netherlands while anti lockdown protests leads to arson and mayhem. Despite being a tiny, rich country, with well trained and equipped police force the mayhem is for all to see. Imagine how a massive country like India handled the lockdown. https://t.co/wQCj5qv2LN
25 Jan, 04:10 AM UTC

@trtworld
Anti-lockdown protests turned into riots in the Netherlands, prompting police to use tear gas, water cannons and dogs to disperse thousands https://t.co/y5F3yDmW0l
25 Jan, 03:30 AM UTC