@PalmerReport
Alex Jones is going utterly berserk tonight because now that the Oath Keepers leadership has been arrested for January 6th seditious conspiracy, Jones is on the next rung up of people to get arrested.
14 Jan, 11:36 PM UTC

🖕🏻Aunt Crabby Calls Bullshit 🖕🏻
@DearAuntCrabby
Legitimate Question: Where are the Oath Keepers and other subversive organizations getting the money to buy all the weapons and ammunition they have been stockpiling?
14 Jan, 03:48 PM UTC

@danielsgoldman
I have a feeling Roger Stone is going to be a key figure in this investigation. Oath Keepers served as his “security” on Jan 5/6, and he had plenty of connections in Congress and the White House, as we know from his grotesque pardon. https://t.co/1bgIjLZoZa
14 Jan, 10:03 PM UTC

@OccupyDemocrats
BREAKING: The lawyer of the Oath Keepers’ leader reveals that the group’s planning for January 6 “was based on the idea” that “Trump was going to activate them as his militia under the Insurrection Act.” RT IF YOU THINK THAT TRUMP MUST ALSO BE CHARGED WITH SEDITIOUS CONSPIRACY!
14 Jan, 11:53 PM UTC

Antonio Serrata
@tonyserrata
WHY IS THE TV MEDIA OVERLOOKING THE FACT THAT STEWART RHODES WAS A RON PAUL CONGRESSIONAL STAFFER?! They're going over his whole life but omit THAT. https://t.co/xAFfB1OO9l
14 Jan, 05:09 PM UTC

@NewDay
The DOJ charged the Oath Keepers leader, Stewart Rhodes, with 'seditious conspiracy' related to Jan. 6 riot. The group's planning "was about their fanciful idea that ... Trump was going to activate them as a militia under the insurrection act," says his attorney Jon Moseley. 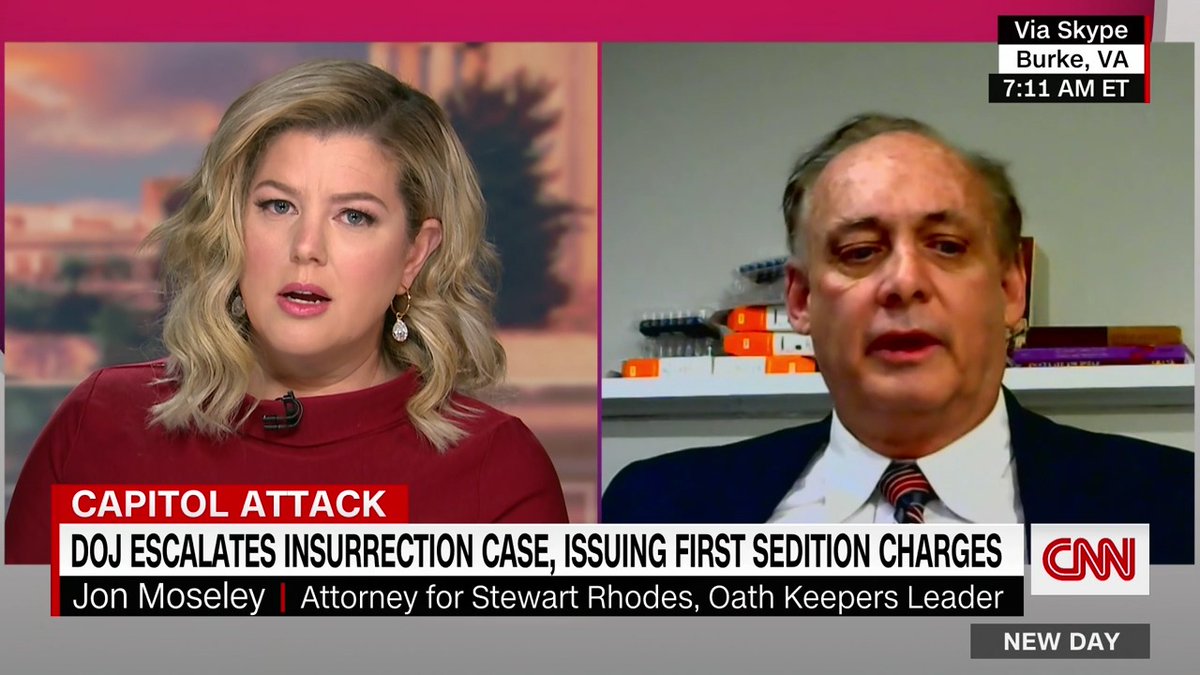 Really American 🇺🇸
@ReallyAmerican1
Whose oath were the Oath Keepers keeping if it meant that they were to betray America? Disgraceful.
14 Jan, 05:05 PM UTC

@harrylitman
How would DOJ have gotten the goods on the oath keepers to charge seditious conspiracy? 2 ways: 1) emails and texts, some decoded; 2) insider cooperators, turned by prospect of 20 year sentence. Still looking forward to joining @NicolleDWallace on @DeadlineWH but now it's 4:20 ET
14 Jan, 08:02 PM UTC

Jamaaladeen Tacuma
@Tacumasong
I recall someone saying to Oath Keepers and Proud Boys “Stand back and Stand by” on national TV . https://t.co/r5hWmyup0l
14 Jan, 02:10 PM UTC

@ProjectLincoln
If you can charge the leader of the Oath Keepers with sedition, you sure as hell should charge Steve Bannon. @TheRickWilson and @TaraSetmayer make the case on the latest episode of LPTV’s The Breakdown: https://t.co/ylcPrw8nER 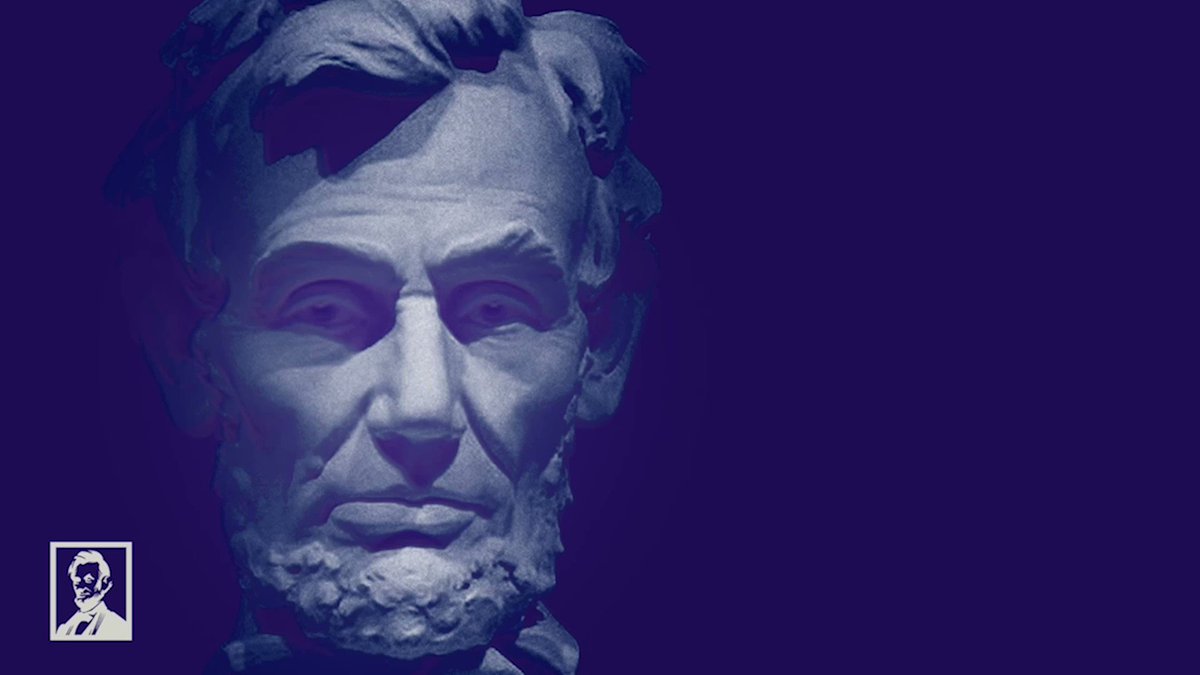 @ByronYork
It was a LARP rebellion, a cosplay insurrection. At Capitol riot, Oath Keepers marched around in sorta-military gear, sent Signal messages to one another. Then they left. If they intended to overthrow the US government, they didn't really act like it. https://t.co/XrI9vOF6v6
14 Jan, 01:08 PM UTC

Sandi Bachom
@sandibachom
Regarding Oath Keepers alibi. My friends were in the back covering the stack going in the east side. The breach of the Capitol took 19 minutes. First break was 2:11pm by Pizzola at 2:30 the Oath Keepers and MAGAs breached the east side, in front they yelled 'THEY'RE IN'
15 Jan, 03:01 AM UTC

American Veteran
@amvetsupport
Make no mistake. Oath Keepers do not in any way represent those of us who proudly served on the military and law enforcement. They are corrupt, insurrectionist outliers. They are low life seditionists, period and should be locked up
15 Jan, 03:48 AM UTC

@JohnWDean
Thank you, Preet. I wasn’t stuck by their innocence in their checking lost & found rather their stupidity. Reminded me of the Watergate burglars who had address books with their co-conspirators when arrested! Smart people don’t join the Oath Keepers, Proud Boys, etc. https://t.co/AeEK9YJP7H
15 Jan, 06:59 AM UTC

Jennifer Cohn ✍🏻 📢
@jennycohn1
I’ve been wondering how the January 6 leaders connected initially with the Oath Keepers. It turns out that Roger Stone & Alex Jones probably had easy access to them via their long-standing support of the Bundy family. https://t.co/thhpViRGkv
14 Jan, 10:20 PM UTC

Julie Kelly 🇺🇸
@julie_kelly2
Hey ⁦@Trevornoah⁩ since you included me in your video boasting about the “death” of insurrection denial, would love to come on and discuss the Oath Keepers case and my new book. Let me know! https://t.co/DNJA2wrjiR
14 Jan, 01:55 PM UTC

Viva Frei
@thevivafrei
The Streisand Effect: Merrick Garland just made the Oath Keepers famous. https://t.co/5dQ8CBqQfX Breaking down the indictments, and the general context. Share away! https://t.co/DWltjxMimi
15 Jan, 12:56 AM UTC

emptywheel
@emptywheel
Just as ex of delays w/GJs: DOJ first started talking about charing Ronnie Sandlin in a "disorganized militia" conspiracy in April 2021. Because of GJ delays, they only did so in September. That was the Jan 8 GJ that also investigated the Oath Keepers. https://t.co/yDNicM2DVr https://t.co/6JqSrkhJkD
15 Jan, 10:52 AM UTC

Christopher Greene 😎🏝🛩🚤🏄‍♂️🚀
@amtvmedia
Remember when Musk and Dorsey told you to use Signal because it’s allegedly private and encrypted? It’s now being used by the authorities to entrap people. https://t.co/t2ANWgZa0Z
14 Jan, 02:57 PM UTC

Ellyn
@egayle333
@RonFilipkowski The lawyer for the Oath Keepers says that they were training and in DC on Jan 6 because they expected Trump to invoke the Insurrection Act and activate them as a militia. I'll bet that they got the idea from Flynn.
15 Jan, 12:01 AM UTC