Laura Hancock
@laurahancock
Wow. The Ohio Senate passed a big bill that waives school testing and school report cards for 2019-2020 year, lets seniors graduate if school determines on track to do so prior to the #coronavirus emergency, among dozens of other things.
25 Mar, 03:05 PM UTC

Susan Tebben
@susantebben
JUST IN: Here's a summary of the bill just passed by the Ohio Senate and now moving to the House: https://t.co/WbLSjnO7y2
25 Mar, 03:10 PM UTC

@BenWSYX6
The Ohio Senate is about to go back into session since the #CoronavirusPandemic started in Ohio. Staff are wearing latex gloves. Usually men must wear a tie but “casual wear” is being recommended because ties and suit jackets aren’t usually cleaned as often most others clothing. 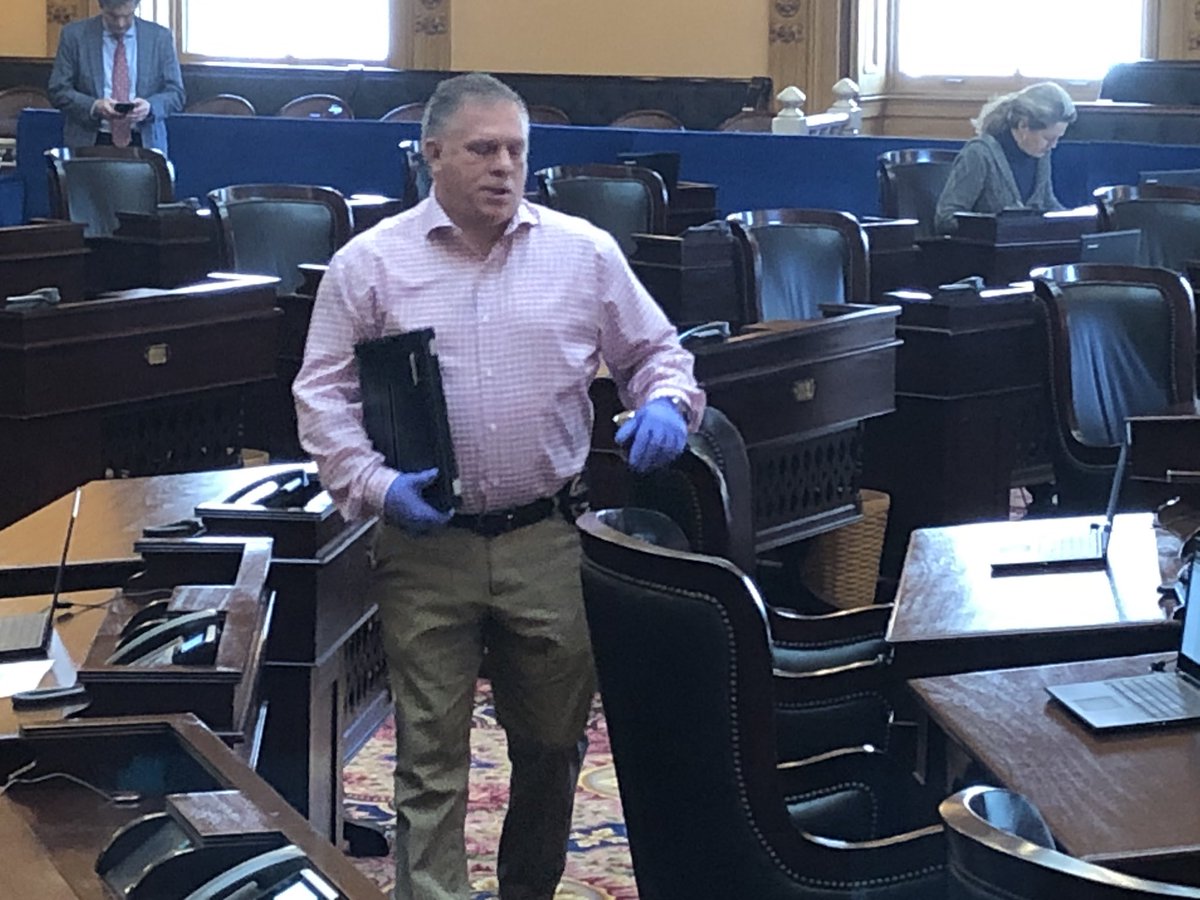 @jselingo
Next year is going to be interesting inside admissions offices: the Ohio Senate just passed a bill that waives report cards for the year. #highered #emchat
25 Mar, 03:18 PM UTC 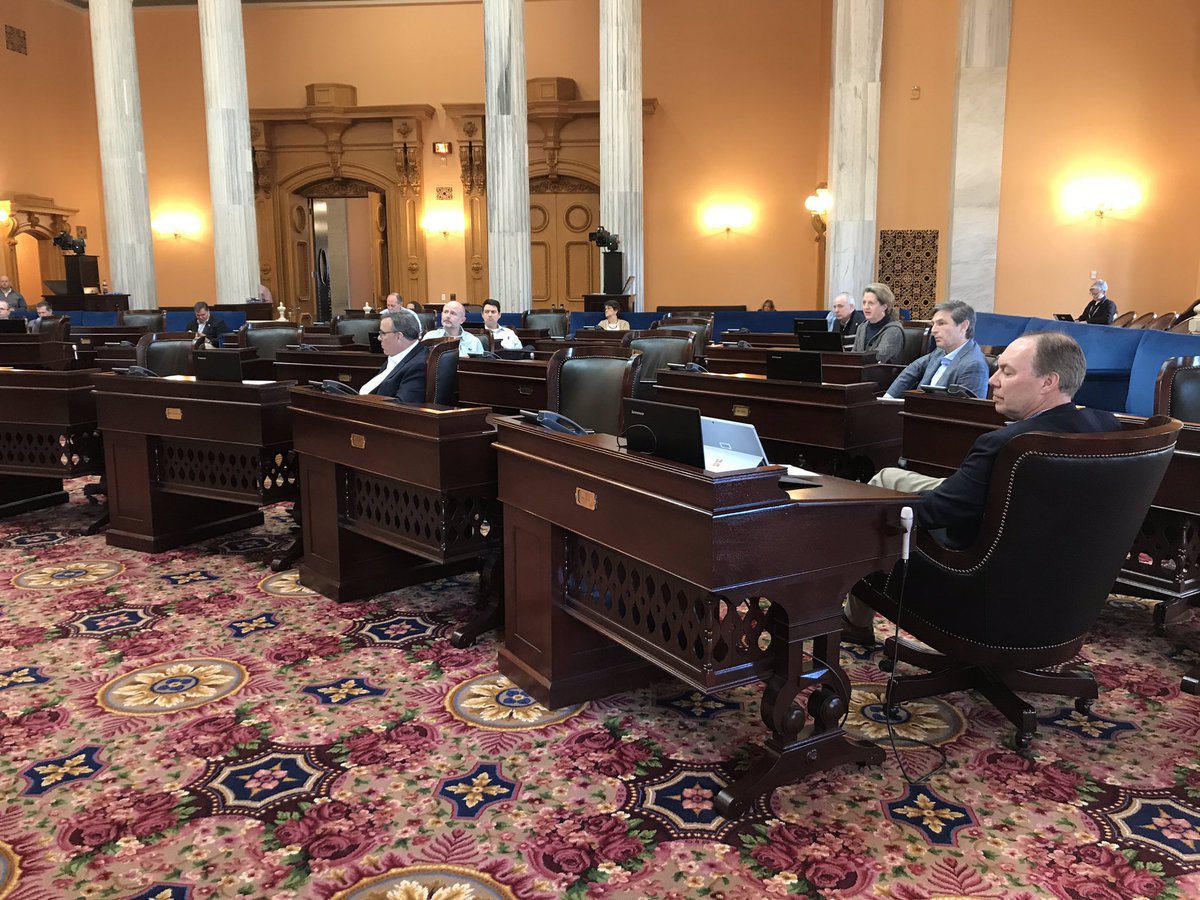 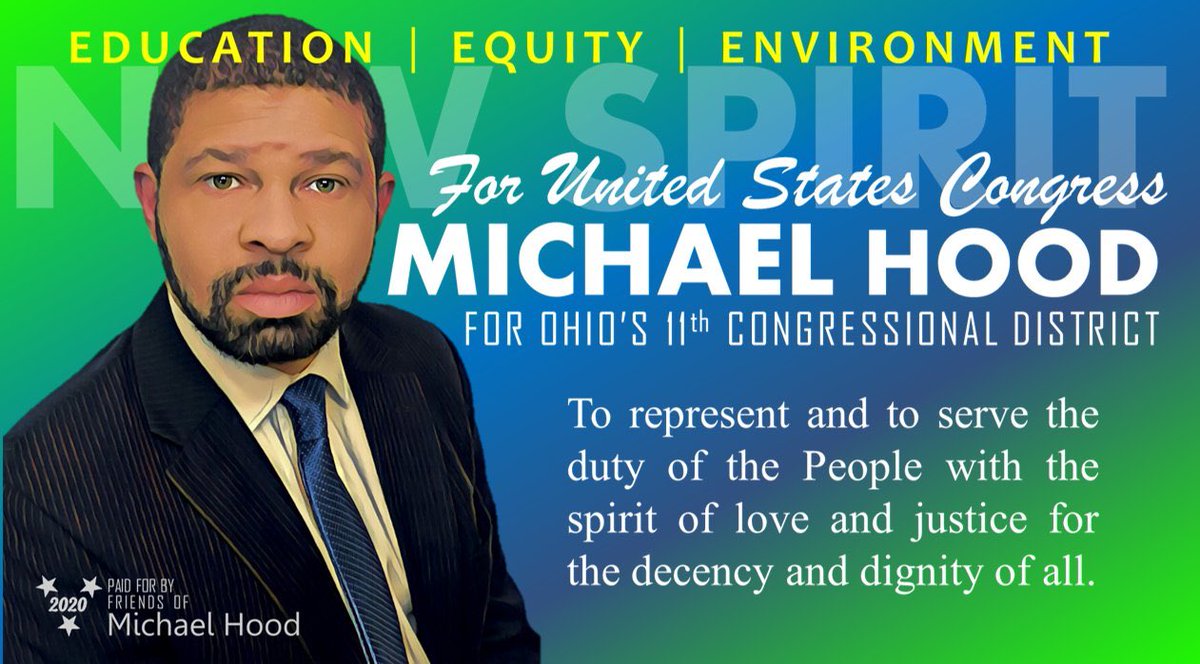 Sentinel-Tribune
@sentineltribune
COLUMBUS, Ohio (AP) — Mandatory state testing for schools would be ditched this year and Ohioans who didn't vote in the March 17 primary would have until April 28 to cast an absentee ballot, under emergency legislation approved Wednesday by the Ohio… https://t.co/V0FCNXViey
25 Mar, 03:58 PM UTC

Laura Hancock
@laurahancock
My colleague @jpelzer covered the session in the #Ohio Senate and will have a story soon. So look for that. Meantime, I will cover #winewithdewine (but I have to be sober) at 2 p.m. and @AndrewJTobias will cover the #Ohio House at 3 p.m.
25 Mar, 03:44 PM UTC