@marceelias
🚨BREAKING: Ohio Supreme Court STRIKES DOWN new congressional map. Big victory for the voters of Ohio and fair maps. Proud of the work that @EliasLawGroup and the National Redistricting Action Fund did to secure this victory for Ohioans! https://t.co/CaJlTZ5ZgJ
14 Jan, 05:08 PM UTC

@joncoopertweets
BREAKING: In a major win for Democrats, the Ohio Supreme Court overturned the state GOP's proposed congressional redistricting map after finding it was gerrymandered in a way that defied constitutional requirements. Earlier this week, they overturned the state legislative maps.
14 Jan, 05:28 PM UTC

@NoLieWithBTC
MASSIVE NEWS: The Ohio Supreme Court just ruled that the Ohio GOP’s new congressional gerrymander is unconstitutional and tossed it out. The map gave Democrats less than 25% of seats in Ohio despite Biden winning 46% of the vote in 2020.
14 Jan, 07:04 PM UTC

@nytimes
Breaking News: The Ohio Supreme Court struck down a congressional map skewed to favor Republicans, ruling it was the equivalent of a dealer stacking the deck, and sent it back to state lawmakers to try again. https://t.co/QANVHZzPPI
14 Jan, 06:41 PM UTC

@AriBerman
4-3 opinion with Republican Chief Justice siding with Dem justices. Opinion notes Ohio Republicans usually win 55% of votes but would hold 75-80% of seats under GOP map “By any rational measure, that skewed result just does not add up” https://t.co/aP2xtKMUY0
14 Jan, 05:14 PM UTC

@DavidPepper
🚨 🚨 Here, the Ohio Supreme Court calls out the rigged GOP Statehouse for using two sets of books to falsely claim publicly the districts were more competitive than they were. 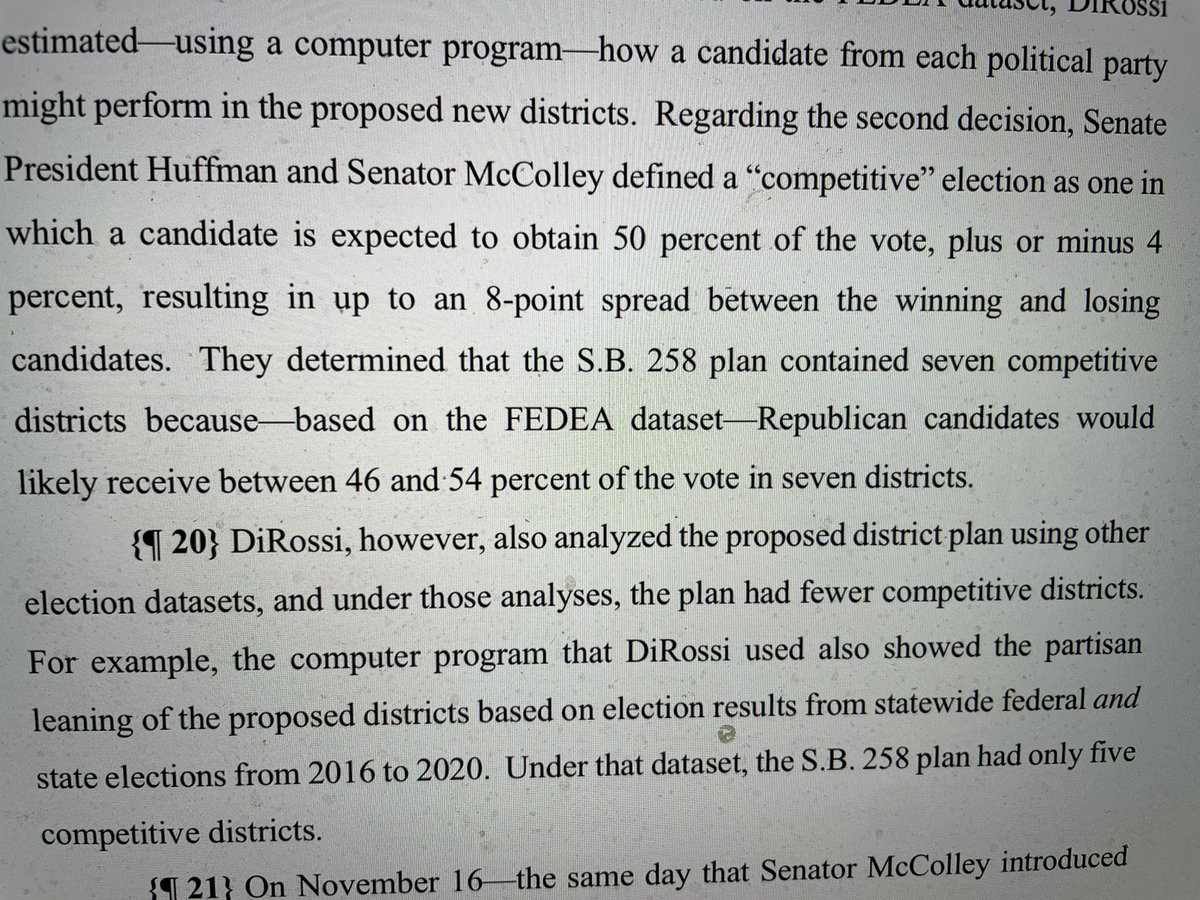 @PodSaveAmerica
The proposed Ohio congressional district map could have given Republicans as much as a 12-3 advantage. On Friday the Ohio Supreme Court struck it down as unconstitutional in a 4-3 decision. 👏 https://t.co/EHtuN13OKO
14 Jan, 07:29 PM UTC

@Taniel
From the majority opinion: "When the dealer stacks the deck in advance, the house usually wins." The GOP legislature has 30 days to draw a new map, tho of course they'll know the court looms again. https://t.co/cUhR0aWtzg
14 Jan, 05:15 PM UTC

dan campbell
@mickandkeith55
Jim Jordan is getting scared: The OHIO Supreme Court, today, decided the gerrymandering Republican map is nonsense and threw it out. Worried Jimmy? You should be.
14 Jan, 08:07 PM UTC

Nathaniel Rakich
@baseballot
The Ohio Supreme Court decision specifically calls out the splitting of Hamilton, Cuyahoga, and Summit counties (though it does so *separately* from the finding that the map was unfair). https://t.co/fb0iLUiHvD https://t.co/TP8NweLj9H
14 Jan, 08:04 PM UTC 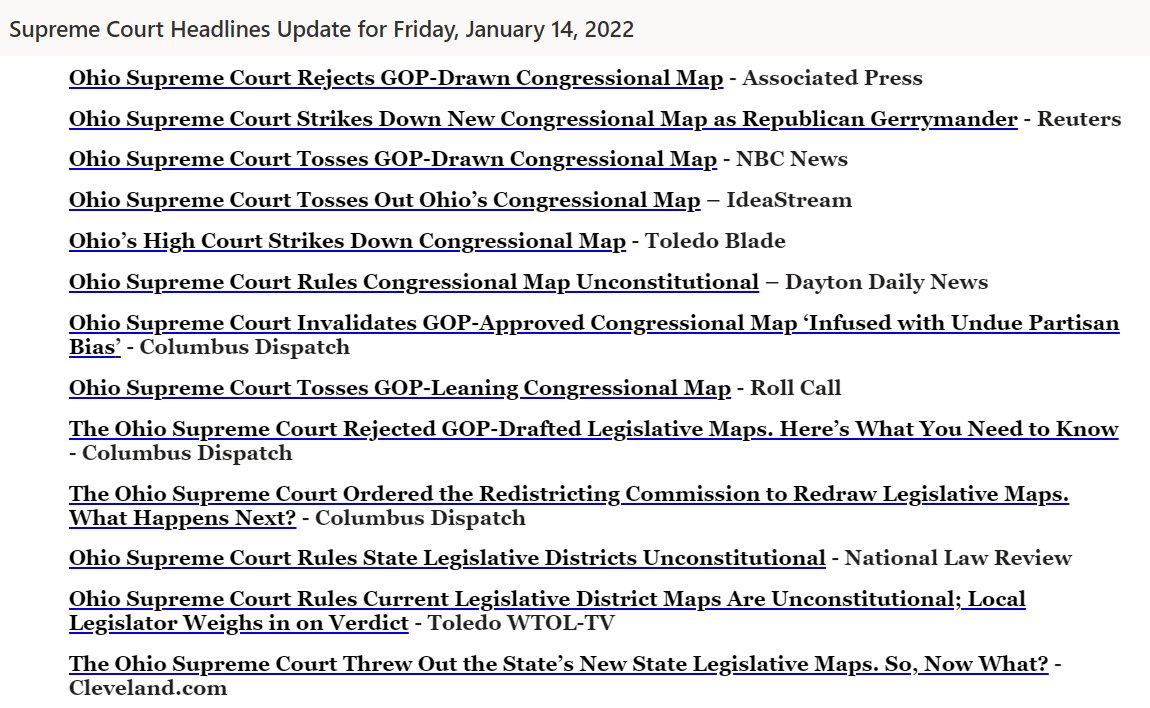 @PoliticusSarah
The ruling is a significant victory for democracy, but Ohio is just one of many states where voting rights advocates are attempting to hold off extreme Republican gerrymandering efforts. https://t.co/5S6GAoxcyD via @politicususa
14 Jan, 08:25 PM UTC

@dannyoconnor1
BIG NEWS: The Ohio Supreme Court just struck down the GOP gerrymandered congressional maps. This is a big win for all Ohioans who voted for fair districts and I’m ready to keep fighting for Central Ohio. Like and retweet if you agree.
14 Jan, 08:29 PM UTC

James A Clark Jr 🏳️‍🌈
@JcindyinA
More news out of Ohio -- following the recent decision to strike down the state’s legislative maps, the Ohio Supreme Court announced today that the congressional map is ALSO an unconstitutional partisan gerrymander. The Court pointed to voters “demanding change” through a
14 Jan, 08:20 PM UTC