Panarin is trending on Twitter. Popular tweets on Panarin.

Mollie Walker
@MollieeWalkerr
#NYR Ryan Strome confirms Artemiy Panarin is done for the season after what happened with Tom Wilson: As for how the league handled it? "I think it's a joke, to be honest with you."
04 May, 04:51 PM UTC

@FriedgeHNIC
Preliminary word is that NYR Artemi Panarin won’t play the rest of the season.
04 May, 05:07 AM UTC

Howie Rose
@HowieRose
FINED? FINED? Tip money for potentially killing a player? A multiple repeat offender who is as predatory a player as any who has skated in the NHL for decades? It only lists Buchnevich. Is there further punishment for what he did to Panarin? NHL credibility is at stake. https://t.co/8BWQwNj2MV
04 May, 02:59 PM UTC 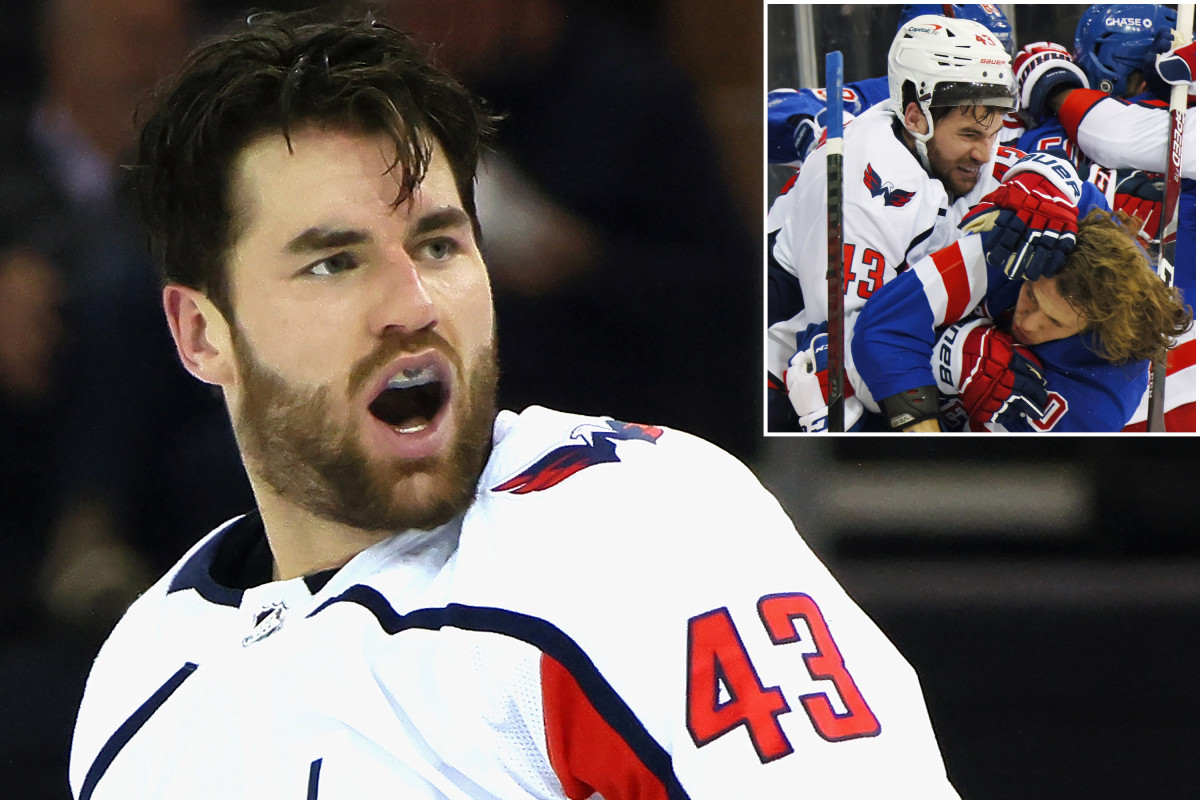 @NYRangers
Panarin, along with Trouba and Lindgren, are done for the season, per #NYR Coach Quinn.
04 May, 05:16 PM UTC

@THNMattLarkin
Honestly: there wasn't much difference between Bertuzzi-Moore and what Tom Wilson did to Panarin last night – aside from the resulting injury. The action and intent were as bad in my mind.
04 May, 01:16 PM UTC

@KeithOlbermann
This is Tom Wilson of the NHL @capitals committing assault on Artemi Panarin of New York last night, his second attack on a player in the fight. The league will shrug its shoulders and let a team avenge of all of Wilson’s victims. It should, in fact, #BanTomWilsonForLife 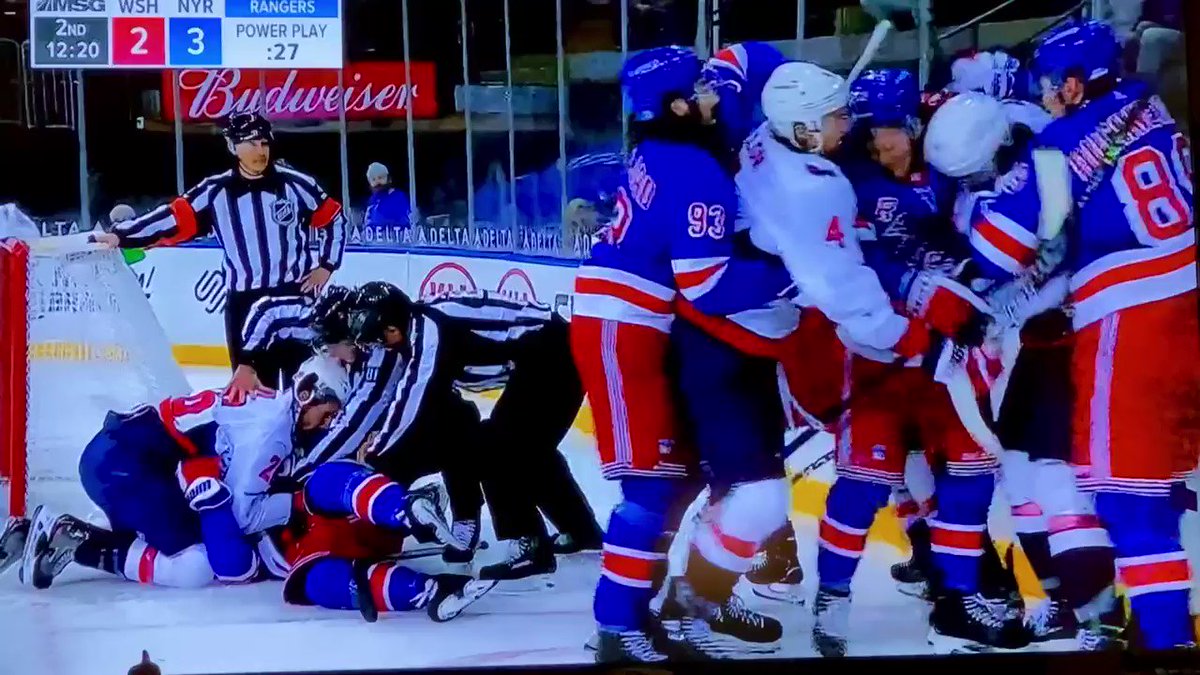 @Latta17
Did Panarin not leap onto Wilson from behind creating this whole scuffle? You want to protect your stars? Get someone to protect them... stop blaming the league
05 May, 12:01 AM UTC

BlueshirtsNation.com 🗽
@NYRangerFanclub
➡️PLEASE RETWEET AND SIGN⬇️ Petition to have the @NHLPlayerSafety to re-evaluate the Tom Wilson incident May 3, 2021 #nyr NHL Player Safety to Re-Evaluate the roughing on Pavel Buchnevich and Artemi Panarin - Sign the Petition! https://t.co/FBEcojhFTZ https://t.co/fqKjKO8UkI
04 May, 05:36 PM UTC

@barrysvrluga
Tom Wilson is an excellent hockey player. He is important to the Washington Capitals' playoff chances. In order to remain that way, he has to figure out a way to stay on the ice. https://t.co/LGqlaGtbnR
04 May, 04:08 PM UTC

Ovi Goal Tracker
@OviGoal
To put into context what happened: Panarin would have been killed had his skull made contact with the ice. Tom Wilson's $5,000 fine on his salary is like fining a McDonald's worker $17.00 dollars. #TomWilson #Allcaps
04 May, 04:09 PM UTC

⚙Foul-Mouthed Engineer🔧
@Lizteratures
Tom Wilson was punching a man who was face down on the ice. Panarin pulled Wilson off of his teammate. Wilson responded by behaving like a goddamn psychopath. https://t.co/sz2HIiPQBS
05 May, 02:37 AM UTC

Mishka
@secrtgrl_68
@Drago_Lightning Ya know, the amazing part is if it's a guy on THEIR team that was injured they'd be having a shit fit!! Wonder if they'd be talking trash like this if Panarin had been paralyzed or seriously injured to the point of ending his career. What if he'd killed him? Assholes....
05 May, 02:33 AM UTC

Bonzai
@bonzaiiblue
@DeadPresPicks Litrally the same except Wilson is stronger and panarin needs to eat his wheaties
05 May, 02:44 AM UTC

Richmond John
@RichmondJohn804
@cowboytoddva Yep. Wilson is a tank. Baffled at how often smaller dudes engage with him and expect a different outcome. The face washing into the ice—as evidenced by Crosby’s retaliation tonight in the Flyers game—happens all the time. Panarin got himself f’ed up by engaging.
05 May, 02:43 AM UTC

liz zarb
@liz_zarb
okay but what about slamming panarin's face into the ice when panarin tried to get wilson off of buchnevich https://t.co/TMd4i3uc0G
05 May, 02:36 AM UTC

Doug Hahm
@ViennaLion
@Mpolymer Panarin tried to peel Wilson off his teammate. Wilson pulled Panarin’s head down without a helmet and against the ice by his hair. But for his shoulder hitting the ice just a split second before the head, Panarin could have been killed. Will be a zoo tomorrow indeed.
05 May, 02:46 AM UTC

Caps Rower
@CapsSharp
@HockeyG14838108 @dantelives13 @BradyTrett @FriedgeHNIC It was a legal hockey play, so it’s absolutely not my wrong. Panarin jumped on his back, maybe next time he shouldn’t jump a larger player.
05 May, 02:45 AM UTC

Chris Williams
@CMarshallWill
@Lokay 1) Panarin was already on the injury report; and 2) There’s 3 games left in the season.
05 May, 02:45 AM UTC