Parkland is trending on Twitter. Popular tweets on Parkland.

@POTUS
Three years ago today, a lone gunman took the lives of 14 students and three educators in Parkland, Florida. In seconds, the lives of dozens of families were changed forever. As we mourn with the Parkland community, we mourn for all who have lost loved ones to gun violence. https://t.co/k050oDHXIi
14 Feb, 09:42 PM UTC

@TeamPelosi
Our hearts shattered 3 years ago today in learning that the horror of gun violence had taken 17 precious lives from us at Marjory Stoneman Douglas H.S. Moved by this grievous loss & driven by Parkland’s survivor-activists, our work to #EndGunViolence continues in their memory.
14 Feb, 05:43 PM UTC

@jaketapper
3 years ago today, we lost so much at Marjory Stoneman Douglas High School in Parkland, Florida. May their memories be a blessing. 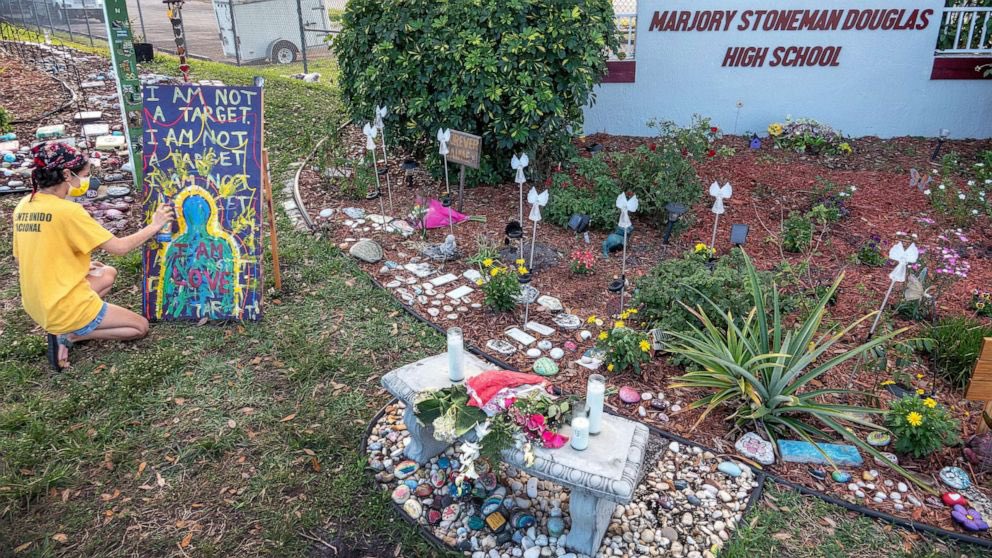 @ABC
JUST IN: Pres. Joe Biden calls on Congress to take action on gun reform on 3rd anniversary of Parkland shooting: "This Administration will not wait for the next mass shooting to heed that call." https://t.co/wKgASicAWN 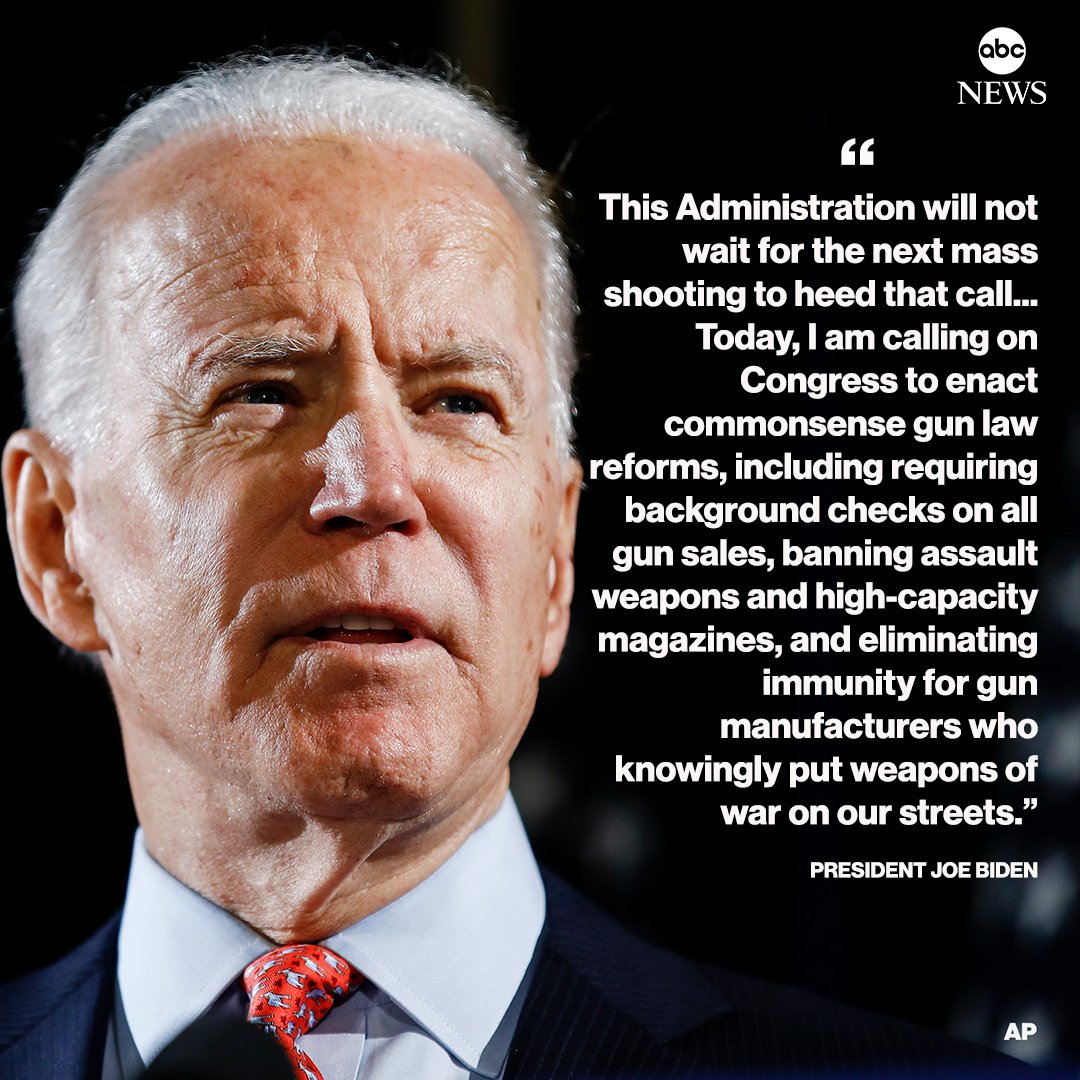 @DanRather
It has been three years since the tragic shooting in Parkland, FL - a grim anniversary for a nation that still struggles to address the horrors of gun violence. So much sadness. So much hurt. So much loss.
15 Feb, 01:04 AM UTC

@ChrisMurphyCT
The universal background checks bill is ready for introduction, Mr. President. It’s supported by 90% of Americans and will save thousands of lives. Let’s get it done. https://t.co/SnwJlUChK8
14 Feb, 10:39 PM UTC

@VP
Our thoughts are with the Parkland community, three years to the day after we lost seventeen innocent lives at Marjory Stoneman Douglas High School. Gun violence remains an epidemic in neighborhoods across America. It’s time for Congress to pass commonsense gun law reforms. https://t.co/rQbb3C1hBC
15 Feb, 01:09 AM UTC

@RepKatiePorter
No student should be afraid of going to school. No parent should have to worry if their kid is safe in the classroom. My heart still breaks for the 17 lives taken in Parkland, their loved ones, and those who were there. Congress must stop putting the gun lobby before families.
14 Feb, 08:26 PM UTC

@fred_guttenberg
I hope everyone takes a minute to read this in @Newsweek from my wife @jguttenbergot. She does not say much publicly, but when she does, on a day like today as it is 3 years since the murder of Jaime and 16 others in Parkland, you should pay attention. https://t.co/18ySActkfH
14 Feb, 02:04 PM UTC

@kylegriffin1
Biden on the Parkland anniversary: "I am calling on Congress to enact commonsense gun law reforms, including requiring background checks on all gun sales, banning assault weapons and high-capacity magazines, and eliminating immunity for gun manufacturers."
15 Feb, 03:00 AM UTC

@shannonrwatts
Three years ago today, a teen gunman with easy access to guns in his home, killed 17 students and educators at a Parkland, Florida, high school and injured 17 more. We owe the victims and survivors our activism: 2021 must be the year that the President and Congress finally acts. 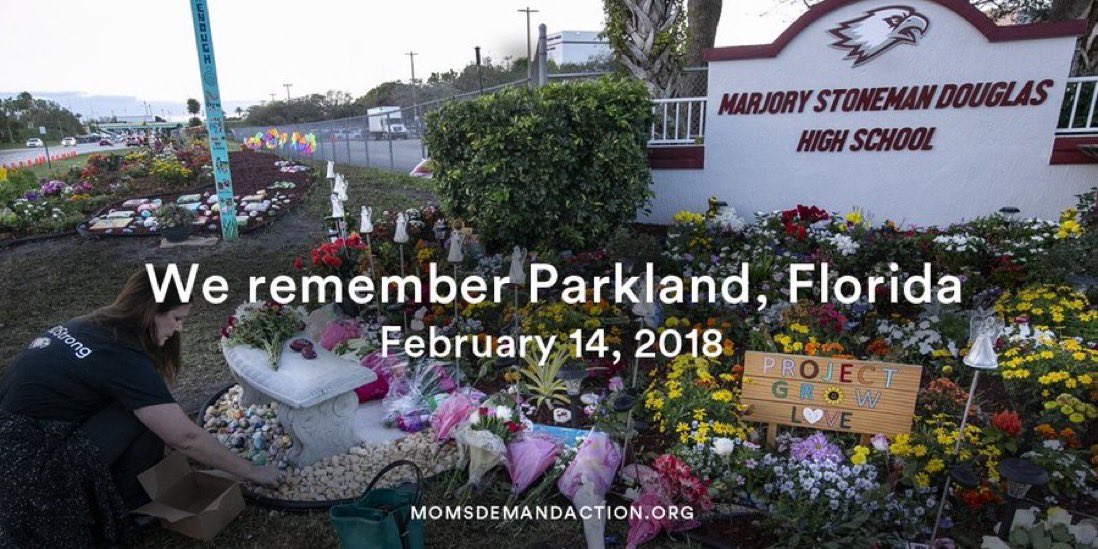 @NewYorkStateAG
Three years ago, 17 people were murdered in the mass shooting at Marjory Stoneman Douglas High School in Parkland, Florida.   Today my heart is with the Parkland community and every community in our nation that has been impacted by senseless gun violence. #MSDStrong
14 Feb, 04:34 PM UTC

@GabbyGiffords
Today marks three years since the tragic shooting in Parkland. On a day meant to be about love, our country watched as an entire community waited to learn if their loved ones were coming home. Seventeen students and educators didn’t.
14 Feb, 04:09 PM UTC

Jennifer Guttenberg
@jguttenbergot
When I get sad and angry enough, I write. Gun violence affects the victims along with those left behind. My daughter didn’t deserve to lose her life. You should be here with us JT. I miss you more than you could possibly know. 🧡💔🧡 https://t.co/2OzREM8jbd
14 Feb, 05:27 PM UTC

Daniel Uhlfelder
@DWUhlfelderLaw
Today, we remember the 17 victims of gun violence who were senselessly murdered 3 years ago in Parkland. We must act now to honor their lives & prevent next mass shooting by implementing sensible gun safety policies in our state - including an assault weapons ban.
14 Feb, 03:19 PM UTC

Bryan Dawson
@BryanDawsonUSA
3 years ago today a gunman massacred students and teachers in Parkland, Florida. My kids were devastated and asked me to drive 1000 miles to say a prayer. We did. Today, 38 states still don’t require background checks for all gun sales and Americans elect people like @RepMTG 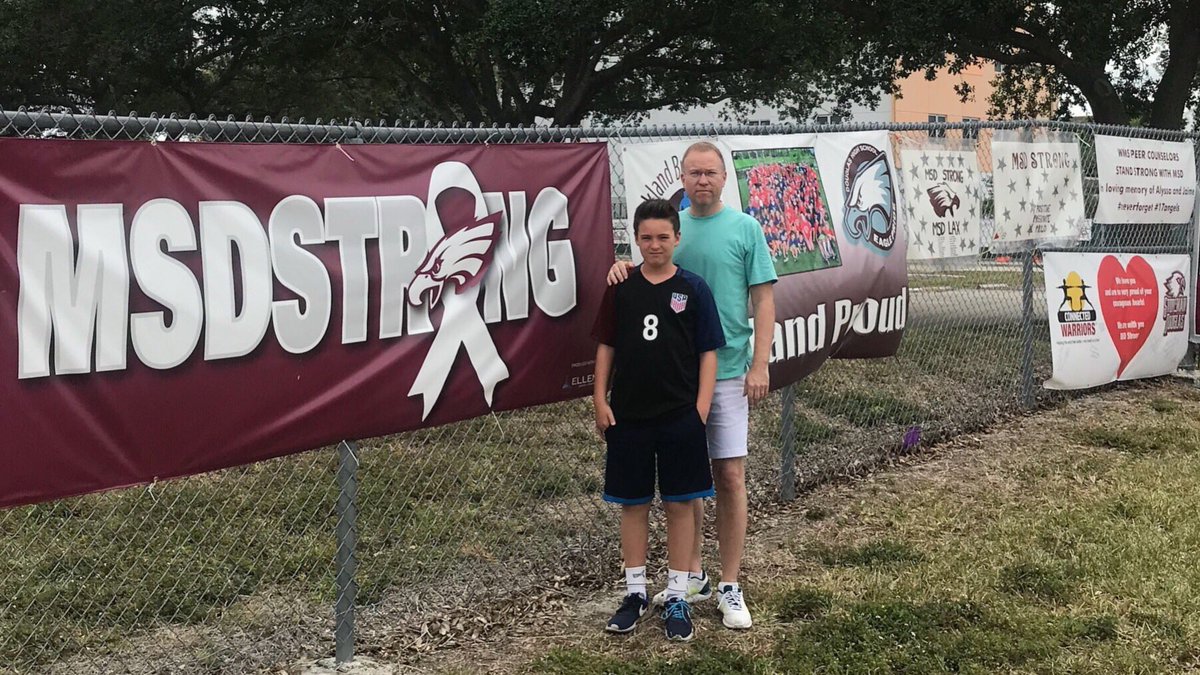 @HuffPost
Three years after the Parkland school shooting, @fred_guttenberg, the father of one of the victims, is still fighting for gun safety in the United States. 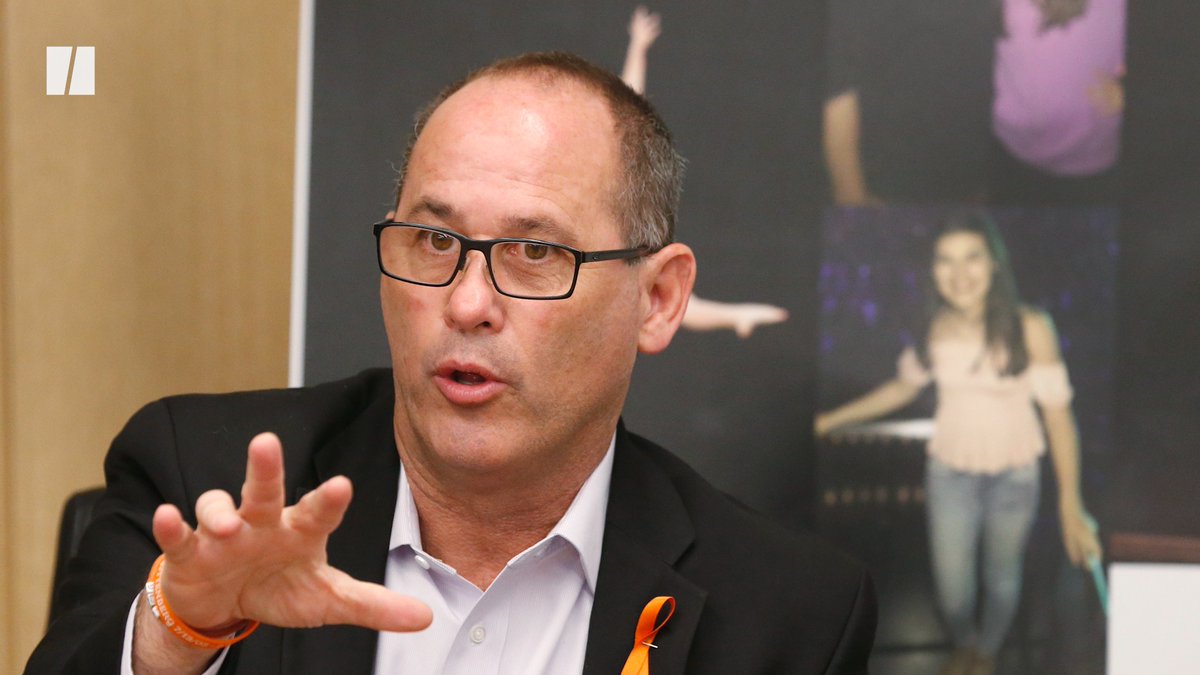 @StaceyPlaskett
Rest in Power to all of our children lost in the Parkland shooting @fred_guttenberg Blessings and comfort to their survivors https://t.co/zemtgruJXe
14 Feb, 10:57 PM UTC

Joshua Potash
@JoshuaPotash
Messes me up that 3 years after Parkland the only time this country has been able to stop school shootings is when a pandemic forces kids to stay home
14 Feb, 10:06 PM UTC 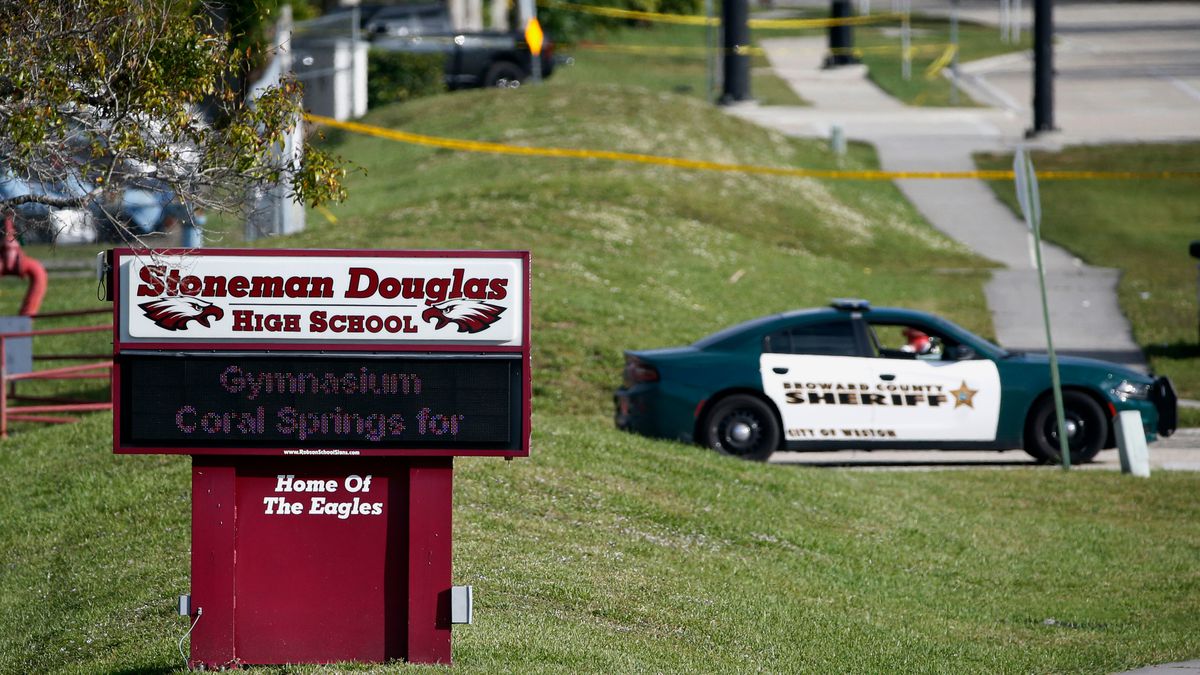 @KenPaxtonTX
The Parkland shooting 3 years ago was an act of unspeakable evil. But Democrats cannot be allowed to use this tragedy as an opportunity to cram down unhelpful and unconstitutional gun laws. Biden won’t undo the #2A in TX on my watch. #Comeandtakeit . https://t.co/3s8JTWnuCC
15 Feb, 12:24 AM UTC

@SenBobCasey
Three years ago today, we lost 17 innocent children to a school shooting in Parkland, FL. We must past commonsense gun reform to protect our Nation's children and all those who may be impacted by gun violence.
15 Feb, 12:15 AM UTC 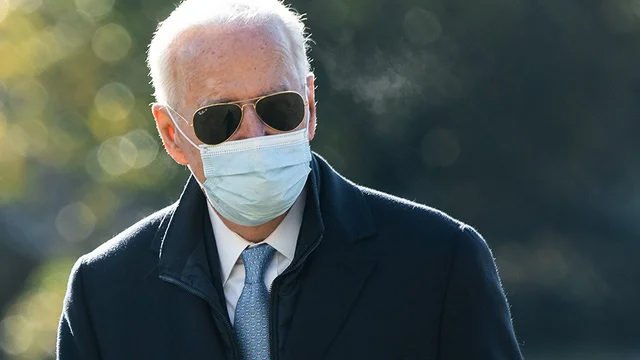 Barbara Malmet
@B52Malmet
You can not fathom the outpouring of grief after a former student- turned -gunman rampaged through Marjorie Stoneham Douglas High School in Florida three years ago today. I went to pay my respects afterwards. Could not stop crying. #Parkland https://t.co/H2K2Zivj2e
14 Feb, 11:06 PM UTC

The Week with Joshua Johnson

@TheWeekMSNBC
On the third anniversary of the Parkland school shooting, President Biden called on Congress to pass stricter gun laws. @shannonrwatts talks about the realities that face Americans every day when it comes to gun violence: 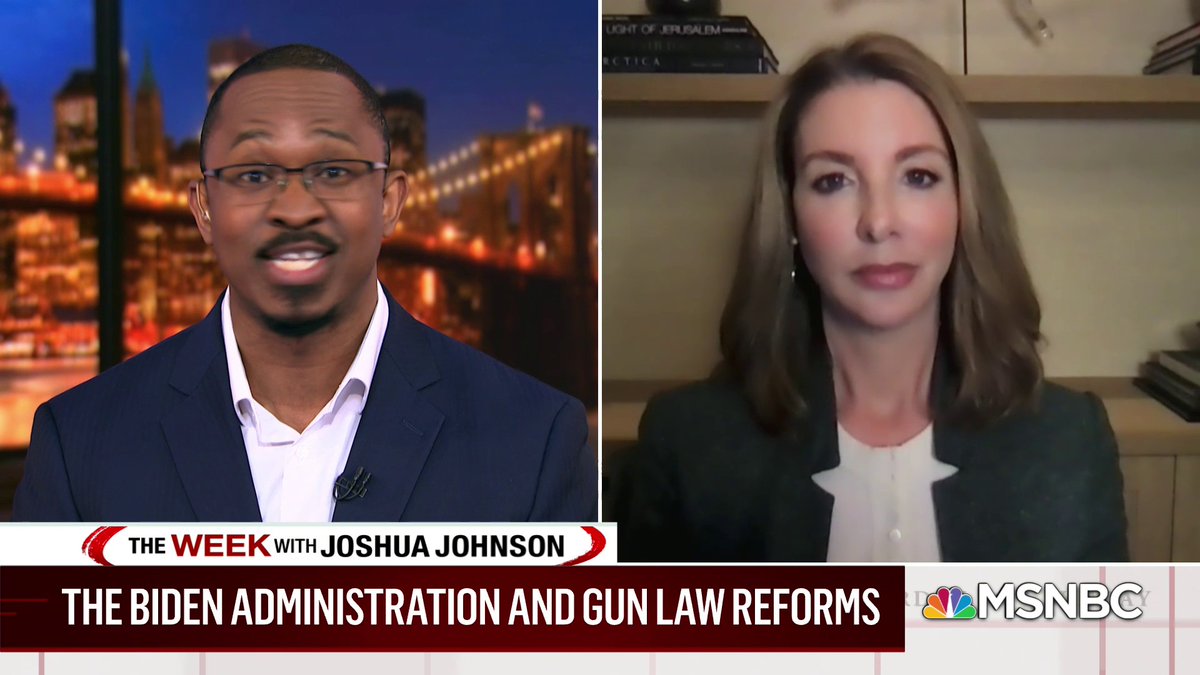 @SenatorHassan
Today marks 3 years since the Parkland shooting. Since then, the students and families of Marjory Stoneman Douglas have left their mark on our nation by sharing their grief and pushing for action. We must keep advocating for gun violence reform until we see real change.
14 Feb, 07:42 PM UTC