C.C ✩⋆⁷
@insomniafantasy
Since #Pennsyltucky is trending i'd like to remind everyone that PA was not a part of the Confederacy and waving the Confederate Battle flags only means one thing here. You know it doesn't stand for "SoUtHeRn pRiDe" since PA is in the goddamn North
30 Jun, 11:40 AM UTC

David Pierdomenico
@DaveTheAuthor
When you live in PA and see #Pennsyltucky trending: 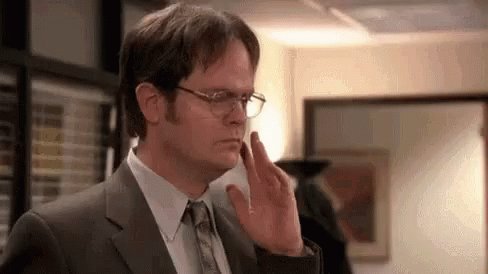 snarr
@sn4rr
It’s a good day when Philly twitter and Pittsburgh twitter can come together to hate on the rest of the state. #Pennsyltucky
30 Jun, 02:18 AM UTC

Tmurp #BlackLivesMatter
@yersinia_
@___scruffy Take it easy, bub. “#Pennsyltucky” is a humorous way of calling out the recalcitrant racism that you and I both know still exist in our state. Nobody directed it at you personally.
30 Jun, 11:38 AM UTC

Spector Hair Day
@SpectorHairDay
@antoniocdumnich The name #Pennsyltucky is Kentucky libelz. For Pete's sake, Pennsylvania was the Union state that was soaked with blood as we fought off the racist traitors of the Confederacy, and yet idiots in Pennsylvania today fly the traitor flag on their pick-em-up trucks.
30 Jun, 12:43 PM UTC

abbie 🌻 Black Lives Matter
@positivelyabbie
#Pennsyltucky is trending and it's the only time I will ever feel seen on this app. I hate it here. If you're thinking of living in central PA, don't. It's just cows and racism
30 Jun, 02:46 AM UTC

Lara Putnam
@lara_putnam
Here are Montoursville & Watsontown. Along with most (not even all) of the 250+ different PA communities where protests against police brutality & in support of racial justice have been held since George Floyd was killed. #Pennsyltucky? No. This is what making change looks like https://t.co/JRUrAlufaS
30 Jun, 12:15 PM UTC

@inkyamy
Sometimes #Pennsyltucky will surprise you. 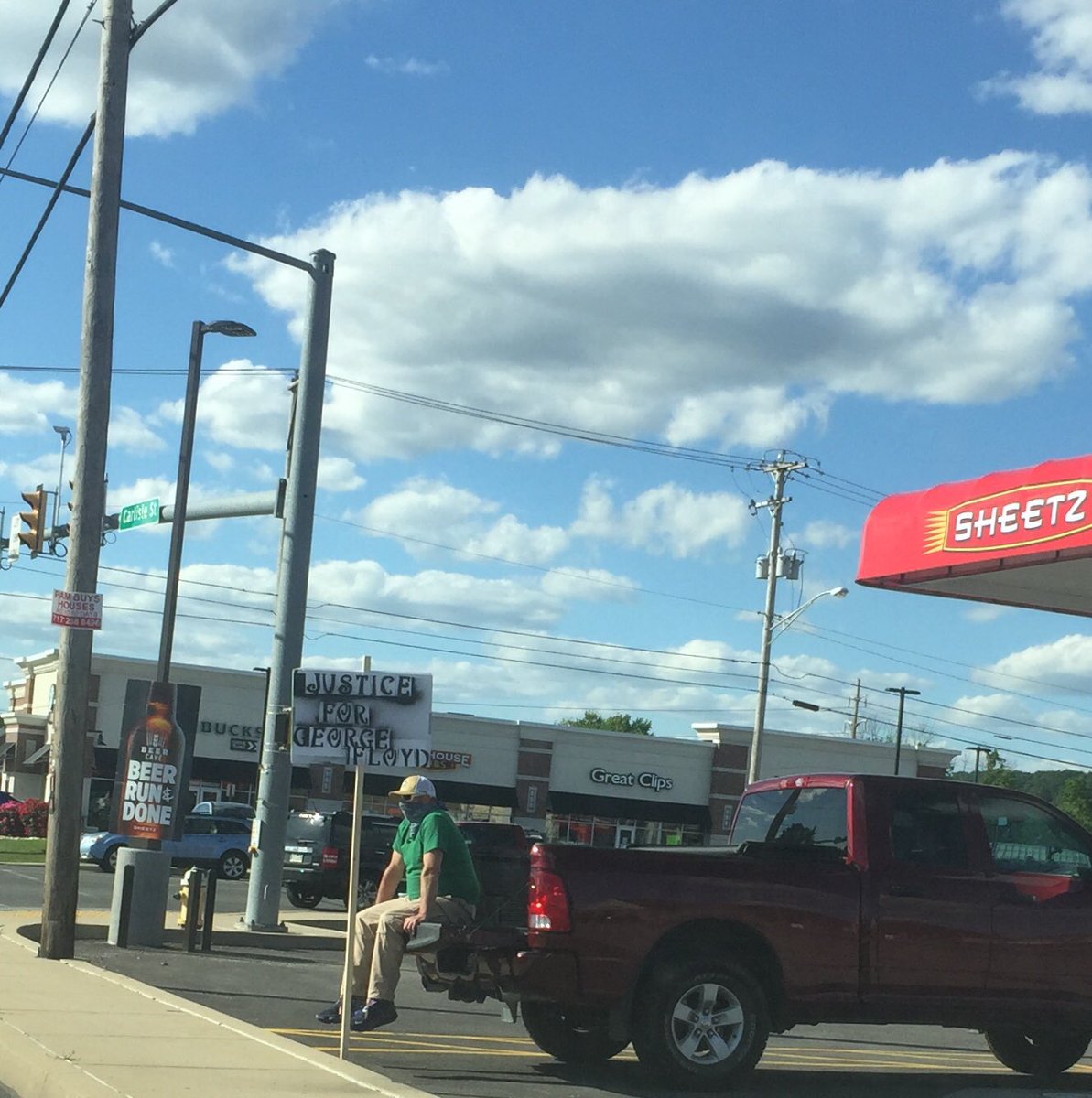 𝕤𝕥𝕖𝕡𝕙𝕒𝕟𝕚𝕖 𝕣𝕦𝕓𝕪
@rubyjnkie
I live in #Pennsyltucky. There is an active branch of the KKK 20 minutes from my house. We've had BLM protests on the main road. One time, we had white dudes with ARs show up. You don't have to live in a big city to stand up for what is right. #BlackLivesMatter everywhere.
30 Jun, 01:49 PM UTC

Lara Putnam
@lara_putnam
Anyone smugly joking about #Pennsyltucky right now is missing the most important change in racial justice activism in the last 4 decades. Which is happening in small towns & small cities across this state. As this slightly obsessive thread 👇 keeps showing https://t.co/d26SZrA2K7
30 Jun, 04:15 AM UTC

Seth Cotlar
@SethCotlar
I grew up in Central PA, and I have some nerdy historical/sociological analysis to offer as to why it's a bad idea to use the term #pennsyltucky to criticize racism. https://t.co/gWAbrX71UT
30 Jun, 01:54 PM UTC

BlakkFistMusikk70
@musikk70
@antoniocdumnich I'm NOT a stuck up city dweller from Philly. I'm a disabled vet who has experienced racism way too many times livin here in Pittsburgh, PA! This state is racist as hell!! #Pennsyltucky
30 Jun, 11:06 AM UTC

Seth Cotlar
@SethCotlar
In my experience, #Pennsyltucky is a term more well-off white people in PA use to put down less well-off people in central PA by saying "THEY are the racists ones, whereas *people like me* are not that way at all." That last claim almost always does NOT pertain to the speaker.
30 Jun, 02:00 PM UTC

𝕽𝖆𝖈𝖍𝖊𝖑 𝕵𝖔𝖓𝖊𝖘🌊
@sharkyrae
I live in Philly! Let’s go Pittsburgh too ! Absolutely conquer the rest of #Pennsyltucky Racism is NOT what we stand for and we must VOTE blue to end this nightmare! https://t.co/SCIQgOougu
30 Jun, 02:50 AM UTC

OREGON RED 2020⭐️⭐️⭐️TEXT TRUMP TO 88022
@TyrannisCave
While petty tyrant Governors like #KillerWolf of #Pennsyltucky push citizens to obey mask and distancing orders they do the opposite to the helpless elderly. Placing COVID positive patients with the most vulnerable elderly causing the nursing home slaughter of 2020. https://t.co/FyquszCTYQ
30 Jun, 02:05 PM UTC

OREGON RED 2020⭐️⭐️⭐️TEXT TRUMP TO 88022
@TyrannisCave
🚨#KillerWolf Governor of #Pennsyltucky has a lot of blood on his hands from decisions he made which contributed to the deaths of many elderly in nursing homes. The nursing home slaughter by the Kung Flu Five will not go without punishment.🚨 https://t.co/Ny3v7bjLfS https://t.co/a8CrVq9Oze
30 Jun, 01:48 PM UTC

Rick Monti
@Aldo_Monti
I see #Pennsyltucky is trending. Reminds me of the great @JamesCarville quote: “Pennsylvania is Pittsburgh on the West, Philadelphia on the East, and Alabama in the middle.”
30 Jun, 03:36 PM UTC

Shanon
@ShanonB2019
And just so you know, all of these towns + many more came out to protest against police brutality and racism in the past few weeks. Most of them in "#Pennsyltucky.", because ya'know, racism isn't actually prevalent here. https://t.co/sQId6W1y4M
30 Jun, 03:40 PM UTC

smolpunkin
@kswpunkin
I love that #Pennsyltucky is trending, grew up 90 mins outside of Pittsburgh and you better believe people had a "southern" accent, brought deer piss to school, flew the Confederate flag, and made homemade KKK t-shirts that they wore to school 🙄🙄🙄
30 Jun, 03:23 PM UTC

Mission #BlackLivesMatter
@MissionSpooky
OK, so I have to retract some of my #Pennsyltucky statement. As I just learned, some of our #Pennsylvanians in the middle are trying real hard, marching in #BlackLivesMatter, celebrating #PrideMonth Joking aside, we know not all #farmers are racists. To show our appreciation.
30 Jun, 03:51 PM UTC

yahmpy
@yahmpy
@JackPosobiec #Pennsyltucky is trending because it’s an actual thing and those people you call “heartland people” you’re defending would be more aptly described as racists in more enlightened parts of the world 🤷‍♂️
30 Jun, 03:39 PM UTC