Hope over fear
@Hopeoverfear2
Watching the Pete Souza documentary about Obama, through the eyes of his photographer. I'm beyond sobbing. I'm a MESS. From him comforting Sandy Hook parents to coaching Sasha's basketball team. He was so human. I just miss having humans as our leaders.

Ricky Davila
@TheRickyDavila
I can’t believe how much I’ve cried during the Pete Souza MSNB Documentary. What an amazing photographer that captured the very best of America. 18 days. 🌊
17 Oct, 03:41 AM UTC

@MSNBC
"Every emotion that Barack Obama went through as president, I was in the room for," Pete Souza says. See more tonight with the TV premiere of #TheWayISeeIt, a new documentary from @FocusFeatures and MSNBC Films. Watch commercial-free at 10 pm ET on @MSNBC @MSNBC on Pete Souza">https://t.co/YW7lWobs9E
16 Oct, 11:41 PM UTC

@MaddowBlog
Up next at 10pm ET on MSNBC: The new documentary "The Way I See It" with White House photographer Pete Souza. If you watch it, you will like it. 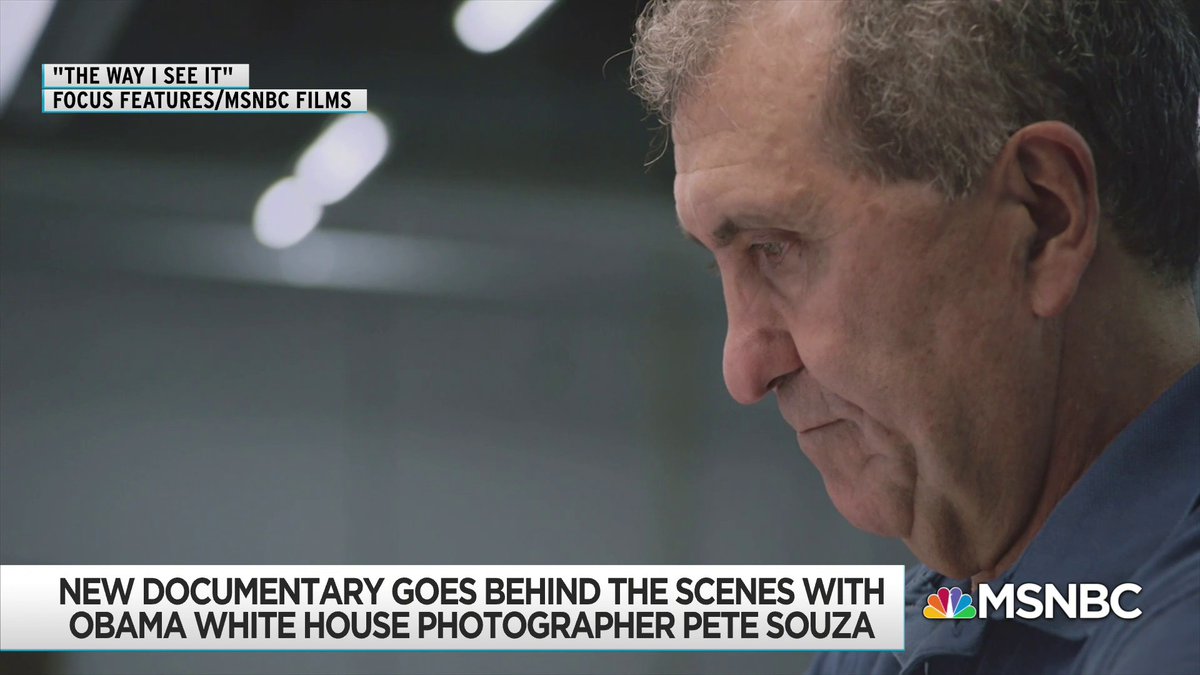 Barbara Malmet
@B52Malmet
#TheWayISeeIt just makes me want to see something so different from what we have been subjected to for four years. Thanks to Pete Souza, and Dawn Porter for directing our eyes and hearts.
17 Oct, 04:04 AM UTC

@thedailybeast
Asked why Americans should be outraged about all of the obfuscation by the White House over the reality of Trump’s illness, Pete Souza replies, “I’d pose that question to any of the 215,000 families that have lost a loved one from COVID” #TheWayISeeIt https://t.co/1yEZCg2PPK
17 Oct, 02:00 AM UTC 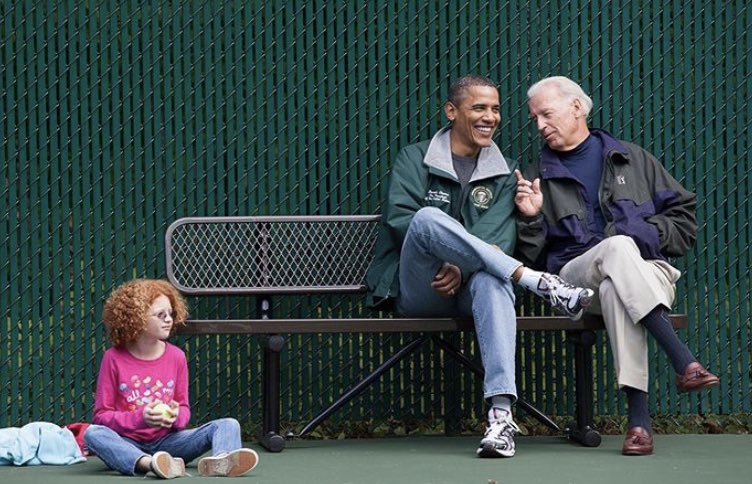 American Veteran
@amvetsupport
I am asking everyone to watch the special on Pete Souza, Obama’s presidential photographer. Amazing. AMAZING. And now he is taking trump to task every day. It aired b on MSNBC
17 Oct, 03:59 AM UTC

Trump* is a TRAITOR
@p2thel2theg
My favorite pic from the Obama years. I have no idea if Pete Souza took it. I was too focused on who I was standing next to. #TheWayISeeIt 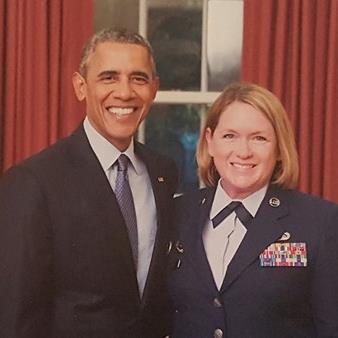 Still I Rise
@dreamandthehope
I will never forget the first time I saw this picture, I cried with joy. Thank you Pete Souza for capturing all these beautiful moments. #TheWayISeeIt 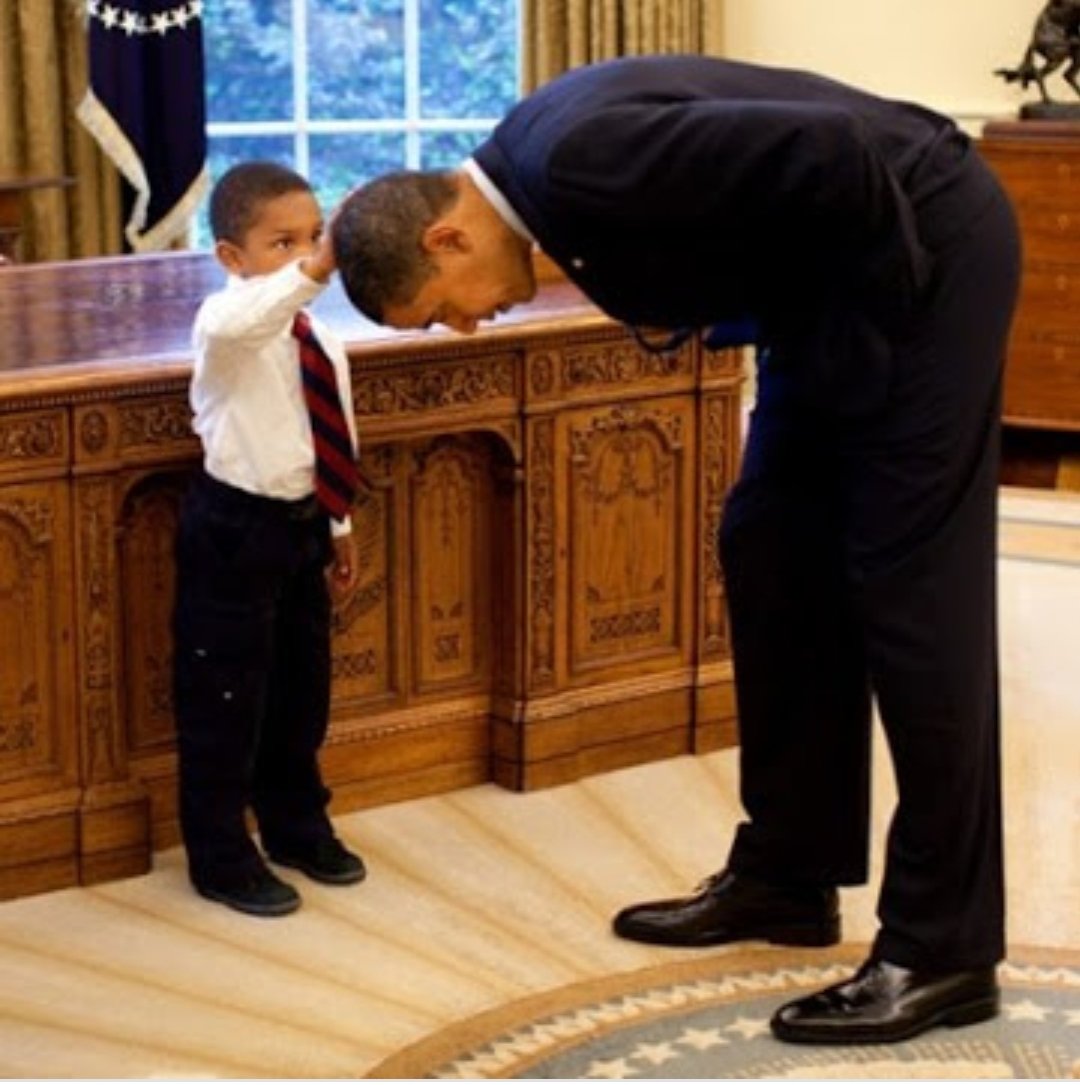 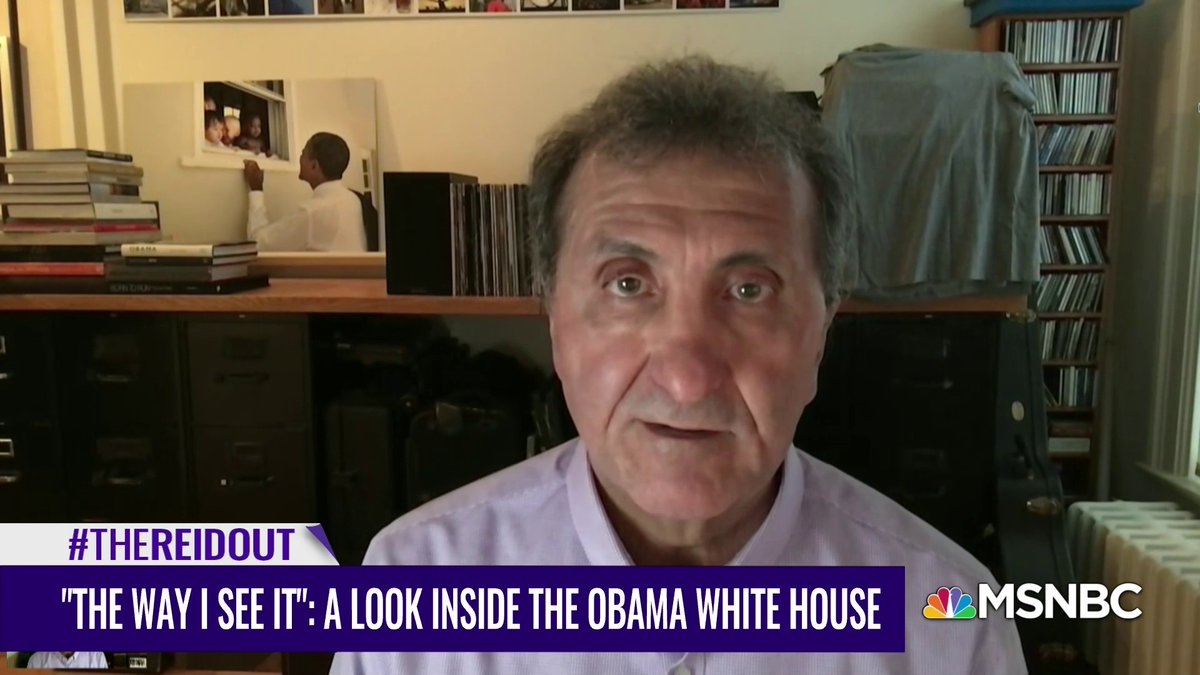 CJ 🌊
@CJ_isnowblue
Watching The Way I See It. Pete Souza captured so many beautiful moments. I’m tearing up bc I miss the Obama family so much. I miss normalcy. I miss kindness. I can’t wait to have that again in the WH with Biden!
17 Oct, 02:09 AM UTC

Chuck Todd’s Cat
@ChuckToddsCat
Tears streaming down my face at this beautiful documentary by Pete Souza. We are a grieving nation, trying to move forward. This glimmer of hope from the past, is absolutely everything. Thank you Mr. Souza. @PeteSouza #TheWayISeeIt

Nick Walden Poublon
@NWPinPDX
Watching the documentary by Pete Souza, Obama’s photographer, on @MSNBC and all I can say is — my god — I miss President Barrack Obama.
17 Oct, 02:08 AM UTC

American Veteran
@amvetsupport
Watching the pictorial anthology of President Obama by Pete Souza, it brought me back to the time when we had a good, honest, empathetic man as our President. Not this lying, dysfunctional coward who is there now. We have to vote him out.
17 Oct, 04:02 AM UTC

diane #ForAll straub
@didikins4life
“The presidency deserves someone who is competent & honest. Someone who has empathy & compassion. Someone who upholds the dignity & shows respect to,the office.Someone who has character & knows ultimately the presidency isn’t about him (or someday her),but about us.” ~Pete Souza https://t.co/eEmnJMi6Sx
16 Oct, 01:23 PM UTC

Claudia~ OperationMaskAmerica
@JustClaudia3
AFTER WATCHING "The Way I See It" by Pete Souza, the stark difference between President Obama and trump was so jarring! I don't hate people, but I've come close to it with trump... I will always look to Obama for hope.. And Biden for our future. #Vote #BidenHarris2020
17 Oct, 04:37 AM UTC

MarieBrennan
@MarieB6860
Just got through the @PeteSouza documentary (had to stop it several times to wipe away the floods of tears). My God, that was glorious! How far the nation has fallen from that golden time. Thank You Pete Souza - from the bottom of my heart. ❤️❤️❤️ #TheWayISeeIt
17 Oct, 03:55 AM UTC

Ellen McDaniel-Weissler
@McDanielWeissle
Weeping throughout Sandy Hook section of Pete Souza documentary. So clear to me this doc isn't about Souza or Obama at all - it is completely about Donald Trump. It is about contrasting empathy and humility with cruelty, barbarism and ego. It is about hope.
17 Oct, 03:17 AM UTC

SafetyPin-Daily
@SafetyPinDaily
I photographed Obama and Reagan. Here's why Trump's White House is a national disgrace. || By: Pete Souza https://t.co/lgIszcs8Mb
17 Oct, 06:15 AM UTC

Jax
@JaxsonAgincourt
Watching the Pete Souza (Obama WH Photographer) on MSNBC. It's a tear-jerker. Obama was truly the President for the Nation we ASPIRE to be. Vote Blue. Elect Joe. Eject the Trash.
17 Oct, 03:12 AM UTC

Blue Lady
@brill_leah
@TheRealHoarse @CBSNews What you missed was Pete Souza (Pres. Obama’s photographer) & an incredible movie about Obama. So magnificent! It was on MSNBC & I recorded it, if you think of any way we can share that. Otherwise, check YouTube just in case. It was incredibly moving. “The Way I See It!” Awesome!
17 Oct, 04:27 AM UTC