Pickford is trending on Twitter. Popular tweets on Pickford.

@JamesPearceLFC
#LFC have tonight asked the Premier League for an explanation over the use of VAR in the Goodison derby. They want clarification over why Pickford wasn't sent off, what part of Mane's body was deemed offside and the selection of the freeze frame for that decision.
17 Oct, 05:15 PM UTC

@RyanMason
Just seen the Pickford tackle 👎🏻 could end a career that, terrible terrible tackle ! He has done it before & will do again !
17 Oct, 01:40 PM UTC

@piersmorgan
If Pickford did that in the street, he'd be arrested for assault. Ridiculous he wasn't sent off. https://t.co/eNFBybzrbs
17 Oct, 12:22 PM UTC

@JamesPearceLFC
Klopp on Van Dijk/Pickford: "Pickford kicks him completely. I need to watch it back. I've seen the disallowed goal at the end and in the picture I saw it wasn't offside. Can someone explain that to me?"
17 Oct, 01:44 PM UTC

RiZzy🔴
@RiZzyUTD
I’m convinced Pickford, Adrian and Kepa are in a secret competition for who can be the worst keeper of all time
17 Oct, 03:21 PM UTC 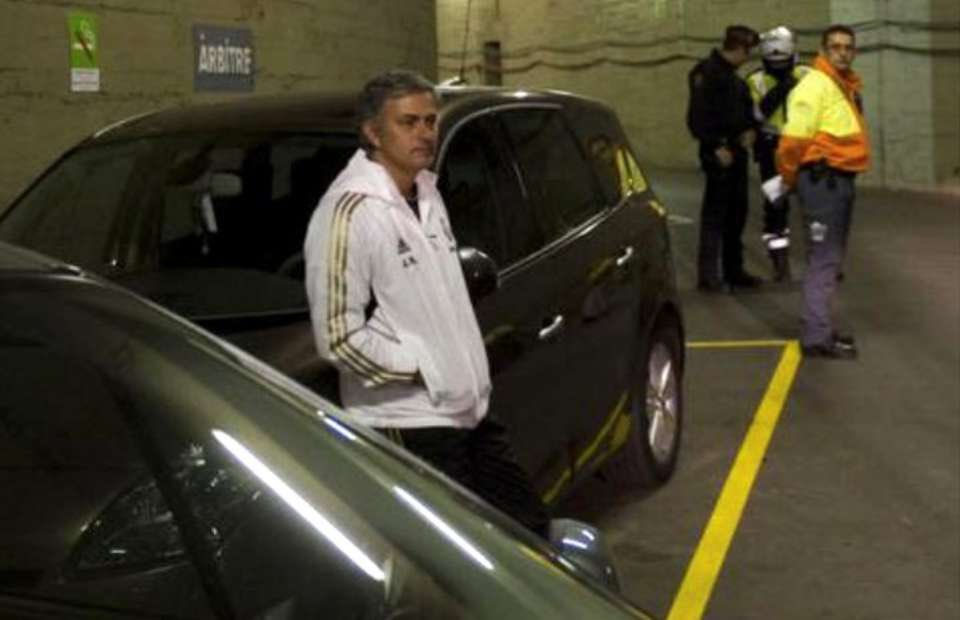 @BeardedGenius
I think the decision not to punish Pickford because Liverpool were offside should be rolled out to all games. There could be a 10-second window after every offside where you're allowed to beat the shit out of each other. No holds barred
17 Oct, 12:02 PM UTC

Ryan. 🔴
@Vintage_Utd
Virgil van Dijk out Injured for the next 8 months? Wow. If I were Jordan Pickford, then I’m hiring body guards to watch my back 24/7 for the next decade. He will not be making it out of the hood alive.
17 Oct, 05:43 PM UTC

@FootyAccums
David Coote was the man on VAR for Everton v Liverpool today. He was reportedly so distracted by trying to work out if van Dijk was onside or not that he didn't even bother to review the 'tackle' from Pickford afterwards. Ladies and gentleman... The Premier League™ 😅 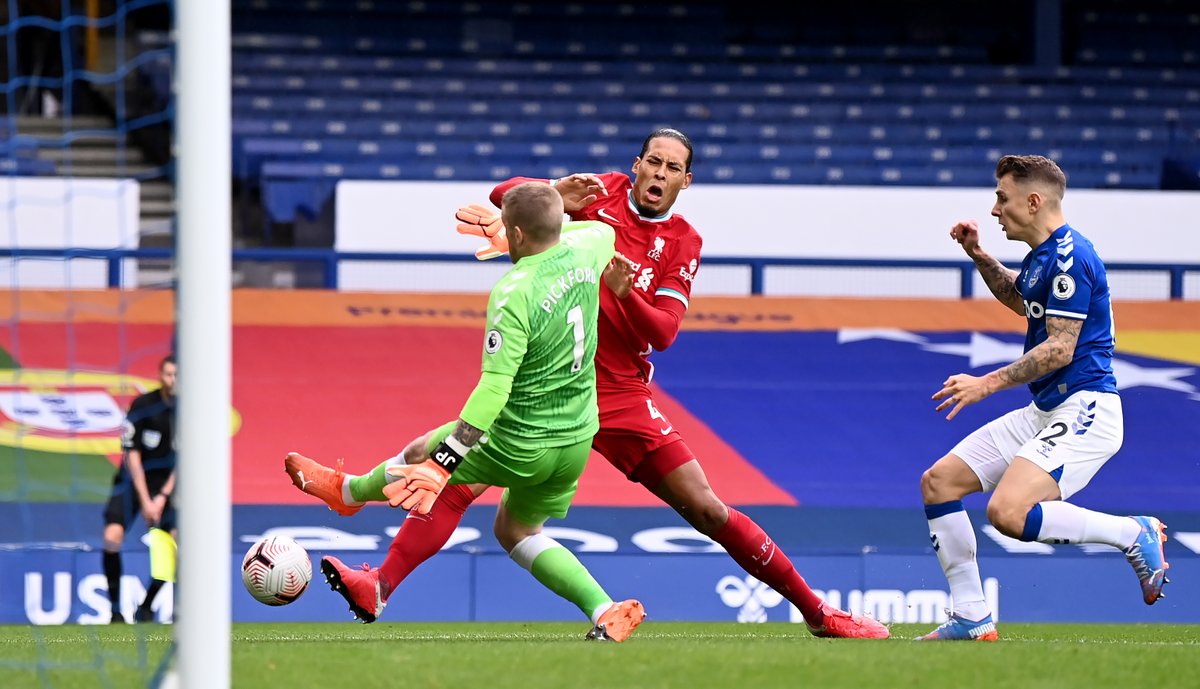 Andy Hunter
@AHunterGuardian
Liverpool have asked the Premier League to review the use of VAR in the derby, in particular the failure to scrutinise Pickford's foul, which part of Mane's body was offside and the moment VAR decided to freeze the frame.
17 Oct, 05:03 PM UTC 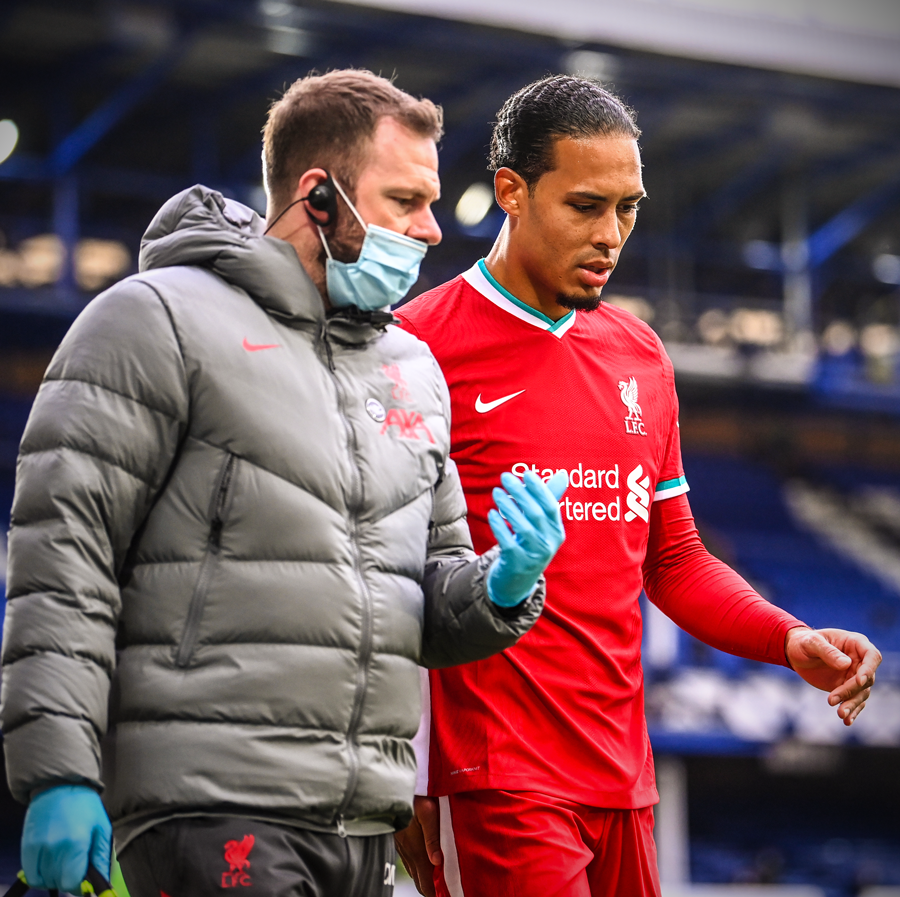 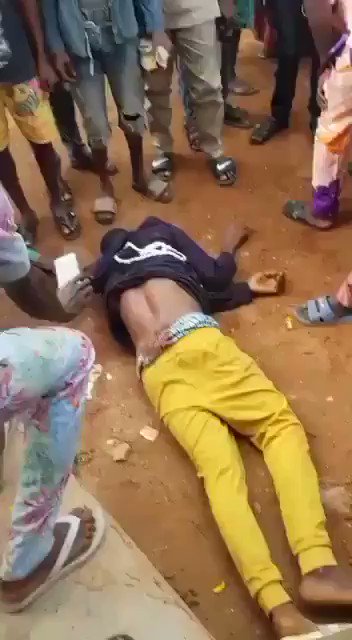 @btsportfootball
"He could have easily been sent off." "I'm very surprised it's just been forgotten about?" Jordan Pickford's challenge on Virgil van Dijk did not look good 😬 Should VAR have stepped in after this? 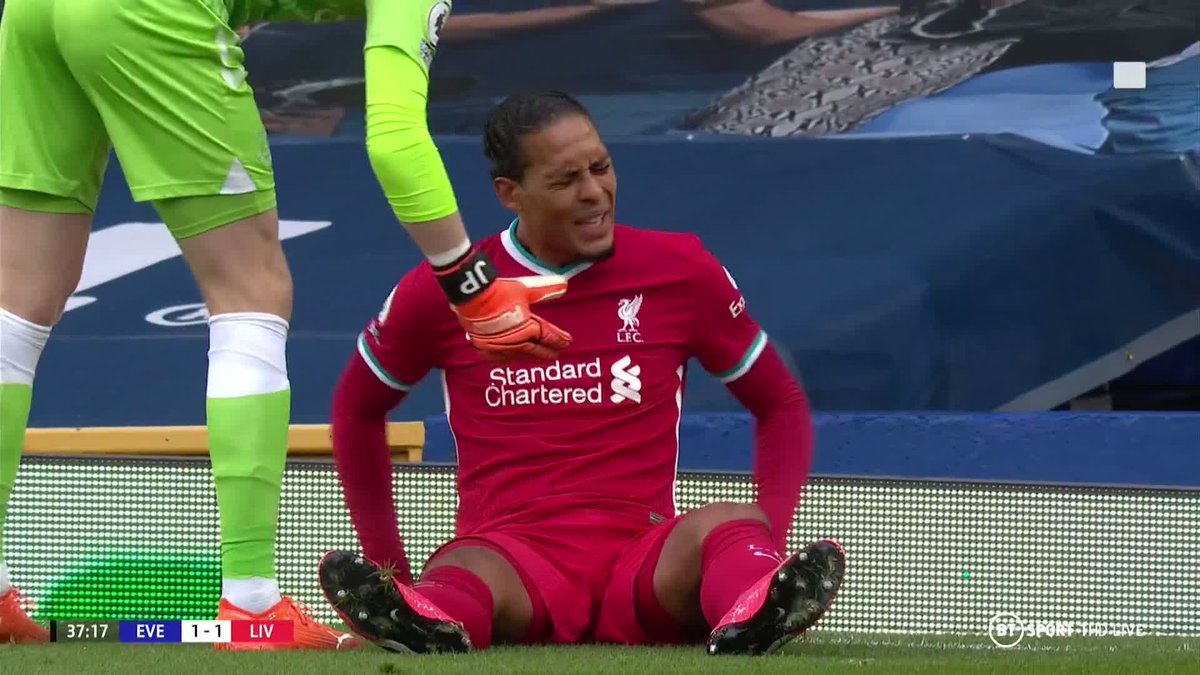 @tomwfootball
Mistimed that one ever so slightly, Jordan Pickford 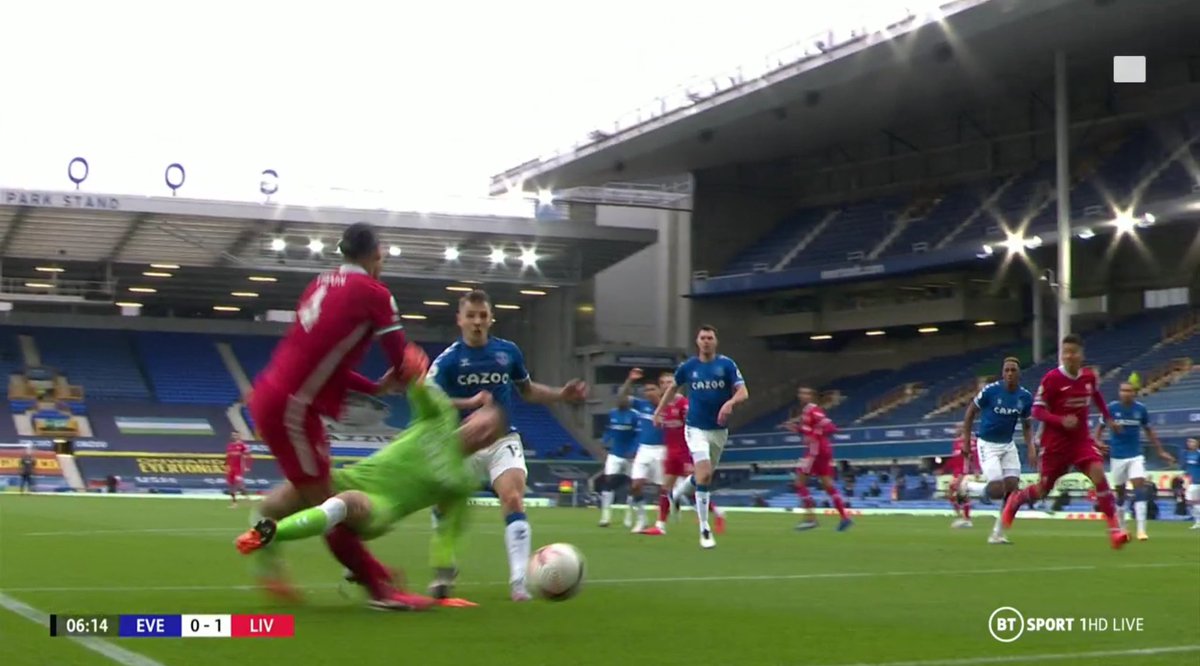 @TheAthleticUK
The VAR did review Jordan Pickford's tackle on Virgil Van Dijk but decided it was not a red card, The Athletic has been told. #EVELIV https://t.co/GCCtYY5KHT
17 Oct, 04:10 PM UTC 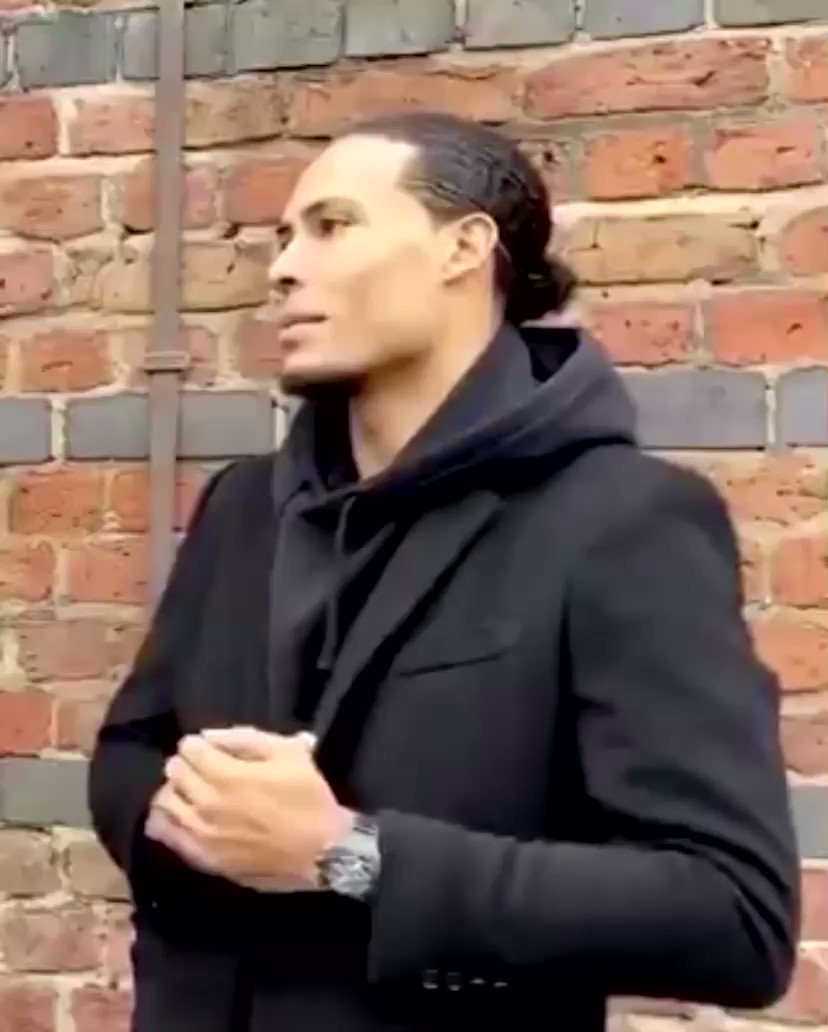 @DaleJohnsonESPN
Clarification on Pickford/Van Dijk.... we all get one wrong now and then. Pickford could have been sent off (probably should have been). Had it confirmed that the VAR, David Coote, did NOT check for a red card. Appears he was too concerned with the offside. #EVELIV
17 Oct, 12:47 PM UTC 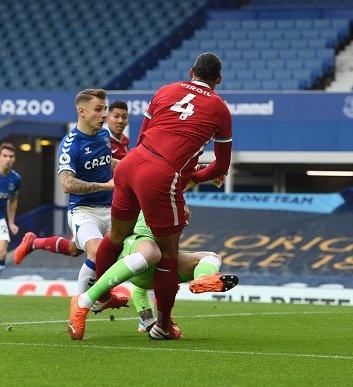 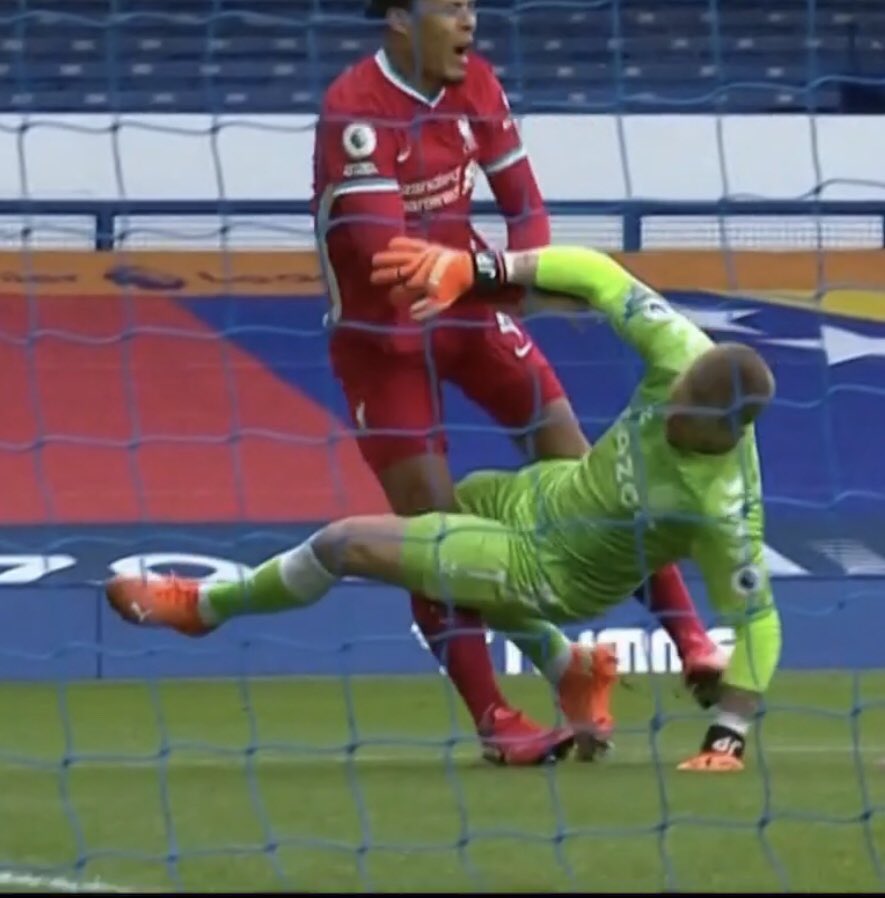 The Tactical Times
@Tactical_Times
I've seen the two tackles, on van Dijk from Pickford and on Thiago from Richarlison, for the first time since watching the game, and both, genuinely, look deliberate to me. Everton don't want that reputation. Ancelotti is better than that. Stupid, stupid challenges, both of them.
17 Oct, 07:47 PM UTC

@JanAageFjortoft
...been following the discussion about Pickford’s challenge.....of course it’s RED. If VAR have a tunnel-vision ....well....then VAR have a BIG problem... Of course Pickford didn’t want to injure van Dijk....but with that speed....it could have been career-threatening
17 Oct, 07:52 PM UTC

@rickedwards1
If what I'm hearing about Van Dijk's injury is true, I obviously don't wish any physical harm on Pickford (I'm not a psycho), but I DO really hope he continues to flap those rubbery arms around and concede many, many goals until he gets dropped and sold.
17 Oct, 07:04 PM UTC