Poch is trending on Twitter. Popular tweets on Poch.

ManUtdSense
@SensibleUtd
"Poch would win the league with the squad Ole got" Laughs in Mbappe and Neymar.
04 May, 08:48 PM UTC

Philzy
@Philzeyyyy
I asked United fans in 2019 what will Poch offer with Lingard Young and McFred if he's manager & they told me he "improved Son & Kane". this same Poch guy is looking lost With Neymar & Verratti against the same team Ole used McFred to bully. I love me some poetry
04 May, 07:54 PM UTC

🥷🏽ToTo🌊
@UTDkingsley
Hopefully Man Utd fans that were twerking for Poch to replace Ole are having some shame lol man can’t even beat Man City with Neymar, Di Maria, Verratti & Kimpembe who get world class shouts lol Ole did it with McFred, Dan James & a “Fridge” 😂
04 May, 08:47 PM UTC

@GrahamRoberts4
Watching PSG no discipline in the players Poch get out of there and come home your wasted there
04 May, 08:52 PM UTC

@MrStephenHowson
Poch finished 3rd in a two horse race and could be about to finish 2nd in a one horse race. You have to love the drive to fail better. Hero. 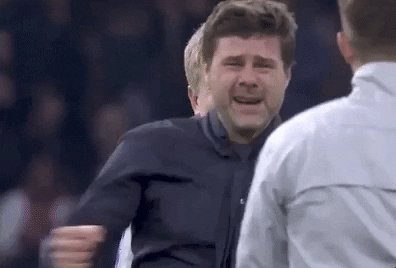 20LEGEND
@20LEGEND__
If Poch can’t beat City over two legs with that PSG team, how do people expect he is going to win the league over a full season against City in the premier league. Lots of respect for Poch but this idea that our squad would win the league under him is ridiculous.
05 May, 03:57 AM UTC

Devil In The Details
@DevildetailsMU
Manchester United not Ole? Pep just brought on Sterling and Augero off the bench they’ve built this squad over 5 years and it’s stacked with talent from top to bottom. One thing I do know for certain Poch could learn a thing or two from Ole on how to beat Pep. #GlazersOut https://t.co/L0LpuQpPr3
04 May, 08:49 PM UTC

Bargo
@CfcSensible
@Blue_Footy Respect Poch. Obviously it was a mistake to sack Tuchel. But tonight, the players failed him. They're pretty weak with regards to their mentality.
04 May, 09:09 PM UTC

Santiago 💡
@Joachimdominic9
@Philzeyyyy Lucas sent Tottenham to final in 2019 and PSG thought it was all Poch. The same man that benched Lucas to play unfit Kane via the finals. Never rated Poch only that he has a good stylist. PSG sacking Tuchel for Poch is still unbelievable.
04 May, 10:46 PM UTC

Marq
@hahmed3173
@CFCHakim_ @CFCRyan__ We probably were but my point is that people saying poch is shit after losing to a superior side and not having a lot of time, tuchel is obviously better but I already see people saying poch out when it’s the sqaud
05 May, 05:11 AM UTC

.
@a_desperately
@srineevasfcb @AlexNSI13 PSG were missing half of their starting XI when facing Bayern as well, with the players we fielded you should have still beat us tbf. Poch schooled Barca at the Camp Nou 4-1 with us genuinely dominating play and we even played City out the park in the 1st half of the 1st leg.
05 May, 04:59 AM UTC