@TrueNorthCentre
“If there was ever a time for a prime minister to step down, now is that time.” In her closing statement to the Public Order Emergency Commission, Convoy lawyer Eva Chipiuk calls for Prime Minister Justin Trudeau to resign. #POEC 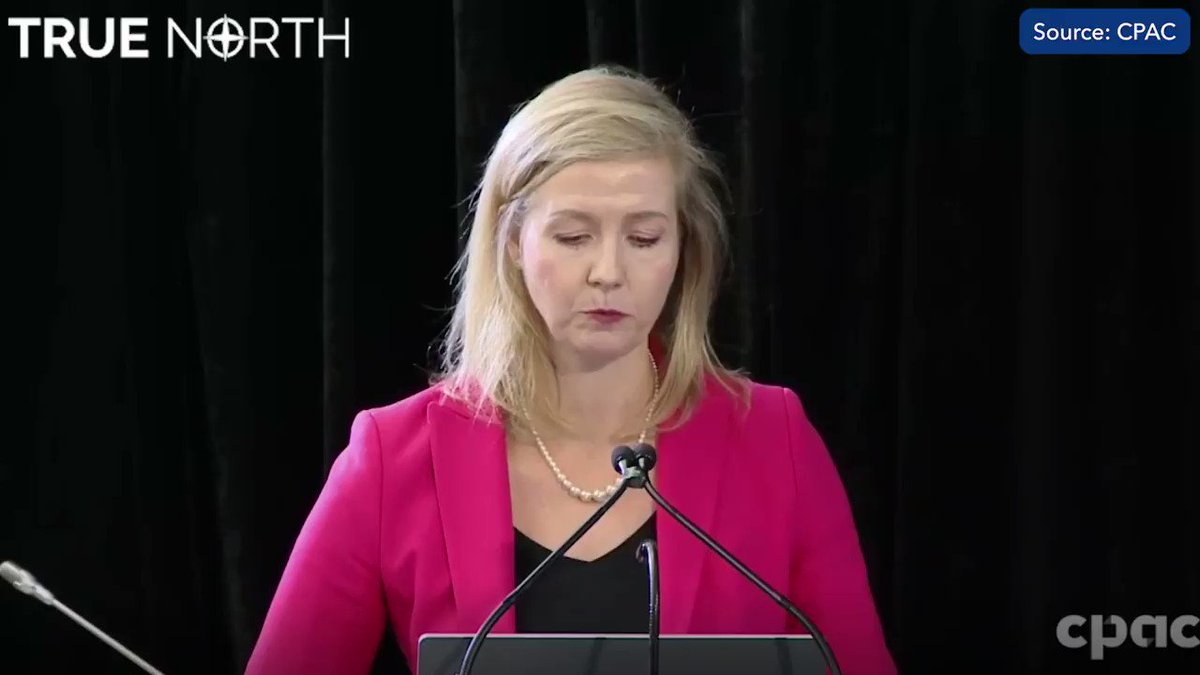 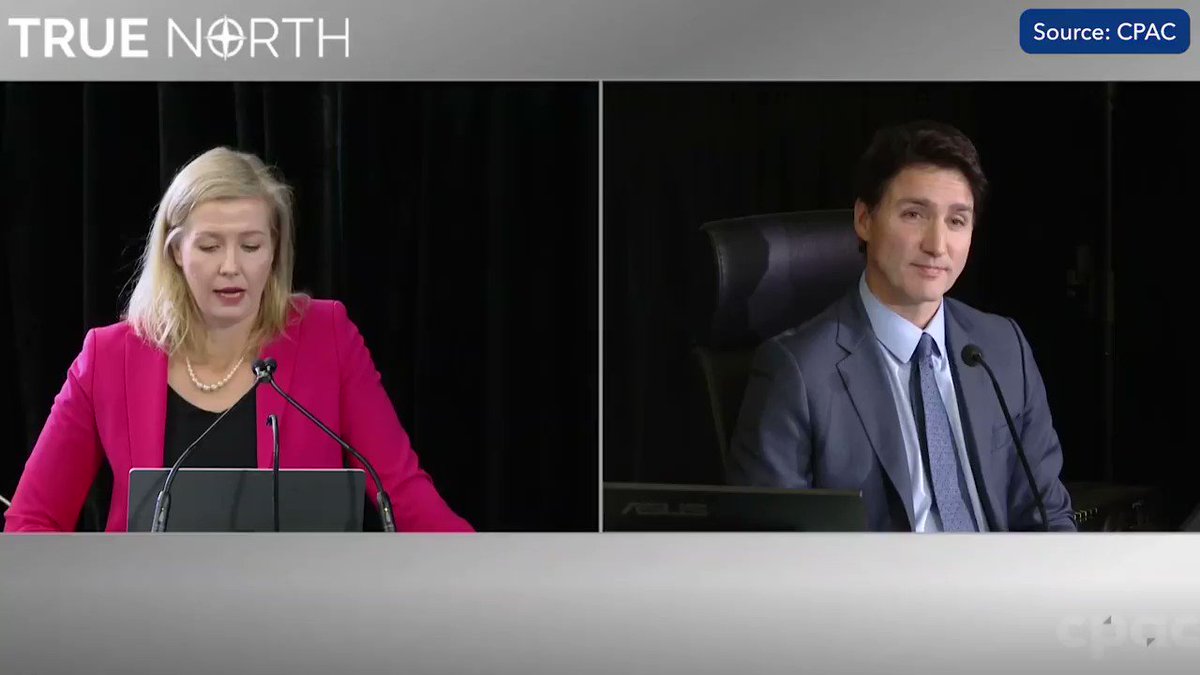 The Real Andy Lee Show
@RealAndyLeeShow
Justin Trudeau told the Commission to read this plan in his earlier testimony. It’s fully redacted. Watch him smirk while waiting for the objection when asked if he would release the information in the interest of transparency: #POEC https://t.co/oh4GZCGjq6
25 Nov, 06:24 PM UTC

Alexandra Lavoie
@ThevoiceAlexa
You are right Mr. @justintrudeau, you would never call unvaccinated names, right? This is just one of the multiple instances where you ”didn’t” call unvaccinated Canadians names! #POEC https://t.co/UYp3kziVRt
25 Nov, 08:12 PM UTC

Salman Sima
@SalmanSima
On Black Friday Crime Minister @JustinTrudeau testified at the Emergencies Act Public Inquiry. We held the line for freedom in front of the #POEC venue in Ottawa. He needs to be held accountable for invoking the War Measures Act against peaceful protesters. #TrudeauMustGo https://t.co/zGYfHQNB6C
25 Nov, 08:37 PM UTC

@grahamctv
Trudeau’s story so far: the cops didn’t act and things were getting worse, not better. So I invoked the Emergencies Act and I’m fine with it #ottnews #ottawa #POEC #onpoli #cdnpoli
25 Nov, 04:37 PM UTC

The Real Andy Lee Show
@RealAndyLeeShow
“There was a sense that this was a broadly spread thing, and the fact that there was not yet any serious violence that had been noted was obviously a good thing, but we could not say that there was no potential for threats of serious violence.” So... it was peaceful then? #POEC https://t.co/QcNjyYn4c5
25 Nov, 04:46 PM UTC

Indie News Now
@IndieNewsNow22
#POEC - Eva Chipiuk asks @JustinTrudeau the Questions most Canadians would like him to answer. As one would expect. He sticks to his rhetoric. Thanks @forevaeva79 https://t.co/iRht6hGtUe
25 Nov, 07:47 PM UTC

@brianlilley
On Friday, @JustinTrudeau gave the performance he needed to for his government and party. He didn’t put forward a convincing argument that he was justified in invoking the Emergencies Act though which is what the inquiry is about. Read & RT #cdnpoli #poec https://t.co/Q23WTjjJyW
26 Nov, 12:04 AM UTC

Meanwhile in Canada
@MeanwhileinCana
Prime Minister Justin Trudeau was asked why he didn't personally engage with the illegal occupiers: Long answer on how their message was known and their grievances were not a mystery. "they didn't just want to be heard, they wanted to be obeyed." Exactly. #POEC https://t.co/wVNxccgHWR
25 Nov, 05:05 PM UTC

Kris Eriksen 🇨🇦
@KEriksenV2
There is no doubt in my mind that there was no legal basis for invoking the Emergencies Act. We knew this beforehand. Trudeau deployed it because he is a tyrant and he knew momentum was growing with each passing hour. Jagmeet and the NDP are also a national disgrace. #POEC
26 Nov, 01:34 AM UTC

Stacey
@StaceyMonette27
Why is Trudeau answering questions in French when he’s being asked the questions in English? #POEC #EmergenciesActInquiry #FreedomConvoy
25 Nov, 02:39 PM UTC

Jodi Bruhn
@stratejuste
According to GoC database, 80 percent of Canadians have not received a booster in the past six months. That's a lot of "vaccine hesitant," Mr PM. Or are the 80 percent now racists and misogynists? #POEC
25 Nov, 08:12 PM UTC

Scott Reid
@_scottreid
It escapes me how any rational observer could conclude this past week was anything but a thorough success for the government. Not in the sense of 'we won'. No one wins. But the immense jeopardy that each minister, the PM and the PMO faced was averted entirely. #POEC
26 Nov, 01:39 AM UTC

@cancivlib
Today's admission by @CanadianPM @JustinTrudeau @POECommission confirms that the threshold before civil liberties can be severely restricted in the name of public order is a high one. We maintain that the threshold was not met. #EmergenciesActInquiry #POEC #cdnpoli Reaction👇 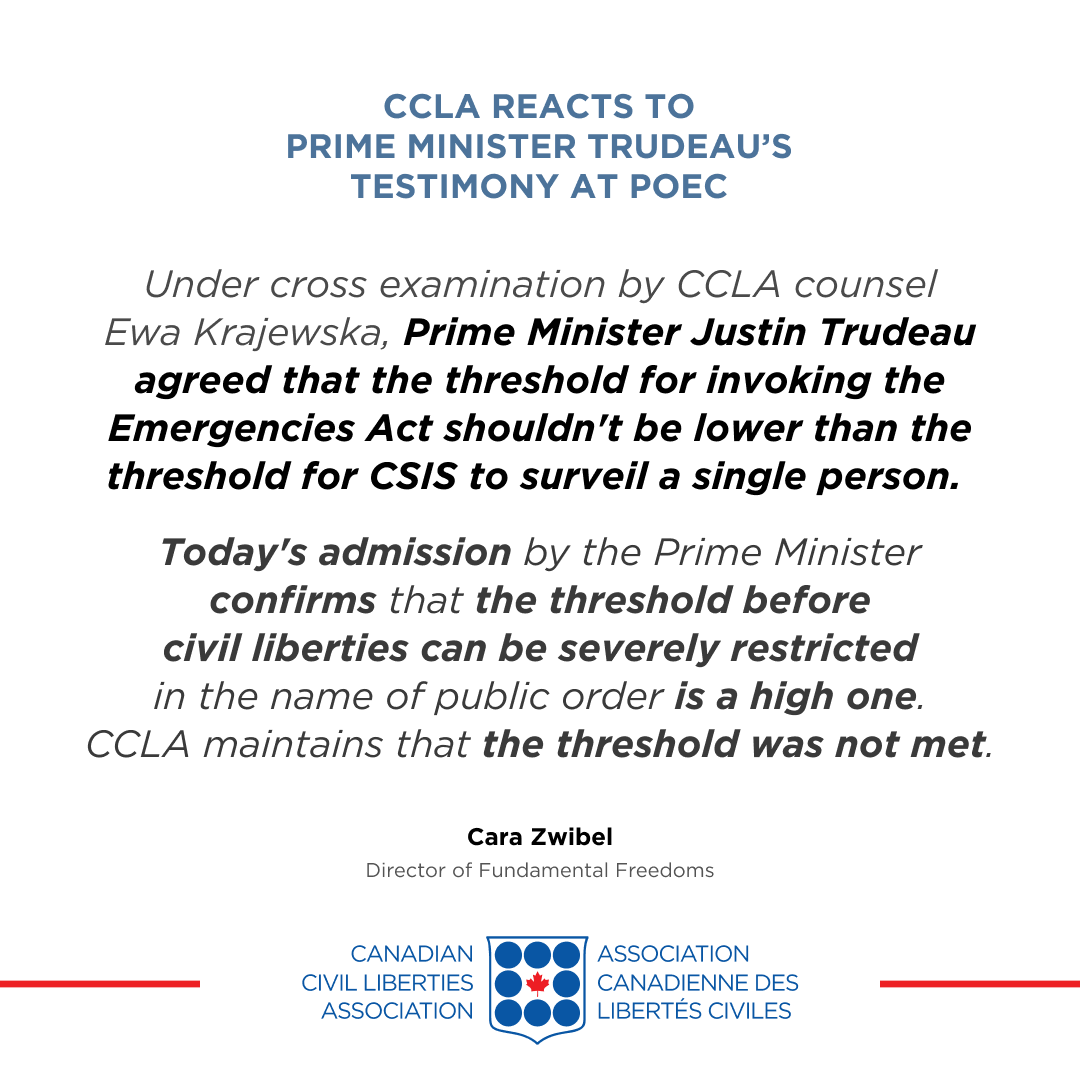 Scott Reid
@_scottreid
One of the sure tells of how profoundly capable the govt's management has been is the deafening silence from the Official Opposition. Once champions of the convoy, they are now wisely unseen. Not a word of quarrel or quibble. Poilievre smartly swallowed his whistle all week #POEC
26 Nov, 01:39 AM UTC

@JamesMelville
"I did not call people who are unvaccinated names." - Justin Trudeau Watch this video. He did. #POEC #POECommission 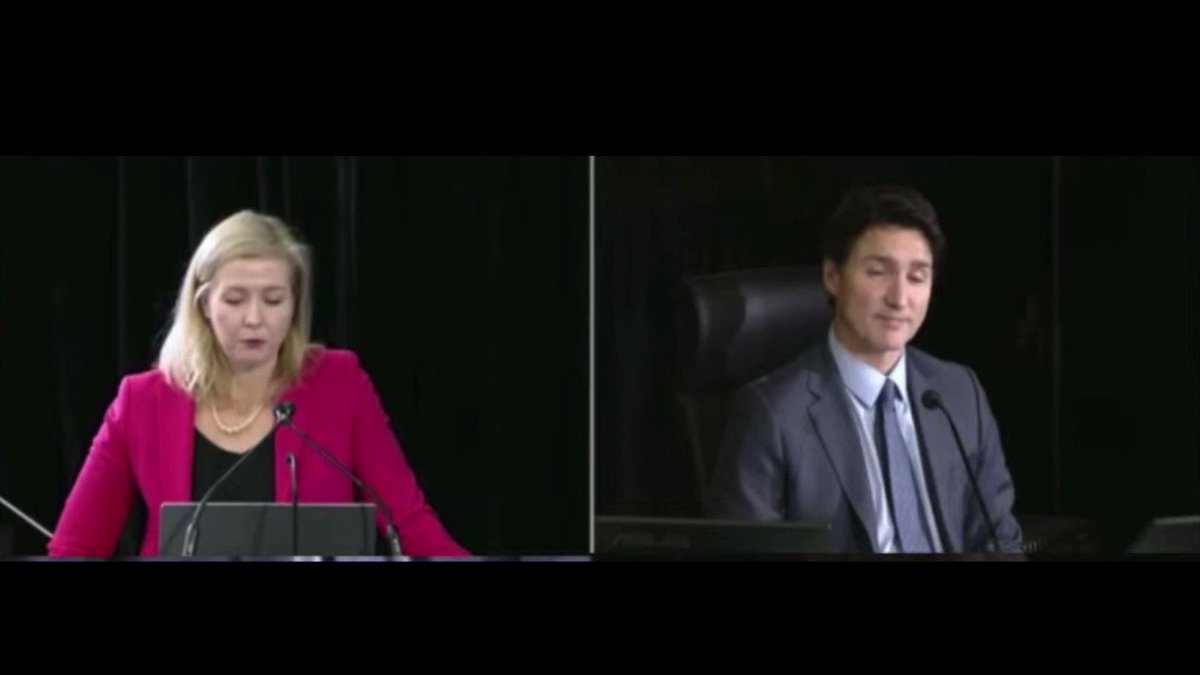 @HeatherMoAndCo@mastodon.online
@HeatherMoAndCo
The political right & malign actors, including adversaries like 🇷🇺& 🇨🇳, used public health measures as a means to sow toxicdisinformation & weaponize the public via social media manipulation in order to destabilize democracies. This was not a “protest”. #EmergencyActInquiry #POEC
25 Nov, 04:59 PM UTC

RWS
@RGBAtlantica
The majority of truckers were vaccinated and working, across the border. The Ottawa truckers was only a small, vocal minority joined by nazis, haters of govt, and conservative party leader @PIerrePoilievre supported them. These are facts. #POEC https://t.co/r9VFMRyrjF
25 Nov, 03:29 PM UTC

Blackfoot-Lakota FN’s 🪶🇨🇦🧡🇺🇸💙🇺🇦💛
@ThoughtsNations
One other issue I had with the #POEC was the amount of #FreedomConvoy participants in the inquiry room wearing “Fuck Trudeau” t-shirts. Commissioner #Rouleau should’ve had them booted out. That’s not acceptable attire for any courtroom or inquiry. 🪶😡🇨🇦
26 Nov, 09:46 AM UTC