Polaris is trending on Twitter. Popular tweets on Polaris.

Columbus Ohio Police
@ColumbusPolice
Polaris Mall will be temporarily closed until we can declare the area safe. We will provide updates as soon as we can. If you have any information on the shooting, please call Columbus Police at 614-645-4545
03 Mar, 06:06 PM UTC

Columbus Ohio Police
@ColumbusPolice
🚨Media Advisory🚨 Please be advised to stay out of the Polaris Mall area at this time. Columbus Police and Delaware County Sheriff’s Office are investigating a shooting at Polaris Mall. At this time, no victims or suspects have been located.
03 Mar, 06:05 PM UTC

💿
@kpthatkid
On god don’t come to Polaris mall this my first time and these niggas on lockdown Bc of a shooter in this bitch. On god I’m in the back room of H&M https://t.co/PSDMVWJsaD
03 Mar, 05:41 PM UTC

@10TV
#BREAKING The Columbus Division of Police has responded to Polaris Fashion Place after reports of shots fired on Wednesday. A police spokesperson said officers are searching the mall and treating the situation as an active scene. https://t.co/EDU2b62yIC #10TV
03 Mar, 05:58 PM UTC 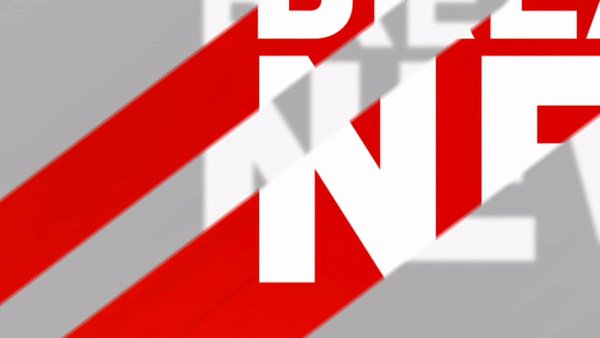 @ohio247now
Columbus Police are urging everyone to avoid the Polaris area at this time after a report of a shooting at the mall. Currently all entrances are blocked off. Both Columbus Police and Delaware County Sheriff’s Office are investigating now. Stay tuned for more. 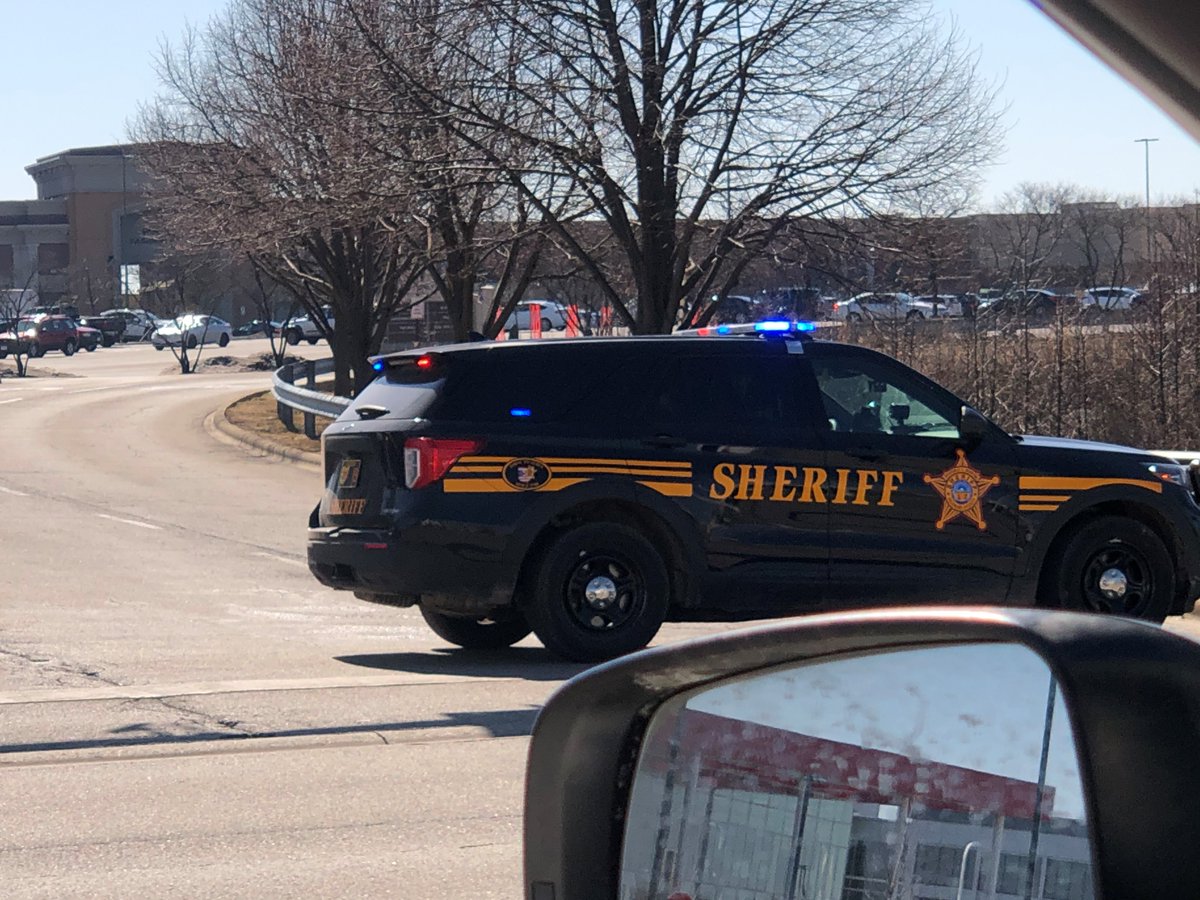 @danpearlman
POLARIS SHOTS FIRED UPDATE: Police are now letting shoppers/employees leave the mall. CPD says two suspects were involved in an altercation and at least one of those people fired shots. They are still looking for the suspects. https://t.co/MkmX0sCpNO
03 Mar, 07:40 PM UTC

@bethany_bruner
What we are hearing from police right now Re: Polaris: -There were shell casings found inside the mall, indicating shots were fired. -No victims have been located, NOT an active shooter scene -Mall is temporarily closed while police clear the area/make sure there are no victims
03 Mar, 06:29 PM UTC 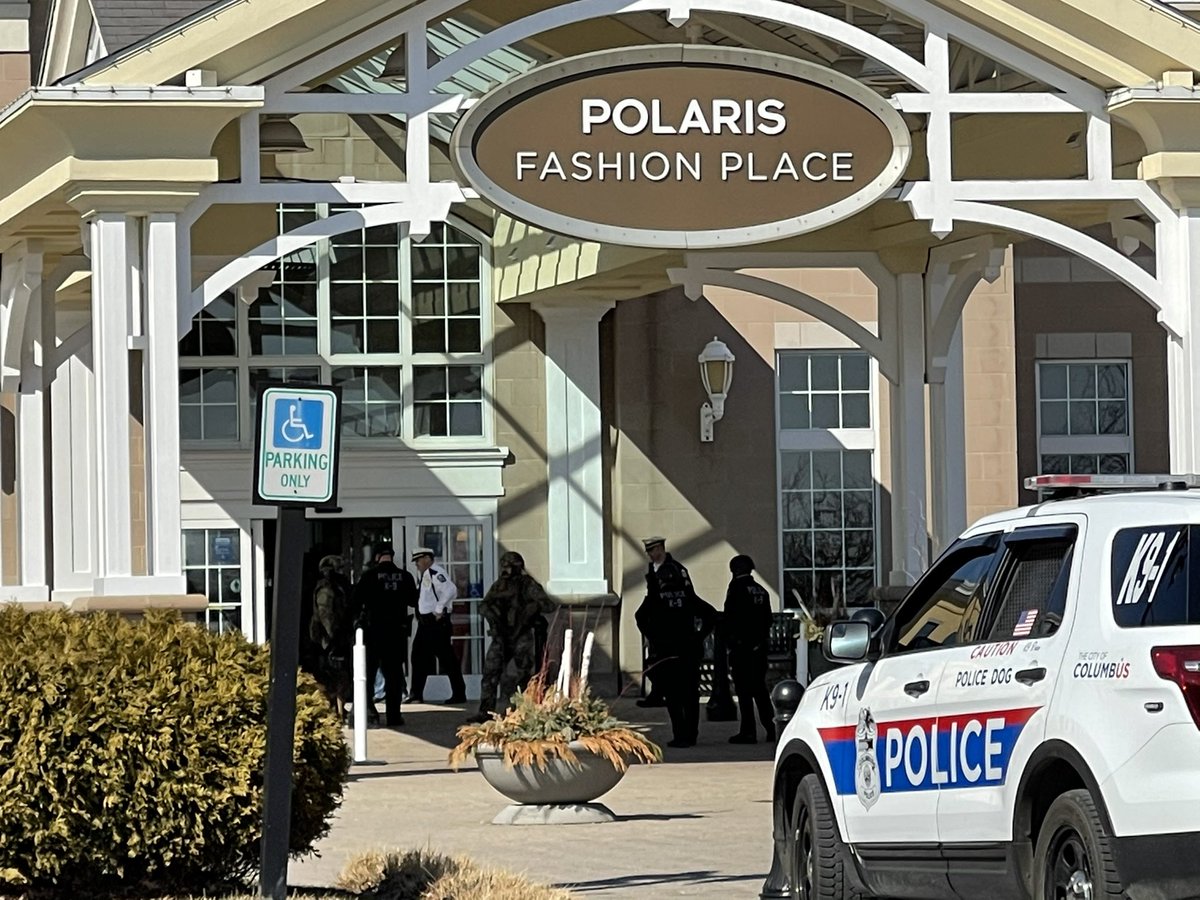 @tomwsyx6
NEW: some employees, shoppers being released from Polaris after shots fired. Mobile phone store employees just told me they heard 5 or 6 shots, saw people running, barricaded themselves in back of store. 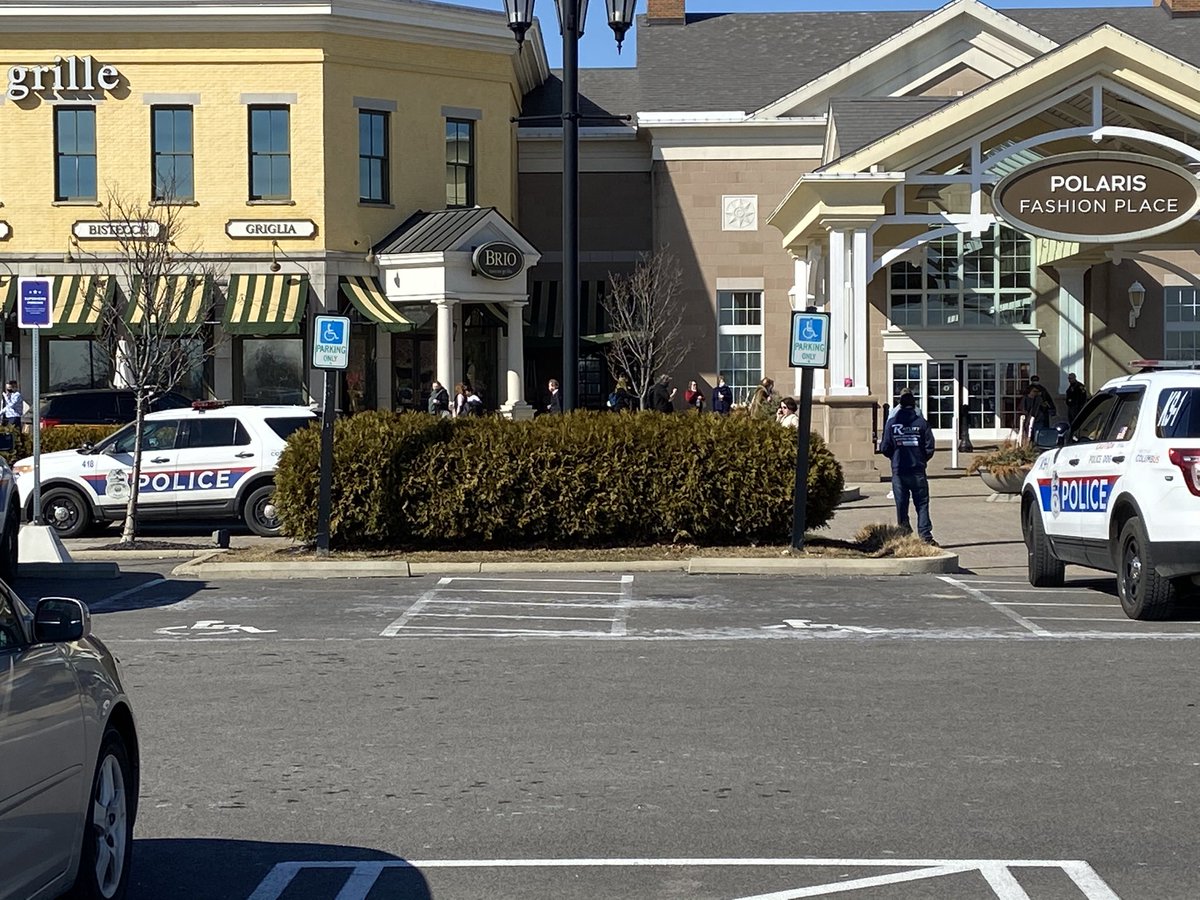 @bethany_bruner
Police from multiple jurisdictions are on scene. Police are also asking that if you do not have to be in the immediate area of Polaris to stay out of the area. Gawkers are not what they need right now to do their job and get the situation handled.
03 Mar, 06:30 PM UTC

@AngelaAn10TV
A police spokesperson said officers are searching the mall and treating the situation as an active scene. https://t.co/Bpgrnxn3bF
03 Mar, 06:02 PM UTC

@wsyx6
@ColumbusPolice @PolarisFashion @JessiStarkey COTA is also helping in the evacuation process and is providing warming vehicles for people coming out of the mall. https://t.co/V0QHaJryoN 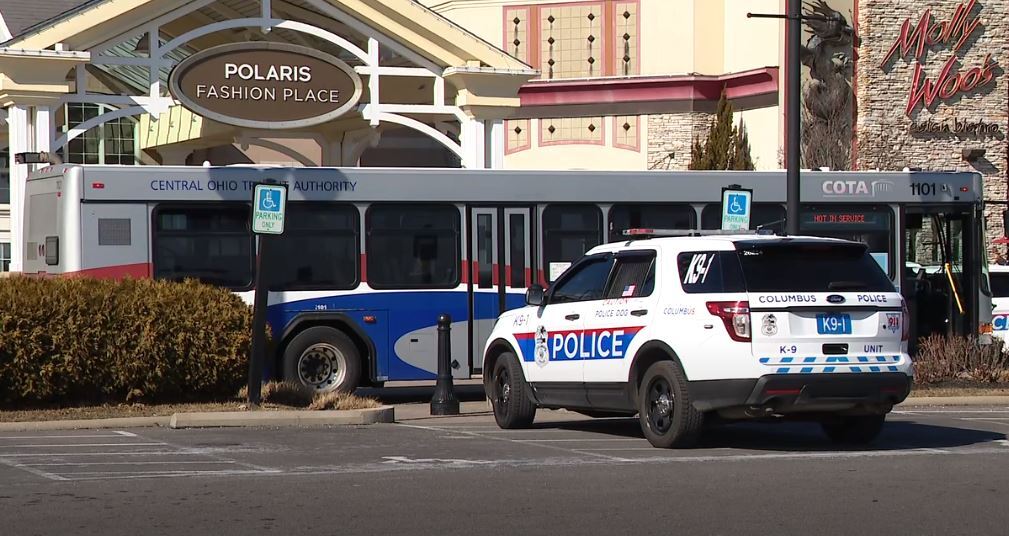 Lydia Taylor
@LydiaTaylrr
Key points: -Not an active shooter situation -They believe there are two suspects -- possible they could still be in the mall -Police believe the two people know each other -Shoppers, workers urged to meet at old Sears parking lot, 1400 Polaris Pkwy https://t.co/o3XvyZJhct
03 Mar, 07:57 PM UTC

@ohio247now
Police: the shooting at Polaris caused damage inside the mall. One kiosk in particular has sustained significant damage.
03 Mar, 08:07 PM UTC