Sister Birkin
@judeinlondon2
Would be an incredible achievement to be elected leader of your party, become Prime Minister, kill the queen, tank the pound and get fired all within one menstrual cycle. Unreal girlbossing. https://t.co/acVwIh8UPl
26 Sep, 11:19 AM UTC

Beau
@DrBeauBeaumont
BREAKING: US singer 50 Cent announces that he now wishes to be known in the UK as 1 Pound. 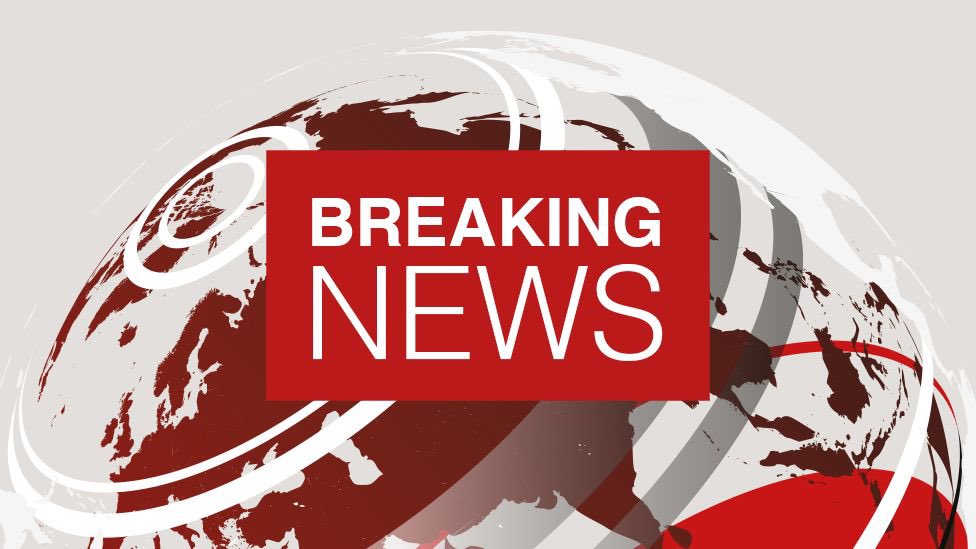 @AngelaRayner
This isn’t Bitcoin. It’s the British pound. The Tories are recklessly gambling - not with their own money - but all of ours. 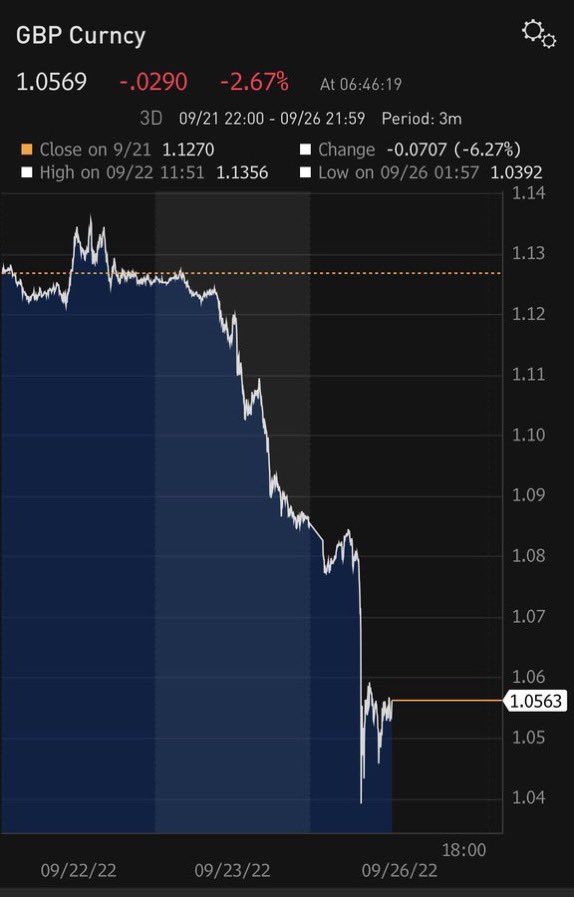 Dr Dan Goyal
@danielgoyal
Love the way Tory MPs will revolt if the pound falls further, but somehow polluting our land against our will, sending millions into poverty, allowing thousands to die waiting for hospital care, and leaving our kids saddled with decades of debt just isn’t worth making a fuss over
26 Sep, 08:41 AM UTC

Stephen Reicher
@ReicherStephen
If it is true that the Tories leaked information to Truss supporting hedge fund managers about the mini-budget which allowed them to make billions by betting that the pound will fall, then this is a scandal of Watergate proportions which should bury them for a generation https://t.co/g3S1RrIH0A
26 Sep, 10:57 AM UTC

@brianklaas
The British pound just hit its lowest level ever against the dollar, $1.04. Before the financial crisis it was as high as $2. Before Brexit it hovered between $1.45 and $1.70. $1.04 is extraordinary—and a significant factor was clearly @trussliz announcing tax cuts for the rich.
26 Sep, 05:26 AM UTC

@Peston
The Bank of England signals we are in a crisis after the emergency budget and says it won’t hesitate to put up interest rates - and the pound falls again. Which shows the Bank and Chancellor both have serious credibility problems. Worrying
26 Sep, 04:18 PM UTC

@mrmarkdolan
🚨 QUICK REMINDER The challenges for the pound are because we borrowed £500 billion, in a failed attempt to stop a predominantly mild, seasonal respiratory virus. 💰🦠😷
26 Sep, 11:44 AM UTC

Supertanskiii
@supertanskiii
Would you be surprised to discover Tory MPs were tipping off hedgefunders or tanking the economy on purpose? Those shorting the pound are linked to specific political decisions and specific MPs. This was what Brexit was about, read JRMs dads books. I say we arrest them. https://t.co/hqtG8NghFz
26 Sep, 07:39 PM UTC

Bamsee Blaster
@khalnero
Me at the Queen’s grave telling her the dollar is about to overtake the pound https://t.co/uDUKiygLCN
26 Sep, 02:17 AM UTC

Dominic Minghella
@DMinghella
BBC news reporting that the Chancellor is 'refusing to comment' on the financial crisis he's precipitated. Just as well. Last time he opened his mouth, the pound suffered its sharpest fall in fifty years. All we need to hear from Kwarteng is his resignation.
26 Sep, 01:03 PM UTC

Supertanskiii
@supertanskiii
This could be huge An investigation could be on the cards after Labour calls on the U.K. securities market regulator to probe whether the budget was leaked to investors with privileged ties to the government. https://t.co/70T7qxeVoj
26 Sep, 02:59 PM UTC

Richard Murphy
@RichardJMurphy
The Bank of England has a supposed duty to control inflation in the UK, being required to ensure it runs at about 2% a year. The crash in the value of the pound this weekend makes that even more unlikely. What will the Bank do now? A short thread…..
26 Sep, 08:26 AM UTC

David__Osland
@David__Osland
Britain is the only country in the world where you can go to jail for looting a pound shop, but pocket unlimited bonuses for shorting the pound itself
26 Sep, 03:06 PM UTC

@NicholasTyrone
The Tory right fought for everything it ever wanted - Brexit, sweeping tax cuts, control of the party - and got it all. What’s the result? Soaring interest rates, the pound at its lowest ever level, interest rates out of control, financial chaos.
26 Sep, 10:01 AM UTC

Russ Jones
@RussInCheshire
36. Just before his budget, former hedge-fund manager Kwarteng met other hedge-fund managers, and by staggering coincidence when he did his budget reports said “every one of them was shorting the pound” 37. Insider trading carries a sentence of 7 years. Just making you aware
26 Sep, 04:55 PM UTC

@RamsNFL
Block a 300-pound defensive lineman, get up, make a catch. @BennySkow was on one in Arizona. 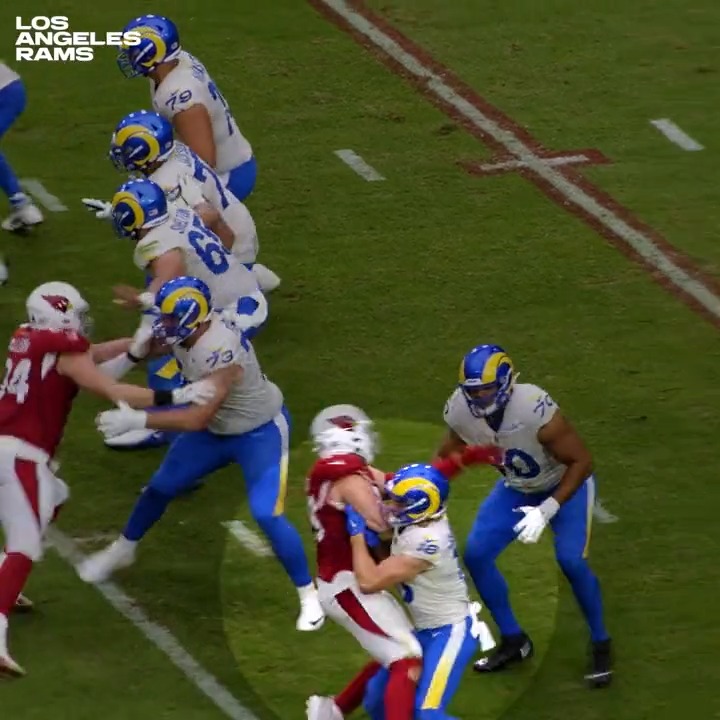 @BitcoinMagazine
The 🇬🇧 British pound is down 12% since Bank of England Governor said "Be prepared to lose all your money" in #Bitcoin and crypto.
26 Sep, 07:11 PM UTC

@timfarron
The last time the pound sunk as low as it is today, I was 15 and doing economics O’level. If I have a good search in the garage, I might find my text books in which case I’ll be happy to lend them to the PM and the Chancellor. Their need is apparently greater now…
26 Sep, 10:12 AM UTC

Russ Jones
@RussInCheshire
44. Kwarteng even managed to make the pound tank against the Russian Ruble, which I guess animated thumb Ben Wallace will now claim is proof our tanks are working 45. I present an array of opinions from Tory MPs and former Tory ministers: 46. “Liz is fucked”
26 Sep, 04:55 PM UTC

@richimedhurst
British pound tanking against the Russian ruble. Well done on those sanctions and tax cuts. 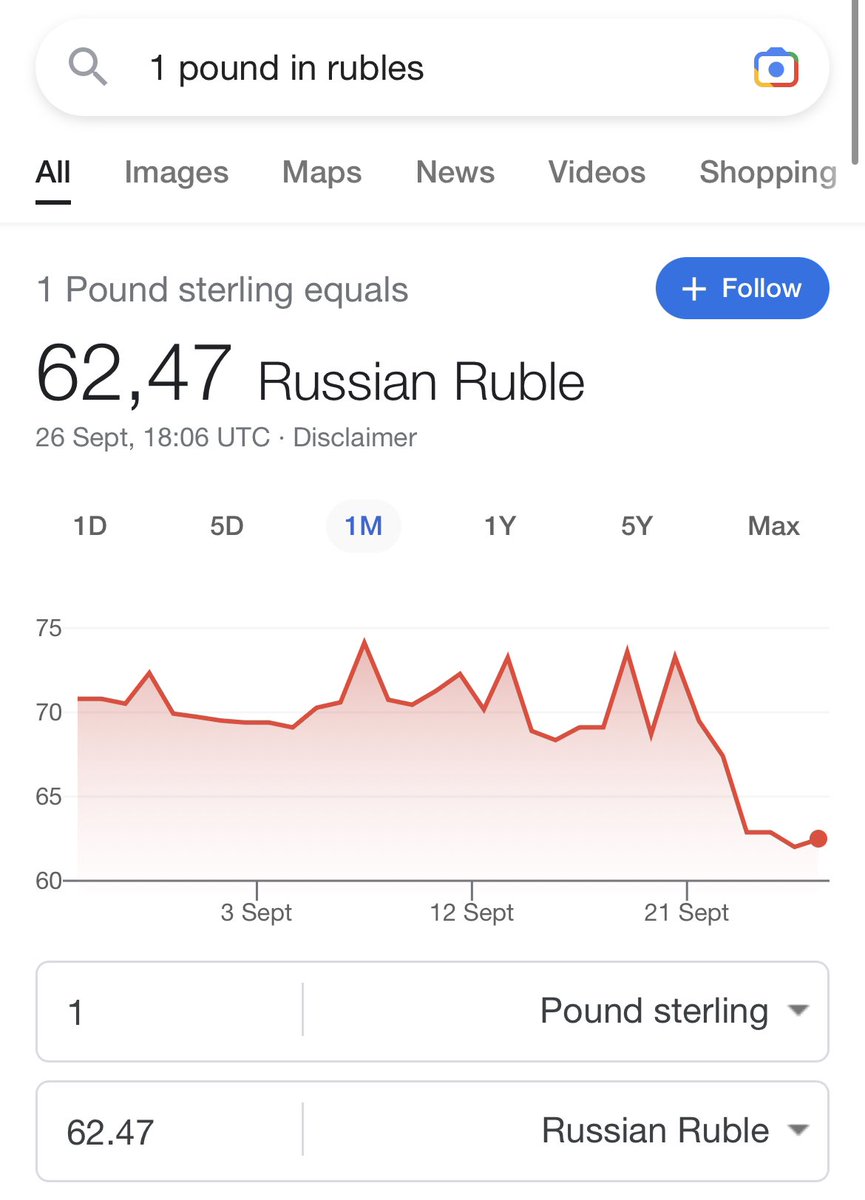 @devisridhar
“Labour opposition has called on the U.K. securities market regulator to probe whether the budget had been leaked to investors with privileged ties to the government.” https://t.co/2rqwHxtPCA
26 Sep, 06:38 PM UTC

Chairman
@WSBChairman
I guess it would be fair to call the British Pound a shitcoin now.
26 Sep, 01:46 AM UTC

@nw_nicholas
Presumably Odey had to position himself to short the pound, in which case, he must have had advance notice of what was in the budget. There’s a name for that.
26 Sep, 12:56 PM UTC