Publix is trending on Twitter. Popular tweets on Publix.

@fred_guttenberg
At least 3 confirmed dead in America's latest mass shooting. They were killed because they went food shopping. To every Senator who believes protecting the filibuster is more important than protecting the American family, we will replace you. https://t.co/g6zIMGb7zW
10 Jun, 05:01 PM UTC

@fred_guttenberg
I am receiving reports from people I know of a shooting with multiple victims at a Publix on Okeechobee in Palm Beach. If near the area, stay away!!!!
10 Jun, 04:45 PM UTC

@cnnbrk
Two people are dead after a shooting inside a Publix grocery store in Florida, officials say. The shooter is also dead. https://t.co/myCmzgp7dM
10 Jun, 04:53 PM UTC

Ricky Davila
@TheRickyDavila
Another mass shooting at a Publix in Palm Beach County with 3 reported as murdered including a child. And GQP Republicans will send out their hollow thoughts and evil fake prayers as they collect their checks from the gun lobby because that’s what it’s all about. #GunReformNow
10 Jun, 07:00 PM UTC

@Franklin_Graham
Please pray for the families of those who died in a shooting this morning at a Publix grocery store in Royal Palm Beach, Florida. May God help and comfort them. Also pray for law enforcement as they continue to investigate. https://t.co/RGb7wn0hoQ
10 Jun, 06:20 PM UTC

@AllenLEllison
According to the Palm Beach County Sheriff's Office, there was a shooting at Publix supermarket on the 1100 block of Royal Palm Beach Blvd., in Royal Palm Beach Florida. 3 people dead, including the suspected shooter. Our hearts go out to the families. We must end gun violence.
10 Jun, 06:39 PM UTC

@PBCountySheriff
Detectives are investigating a shooting that took place INSIDE Publix in RPB. Upon arrival deputies located three individuals deceased from gunshot wounds, one adult male, one adult female and one child. The shooter is one of the deceased. This was NOT an active shooter situation 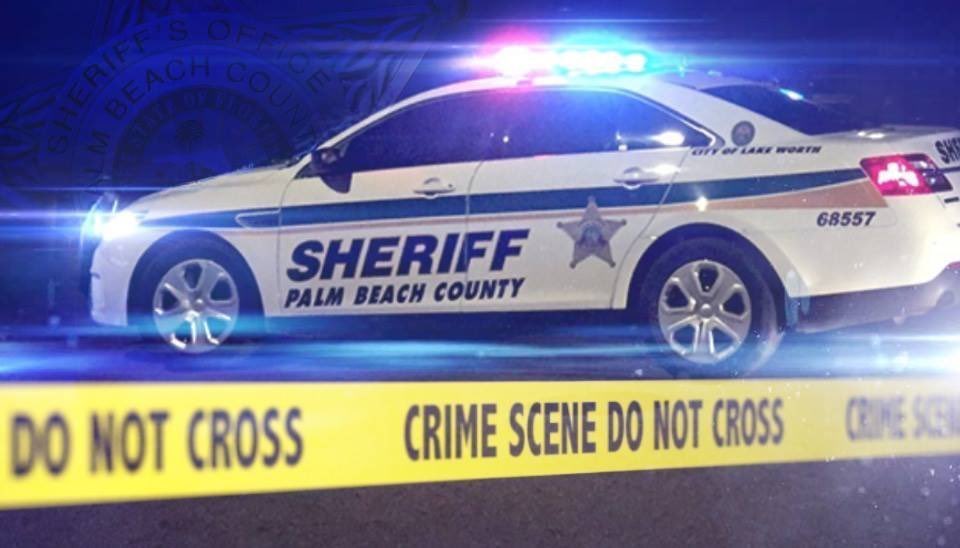 💀DeathMetalViking💀
@DeathMetalV
Oh good. A shooting at a Publix who's motto is "Where Shopping Is A Pleasure."
10 Jun, 06:55 PM UTC

Kris Brown | President, bradyunited.org
@KrisB_Brown
No one in America should fear getting shot and killed at the grocery store. Thank you to @fred_guttenberg for joining me and @bradybuzz in demanding Congress take immediate action to address our nation's gun violence epidemic. #EndGunViolence https://t.co/Sytb6X9rHQ
10 Jun, 06:30 PM UTC

@nytimes
Two adults and a child were fatally shot in a Publix grocery store in Royal Palm Beach, Florida. The shooter was among the dead, the authorities said. https://t.co/2NqyaamdIp
10 Jun, 06:28 PM UTC

@shannonrwatts
Police have not explained the relationship between the three people who died at Publix, but said they may have known each other. Two were shot and killed and the gunman then shot and killed himself. The child who was shot and killed was a toddler. #flapol https://t.co/jYBq3sFOMR
10 Jun, 06:53 PM UTC

Amee Vanderpool
@girlsreallyrule
BREAKING: Three people, including a child, have been confirmed dead after a shooting inside a Publix in Palm Beach County today. https://t.co/oBcxwCAa6M
10 Jun, 07:10 PM UTC

AsherWhites
@SethAsherW
3 dead, including a child after a shooting inside a Publix in Royal Palm Beach, Florida. #EnoughIsEnough #GunReformNow
10 Jun, 04:57 PM UTC

Amee Vanderpool
@girlsreallyrule
There was another mass shooting today at a Publix grocery store in Palm Beach, Florida today that included a child. Gun violence will not change without demanding action. This is why I publish all mass shooting incidents in my Sunday Recap every week: https://t.co/glxrMaUJ2V https://t.co/ggupTVfxuo
10 Jun, 07:16 PM UTC

Rosanna Phillips 🌊🌊🌊
@RosannaPhillip
3 people dead, including a child, after a shooting inside a Palm Beach County Publix #SmartNews Is it too soon to start talking about #GunReform now⁉️⁉️ We must be better than this😢😢😢 https://t.co/nbZgqk1kx0
10 Jun, 06:07 PM UTC

@WPLGLocal10
BREAKING NEWS: A man, a woman and a child were found dead after a shooting inside a Publix in Royal Palm Beach https://t.co/3Q5EHjRVDy
10 Jun, 04:51 PM UTC

The Jewish Ginger Resister
@EricHaftelLive
3 people are dead after a shooting inside a Publix in Florida. There were 18 mass shootings in the last week alone! Today's Publix doesn't count towards that number b/c 4 people must be killed to be a mass shooting. 2021: 260 mass shootings / 160 days #DemVoice1 #GunReformNow https://t.co/OaBBj5dV4X
10 Jun, 06:44 PM UTC

John Harris
@harris1099
Today in S. Florida, a baby was out shopping and ended up dead. @Publix, you have power to sway legislation in Florida & knowing the Republicans WON'T do anything to end the gun violence epidemic it would be a move to make a positive change. @MomsDemand https://t.co/UI0A06dlRK
10 Jun, 06:52 PM UTC