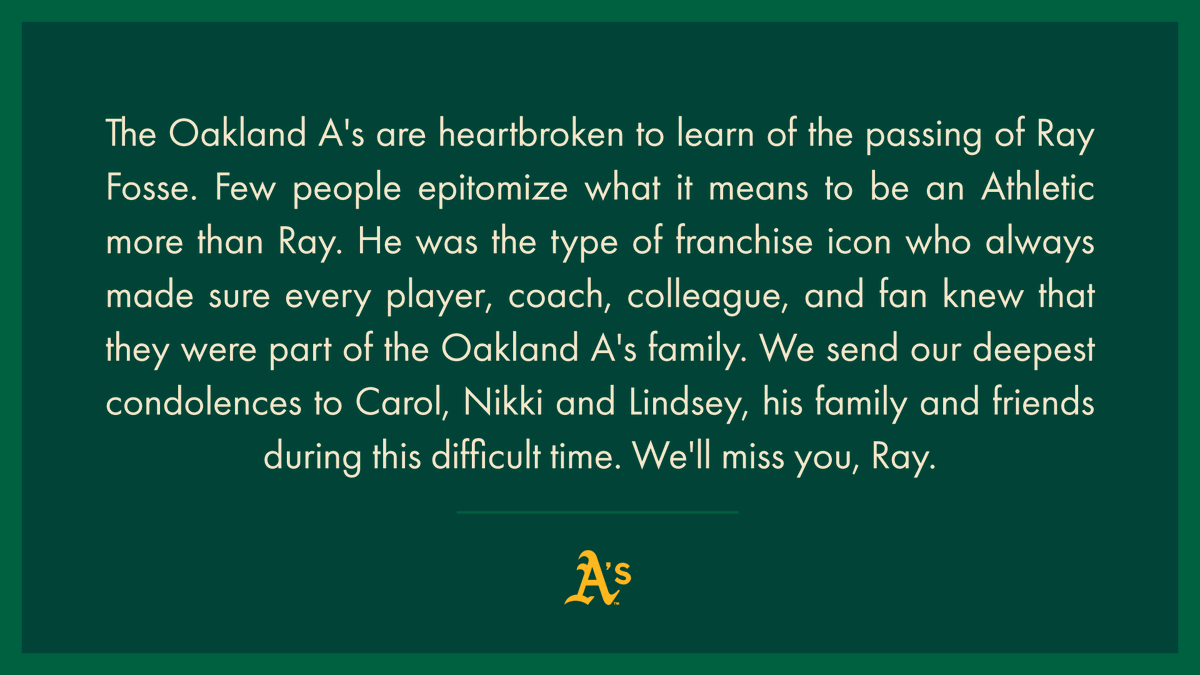 @MikeTrout
My thoughts and prayers are with the Fosse family and A’s tonight… his love and passion for the game will be missed across baseball. Rest In Peace, Ray Fosse 🙏🏼
14 Oct, 05:34 AM UTC

@susanslusser
I’m so sorry to learn that Ray Fosse has died. I learned as much or more baseball from him over 25 years than maybe anyone else in the game. His tremendous insights and his passion for the A’s will be so missed. A very sad day for the organization and for Major League Baseball.
14 Oct, 12:48 AM UTC

@NBCSAthletics
It's with immense sadness to announce the passing of Ray Fosse. Our thoughts are with the entire Fosse family, A's organization and the fans. https://t.co/hEOl9HxIZm
14 Oct, 12:54 AM UTC 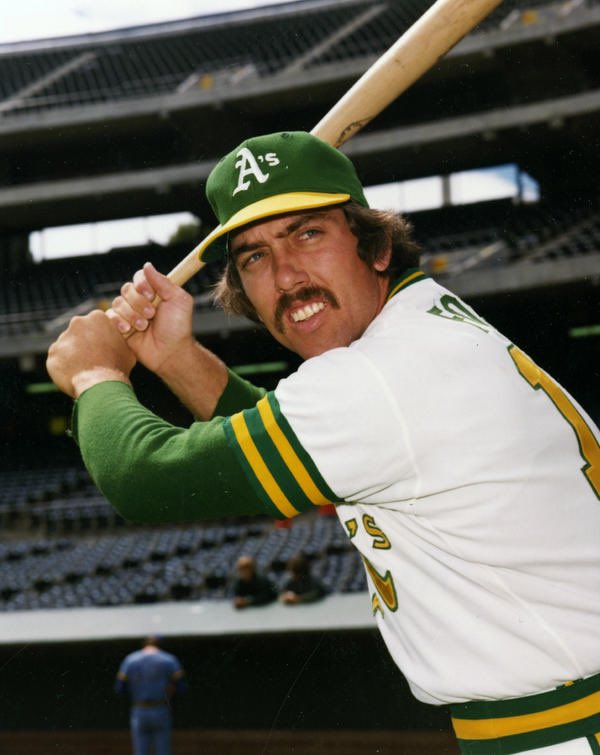 Eireann Dolan
@EireannDolan
There are so many great Ray Fosse moments, but my favorite has to be the time he and Glen Kuiper met the Phillie Phanatic

@Indians
We are saddened to learn of the passing of Ray Fosse. In 8 seasons with Cleveland, Ray became a fan favorite. The two-time All-Star and Gold Glover was selected as a member of the Indians Top 100 players in 2001. Our thoughts go out to his family and friends during this time. 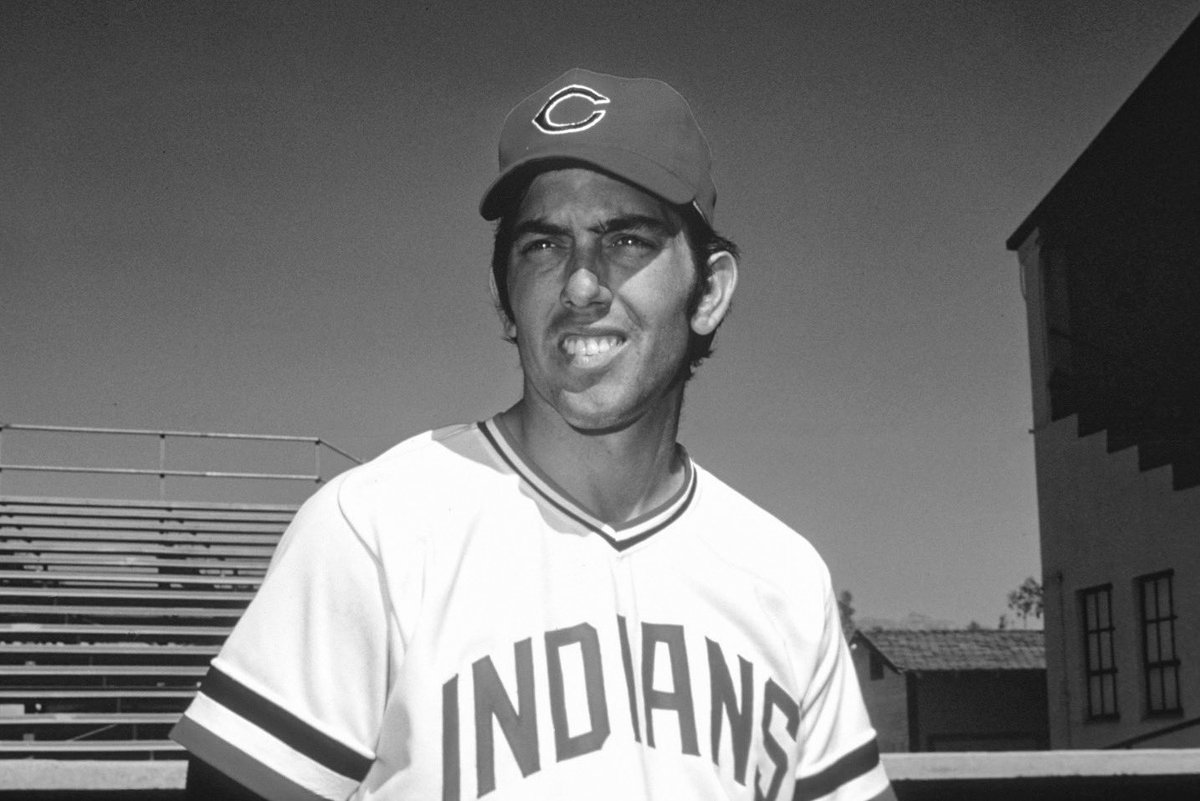 @RealJoshReddick
I am so heartbroken. Ray Fosse was such a special person for not only myself but for the @Athletics organization. Rest In Peace my friend. We love you!
14 Oct, 01:22 AM UTC

@MLB_PR
Tonight we remember Ray Fosse, who has passed away at 74. The two-time @Indians All-Star catcher was a key part of two @Athletics World Championship teams before becoming a beloved broadcaster in Oakland. We send our condolences to the loved ones of this class act.
14 Oct, 01:00 AM UTC

@BrodieNBCS
I will miss the trademark “wow”s, the over-glorification of every single catcher to put on the gear, and the fixation during ballpark food cutaway shots. But selfishly I will miss the regular ribbings that came from Ray Fosse. 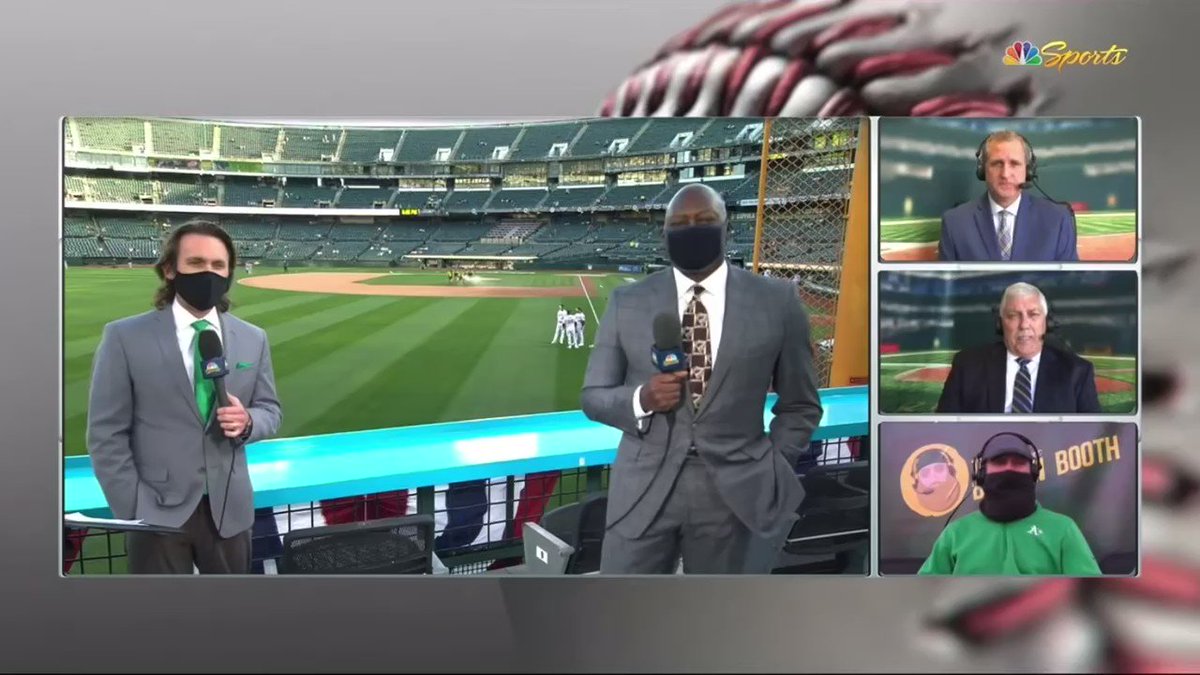 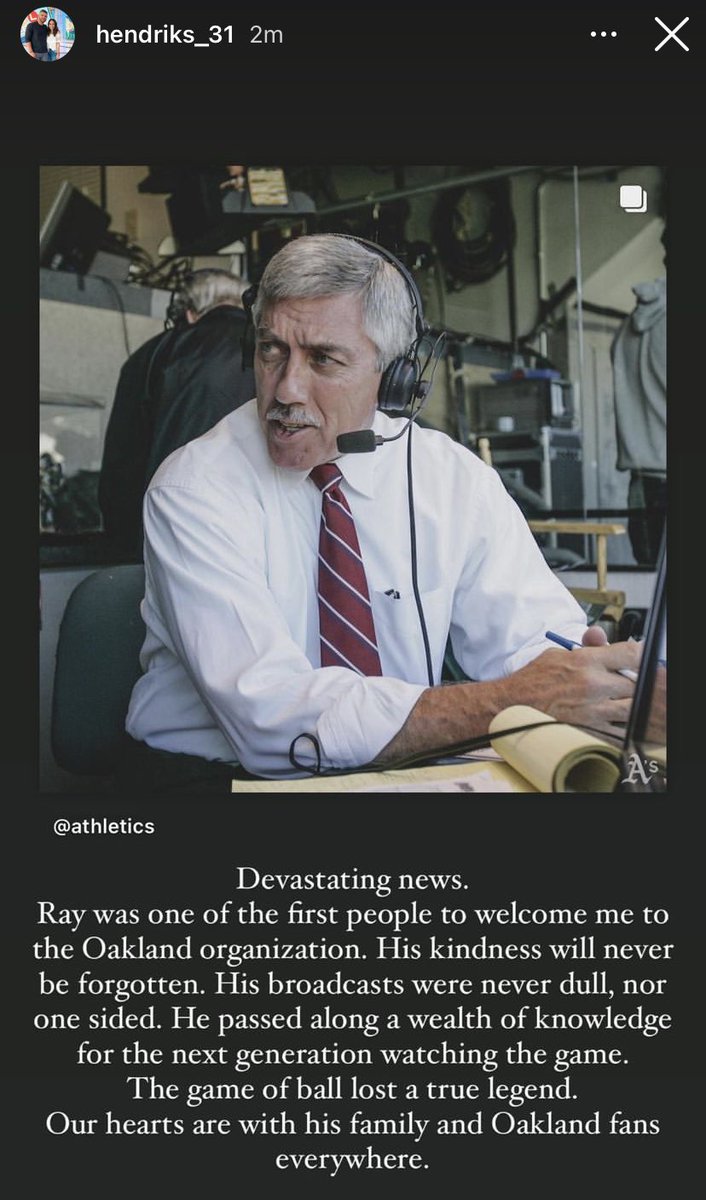 @JohnSheaHey
Such terrible news. Ray Fosse, synonymous with A's baseball since the '70s, has died. Well respected and liked around the game, a friendly face and voice at the ballpark, always willing to share his knowledge and stories. He'll be missed by all.
14 Oct, 12:57 AM UTC

@AP_Sports
Ray Fosse, the strong-armed catcher whose career was upended when he was bowled over by Pete Rose at the 1970 All-Star Game, has died. He was 74. https://t.co/hSDoOEYHLQ
14 Oct, 02:30 AM UTC

@baseballmarty
Just saw the news that Ray Fosse passed away..I’m so sorry & give my deepest condolences to Carol and the family..Ray was always incredibly kind to me..he was a good supportive friend..he loved his family deeply..his impact on Bay Area baseball will be forever..RIP my friend
14 Oct, 12:47 AM UTC

@Plesac19
RIP to one of the great gentlemen in MLB …. Ray Fosse was a terrific player and broadcaster…. Voice of the @Athletics …. He will be missed but never forgotten. Always enjoyed talking baseball with Ray at the ballpark. RIP. https://t.co/L12hd7Kxqk
14 Oct, 03:23 AM UTC

The Rickey Henderson of Blogs
@RickeyBlog
RIP to A's legend Ray Fosse 🙏 Won't be the same without your "Wows," love for catchers, love for baseball, love for the A's https://t.co/B2q7Kt6GsH
14 Oct, 01:58 AM UTC

JVAN
@VanderlansJim
Rest in peace to Ray Fosse who lost his battle with cancer and passed away today at the age of 74. #RIPRayFosse #Oakland #Athletics https://t.co/MCdQXlGTJj
14 Oct, 12:55 AM UTC

@ZakSports
When I did @Athletics pre & post game, I’ll never forget how kind Ray Fosse was to me. First time I met him we were in the press box bathroom at the urinal & he said, “You’re that Zakariah kid right? I love what you do. If you need anything, you let me know”. Salt of the earth.
14 Oct, 04:17 AM UTC

@ronkroichick
Talked to former #Athletics pitcher Dennis Eckersley about broadcaster Ray Fosse, who died today. Eck: "All I know is when I heard the news, it hurt. It kind of stops you. We had a major connection. He was like an older brother." Full story by @matthewkawahara posting soon
14 Oct, 02:13 AM UTC 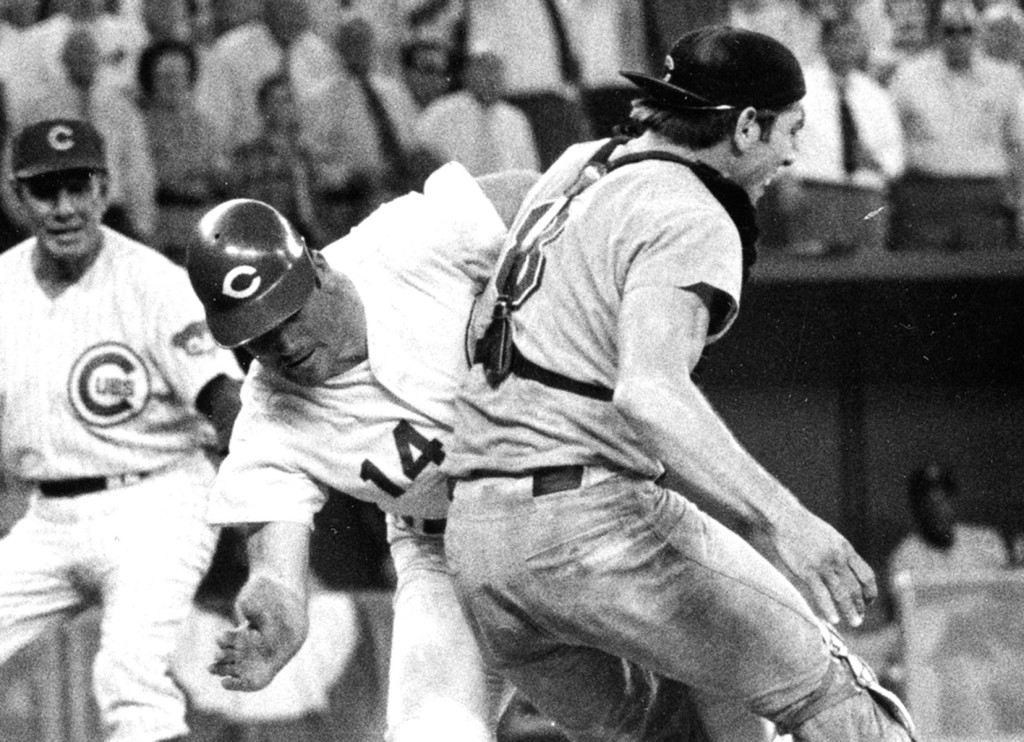 Johnny Doskow
@JDoskow
Really sad to hear about Ray Fosse. Was always so warm and welcoming. I always learned more about the game of baseball every time I talked to him. He loved the game but especially loved his Oakland A's. Will miss you Ray. RIP
14 Oct, 04:34 AM UTC

Jerry Trupiano
@JerryTrupiano
Years ago when I became a broadcaster in MLB Jack Buck told me one of the best things about working in the game is the good people you will meet. Today we lost one of the really good ones, Ray Fosse. May he Rest In Peace.
14 Oct, 01:39 AM UTC