Chess
@Chess_1967
If I had to guess where the #RefundWarren and #ITrustBernie hashtags started, I'd be looking at the same Russian troll farms that have been throwing gasoline on the fire of US politics for years. "Only a fool fights in a burning house." Stop falling for this bullshit. 1/
14 Jan, 05:06 AM UTC

Lumpy Louise
@LumpyLouish
Haha #RefundWarren is trending and Act Blue is claiming a "higher volume than normal" to requests for refunds tonight. You really don't hate to see it.
14 Jan, 02:52 AM UTC

Pat the Berner🌹
@PatTheBerner
#RefundWarren Act Blue is literally at max capacity from people asking for refunds of their Warren donations...on the eve of the last debate before Iowa. She was already in deep trouble, but the desperate & disgusting lying & smearing was unexpected. Karma works fast sometimes.
14 Jan, 07:21 AM UTC

@ScottPresler
Right now, #RefundWarren is trending because Elizabeth Warren confirmed that Bernie Sanders said he didn’t think a woman couldn’t win the presidency. He denies it. Is Warren lying or is Bernie lying? 🤔
14 Jan, 01:40 PM UTC

The Hoarse Whisperer
@HoarseWisperer
The #RefundWarren hashtag is so dumb, I’m going to re-fund Warren with a donation.
14 Jan, 05:04 AM UTC

Rabbi Jill Zimmerman
@RabbiJill
It is disingenuous for Bernie supporters to be leading an attack on Warren for her supposed attack on Sanders (which is what ???) Are Bernie supporters doing the Clinton smear thing again from 2016? I am NOT here for it. Not sexist at all, huh? #RefundWarren
14 Jan, 02:38 AM UTC

Santiago Mayer
@santiagomayer_
All the Bernie Bros making #RefundWarren... 🤦‍♂️ Y’all cost us the election last time around, are you really gonna do it again?
14 Jan, 04:56 AM UTC

Keith Rubino
@KeithARubino
Twitter is a bloodbath right now. It has been all day tbh. @ewarren you really shouldn’t have done what you did. That story wasn’t even remotely true of Bernie himself and for you to fundraisers off of it— ugh. #RefundWarren is trending and I understand why. Shameful.
14 Jan, 03:47 AM UTC

@Amy_Siskind
I just made another donation to @ewarren. She’s my #2 candidate but I cannot stand to see Bernie Sanders and his Bernie Bros doing the same thing misogynistic shit they did to Hillary Clinton. He could stop this at any time. This is not leadership. #RefundWarren 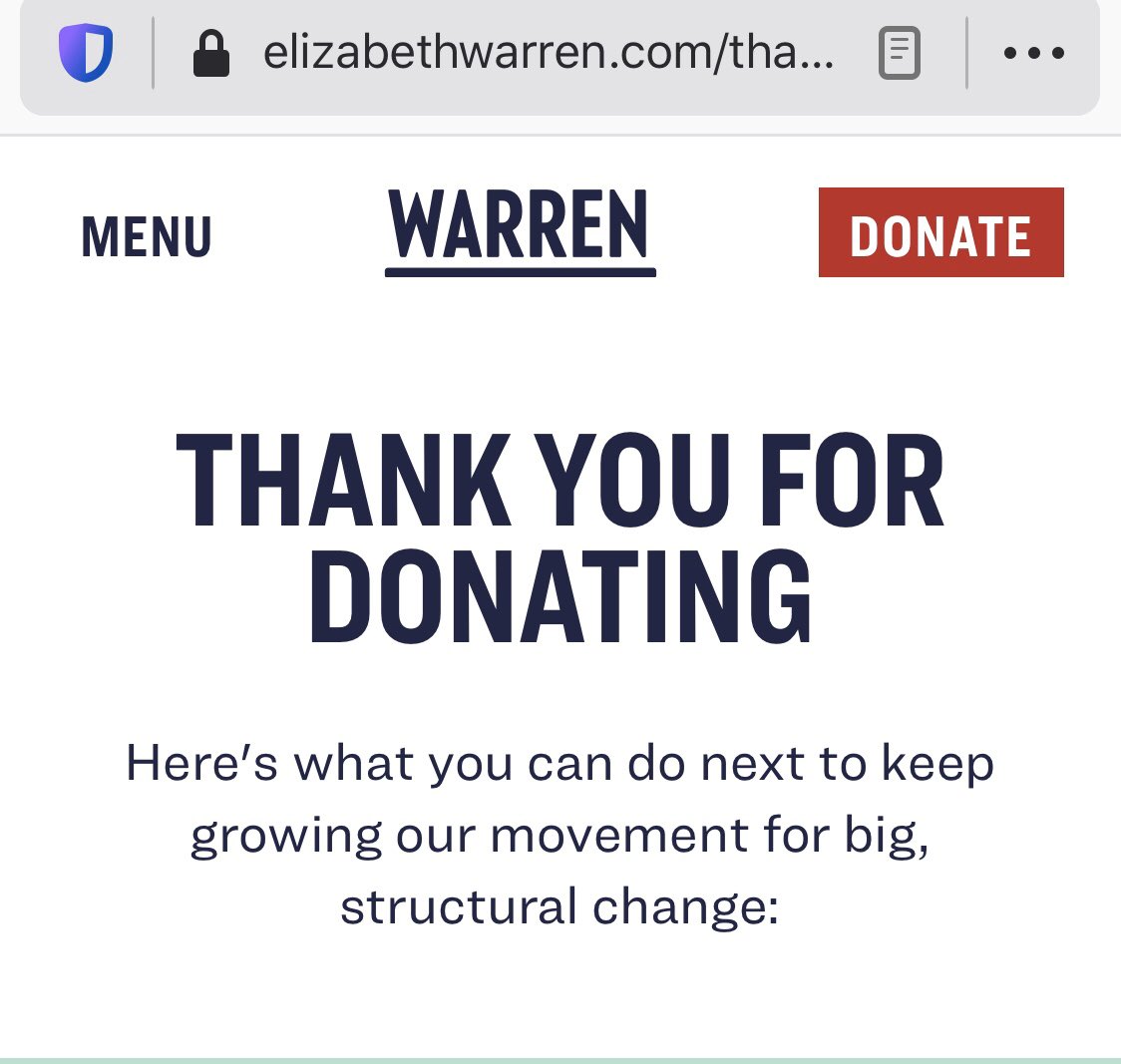 Amee Vanderpool
@girlsreallyrule
Bernie supporter attacks are nothing new, especially against female candidates-we went through it in 2016. Hence, #RefundWarren. Bernie Sanders and some of his supporters maintain a level of misogyny that is unacceptable. When someone shows you who they are, believe them.
14 Jan, 01:13 PM UTC

@WalkerBragman
Case-in-point: #RefundWarren and #ITrustBernie are the two most trending hashtags right now. Can’t help but feel Warren made a grave miscalculation.
14 Jan, 05:26 AM UTC

Berntrooper🌹🏴
@BadAim2048
@krystalball @Residue2020 @ewarren Anyone who donated to Warren and wants a refund let's get this trending 👉 #RefundWarren
14 Jan, 12:56 AM UTC

Geoff Campbell “Bernie Bro tough guy” (MiamiGator)
@GeoffMiami
I have consistently named @ewarren as my #2 choice for President, but after the shady actions of her campaign over the last few days I’m officially done supporting. I honestly regret trusting her to play fair. 💔 #RefundWarren

Ԍεοϝϝ 🌹
@SpittingBack
"We shouldn't underestimate just how tone deaf Elizabeth Warren can sometimes be...I think this latest leak from somebody close to the Warren campaign, fairly ill-disguised fingerprints there from the Warren campaign...is an example of that." #RefundWarren 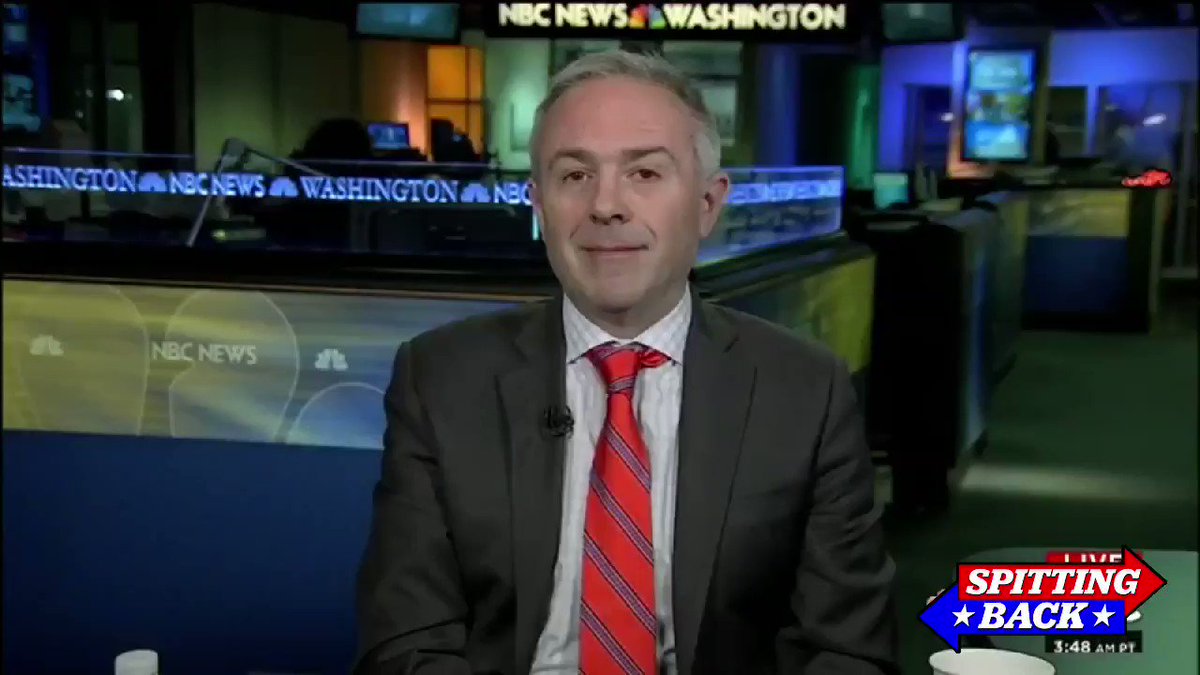 Leila Charles Leigh 🌹 - Purity Tester
@leilacleigh
#refundWarren is now trending nationally. This disgusting smear against her "friend" Bernie will be the final nail in her progressive political career.
14 Jan, 03:54 AM UTC

@AndreaChalupa
If you're taking the bait of "divide and conquer" that the far-right benefited from in 2016, then you're not helping yourself or the candidate you support. Stop with this #RefundWarren. https://t.co/bZDsksNEA9
14 Jan, 12:48 PM UTC

Joshua Manuel Bonet 🏳️‍🌈
@joshuabonetpr
The Bernie cult has been attacking @ewarren for way too long. They’ve minimized her achievements, called her a copycat and questioned her integrity. The worst part is that Bernie never stopped this madness. I’ll be donating more money to her campaign now. #RefundWarren? Never.
14 Jan, 06:47 AM UTC

Matt Johnson
@HotPockets4All
I see the garbage troll in Russia is back to it with these stupid #RefundWarren and #Expose2020 tags. Buckle up, America; Putin's still driving the car and now he's brazenly doing it with the top down. https://t.co/sOAWWrshcs
14 Jan, 03:18 PM UTC

Progressive Individual (liberal)
@djaletae
38 years ago @BernieSanders was fighting for women's rights while Liz was a republican. It's easy to ignore the truth or to sway your opinion in selfishness. I'm glad he's still the same guy. #RefundWarren #ITrustBernie https://t.co/6vATeIemqg
14 Jan, 02:27 PM UTC

Cooper
@Cooperstreaming
I love the hoard of Bernie Bros tweeting #RefundWarren as if their opinion on this matters. A woman says a man said a very common, sexist thing to her. They assume she MUST be a lying & seek to punish her. It’s “of course I’d vote for a woman, just not this one” personified.
14 Jan, 06:15 AM UTC

cursed-dem wine cave
@kallllisti
If you're interested in having your donation to Elizabeth Warren refunded - 🔹 Go to Act Blue[dot]com 🔹 click "Contact us" 🔹 select "Other" 🔹 input donation refund details (amt/Order #) & say "I'd like to refund." They will email to confirm. #RefundWarren https://t.co/D9WVDYx4Ki
14 Jan, 03:42 PM UTC