Legion Hoops
@LegionHoops
Just a heads up: the Rockets own every Nets first-round pick/right to their pick until 2027… This could get ugly… fast.
23 Jun, 08:54 PM UTC 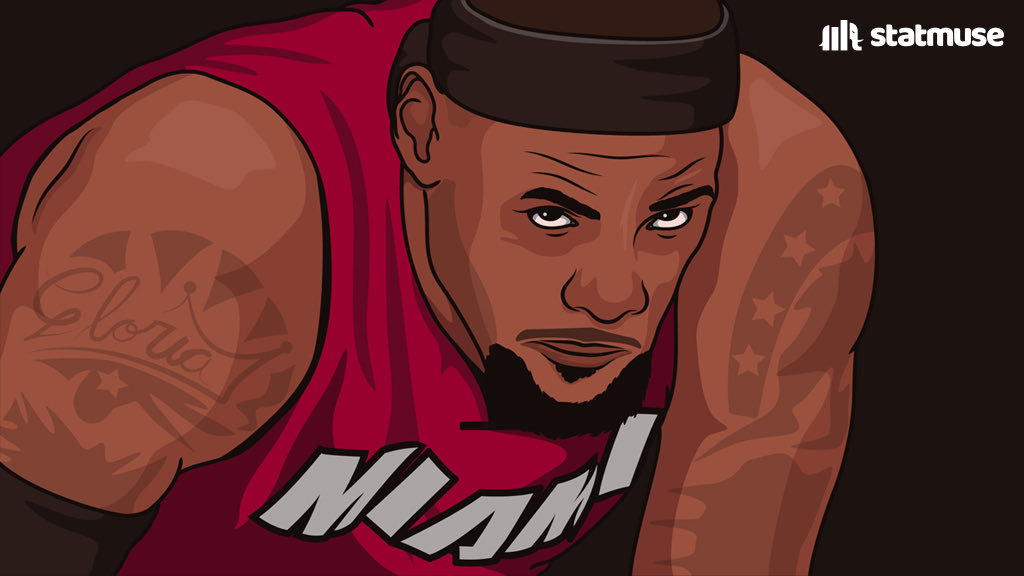 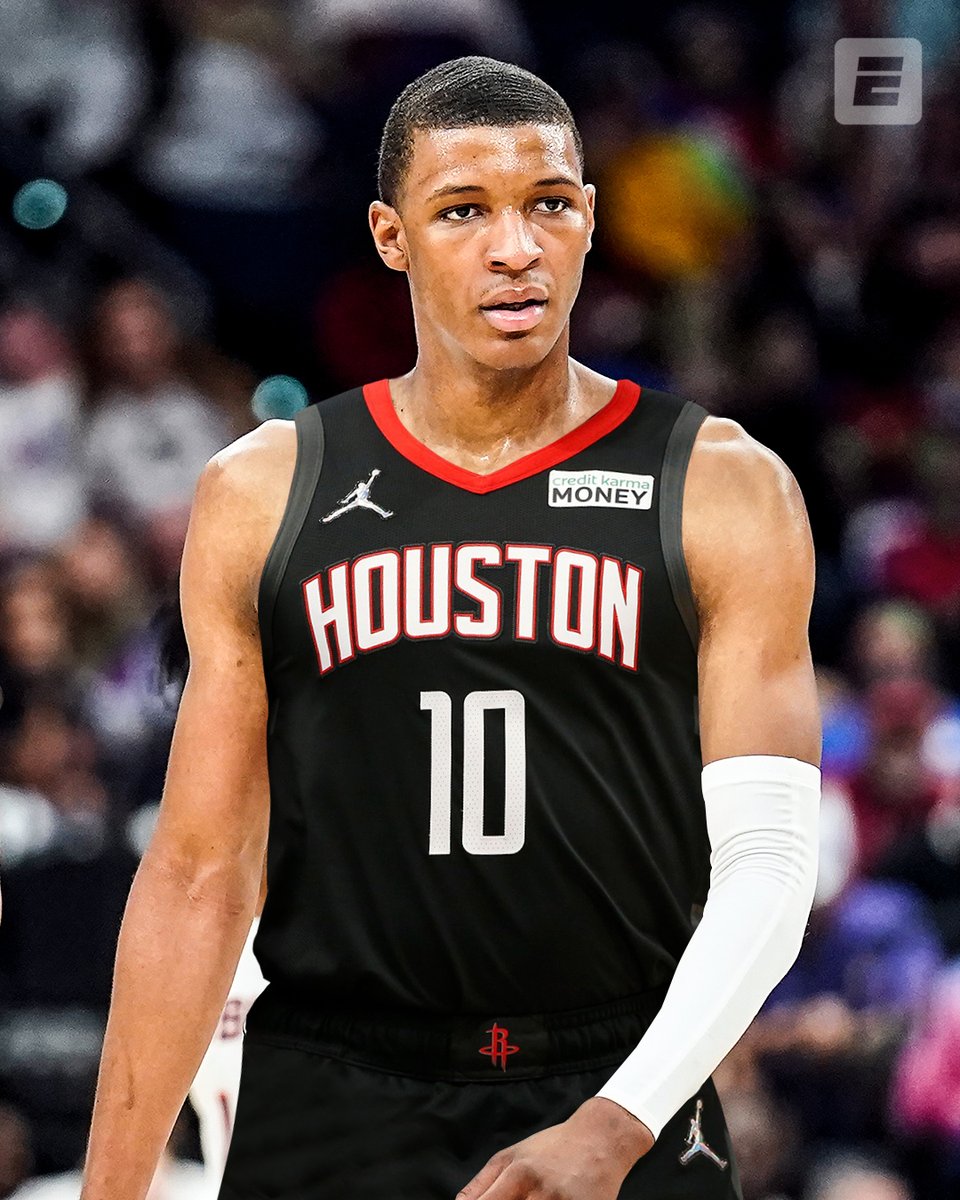 @Rockets_Insider
Jabari Smith: "I'm happy to be where I'm wanted. I'm glad they took a chance on me. I'm ready to get in there and show them they made the right decision." #Rockets
24 Jun, 12:53 AM UTC

@espn_macmahon
The Rockets feared being stuck in NBA purgatory when James Harden forced a trade. GM Rafael Stone: “The NBA punishes the middle.” So they loaded up on picks, projects and patience. ESPN story about the Rockets rebuild that’s still in the early stages: https://t.co/N1pDYc30Bc
23 Jun, 01:31 PM UTC

@NBAonTNT
Houston’s newest addition 🚀 The Rockets select Jabari Smith Jr. with the No. 3 pick in the 2022 #NBADraft 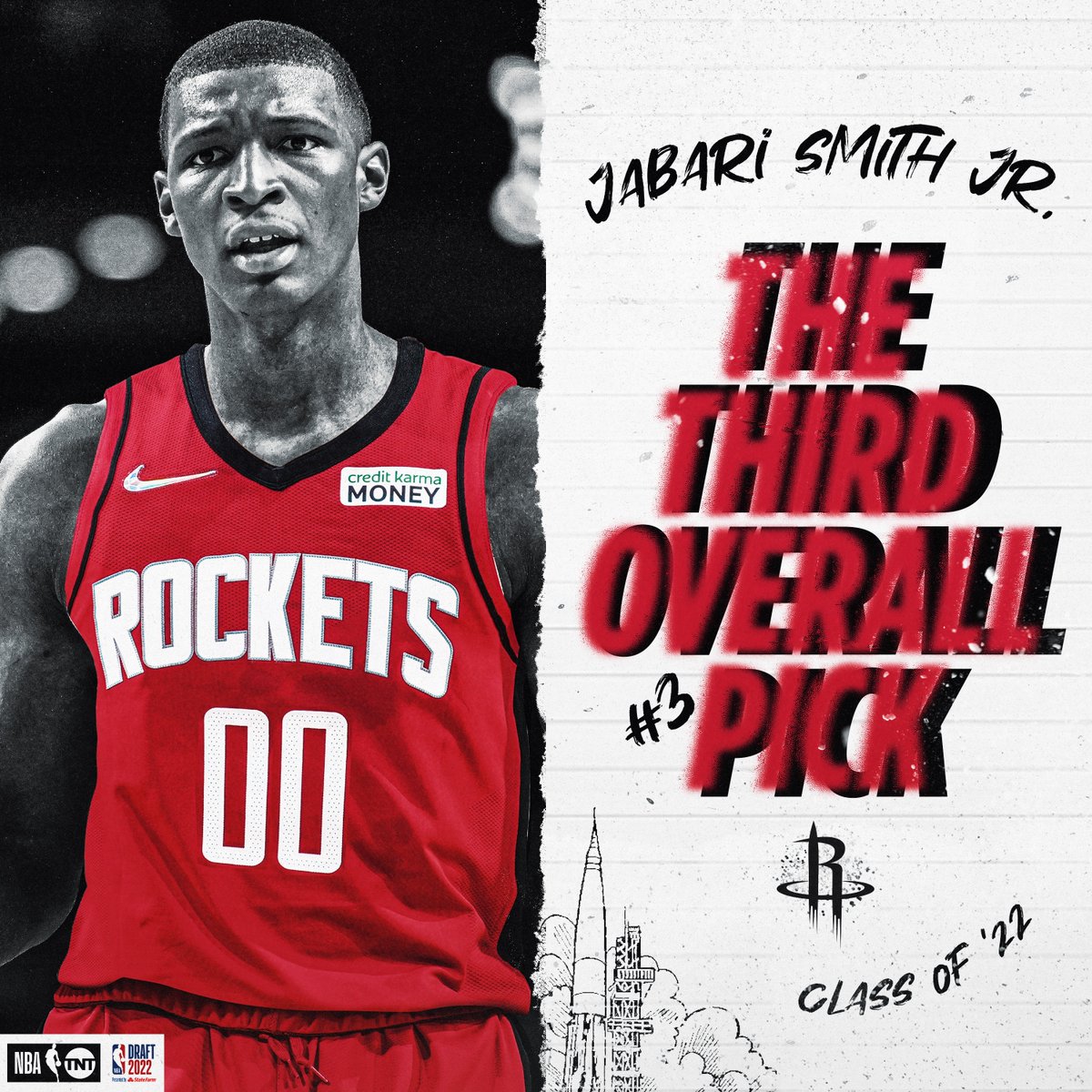 @ESPNNBA
TyTy Washington was selected No. 29 overall by the Grizzlies and traded to the Houston Rockets! 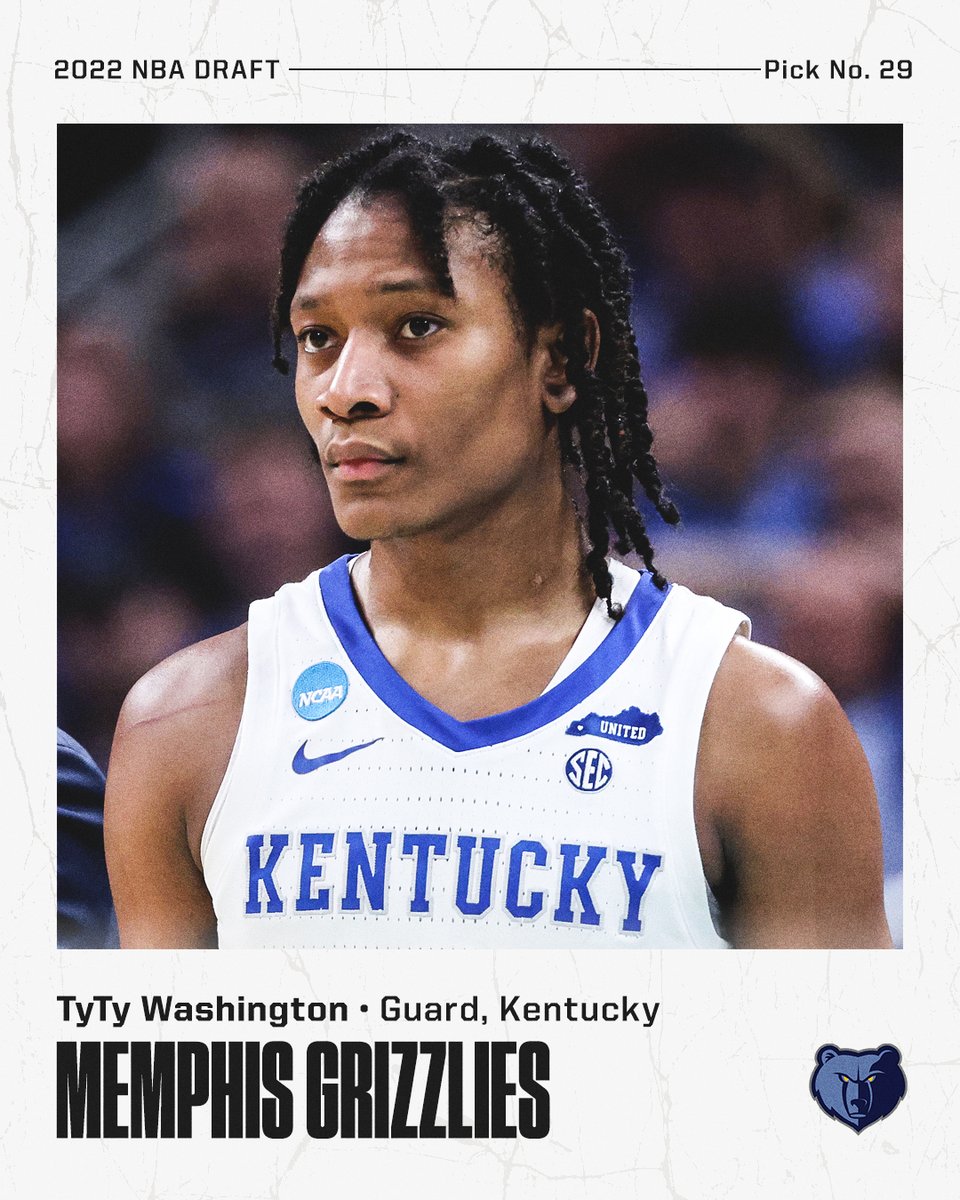 @EuromaidanPress
🇺🇦farmers harvest wheat amid Russian rockets, crossfire To help with the wartime strain, farmers had united to work out logistics. Russia’s invasion has hit some of the most productive 🇺🇦agricultural land disrupting supplies & pushing up food prices-WSJ https://t.co/oFUQzmXCMU
24 Jun, 04:05 AM UTC

@Rockets_Insider
Rafael Stone: "When we talk about position for us at the #Rockets, we tend to think more about defense than offense." "In time, we expect Tari Eason to guard 1-through-5...I think Jabari can switch 1-through-5, more 3-4-5 defensively." #Rockets
24 Jun, 05:00 AM UTC

@ChancellorTV
@Rockets_Insider: “What stood out when you watched Jabari Smith Jr. on tape? Rafael Stone (with a smile): “I noticed when he shoots, it usually goes in.”
24 Jun, 04:47 AM UTC 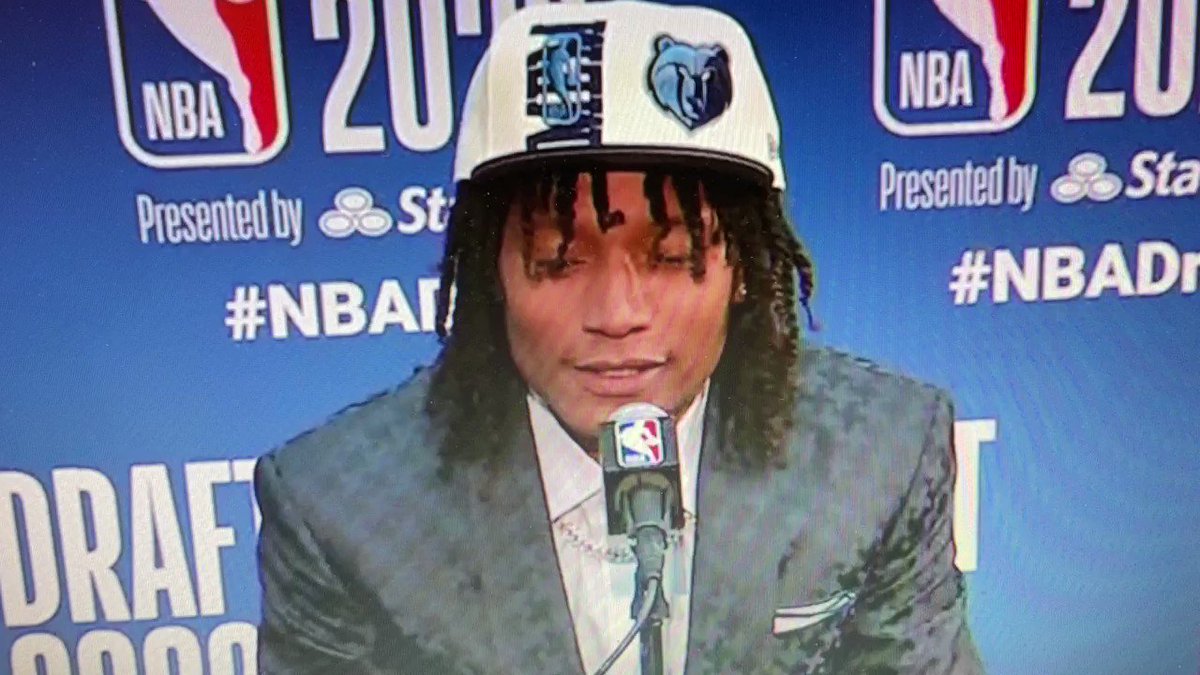 @MarkBermanFox26
.@jabarismithjr on being teammates with @JalenGreen and the Rockets young corp of players: “The most thing I’m looking forward to is just growing with them. Over the next few years, growing with them..learning from them, building that relationship so it can transfer to the court” 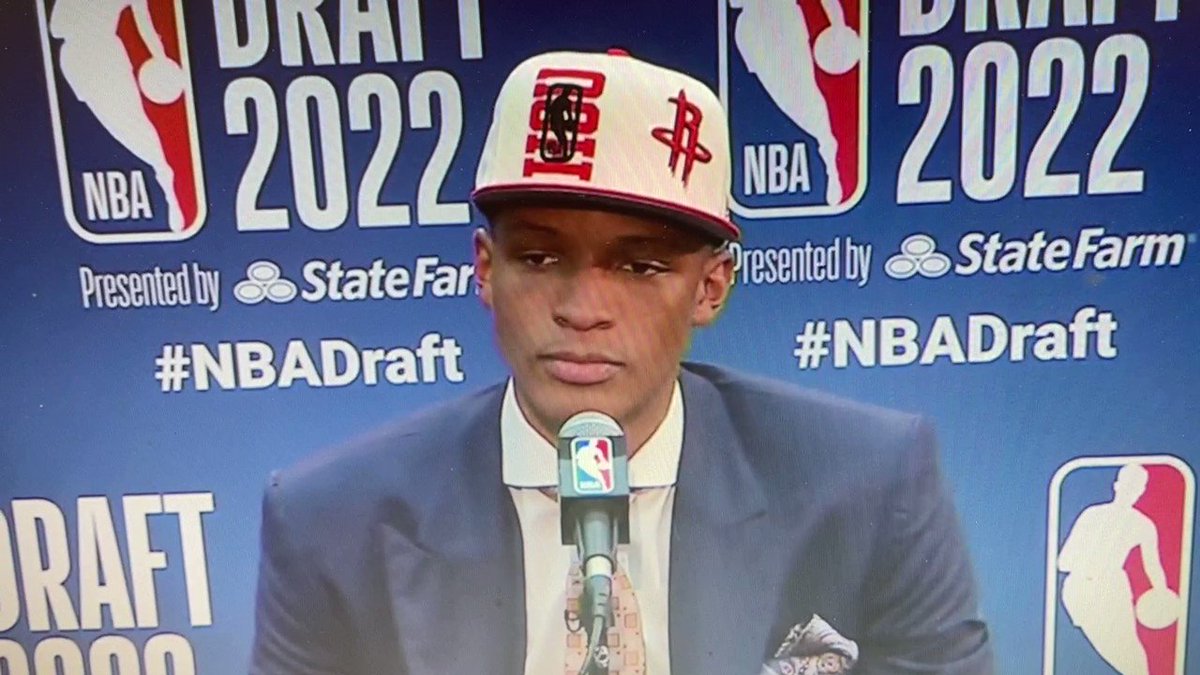 @Jonathan_Feigen
Guessing Rafael Stone was quite pleased with the Rockets' draft haul. Just sent a post-draft story in which he said "excited" eight times, "happy" twice and I did not come close to using every time he said either. And this is a guy that prefers not to show how he feels.
24 Jun, 05:52 AM UTC

John Crumpler
@JohnHCrumpler
Houston has been preaching a desire to improve defensively all off-season With the 17th pick in the draft, they made a major investment in doing so with the selection of LSU's Tari Eason. Some quick thoughts here on @TheRocketsWire #Rockets https://t.co/JVUAmL8inx
24 Jun, 03:00 AM UTC

@SportsTalk790
Here’s what it sounded like as @jabarismithjr joined the guys from 790 as a new member of the @HoustonRockets! #Rockets Hear the entire interview here: https://t.co/rt0GeVNuqT 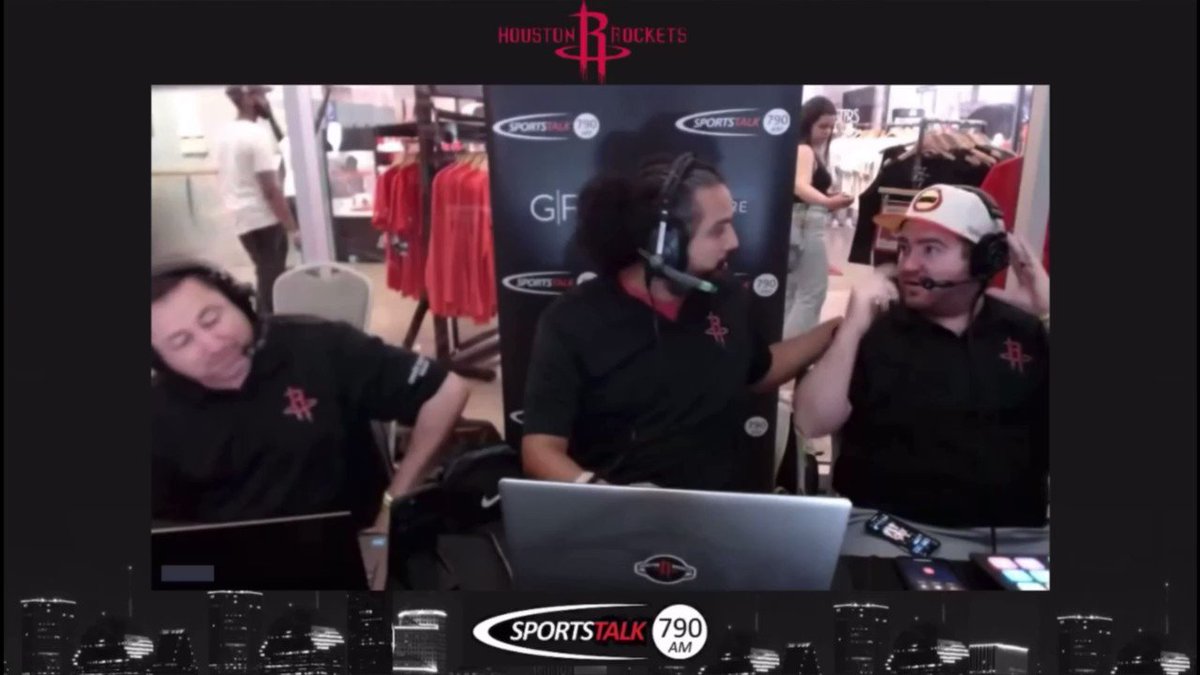