Russian is trending on Twitter. Popular tweets on Russian.

@ChrisMurphyCT
Joe Biden - and all of us - SHOULD be furious that media outlets are spreading what is very likely Russian propaganda. 1/ I’ve seen the intel. The mainstreaming of misinformation is Russia’s 2020 goal. Here’s what we know, and why we can’t take it lying down.
17 Oct, 12:58 PM UTC

@RyanAFournier
Adam Schiff is blaming Hunter’s emails on “Russian Disinformation.” This moron lied to us for years about “Russian Collusion,” and expects us to believe him now? Sit down.
17 Oct, 12:51 AM UTC

@RyanAFournier
The Hunter Biden emails are not a Russian disinformation campaign.
17 Oct, 03:19 AM UTC

@BuckSexton
From “There is no Hunter Biden story” to “it’s Russian disinformation” to “Come on, who wouldn’t sell dad’s role in foreign policy to the highest bidder? No big deal.” in less than a week! Lib media, your intellectual cowardice and corruption remain legendary.
17 Oct, 12:16 PM UTC

BrooklynDad_Defiant!
@mmpadellan
To Paula Reid and everyone else in the media who wants to LAUNDER Russian disinformation: HUNTER BIDEN IS NOT RUNNING FOR PRESIDENT. Drop the 2016 playbook, mmkay?
17 Oct, 02:28 PM UTC

@matthewjdowd
There are just too many in the media that haven’t learned the lessons of 2016. Pushing false Russian propaganda, obtained by nefarious means, and only highlighted initially by a questionable news platform is not journalism. It is actually the opposite of real journalism.
17 Oct, 11:42 AM UTC

@adamhousley
For those calling this a hoax....or calling John Paul a Russian agent...better change your rhetoric...or he’s gonna be a very rich man.
17 Oct, 01:52 AM UTC

@MarkDice
Biden campaign has NOT denied the authenticity of "Hunter's Laptop" and emails. Media is calling it a "Russian disinformation campaign" so that means they're real.
17 Oct, 12:38 AM UTC

@ChrisMurphyCT
3/ Andriy Derkach was a top Russian agent. He was unmasked by the Treasury Dept this summer. Derkach and his team recruited Guiliani and have been feeding him info all year. The White House knew this. https://t.co/kxXA84fynC
17 Oct, 12:58 PM UTC

@ChrisMurphyCT
5/ And you don’t have to believe me. Believe the Department or Justice - Trump’s own FBI is investigating the “leaked” Hunter Biden emails as Russian spycraft. https://t.co/iZ5sAD50FT
17 Oct, 12:58 PM UTC

@funder
Trump and Giuliani both met several times years ago with the Moscow Mayor they’re saying Hunter Biden got paid by. I’d like to know why these facts weren’t in Sen. Ron Johnson’s “report.” Oh, because it’s Russian propaganda and this entire story is misinformation nonsense—Got it.
17 Oct, 12:33 PM UTC

@AdamParkhomenko
I would like to know if CBS and its reporters are going to continue to facilitate Russian attacks on our democracy.
17 Oct, 02:30 PM UTC

BrooklynDad_Defiant!
@mmpadellan
I have no more goddamn patience for these news nitwits who are IGNORING mountains of trump scandals, and using Russian disinfo to smear the only DECENT man running. It is infuriating, dishonest, and STUPID. DO BETTER, DAMMIT.
17 Oct, 03:09 PM UTC

@nickschifrin
Our @NewsHour report: a senior former intelligence official tells me President Trump’s entire national security team warned him that Giuliani’s information coming out of Ukraine was likely Russian disinformation, and that Trump shrugged the warning off.
17 Oct, 12:05 PM UTC

@brithume
It is, but much of the press is ignoring it or treating it as Russian disinformation. Biden is refusing comment, calling it a smear. That’s not a denial. https://t.co/7tdF6WfeIZ
17 Oct, 01:36 PM UTC

John P. Flannery
@JonFlan
Rudy & I served as prosecutors together. I knew Rudy when he was a Bobby Kennedy Democrat. We worked together. I sold my apt. to Rudy. Public life led him to the dark side. Now he’s a dupe or agent of Russian interference in our presidential election. https://t.co/bS5SQV86nY
17 Oct, 01:01 PM UTC

@DonaldJTrumpJr
Have you asked the Biden campaign whether the emails are authentic or Russian disinfo, since you’re implying that you’re doing your job??? I think America would really really really want to know and have Joe Biden on the record. I’ll wait! https://t.co/LUcAGvufJE
17 Oct, 05:01 PM UTC

August Takala
@AugustTakala
TUCKER: "This afternoon, we received nonpublic information that proves it was Hunter's laptop. No one but Hunter could've known about or replicated this information. This is not a Russian hoax. We are not speculating." 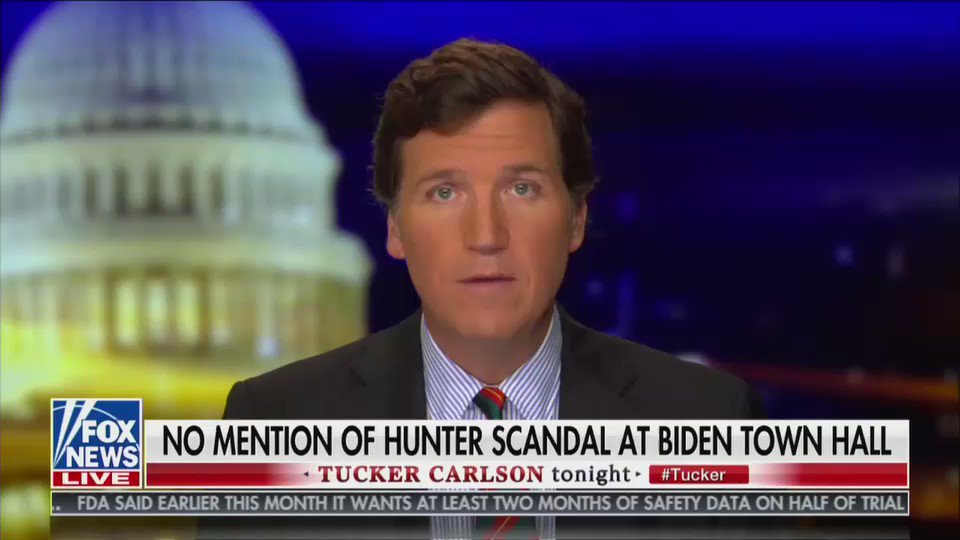 George Conway
@gtconway3d
It should go without saying that leaking information stolen by Russian intelligence (Giuliani 2020, perhaps) is actually even worse than finding out whether someone else (Wikileaks) is going to do leak such information (Stone, 2016). https://t.co/xfnJNQxV0Q
17 Oct, 04:16 PM UTC

@McFaul
"Story"? That's not the right word to describe a hit piece so false that Twitter wont even post it? Reminds me of when I was U.S. Ambassador to Russia & Russian trolls used to ask about the "pedophile video" about me. By discussing disinformation, you legitimate and amplify it. https://t.co/xZVd6cRItg
17 Oct, 03:55 PM UTC

The Columbia Bugle 🇺🇸
@ColumbiaBugle
Tucker Carlson's Update On Hunter Biden Scandal "There are materials on the hard drive of that computer that no one but Hunter Biden could have known about or have replicated. This is not a Russian Hoax." "The laptop in question is real. It belonged to Hunter Biden." 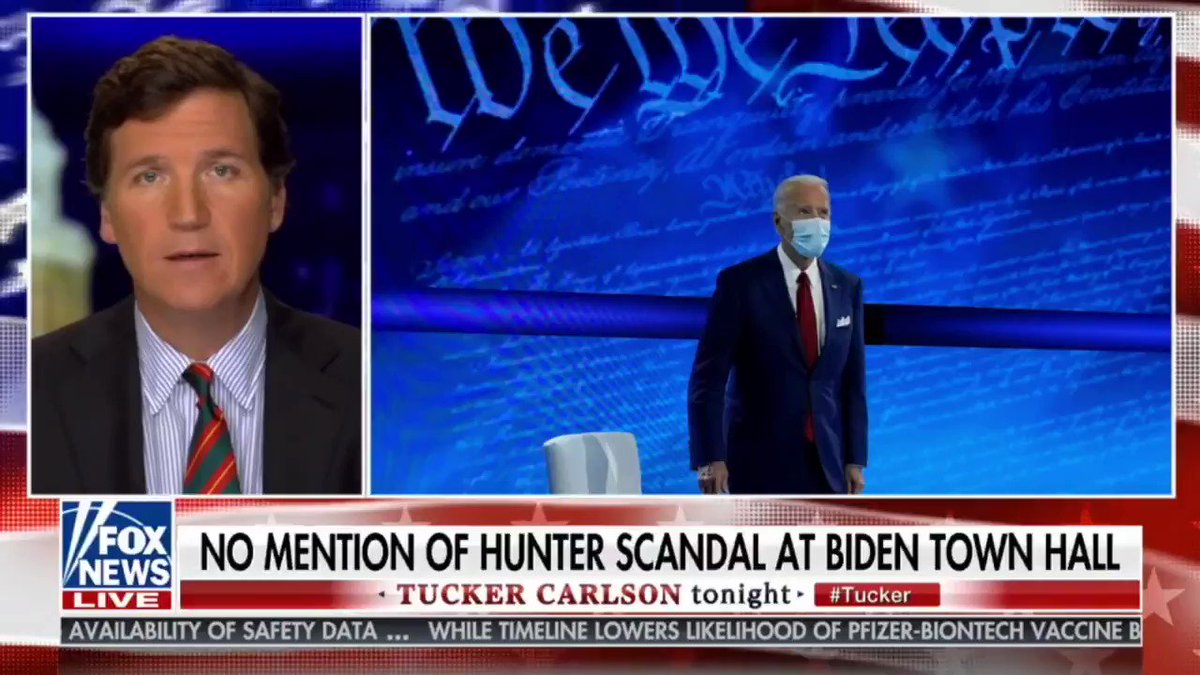 @YNB
@BoKnowsNews That you asked him about a Russian-fueled smear campaign says everything about YOU, boo-boo.
17 Oct, 01:58 AM UTC

@mtracey
The certainty with which pundits and politicians have proclaimed the Hunter Biden stuff to be "Russian disinformation" is amazing. The authenticity of the materials hasn't even been disputed. If forgeries were going around in your name, isn't that the first thing you'd say?!?!
17 Oct, 04:26 PM UTC

Mrs. Krassenstein
@HKrassenstein
Why is it even remotely OK that Rudy Giuliani just admitted that the fabricated dirt he received on Biden may have been from a Russian agent?
17 Oct, 05:29 PM UTC

Ahmed Baba
@AhmedBaba_
Michael Cohen on MSNBC predicts that if Rudy Giuliani gets caught by investigators in this Russian disinformation scheme, Trump will drop Giuliani just like he dropped Cohen.
16 Oct, 10:40 PM UTC